The whole parcel of the Democratic County Delegates came here to see me yesterday, every one was for Riters' appointment, and equally resolved against Thompson’s, of whom they mentioned such things as ought to put it out of the question, whether Riters is the man or not, Thompson ought not to be. 1. After representing his notorious & profligate want of integrity in much stronger terms than my last letter to you did, they say, 2. That for some reason or other he is very odious to the Irish, who abound, you know, in this quarter, and that their estrangement <per> Mr. V.B. is as sure as his appointing T Mr. Doran, a member of the Reform Convention, either Irish himself, or the son of an Irishman and the <pet> of the Irish species very decisively to that effect. 3. They add that Thompson is a contrivance of Page the Postmaster to prevent Riter's appointment. Page, you are perhaps aware, is a great regulator of our Session politics here, a great meddler in Executive appointments, much too much so either for the good of the administration, the party or himself for it has made him many bitter enemies. He and Read tho’ Dist Atty are at daggers drawn, and as Read is for Riter, Page is afraid of the Marshal’s little patronage & influence passing into hands not controlable by him. His candidate was Brevil: but finding that Brevil had no chance, Page has put up Thompson, for either of two results, viz. his, Thompson's selection, or, at any rate, his embarrassing the President’s choice, so as at any rate to drive it from Riter

Read is for Riter, simply because he ought to be, i.e. he would be acceptable to the court, the bar and the community, a gentleman in manners and intercourse. Page is against Riter, because R wd. not be his man

I am solicitous, for the President’s sake, 1. that he should not appoint Thompson, 2. that he the President should mark his independence of Page (who is doing the cause mischief by his extensive vicegerency) and 3. that he should appoint Riter, although, as to that less anxious than for the other 2 postulates

We have a world of trouble here with selection of candidates and the election, and Page, <Benhem>, rotation and <illegible> for office are, if not the greatest difficulties, continually the most talked about.

This letter is of course confidential, for the President alone 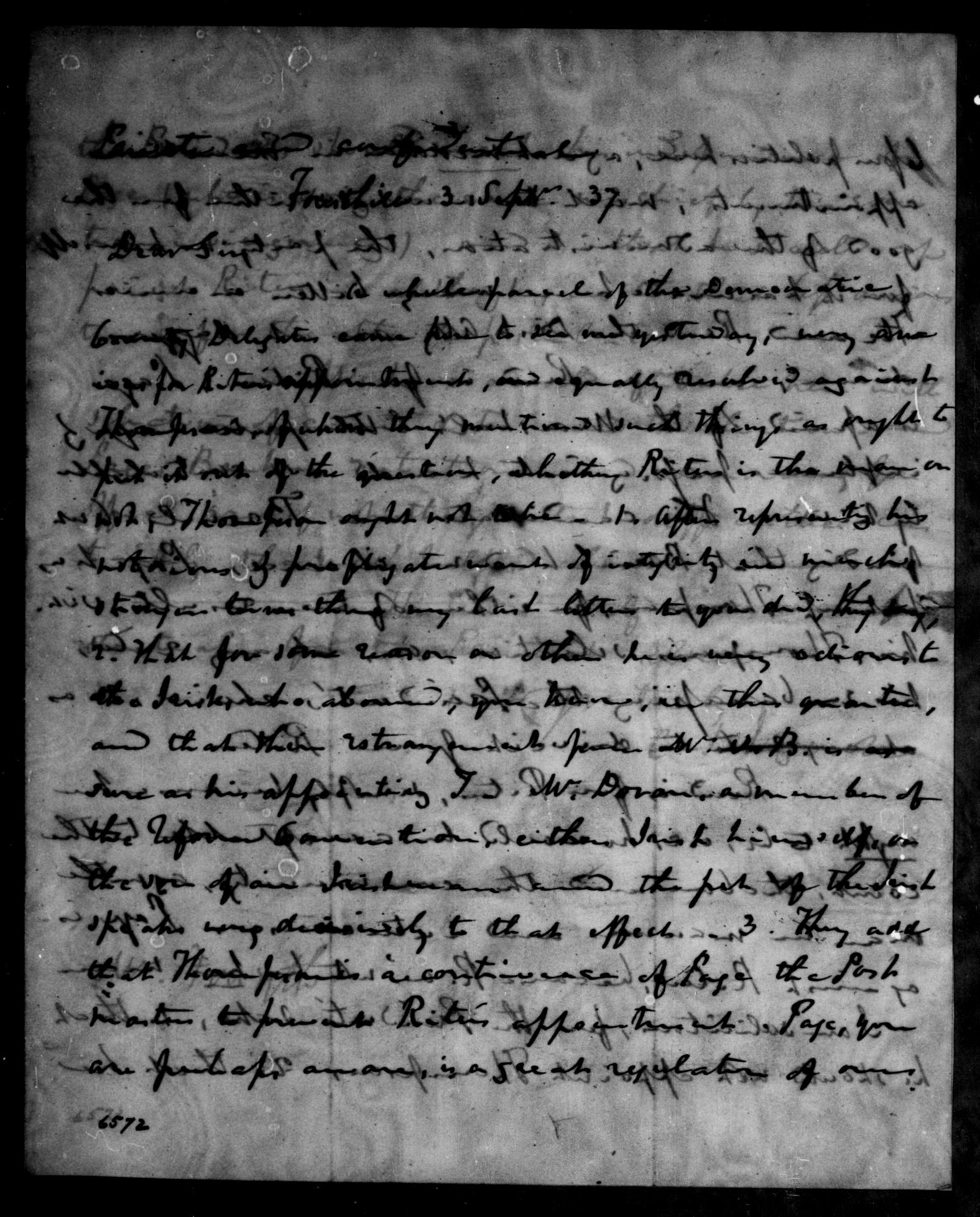 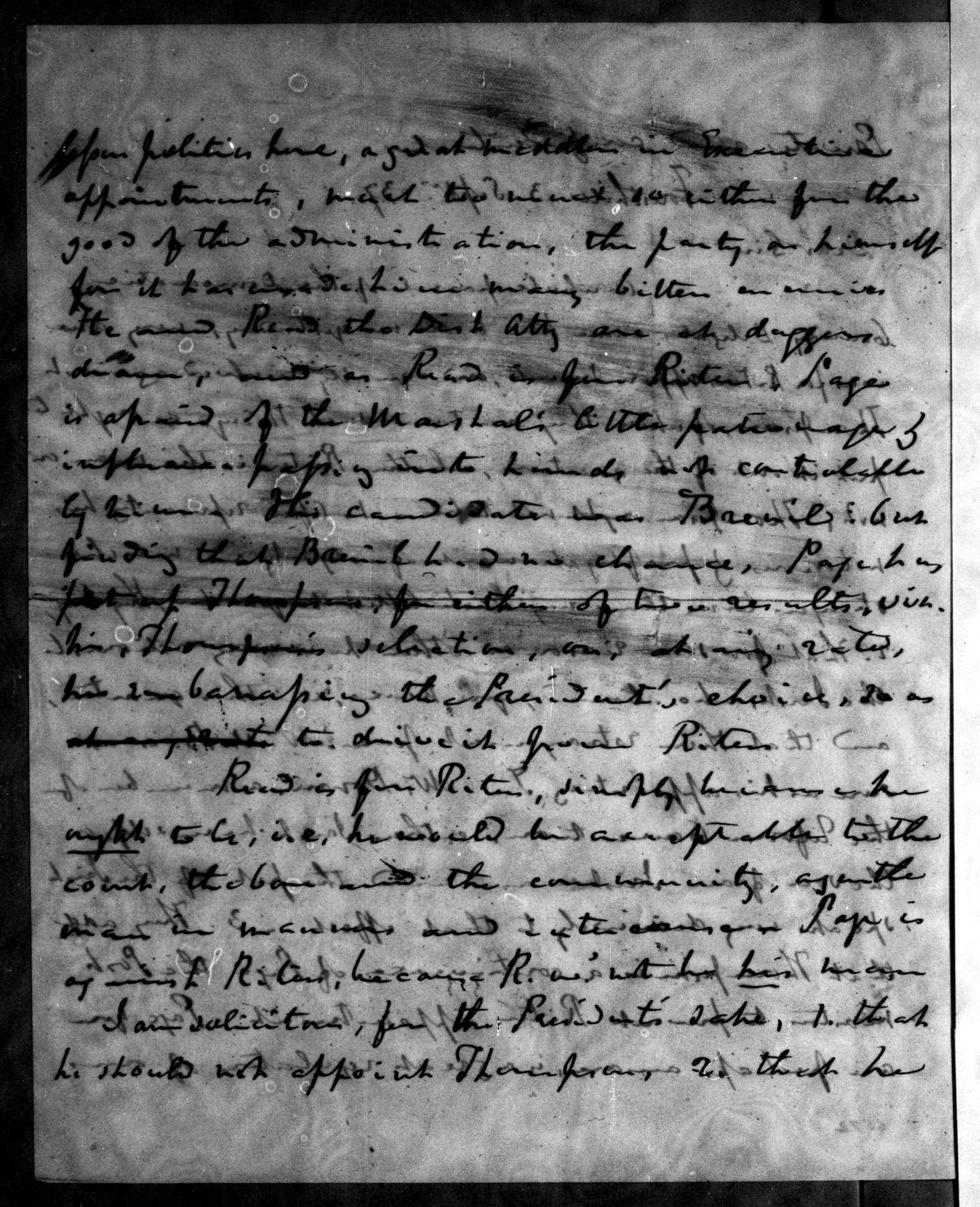 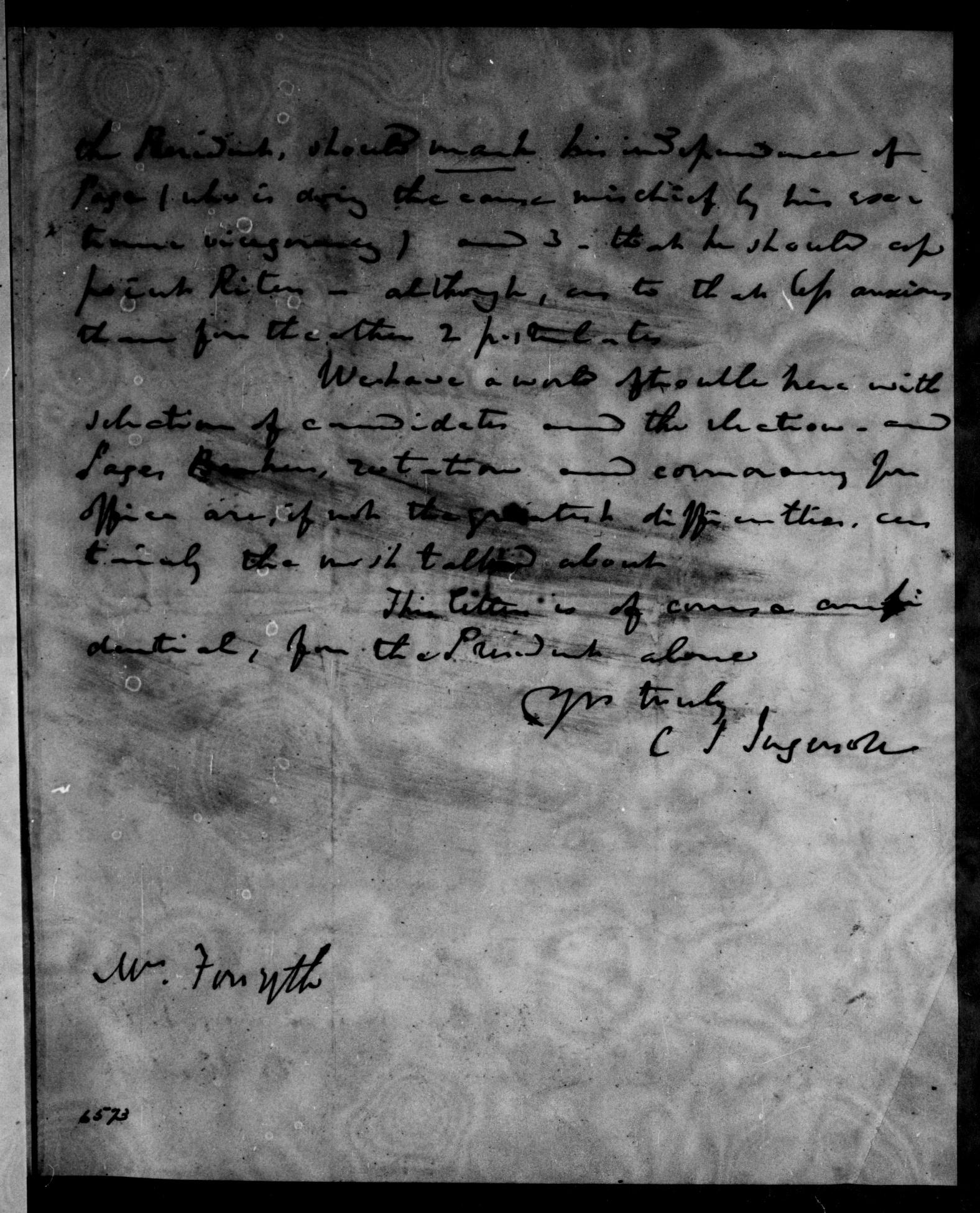