It has been some time since I wrote you, and, as you do not reply to my letters, I might conclude that my letters were not well received, but, as I know your time is so much occupied, and, that you have so many political, as well as official correspondents; and also that my course in Arkansas has always been such as to give me the character here of “a whole hog Jackson man,” I think, I place your silence to the proper account, and that, as long as I have any political information to communicate, you will always be pleased to hear from me.

We are expecting soon to go into a State Government, and I consider it all-important, that we should come into the Union, as a Jackson state. I believe that a large majority of the people of this Territory, are Jackson-men, and are inclined to sustain the men, who support all the measures of this Administration. But the great mass of our population are entirely uninformed; and, are divided into parties of their own, without regard to national politics. We are now divided into Sevier-men, Crittenden-men and Pope-men. Nearly all the friends of Col. Sevier, are friends of the present administration; and nearly all the Crittenden men are attached to the opposition. The Pope men are professed Jackson-men, but, (like their leader) they censure nearly all the measures, principles and appointments of Genl. Jackson administration since its commencement.

Both Mr. Crittenden, and Govr. Pope, are resolved to be our first Senators; and altho’ they are personally hostile; yet, their opinions have always been alike, in relation to every question, connected with this administration, upon which I have ever conversed with ^either of^ them. I have always been driven to contend against both. Since Mr. Popes denunciation of my official conduct, and his unholy effort to destroy and disgrace me; our political discussion have ceased. But, I understand, that during last winter, when I was threatened (even by our most promenant <men>) with political annihilation, because I felt it to be my duty, boldly and publicly, to sustain the President in all his measures, in relation to the Bank:— even in the darkest hour of the Senatorial Bank panic, Govr. Pope was one of the most clamorous condemners of the measures of the President. He has been I know, ever since I first heard his opinions upon political subjects, a “general welfare” federalist. One, that believes that the national Government is omnipotent, and the States mere corporations or nearly so. He is of the Webster school; and therefore, I do not wonder at his being an ardent supporter of the Bank, and of the efforts to obtain a recharter. But, let me assure you, he has never advocated any of the measures of the administration; and, if he succeeds in deluding our friends, and getting into the Senate, he will be found in that body, as treacherous as Moore, Poindexter or Black. He has recently established a newspaper here. The editor calls himself a Jackson man, but said in his first number, that the Congress had the power to regulate the currency”–and that ^when the constitution makes gold and silver, the only legal currency of the country,^ if the experiment to dispense with the Bank should fail, he would then support the Bank; this too, after having been a violent anti-Bank man; and, after having written an article of that character, which I am told, upon the best authority, Govr. Pope forced him to suppress.

This press, and “the Advocate” (now decidedly anti Jackson, and the organ of the Crittenden party) are carrying on a political courtship; which if the Governor is continued in office will result in an alliance offensive and defensive, against the Jackson party; at least, all of them, who are friends of Col: Sevier; and the consequence may be, that they ^Pope and Crittenden^ will be the two senators from Arkansas. In relation to Mr. Van Buren, I have no doubt, that Govr. Pope would now have it considered, that he is one of his supporters. Upon this subject, I know that upon his return from Washington in 1830, he was decidedly friendly to the Calhoun i[nteres]t, and was highly offended with me for condemning Mr. Calhouns conduct towards the President and Majr. Eaton in 183[. . .] He spoke of Mr. Van Buren, as a mere worker of party machinery; and indulged in all the slang of the opposition, about “malign influence” and “the kitchen cabinet.” He joined also, in the hue and cry of the opposition against Mr. Van Buren in relation to his instructions to Mr. McLane. All his conversations went to convince his auditors, that it was his opinion, that the President ought to dismiss all his advisors, and send for him; and that he could organize a cabinet, which would satisfy public expectation! He has never forgiven the President, for failing to give him a seat upon the Supreme Court Bench, or a Foreign mission. His nephew Field, has the Post-office at this place; and, if he is appointed Governor, they will together, exert a powerful influence upon our elections. They both call themselves Jackson men, and can then say, they are sustained by the President, and enjoy his confidence; and this will enable them to impose upon the people. I send you herewith a letter to the President, which I request you to deliver, and to give him your views upon this subject. For my character, and standing in Arkansas, I confidently refer you to Col: Sevier.

I am sincerely your friend 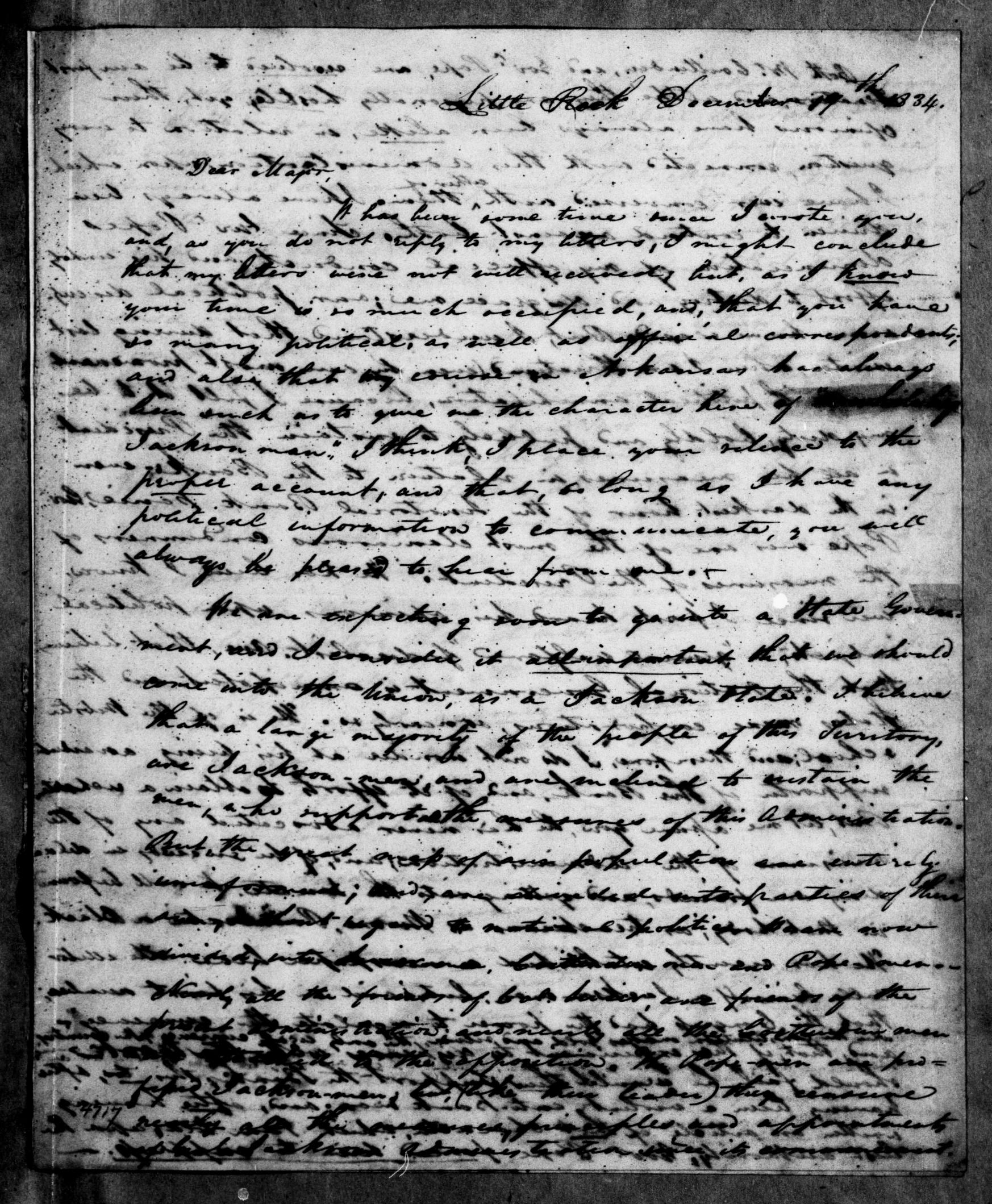 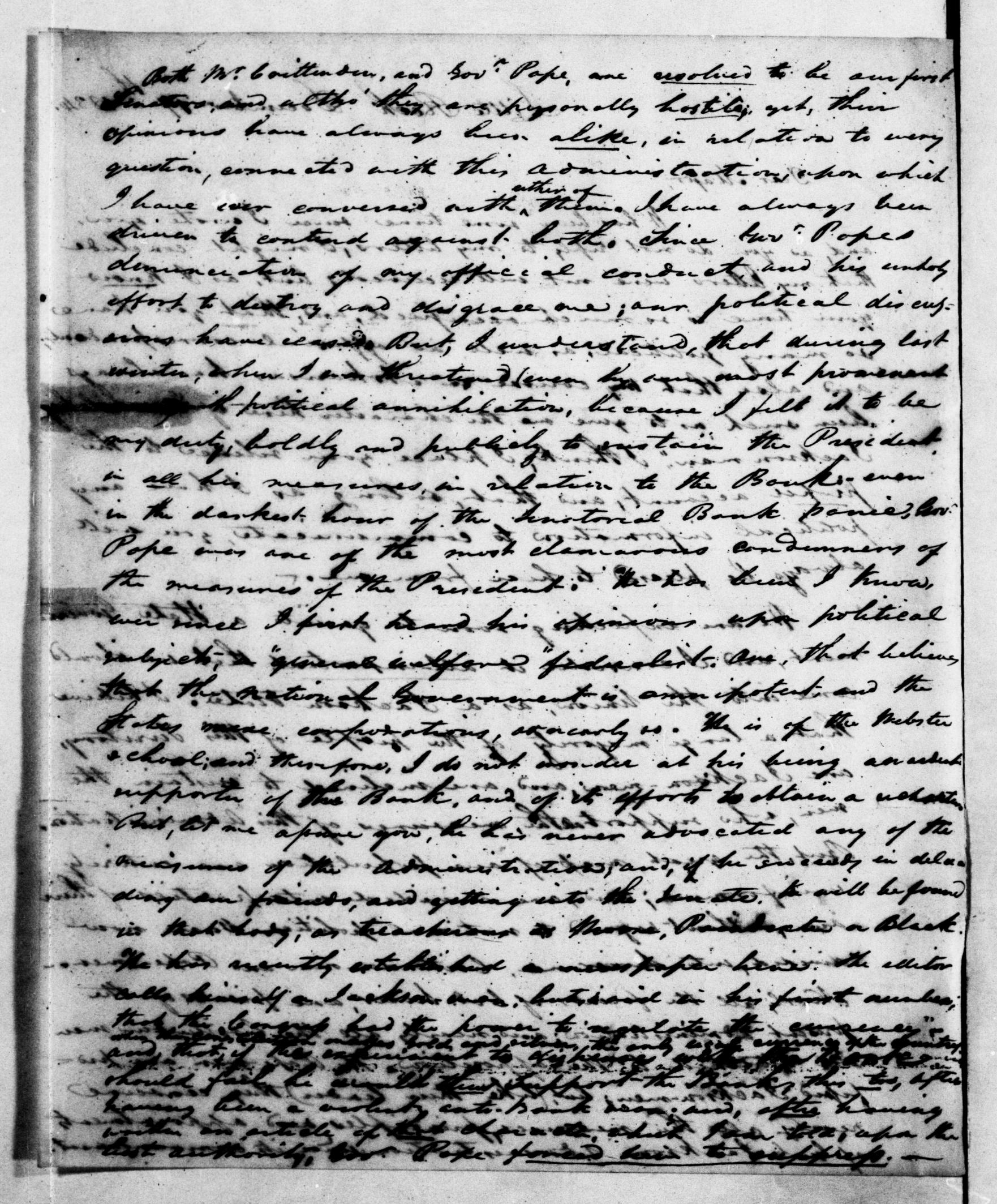 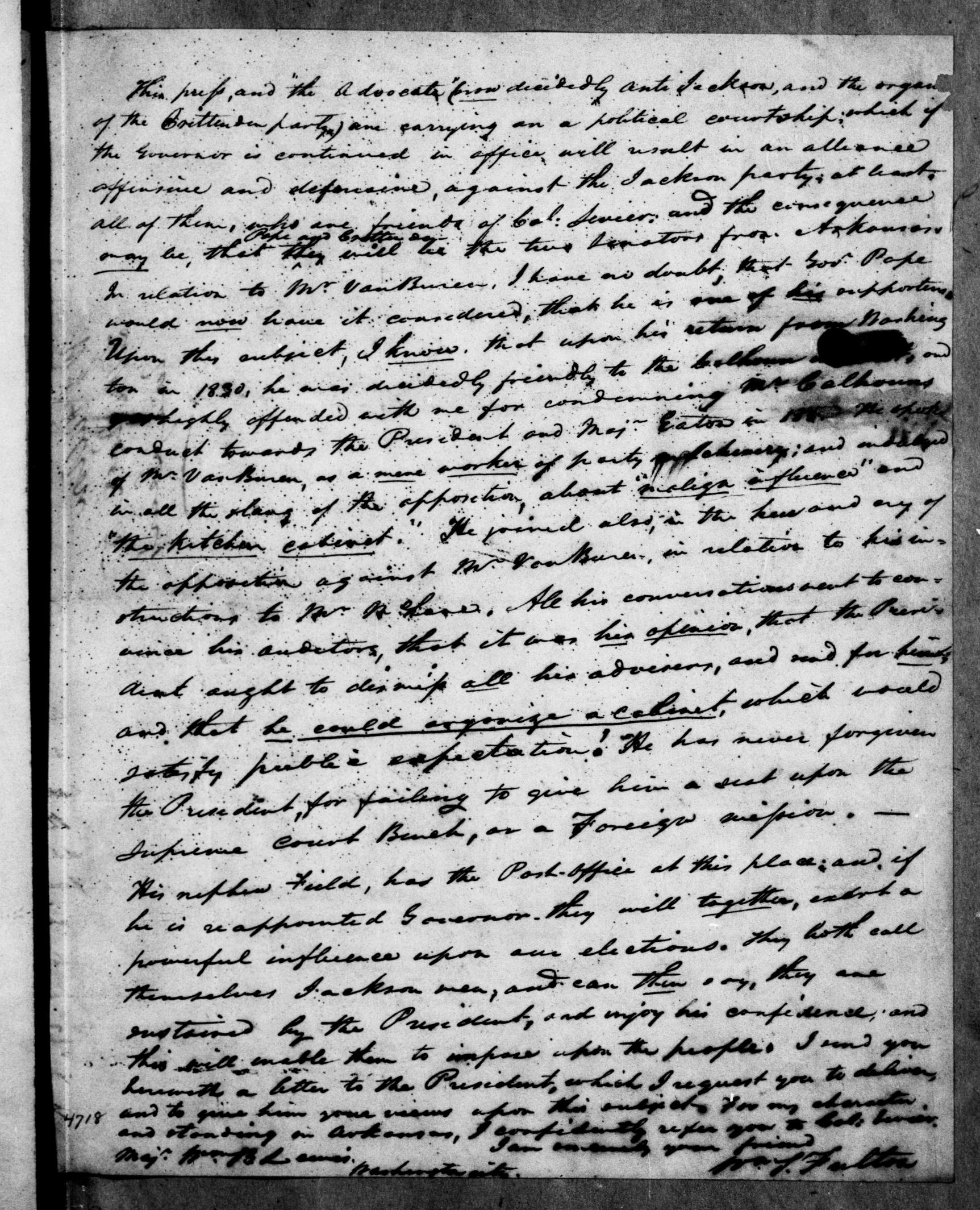 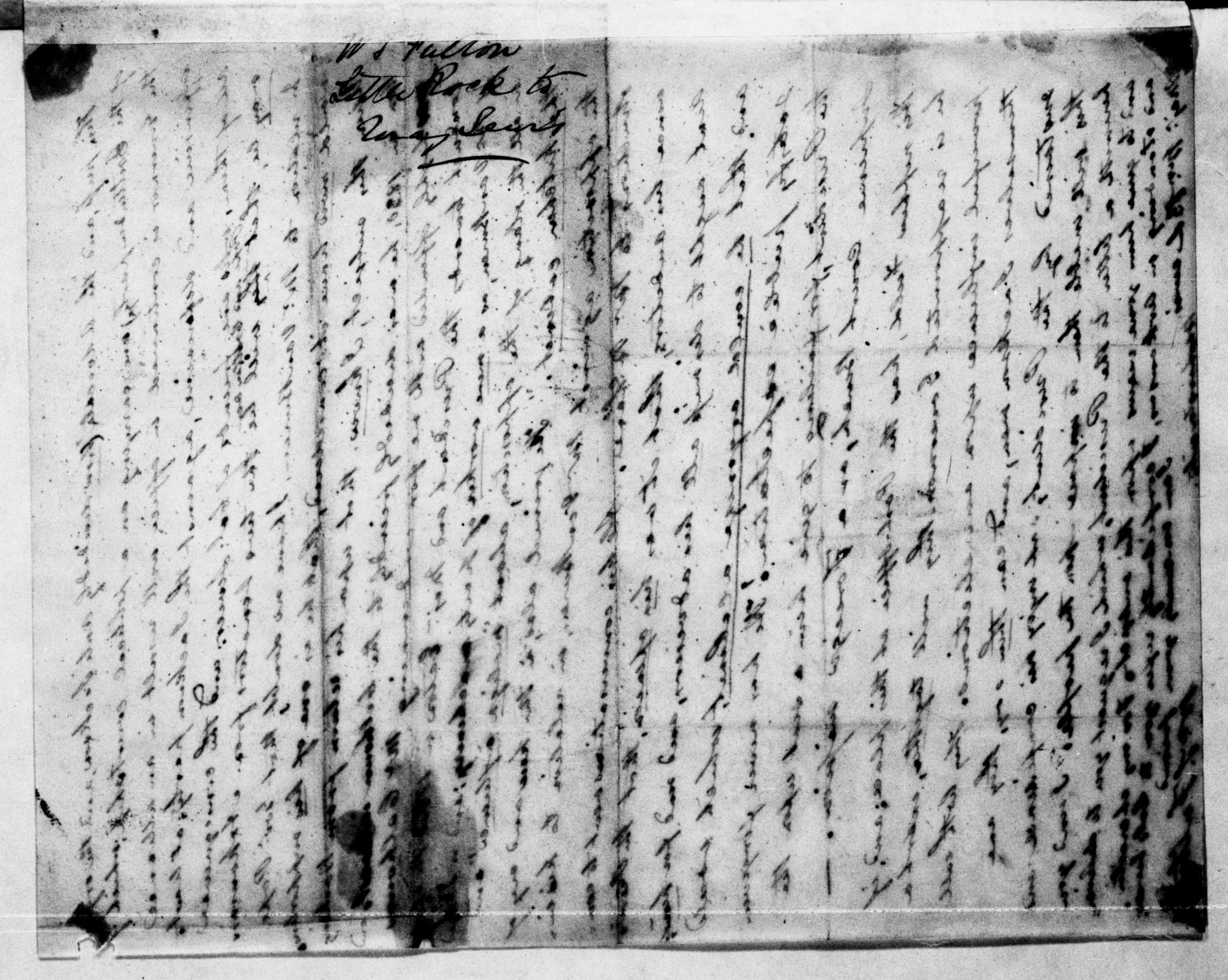