We arrived here on the evening of the 30th ultimo, with improved health, leaving Mrs Donelson & the children in Tennessee, to follow after so soon as the health of the children and water will permit, the two little sons still labouring under fever. I left my daughter just recovering from a severe attack of fever, quite feeble, just able to set proped in her bed. I have not heard from her since I left on the 8th ultimo, but I hope she & babe have entirely recovered. We learn by a letter to Major Donelson that Emily has been taken down with ague & fever since we left her.

From the tone of some of the newspapers in Tennessee a stranger would suppose that her citizens were wavering on the subject of my successor. I can assure you that no state in the union will be found more united than T. on that question. A few, would be Bank men, have been trying to sow discord amonghst the republican ranks, to aid the opposition by dividing, to conquer, but all in vain. No man, whatever may be his personal standing with the people, who will advocate a recharter if the, or a, Bank could get 500 votes in any District in Tennessee. Judge McLain is at Nashville electioneering, but all in vain. The Bank men tried to establish a McLain paper in Nashville but it fell still born. The judge has but little standing there. Hear what you will, rely on this, that T. will be united in favor of the candidates selected at the great national convention to be convened for that purpose; and the earlier that convention meets, more the better, that the minds of the people may be drawn to the candidates presented by them. The great object of the opposition is, by dividing the people to prevent an election by them, & throw it into the House of Representatives & there, by the power of the Bank, a concentration of all parties, and dregs of party, & corruption, to deprive the people of their choice. The convention meeting at an early day will concentrate the people on the candidates presented by it, and destroy all hopes in the opposition.

Since my return I have been looking over all matters and things[.] Every thing is promising, and providence has been smiling upon us, and giving us unusual prosperity every where. As to our political horrison it is brightening all over the union. As to the prosperity in Pennsylvania I enclose you a letter this moment received from our friend Mr Leeper. You will see the jesuistical course of the King of France toward us. To carry out the maxim, "to ask nothing but what is shurely right, and permit nothing that is wrong”, there is nothing now left for me but a recommendation of strong measures, to protect our national character, and procure justice to our citizens by compelling France to a prompt fulfilment of her treaty with us.

You will discover from the papers, notwithstanding all the Kings promises, all our remonstrances thro our minister, the chamber has been adjourned to the 29th of Decbr without any attempt on the part of the King to bring the Treaty before them. Of course Congress must adjourn before we can hear any thing from them. When will you be here? Where is the notes you made out on the wabash appropriation &c &c. You ought to be here early in Novbr. I am about to prepare my message to congress. The post o. committees are here & progressing. Barry will come out triumphantly I believe. All my Household unite in kind regards to you. Our treasury is over flowing &c. 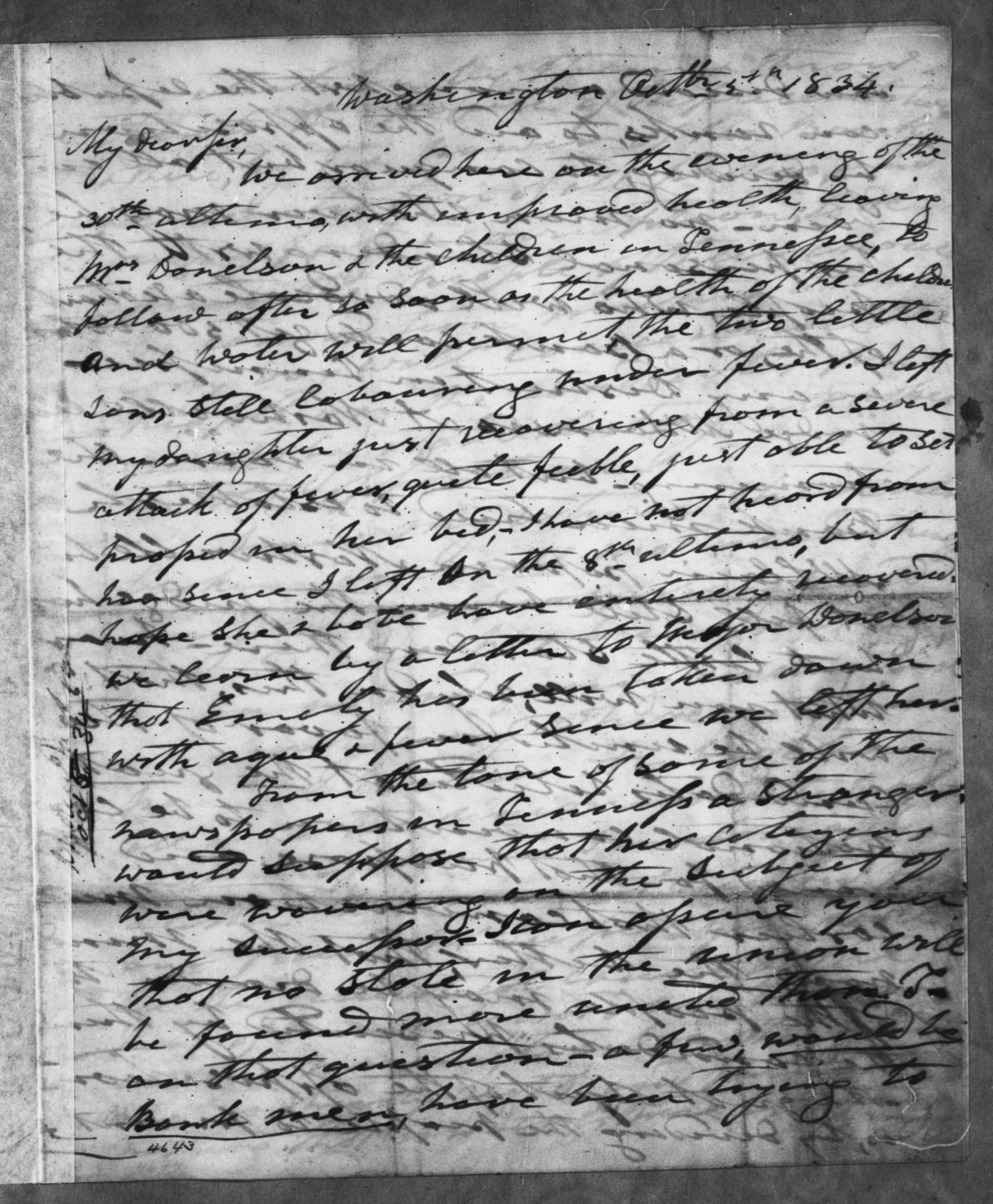 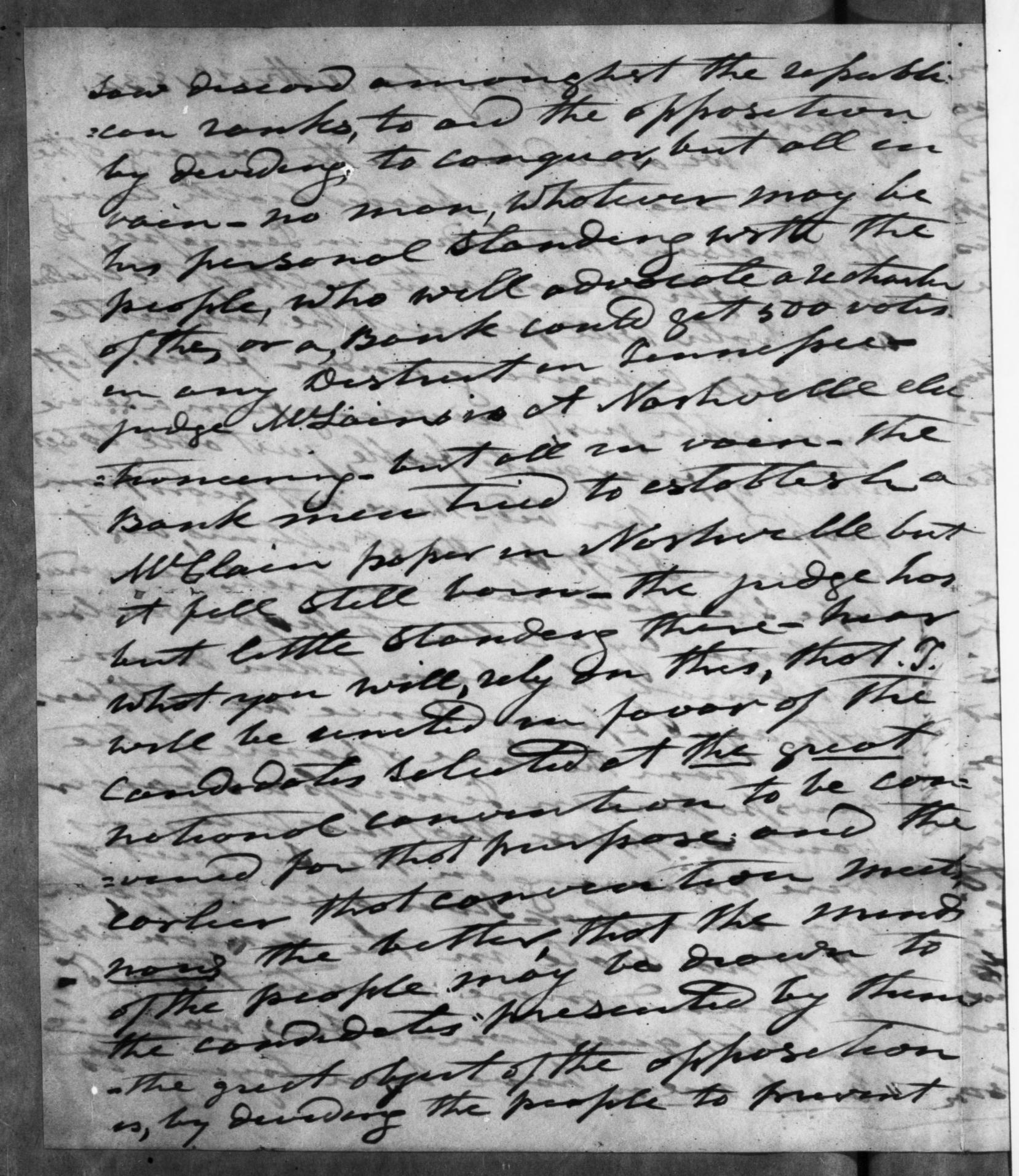 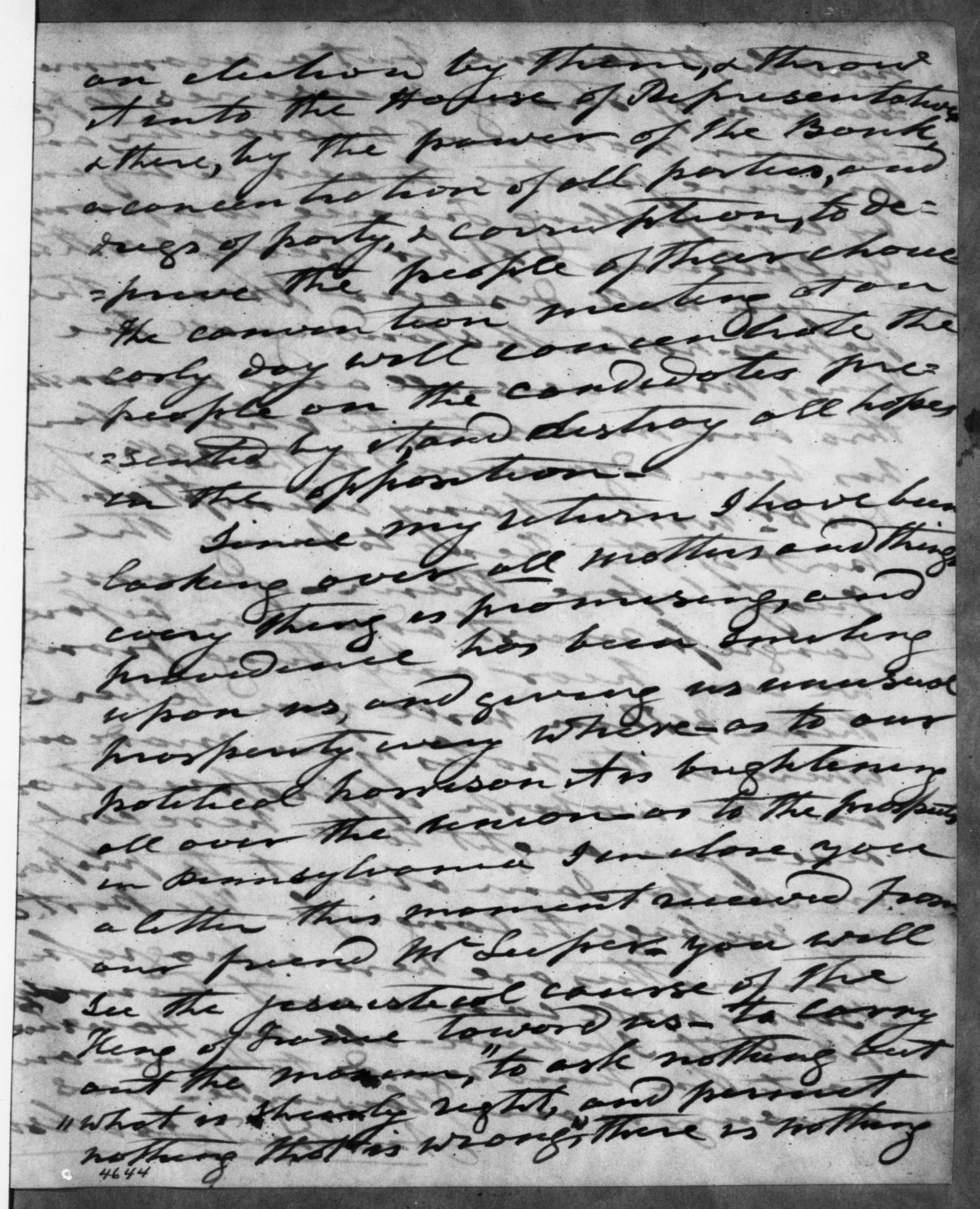 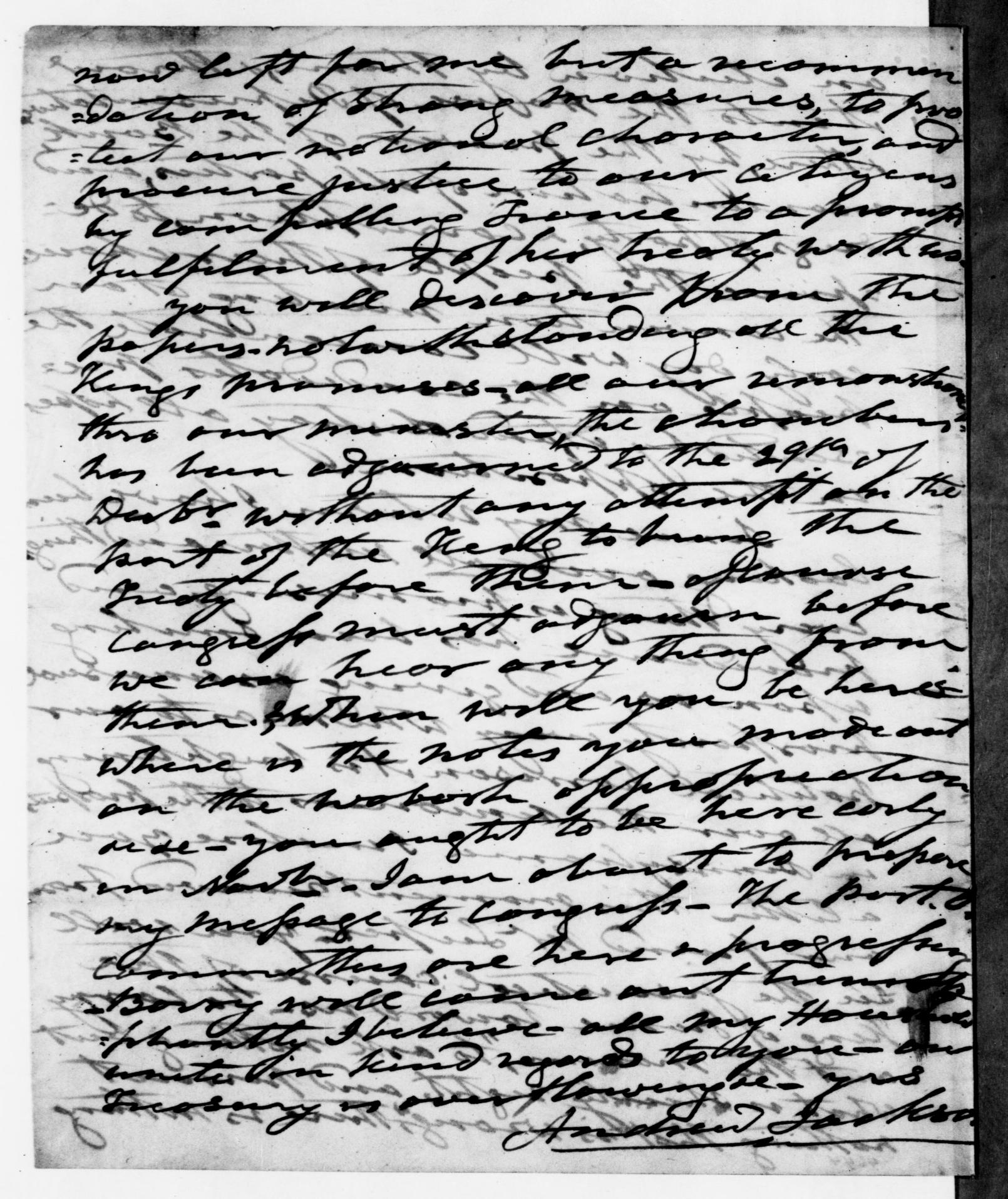