I had the pleasure to receive your last letter. You see what Mat Davis is doing under the signature of Patrick Henry. I have a very good mind to return in Person his remarks upon me as to 1812. It would afford me a happy opportunity to refer to the Course of certain men at that time in reference to you I could make a short bitter article & do you ample Justice We were then antipodes in Party strife I had not during that year opened my Eyes to the corruption & profligacy of the Columbia Leaders of the Federal party. Enough of this I did not take up my pen for the purpose of noticing such a miserable thing as Davis But to say—that I have learned from a source entitled to full credit That there is a scheme devised and Set in part at Washington to push you out of the <Cause> and to set up ^as a candidate^ a Gentleman as a Candidate from Pennsylvania & That there are men at washington engaged in it from whom any thing but this was to be expected. I cannot mention names nor say more than I have already done Your own sagacity & knowledge of men must lead you to guess the rest. The only object I have in writing is to put you upon your guard. A man who has once been a traitor to his friend is never afterwards to be Trusted. 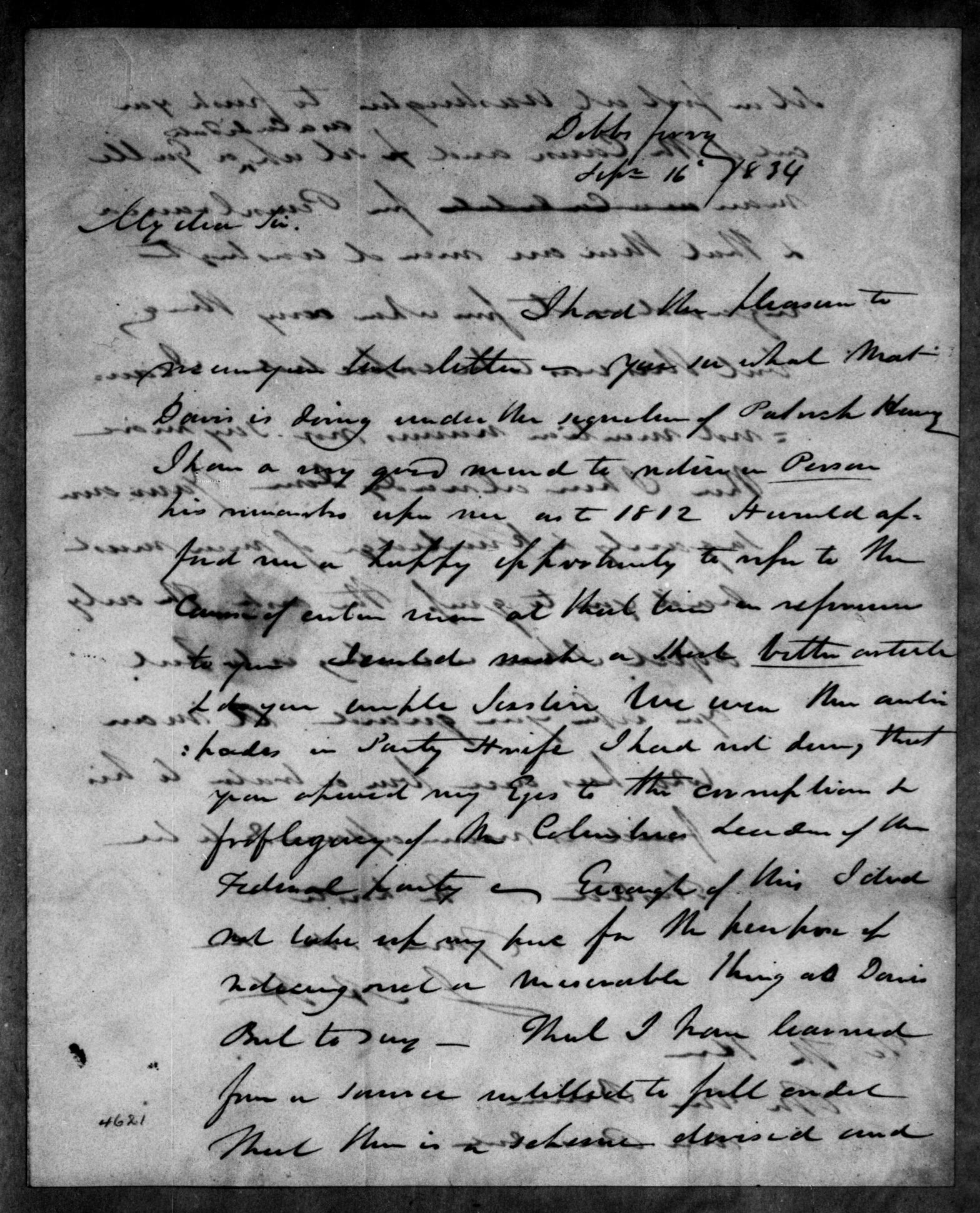 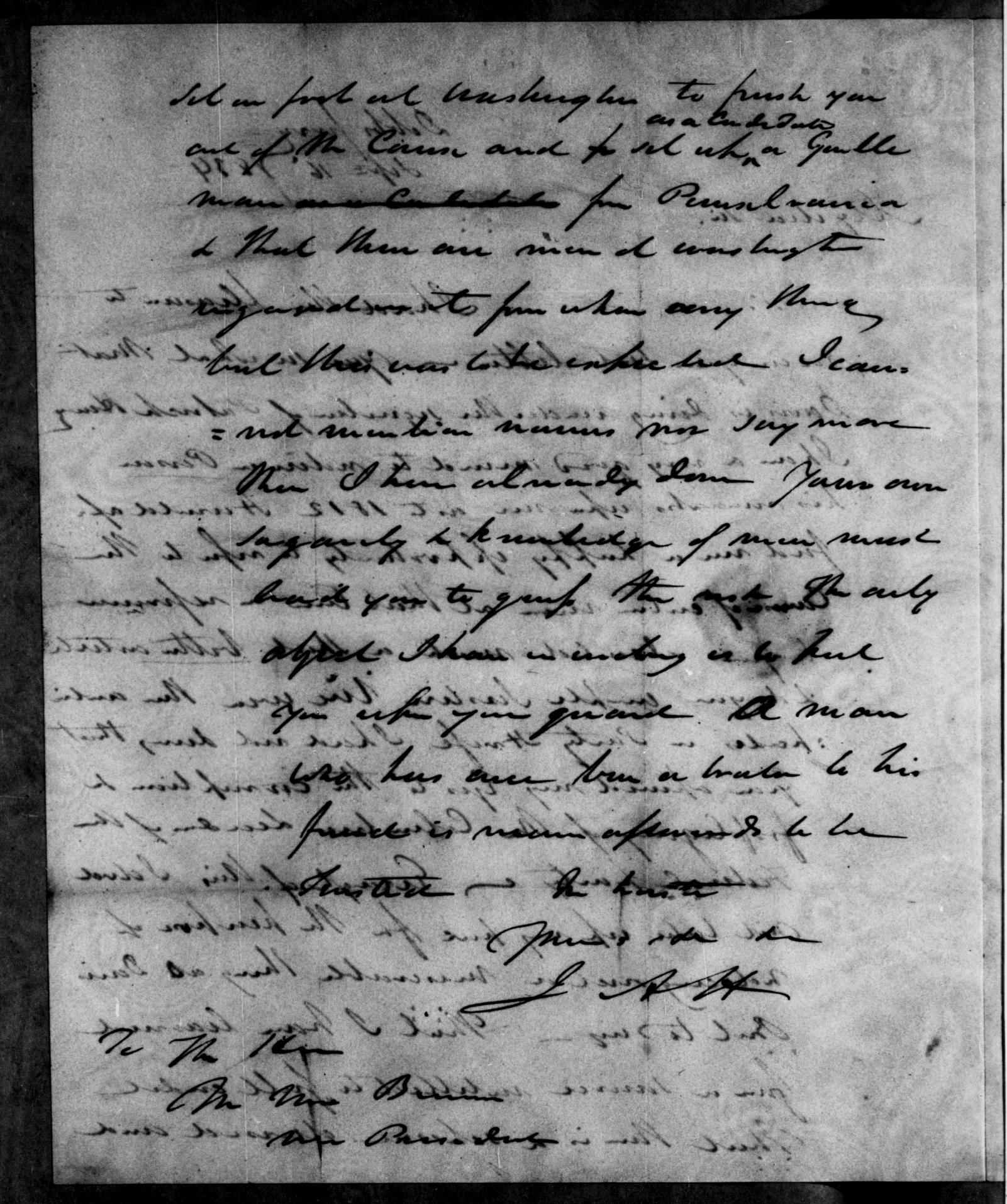 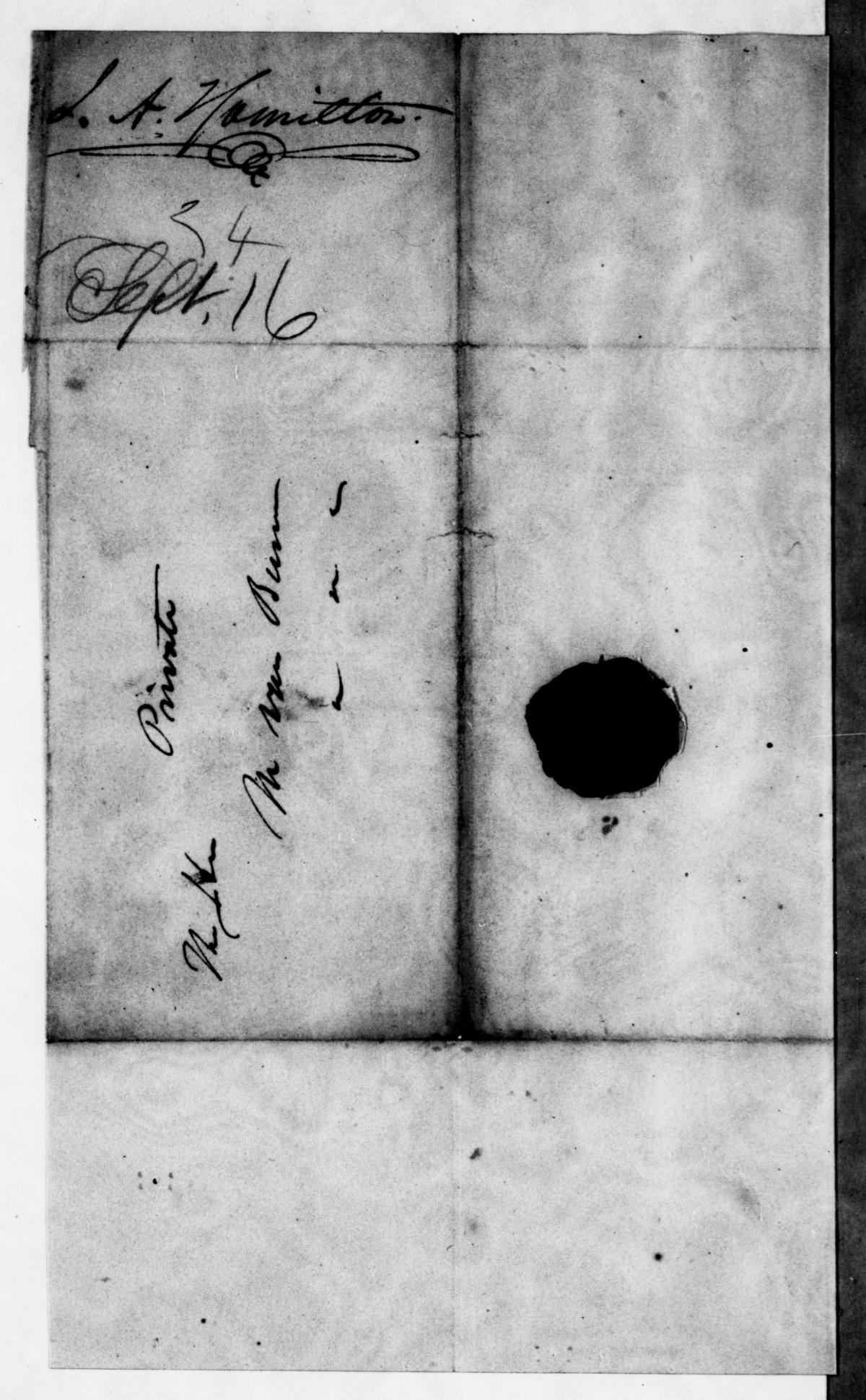