Having travelled this morning a Sabath day journey, I have halted here for the ballance of the day to rest myself and horses. Major Donelson & Mr Randolph, are my only companions. We are all in good health & improving and my horses in good condition having stood the journey thus far well and I hope we will be able to reach the city on the 1rst or 3rd proximo where I will expect to hear from you & receive your thoughts on the appropriation for the improvement of Wabash. I was compelled from principle to hold it up, and Genl Tipton knew I would, before it was passed, and knowing this, from his conduct since, I have no doubt but he pressed its passage, with a view to injure me. His letter missed the mark, it will do him, in the end, more injury than it will me.

There has been some attempt to get up in Nashville a McLain paper. It has failed, and he has but little influence in the state, altho there are some hypocrasy, and a good deal of maneuvering. It all will not do. The people are wide awake, and see that the object of the opposition are to prevent the people from making the president, but throw the final choice upon the House of Representatives where, with the aid of the power & corrupting influence of the Bank, Clay, Webster, & Calhoun think they can have elected some one of the opposition. This cannot be. The people are wide awake.

Genl Hinds came all the way from Mississippi to see me. He brings cheering news, Poindexter he says is politically dead, his best friends have turned against him, he has <nobly> killed himself by lying. The U.S. Bank is down & Van Buren stock is rising. A point has been made in Alabama, it will not do. Our political Horrison is brighting, Mr Websters solem speech to the contrary notwithstanding. I have recd your letter from the Lebanon Springs, regret your indisposition, but trust in a kind providence that it is perfectly restored, and that you are in a good condition for the important battle in octbr inst. I say important, for if N.york, Pennsylvania & ohio elections goes in favor of the administration it puts to rest all opposition, and maneuvering. When I see you, I will give you all the political news of the west.

Major Donelson & Mr Randolph Joins me in kind salutations to you, John, & Smith. Keep me advised of the news of N.york; and believe me yr friend. Be at the city in Novbr [Ins]t 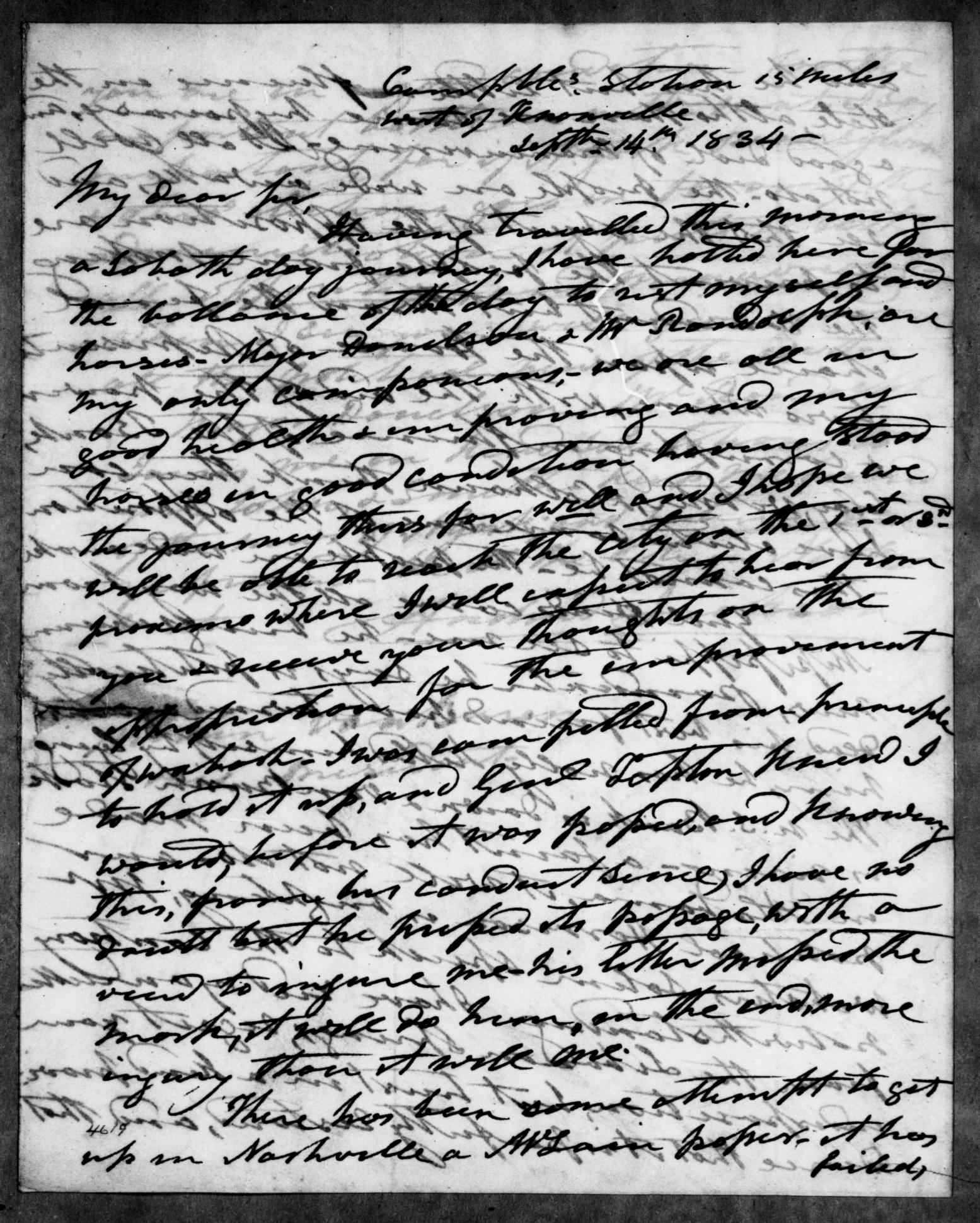 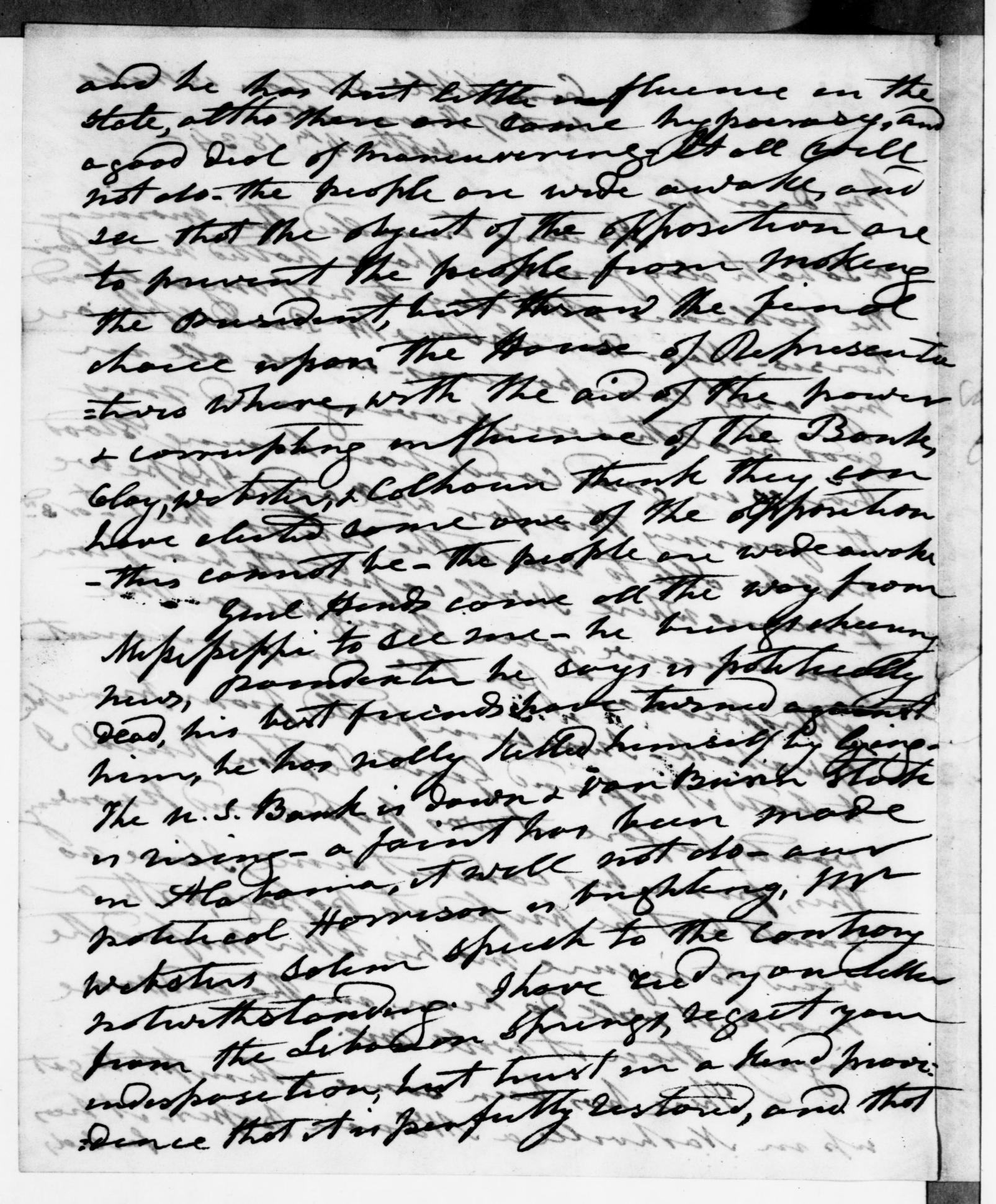 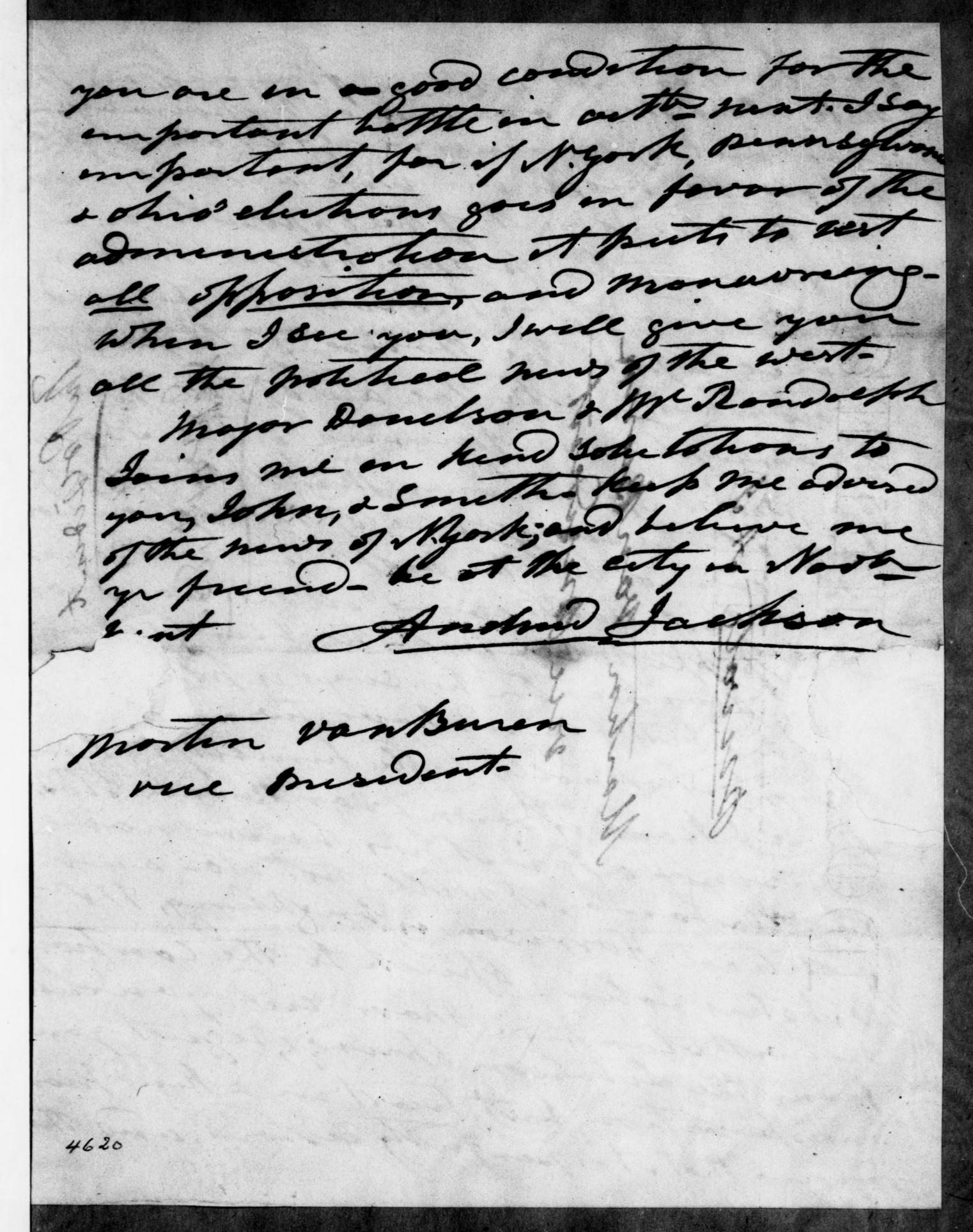 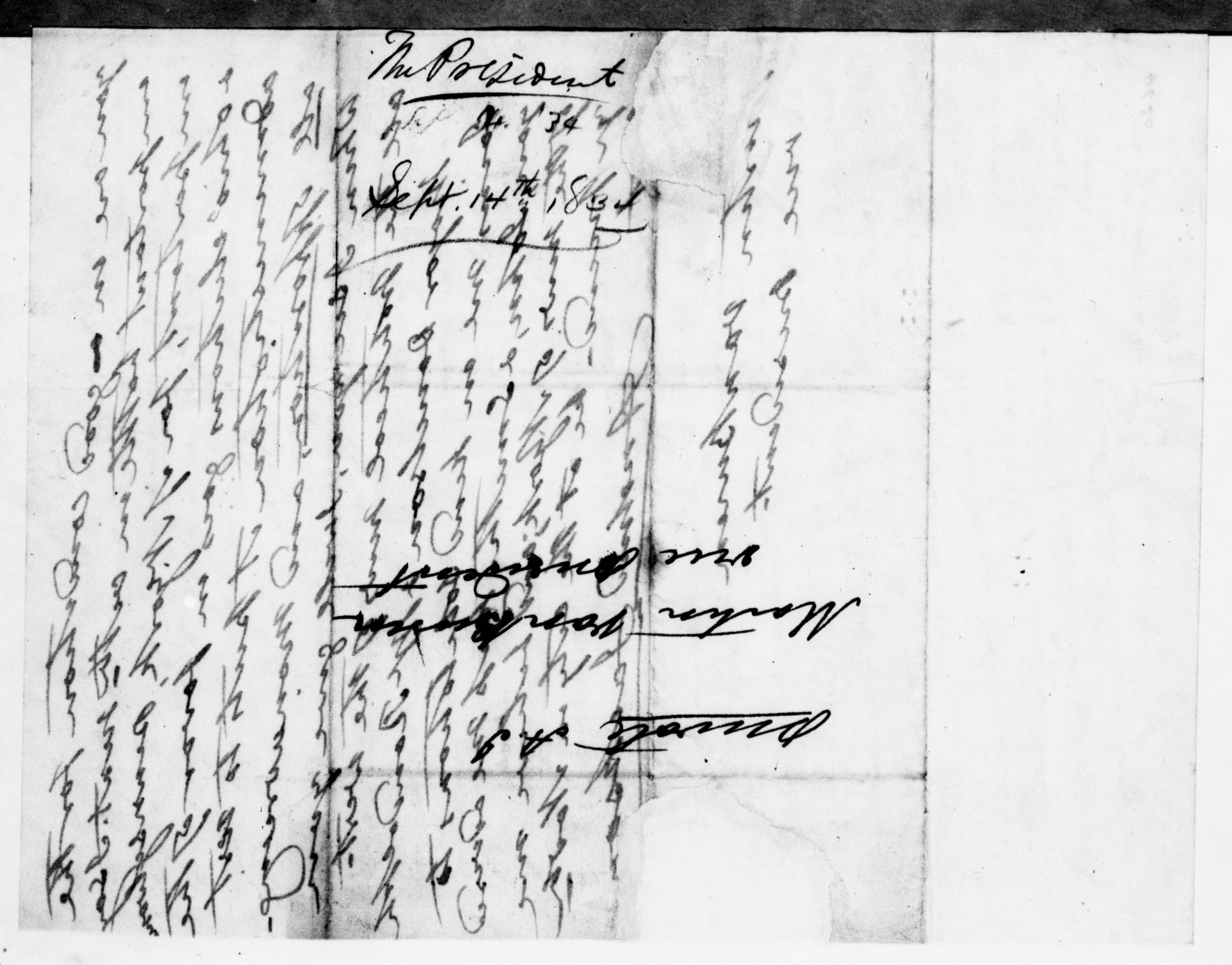