I have now been here several days and have seen persons from almost every part of the state, and have no doubt, that our success is as certain as any future event, that is dependent upon the voice of the people, can possibly be. The adversary is suffering under the pangs of anticipated defeat, & carry on their countenances the simptoms of the pain <illegible> which they so justly suffer. Webster is to meet a congregation of them here on the 13th. instant, but if they give him any assurances of anticipated success, he would, if he had the sense and observation in such matters of which he is destitute, detect the falsity of their representation, in the woe-begone countenances which they carry about.

Judge John We will give a few more last words about the removal of the Deposits in our state address, which I will send you. They are already prepared, & will I trust, make the propriety, ^success,^ & efficacy, and indispensable necessity of that Step so plain, that he who runs may read, & understand it.

Judge Johnson is dead & you will of course be greatly pressed about his successor. Allow me to make a suggestion for your consideration. Six of the Western & South western States are now without regular Circuit Courts. This is great injustice, & the wonder is that they have submitted to it so quietly. Neither party has hitherto been willing to incur the responsibility of increasing the number of Judges, or ^or^ <illegible> ^are^ ^un^ willing ^<illegible>^ to leave to its adversary the appointment of new ones. It is to one, or both of these causes that this unequal & unjust state of things has been allowed to continue.

It strikes me that a fair opportunity is now offered to remedy the evil, by holding up the appointment until Congress can have an opportunity to divide the U.S. into seven Circuits, including all the new States in some them. The old circuits in the old States are too small, & the whole business can be easily done by seven judges. It would be much better for them to be now employed, & if there are any of them, who, through age, or infirmities are rendered incapable of rendering reasonable service, it is to be hoped they will have patriotism enough to retire, & make room for others who are both able & willing to do so. I believe that it can be made very plain that the <fo> present <new> circuits can with the greatest propriety be enlarged, & the whole subject can be placed in such a way before Congress, as force a proper action upon them, & render essential service to the Country.

Remember me affectionately to your household & believe me to be 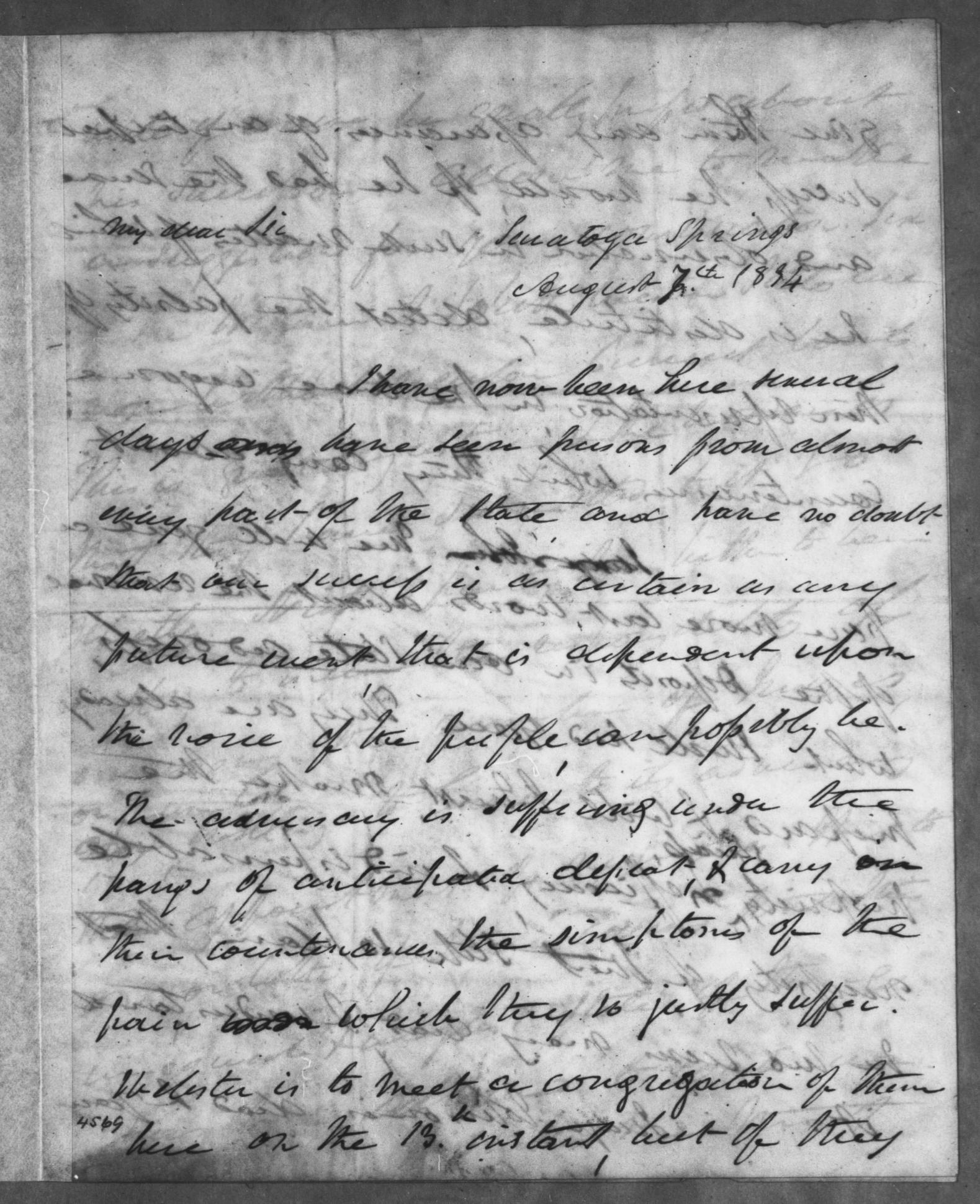 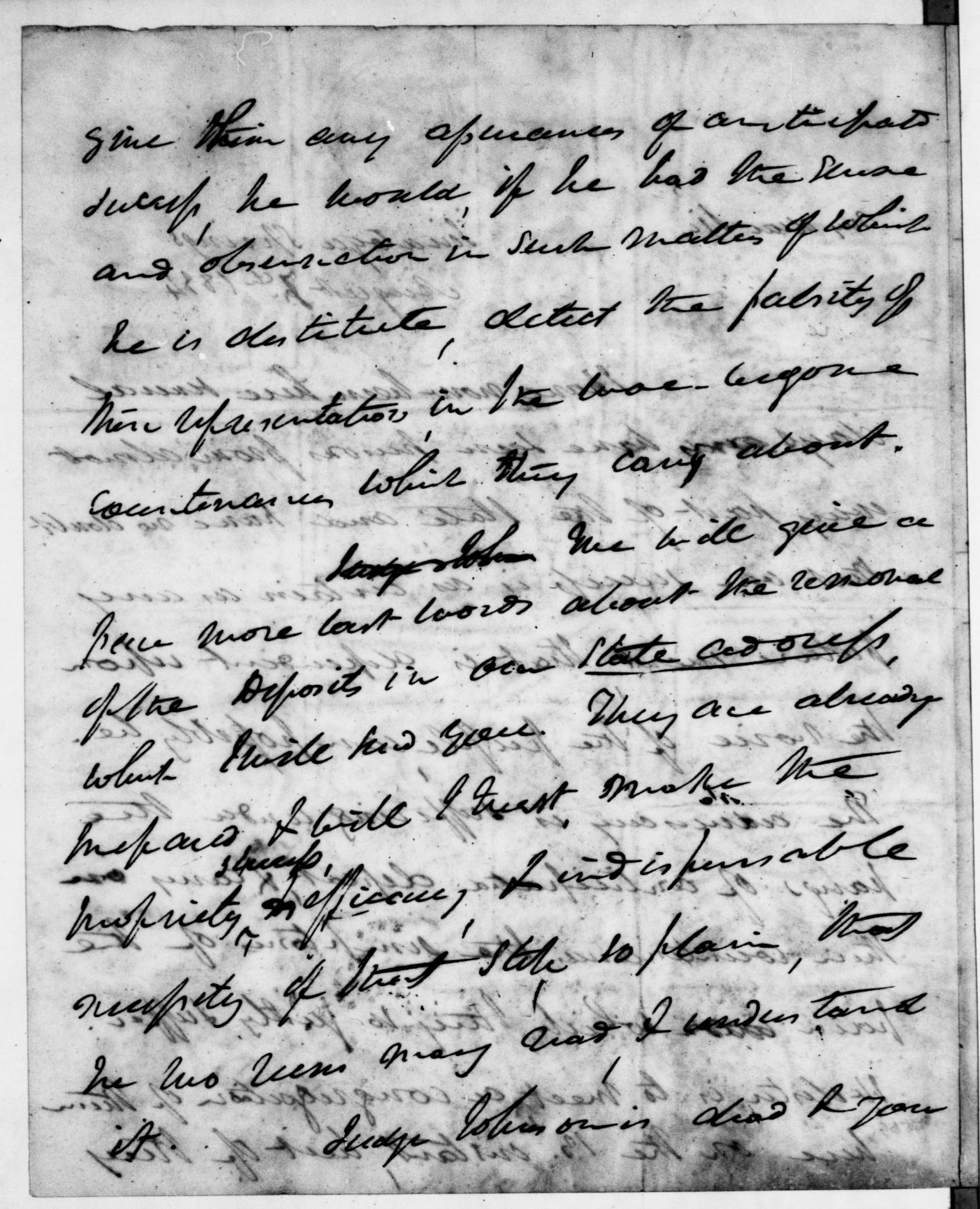 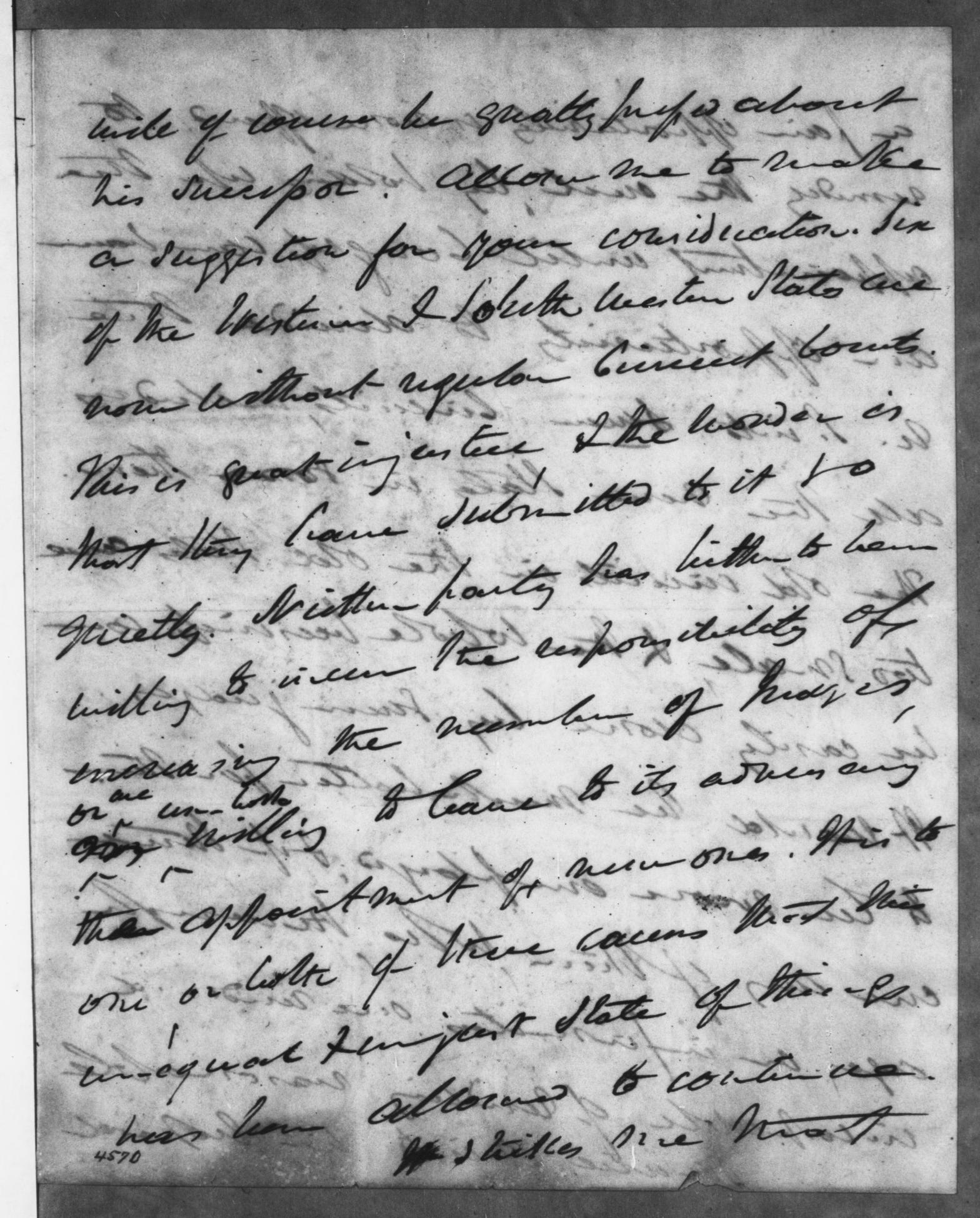 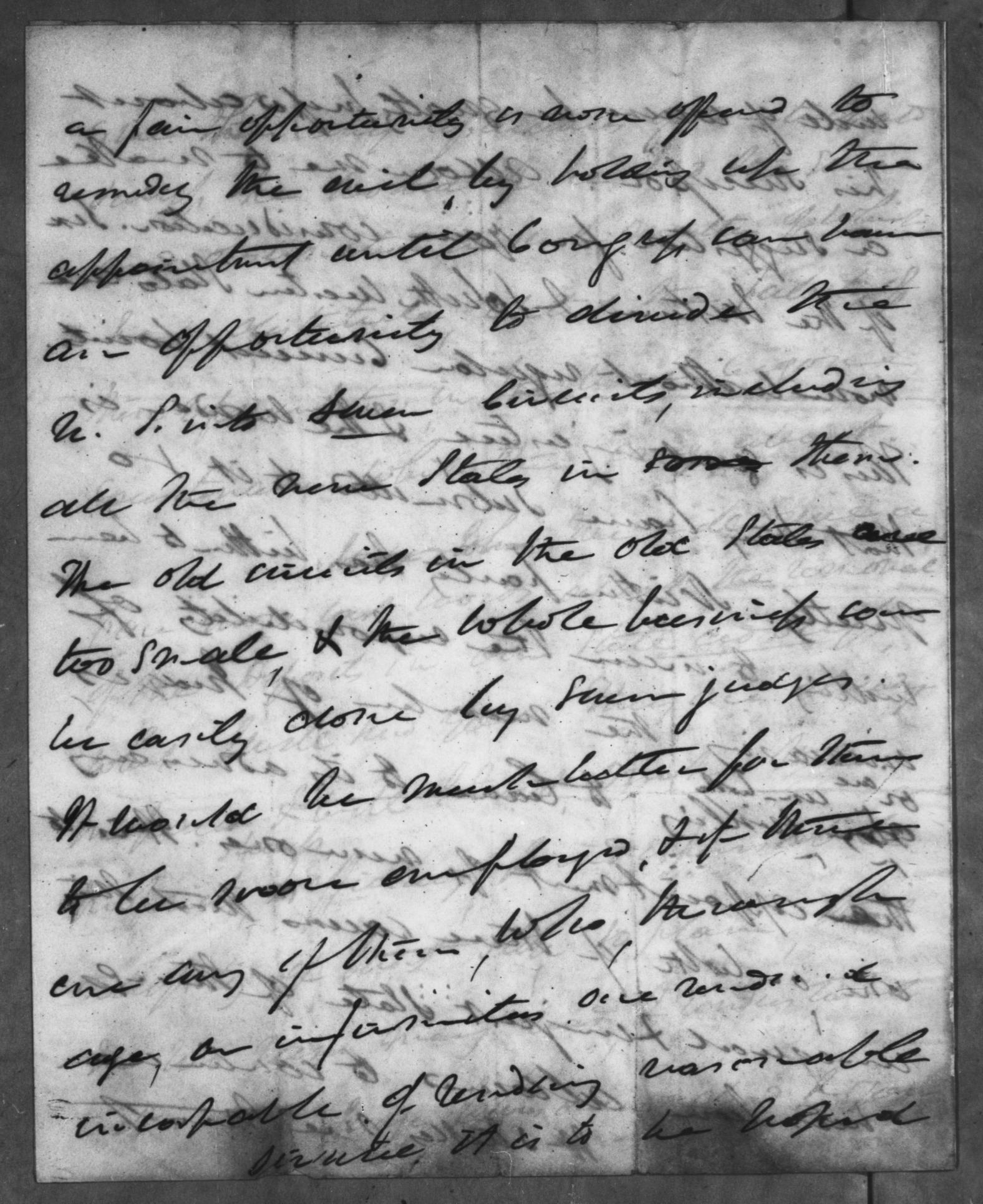 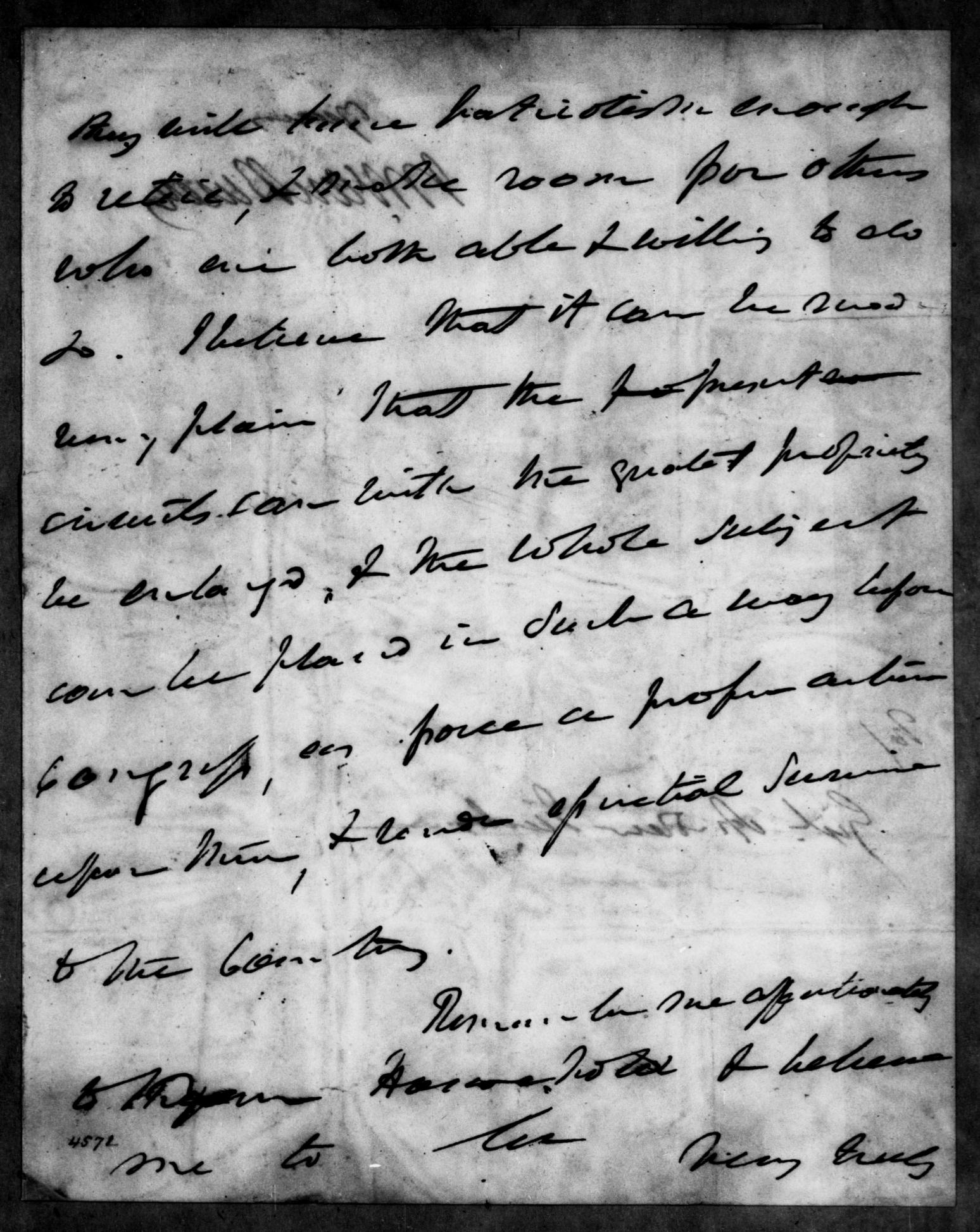 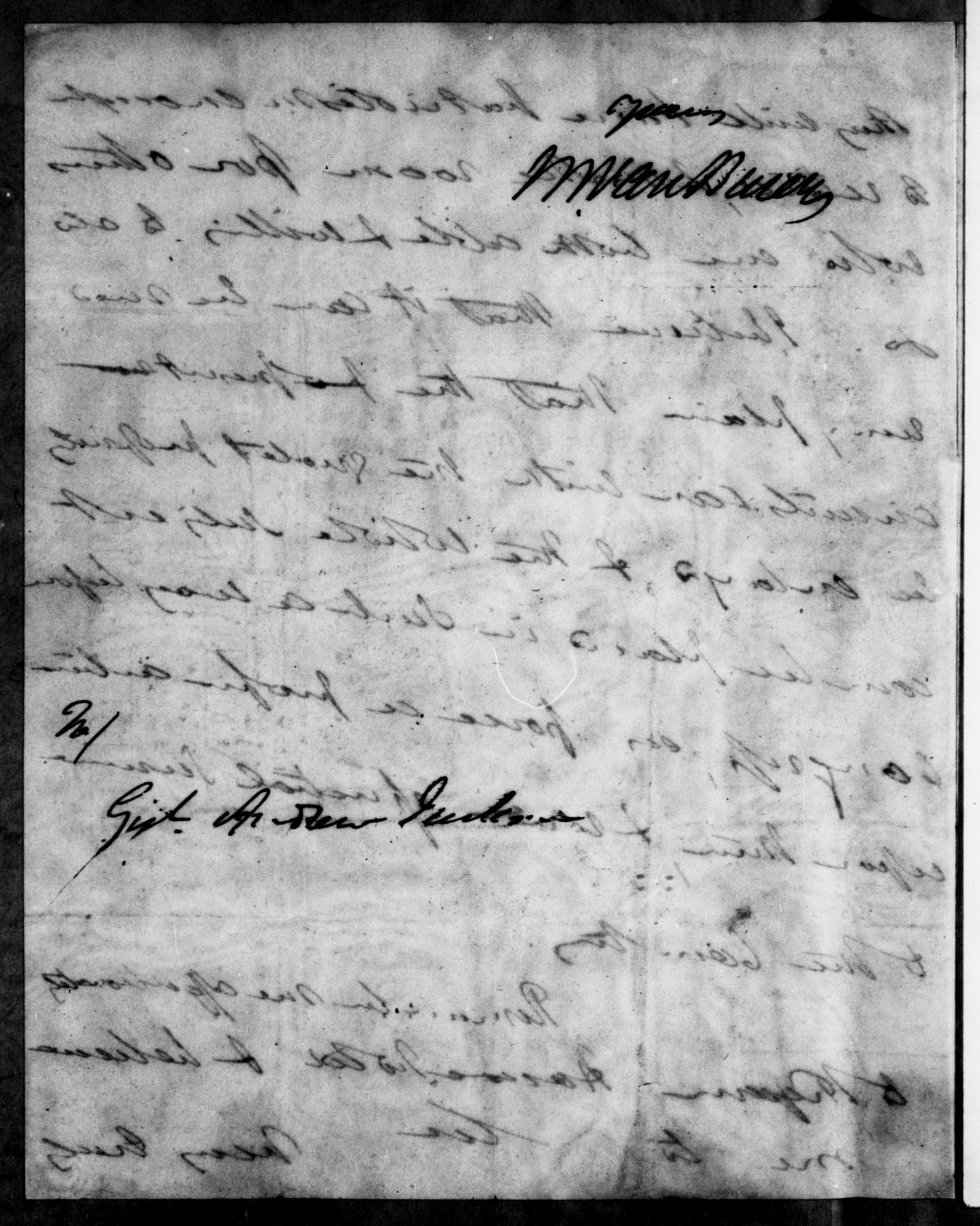 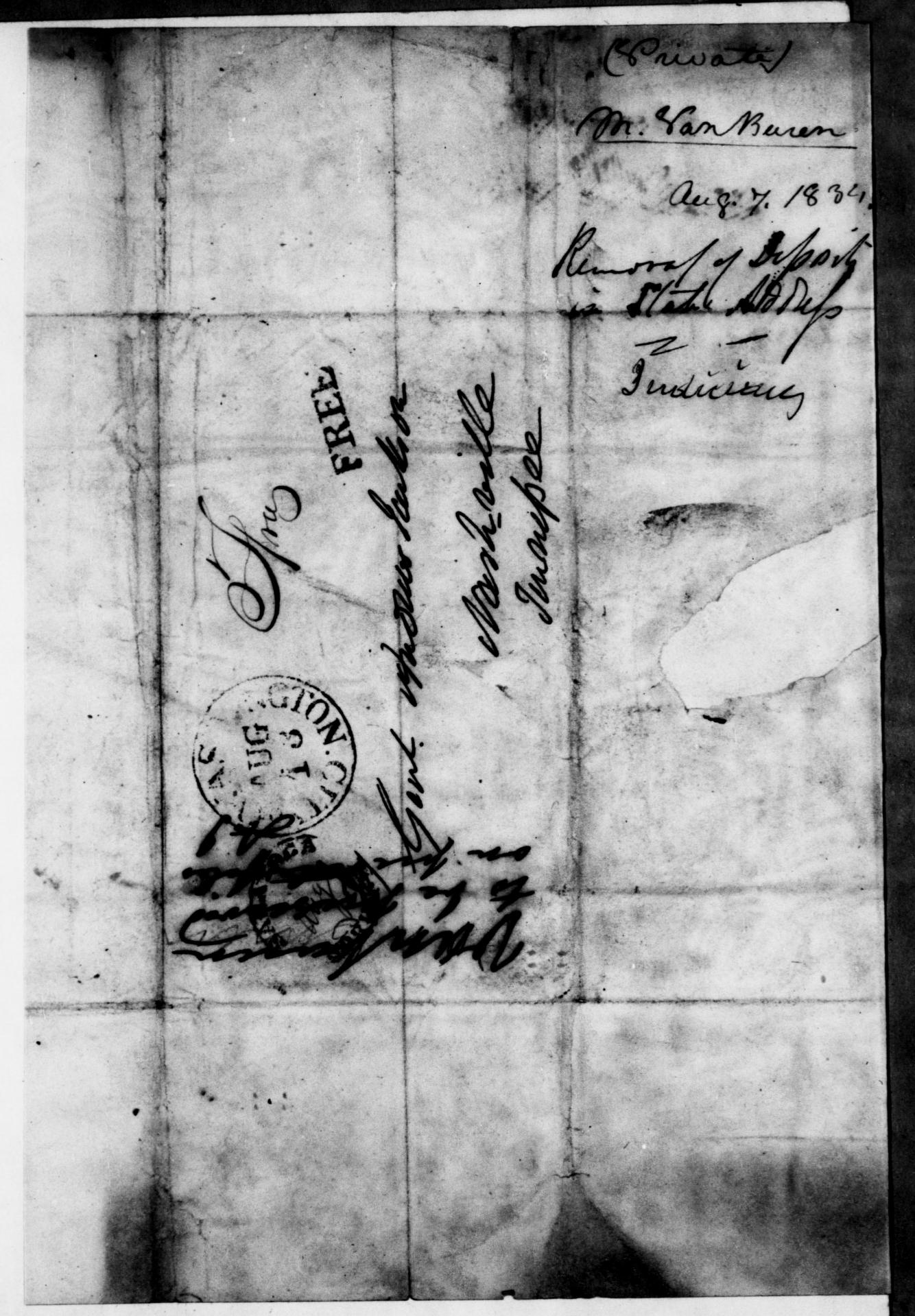 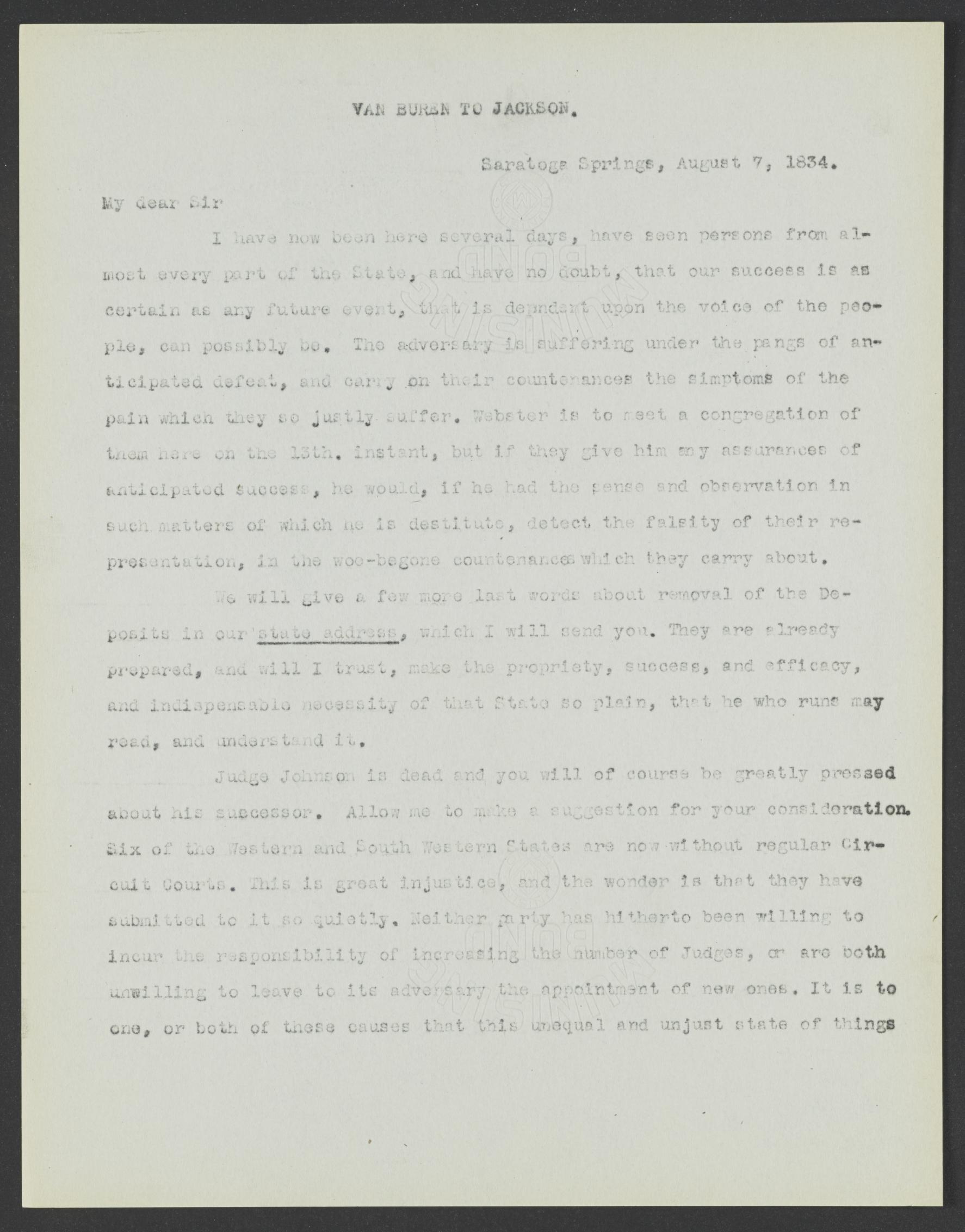 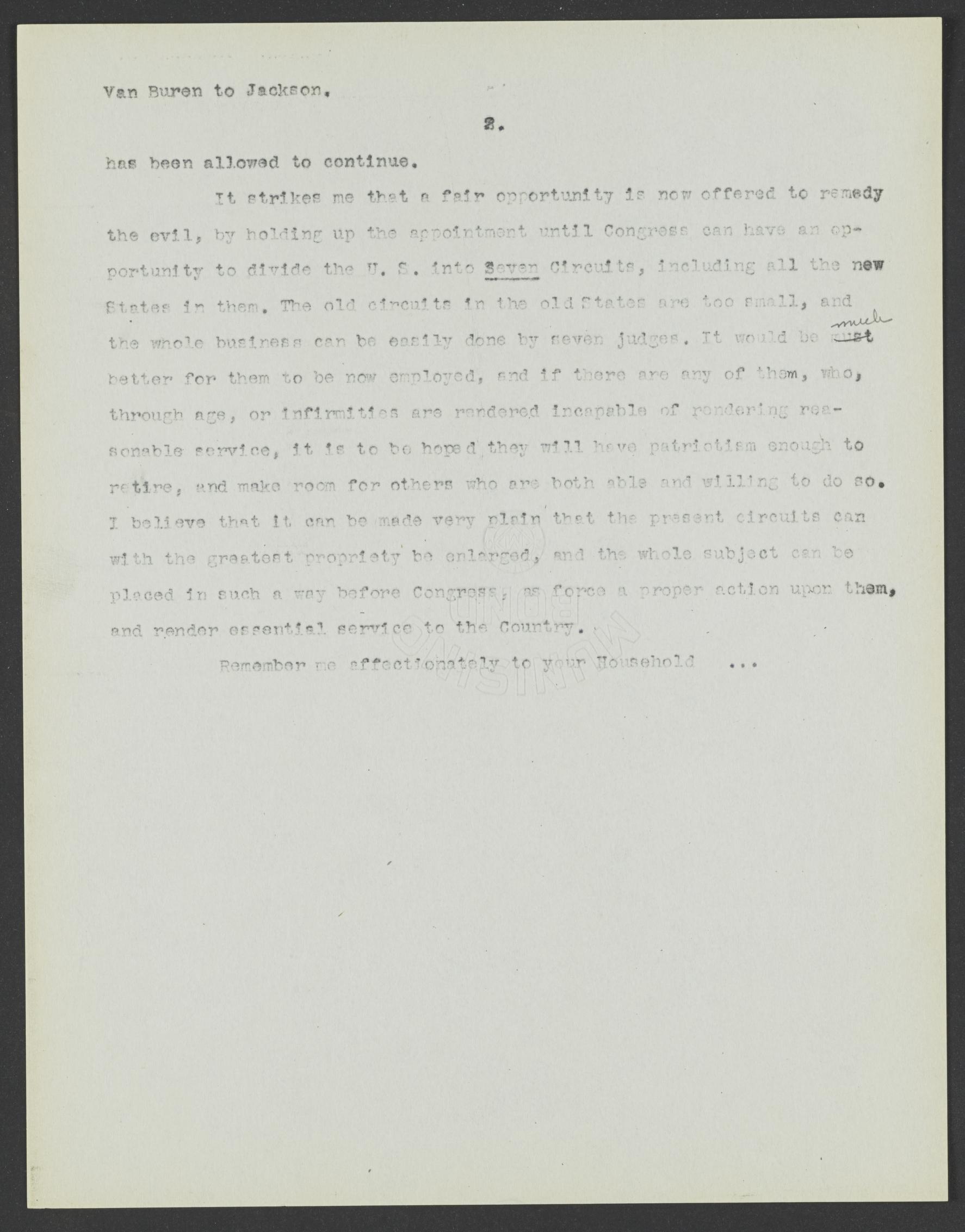