I recd. by this mornings mail a letter from the President dated “Greensburg Va. July 15th 1834”. I do not recollect presently where Greenburg is, but I think it is 15 or 20 miles South-west of Staunton. I send you the following extracts.

“We arrived here this evening having, from the heat of the weather, left Mrs. Donelson and the three youngest children at Mr. Rives’, to return to the Warrington springs to spend, there, the sickly months. We have now, after various little incidents and delays got <finaly> under way, and I hope will experience no more detention from accidents until we reach the Hermitage.”

“I had a sight of Mr. Poindexter at Gordonsville. He saw me in the Portico, and did not come in, but remained in the stage until the horses were changed & the passengers took breakfast. He stopped at Mrs. Clarks to get his breakfast and the stage drove off and left him. I wish I had time to give you some other anecdotes of him; but I have not. Supper is announced and I am hungry.” - - - - “I cannot forego, however, the pleasure of saying to you that all things appear well in Virginia. The gold Bill and a specie currency are doing wonders.”

From the above I infer the Genl is in pretty good health, and spirits. His anecdote of Poindexter is amasing. The rascal was afraid to encounter the flashes of his eye.

I recd. a letter from Stevenson to day. He says his health is improving slowly. He, too, appears to be in good spirits. Virginia, he says, will certainly right herself; of that, he thinks, there can be no doubt. He <views> daily, he says from all parts of the state the most encouraging letters. He & Mrs. Stevenson set out in a few days for the white sulphur springs.

I learn from the “Evening star” of the [intentionally blank] that you are travelling thro Penna for your health! I am sorry to hear that! When you left Washington I thought you were in very good health; but I suppose the hot weather has over come you! I hope, however, like Mrs. Donelson you will not have to give up your journey to Albany. If we are to believe the Whigs, it may be more important that you should visit New York this summer. 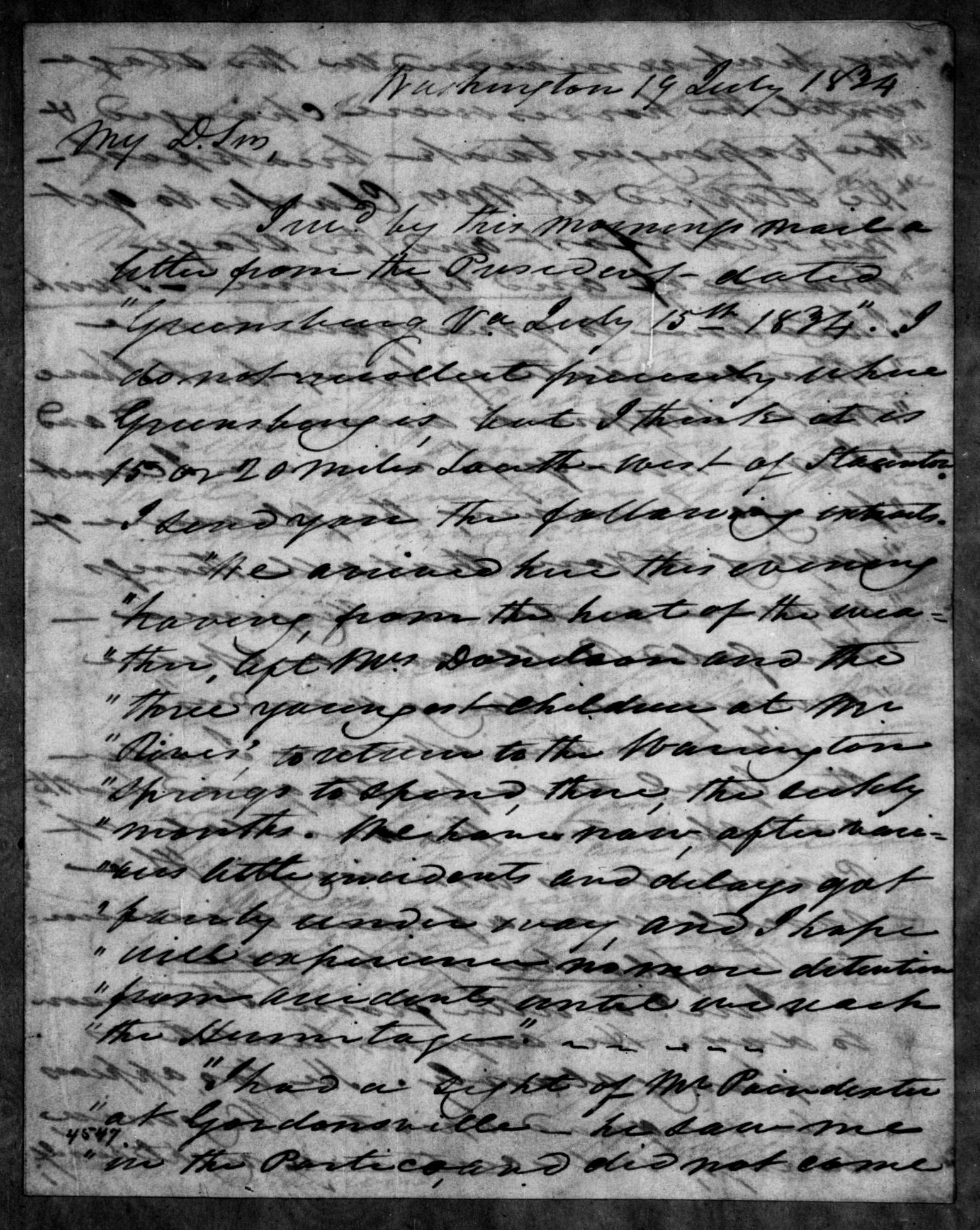 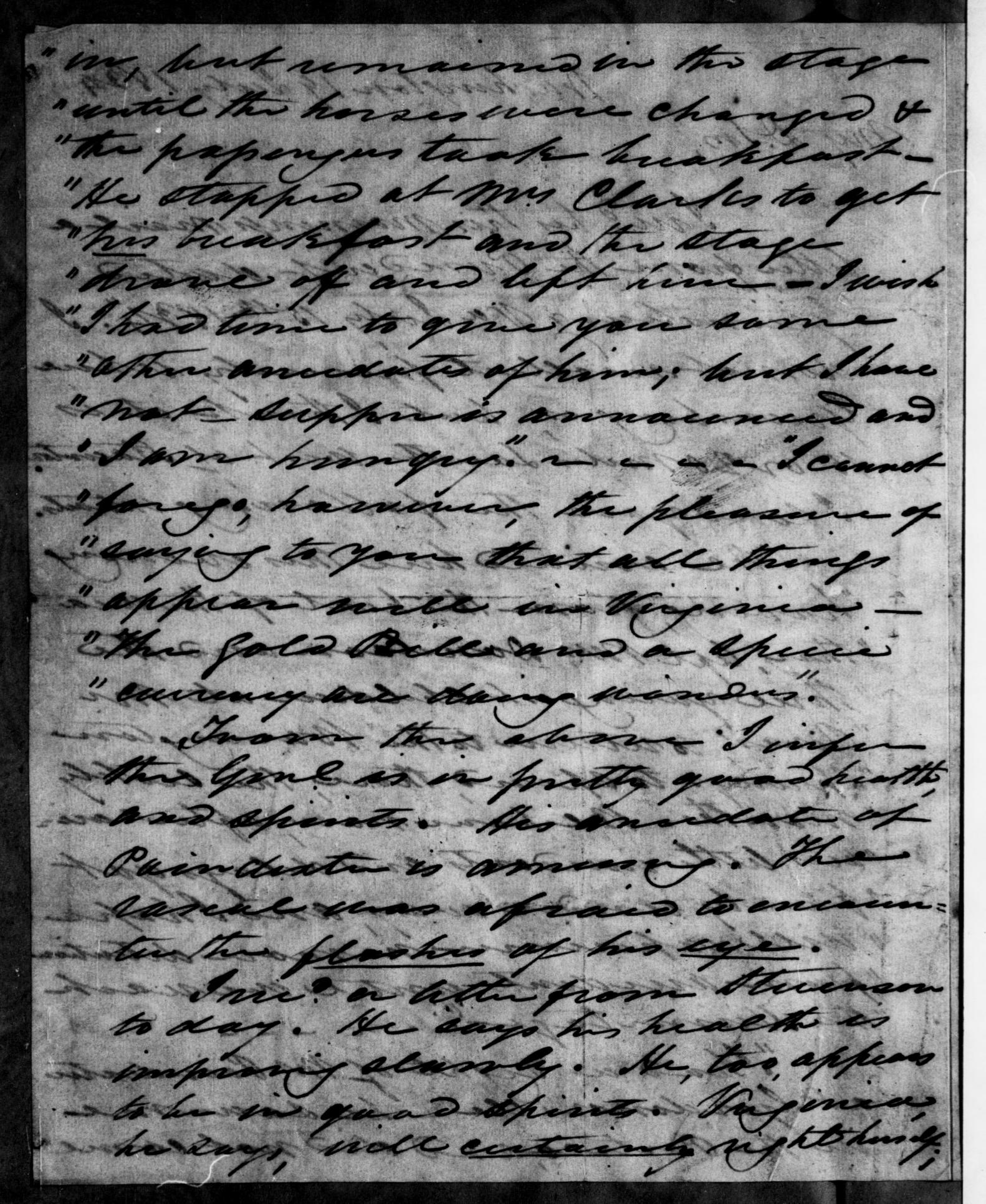 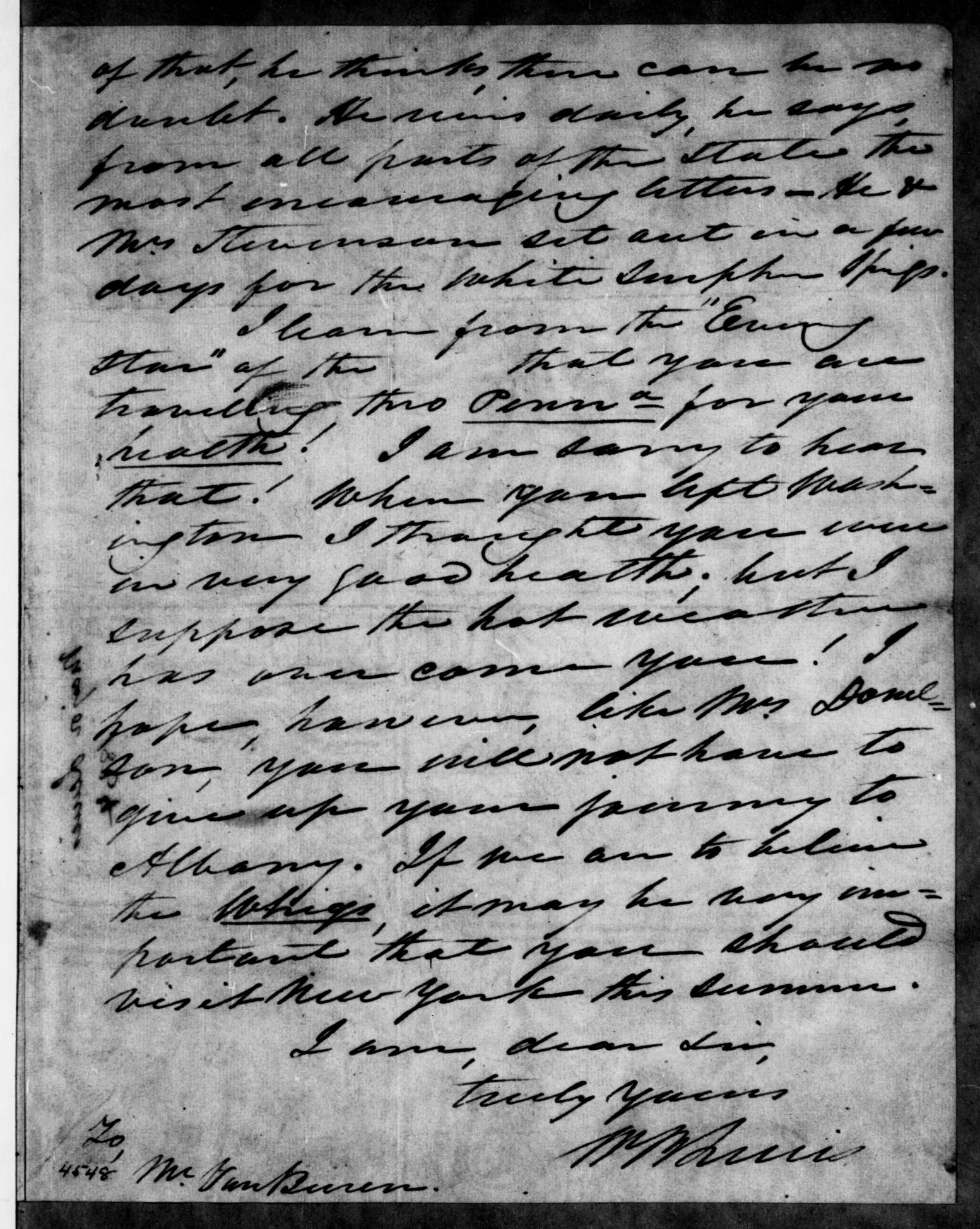 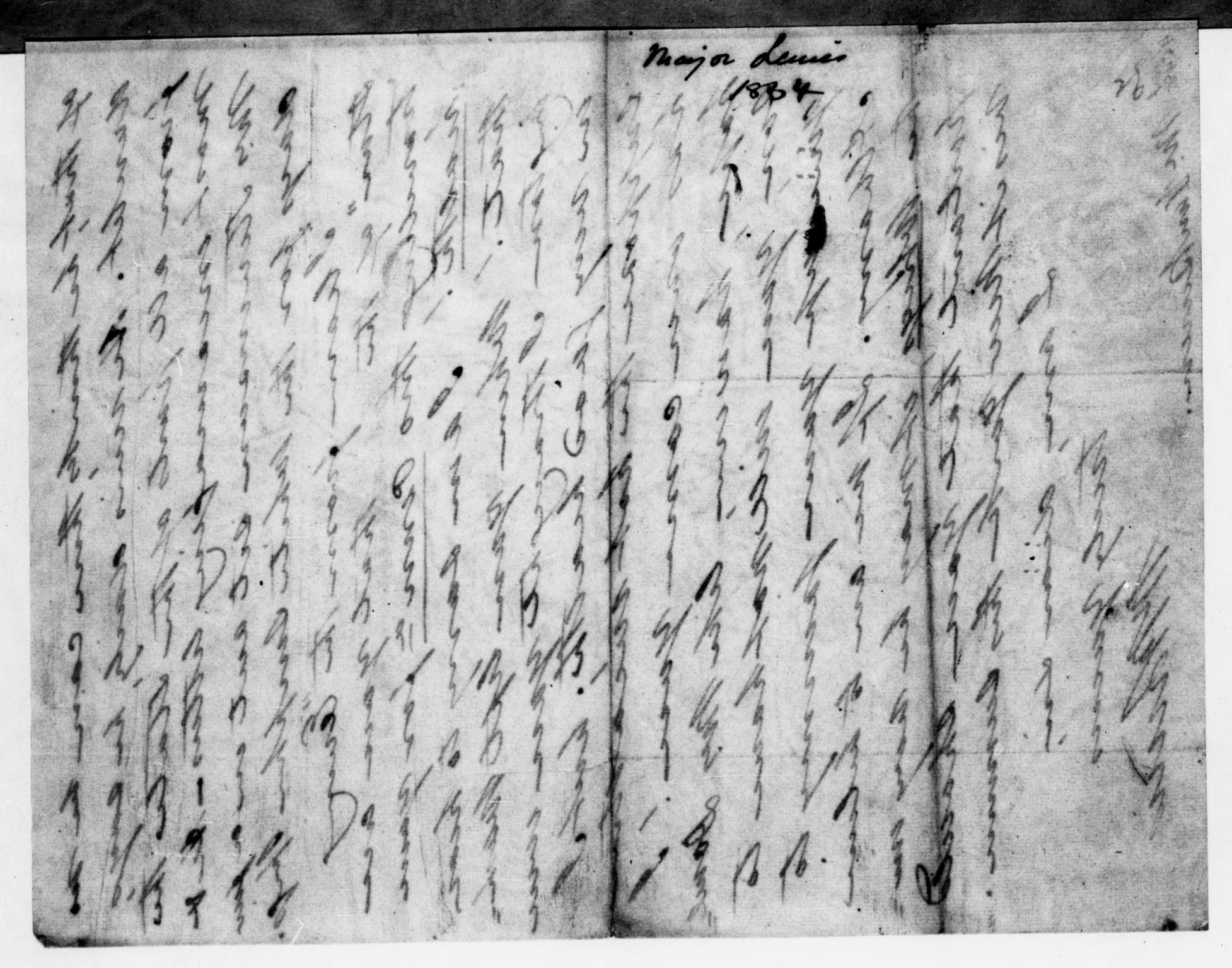