I have just received your letter of the 14th instant, in which you mention the existence of a rumour in the City, that the King of France informed me, when the Treaty for the settlement of our claims was signed, that it would not be carried into effect by the Chambers. This statement is absolutely destitute of the slightest foundation. I do not believe that any conversation ever took place between the King & myself, at any time, in regard to the probability of the Chambers providing for the execution of any arrangement which might be concluded between the two governments. I always considered the adoption of the necessary measures for carrying the Treaty into effect by the chambers as beyond all doubt, & I have reason to believe that the King did, likewise.

In the progress of the negotiation, the ministers, Monsieur Sebastian & Monsieur Perier, once or twice remarked to me that if the sum agreed to be paid should be too large, it might expose the Treaty to serious opposition in the Chambers; but this I considered only as a diplomatic argument, urged for the purpose of reducing our demands as much as possible. Certain it is that neither they, nor any other person in France, after or at the time of the signature of the Treaty, ever expressed to me the slightest doubt of it’s execution being fully & promptly provided for by the Chambers. I knew, as they did, that our claims were far from being popular in France, & that the amount of indemnities agreed to be paid was by many deemed excessive, under the circumstances of the case; yet the arrangement having been concluded in perfect good faith on both sides, & under the influence of the highest considerations of national honor & justice, as well as sound policy, I never doubted, nor do I believe that they did, that it would be carried into the fullest execution by the Chambers.

On the subject of what I wrote you yesterday, I will add a single observation. While I think some such measure as is there suggested would be very desirable, in reference to it’s influence on the French Chambers, yet if the President should recommend it & Congress should refuse to adopt it, the effect would be decidedly bad; and I cannot help thinking that the Chamber of Deputies has been emboldened, in the course it has taken, by it’s speculations on the probability that the violent spirit of faction, at present existing in this country, would prevent the concurrence of Congress in any measure which the President should propose. It would be wise, therefore, I think, to sound the dispositions of Congress as to what may be done, before the President recommends to them any measure. 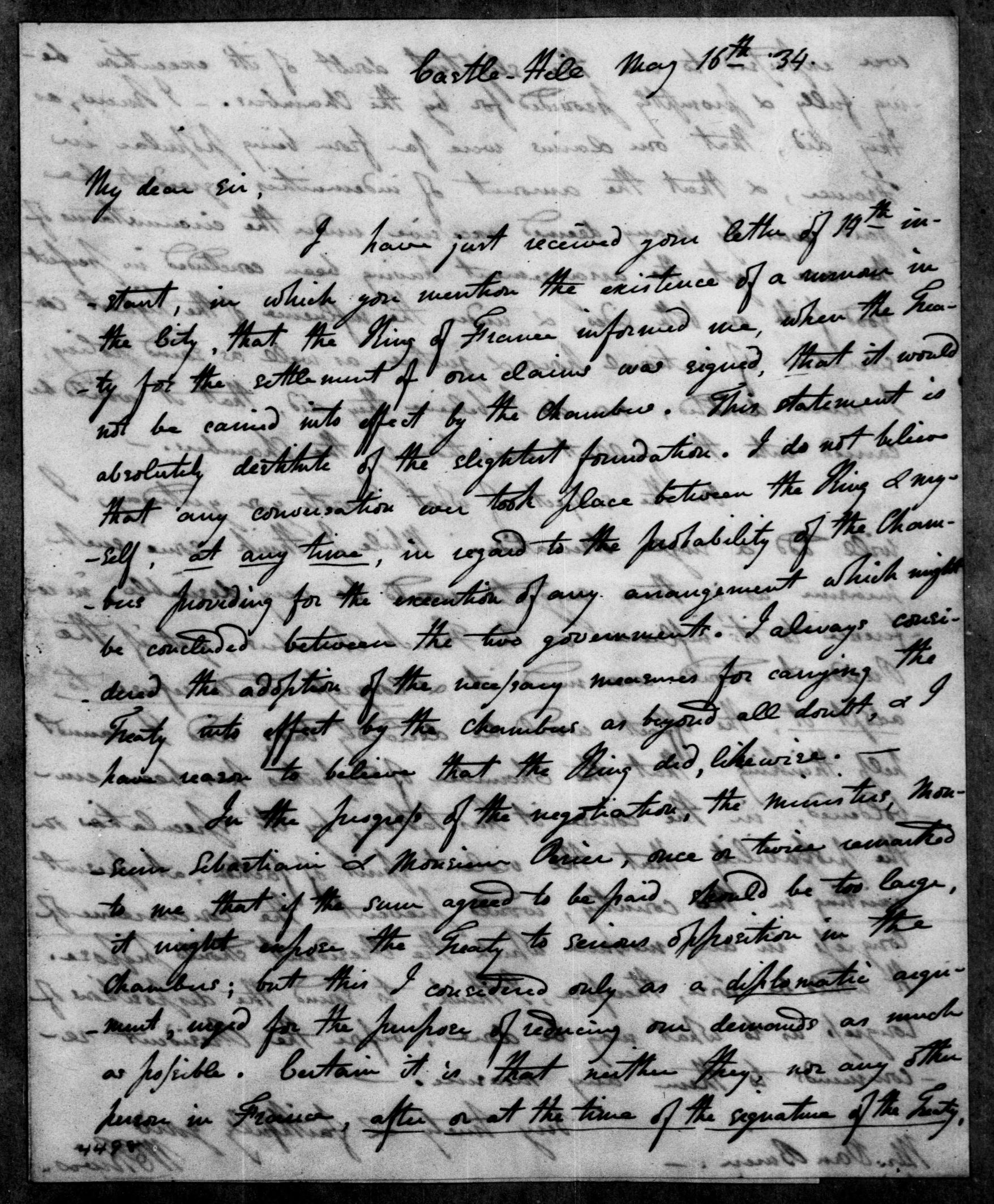 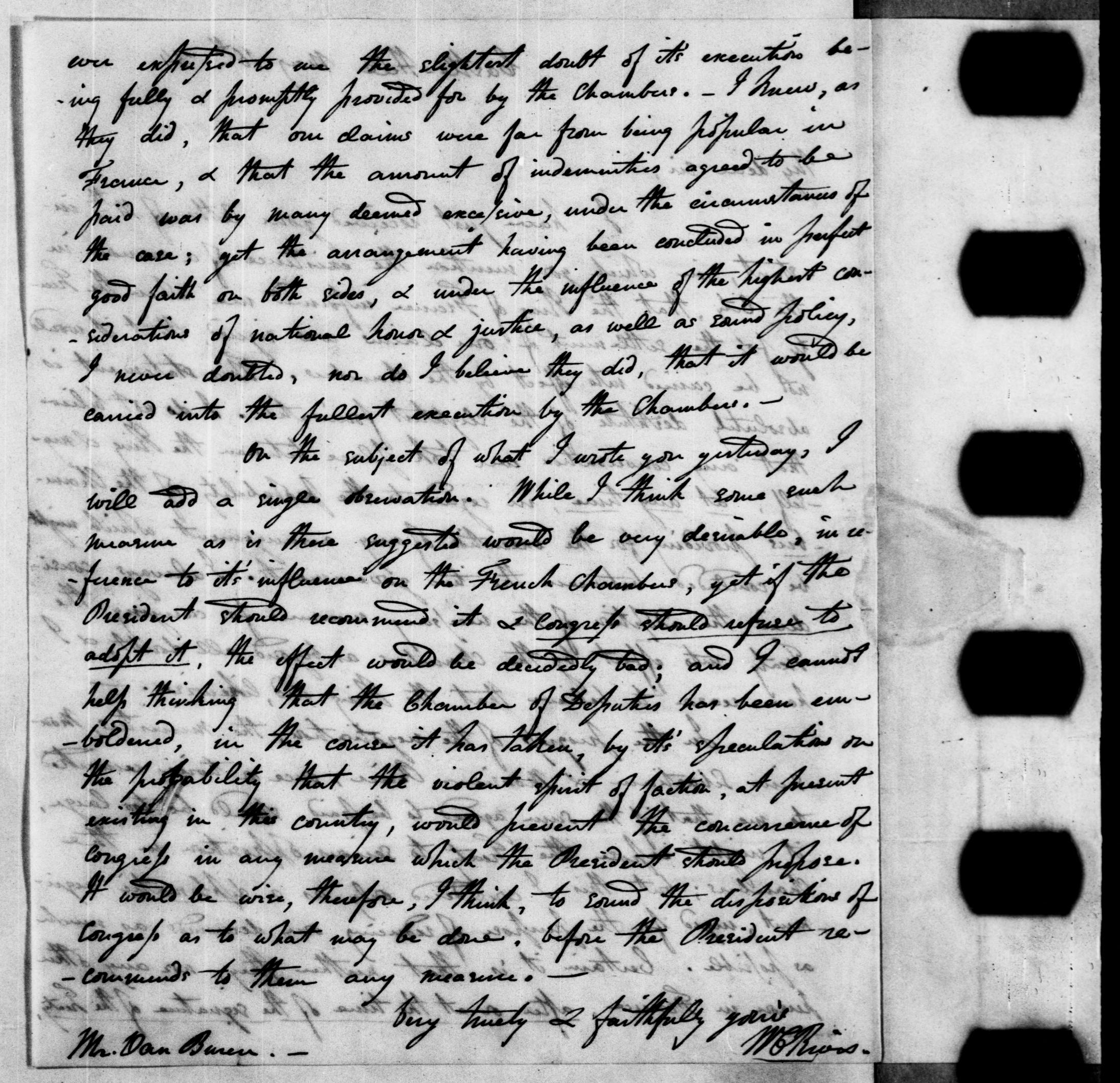 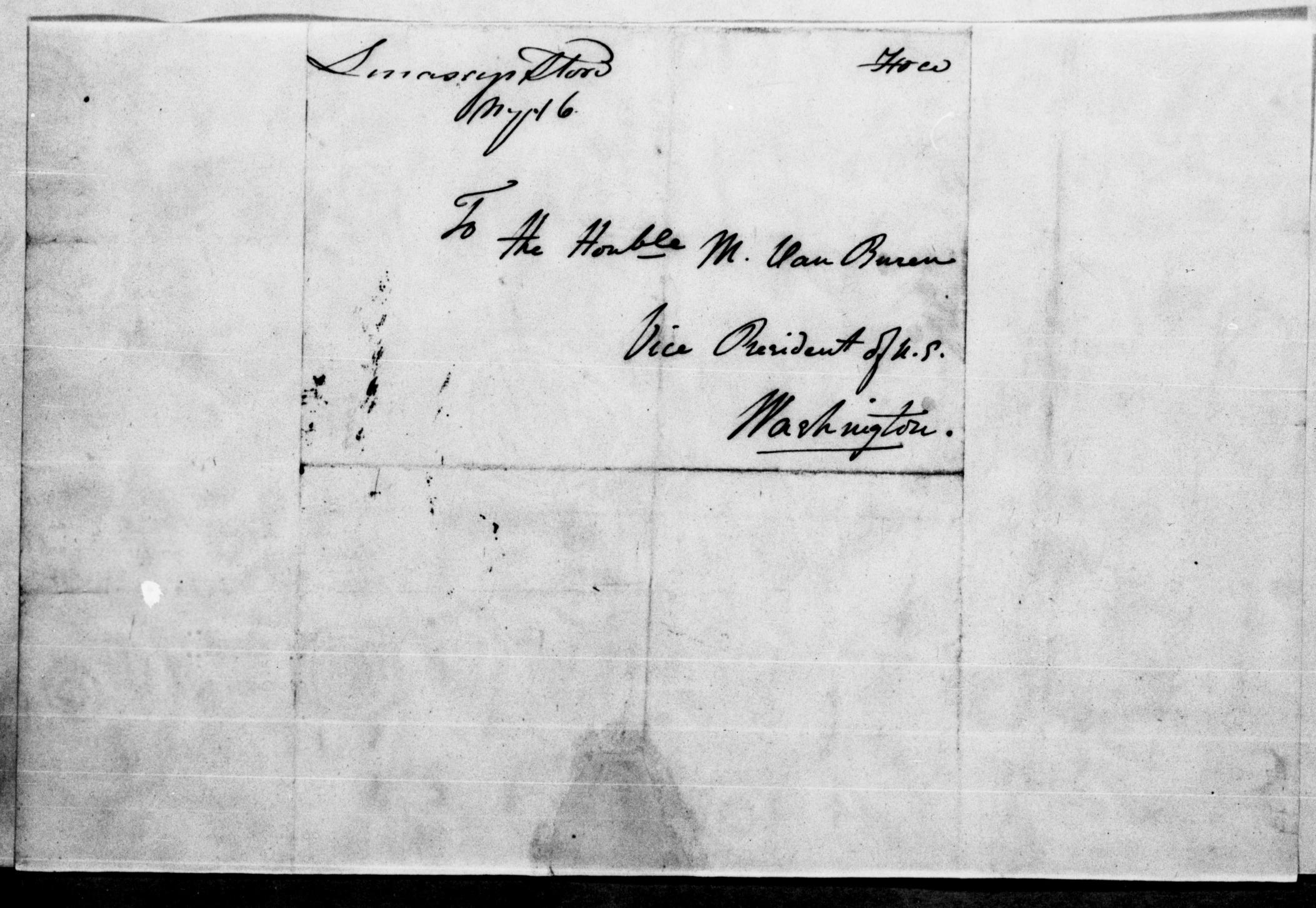