An arrival from France brings the <fact> that the Law to carry into effect an treaty has been rejected (The minister of Treasur & an other <resigned>) This <Event> in which our rights and <honor> are <implicated> ought to be taken advantage of to cure the disordered <illegible> of the Public mind <illegible> a <defeat> or any other <unrepublican> <illegible> Napoleon ordered the Dome of St. Sophia's to be Gilded There was a Policy in this which at this moment may be usefully <illegible>. Without being committed to a hostile cause the President in a Message to Congress may <squint> at consequences and the alternatives of war or reprisal He may then call back to him the confidence of the People in his ability & <illegible> to protect the national honor In that this matter ought to be <worked> up in a way to afford his friends relief in the <personal> condition. Which I must say (altho I determined not to <crack> again) is indeed disastrous And will be rendered more so by the accounts from England

I pray you my dear sir to endeavour to look at the worst side of our <illegible> affairs and to act as though they were as I believe them to be. Desperate diseases require desperate remedies. It would be better that the President should be <illegible> than not to act on this subject Let him be abused by the opposition for being so and his friends will then have an opportunity to call out these strong feelings of Patriotism in which other subjects are incapable of exciting

I write in haste

P.S. I should be grateful to hear from you 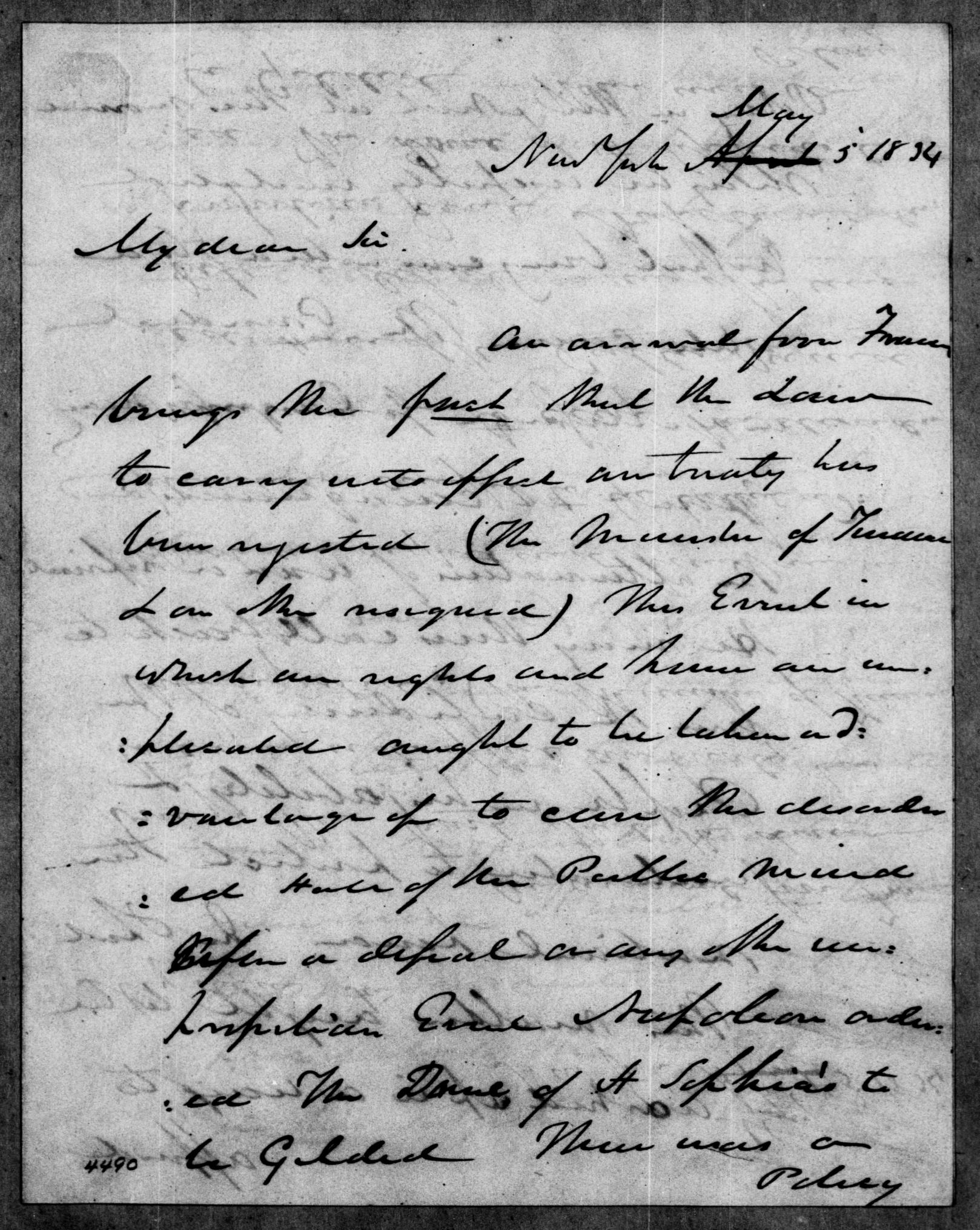 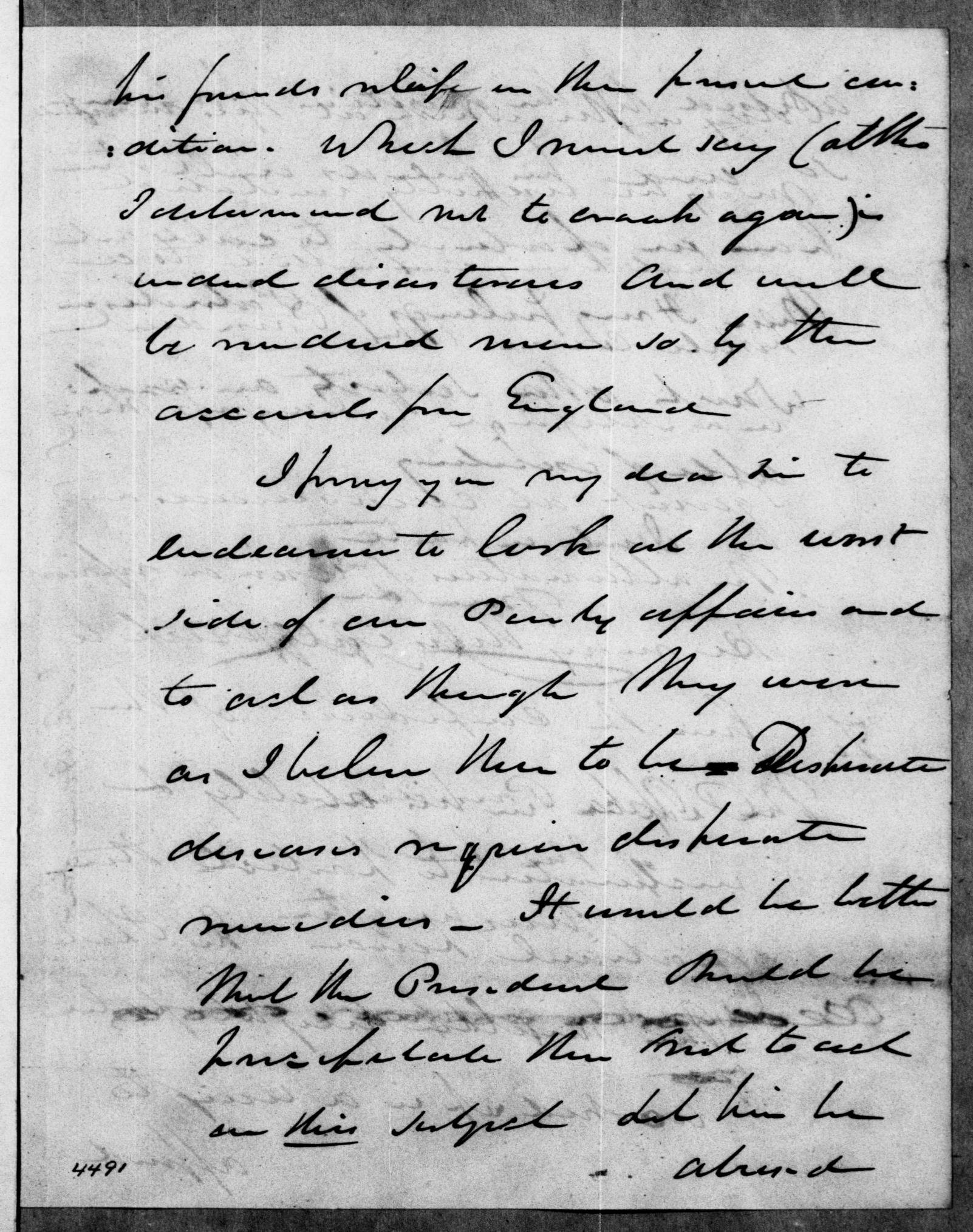 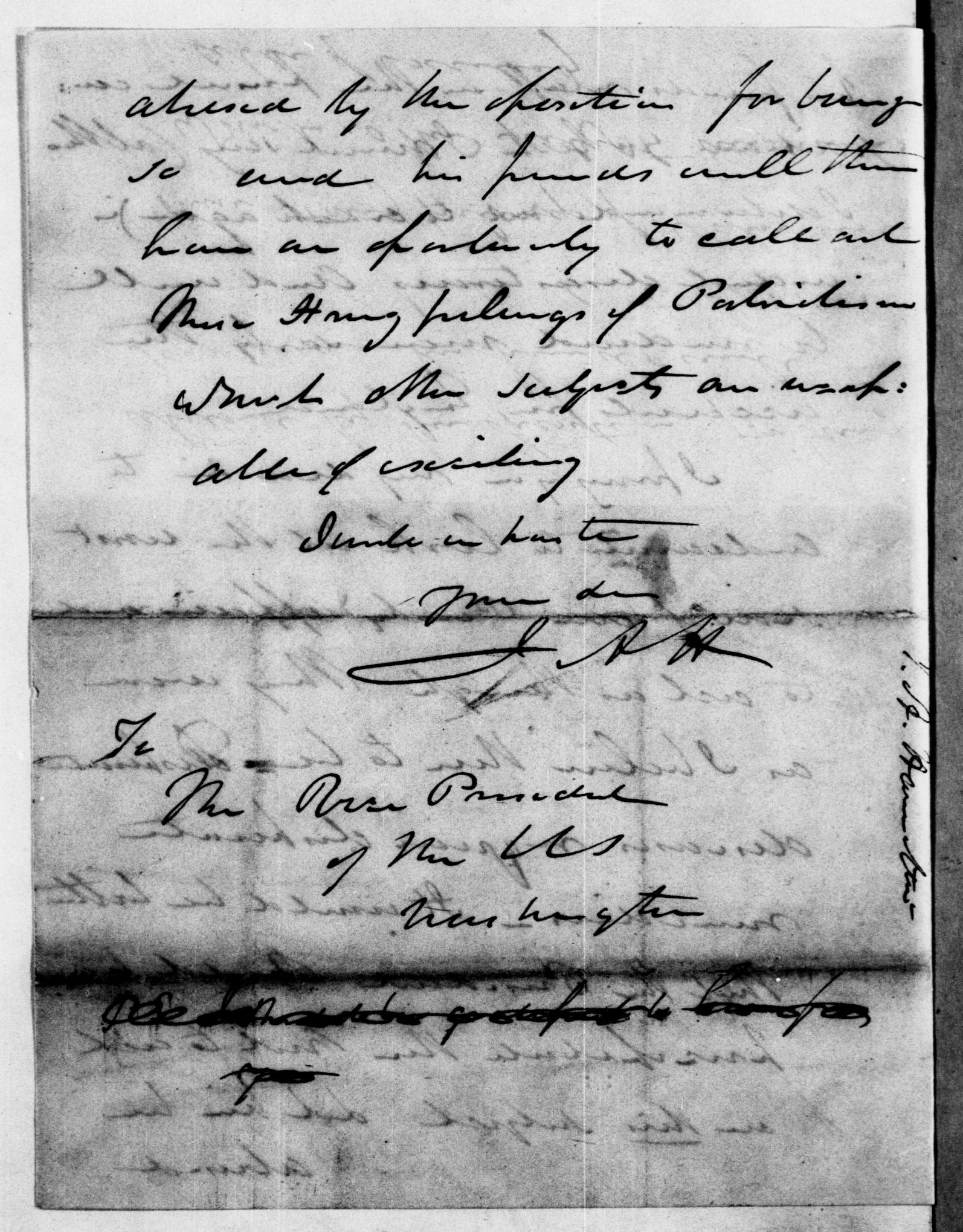