I have just had a conversation with Morgan L Smith chairman of the Young mens Committee in NewYork a sound discreet and faithful man. They will organize and make Every Exertion. But he represents that the apathy of the People upon whose votes he principaly relies is dreadful: and the bitterness of those who are suffering under the losses and derangements of the times is fierce. They will have a hard struggle, his confidence appears to be shaken, though he thinks they will secure Eight wards. Now I doubt it from his own representation: in which I place more confidence than in that of any of the Old leaders.

He thinks a rallying point is necessary and that the 10 million Bank should be immediately Chartered. He cannot perceive, any more than I can, why it should be necessary to wait for the action of Pennsylvania. If we put up a large Bank of our own do we not by that act show that we are determined to persevere in opposition to the United States Bank? Do we not Entirely frustrate her chance of a reaction? Most clearly, and the argument that such an institution is necessary to sustain industry and the prices of Commodities must be irresistable, because unless you do that I tell you Sir the contest is hopeless.

Such a Bank would issue no Notes less than $20= leaving room for that brilliant but vote loosing notion a metallic Currency. At least vote loosing among us. How it may serve in Virginia and Pennsylvania I do not know. But according to the best of my information in this State it is scouted.

I can shew, that taking the population, the Exports, the imports & the Tonnage of New York and comparing them with its Bank Capital with the same Criteria of the other maratime Cities NY. has 30 millions less Bank Capital than any other in the Union. 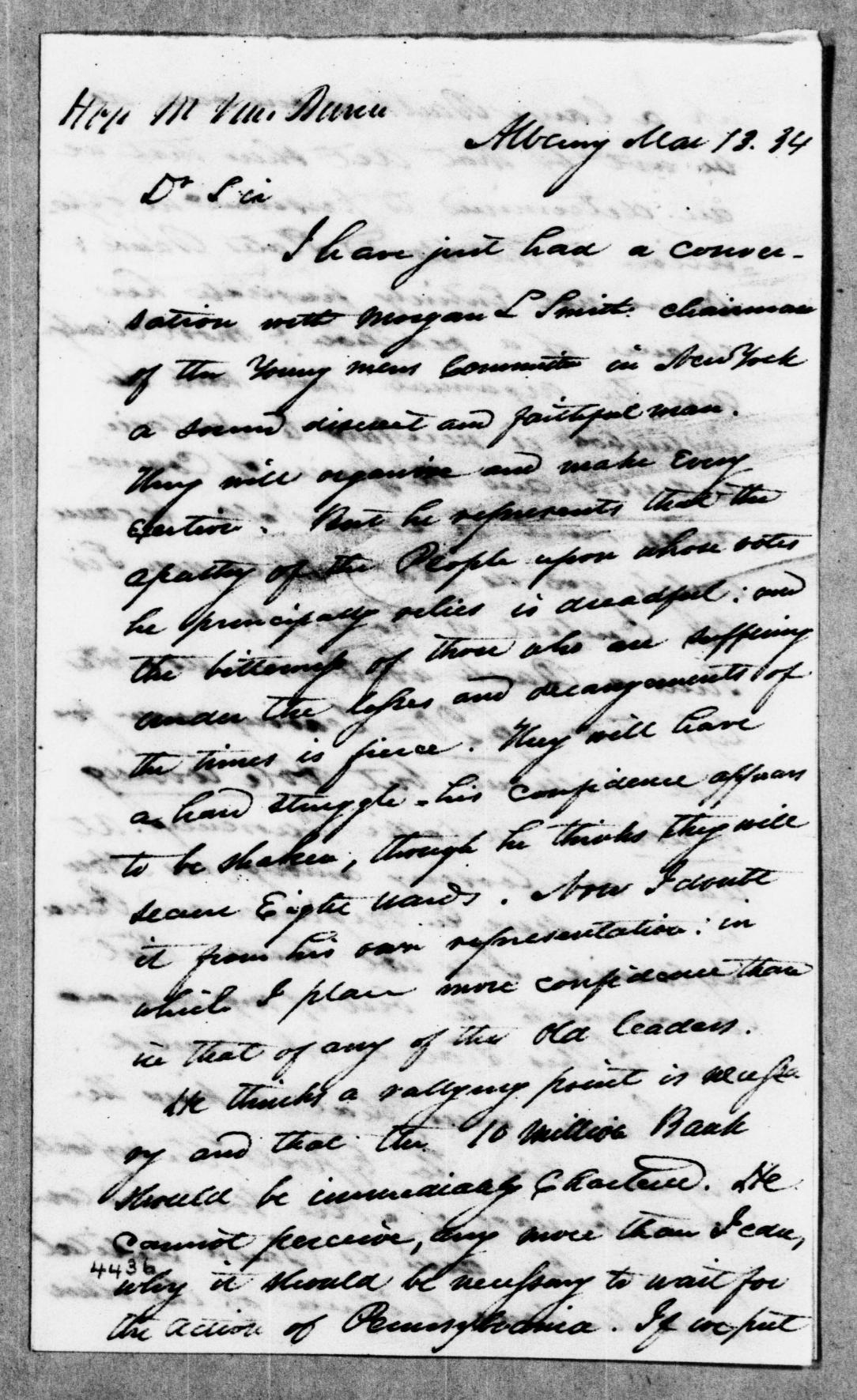 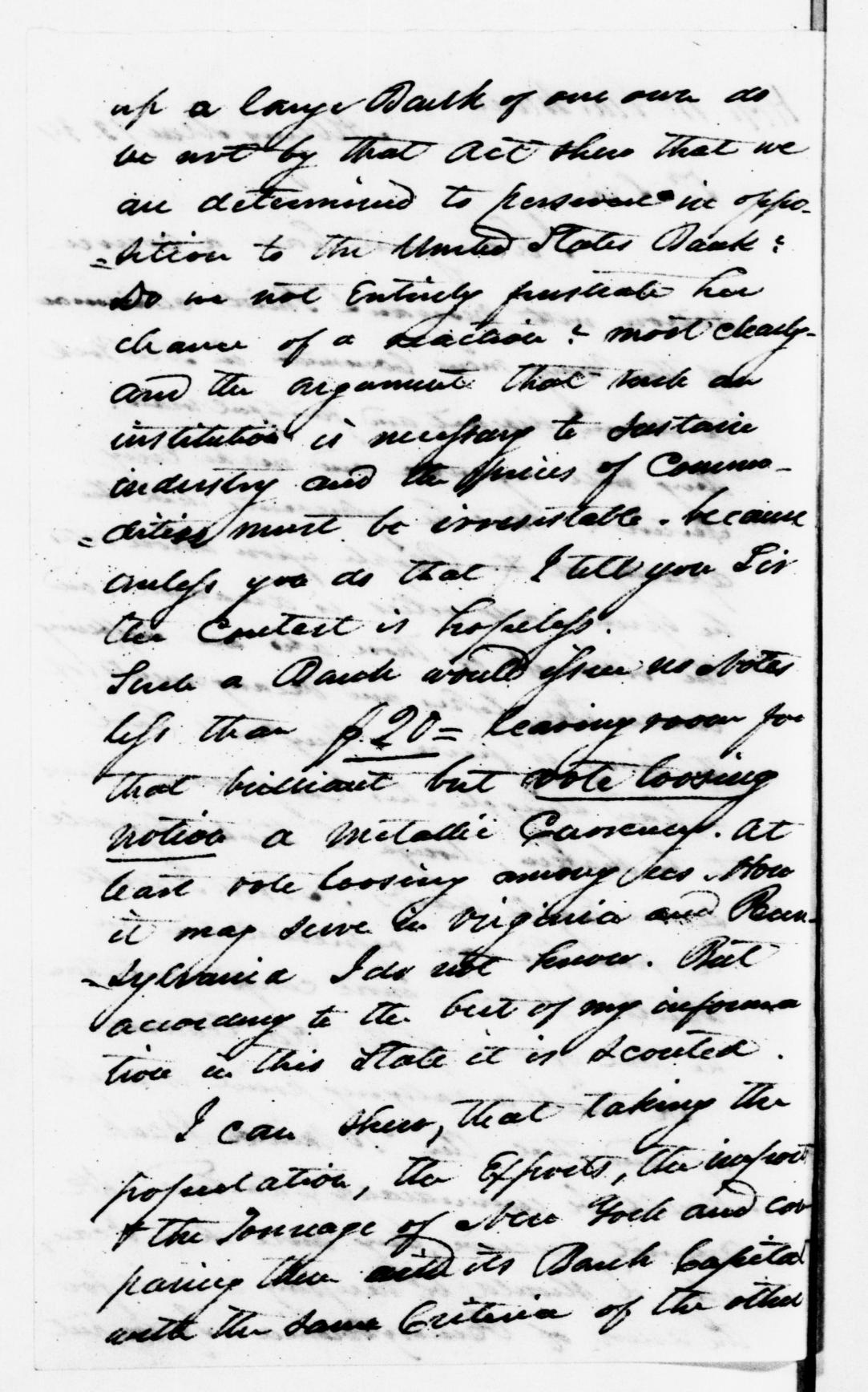 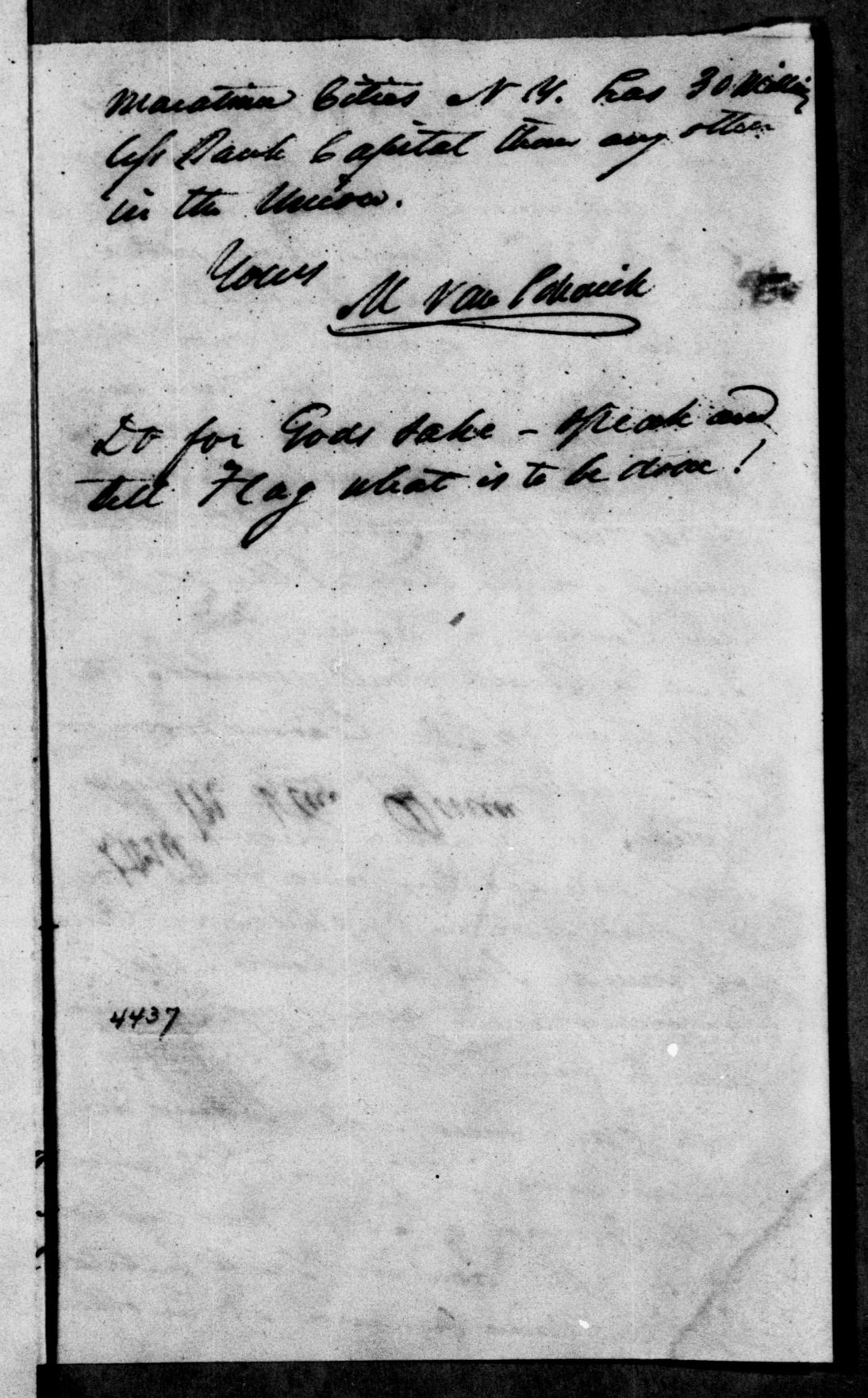 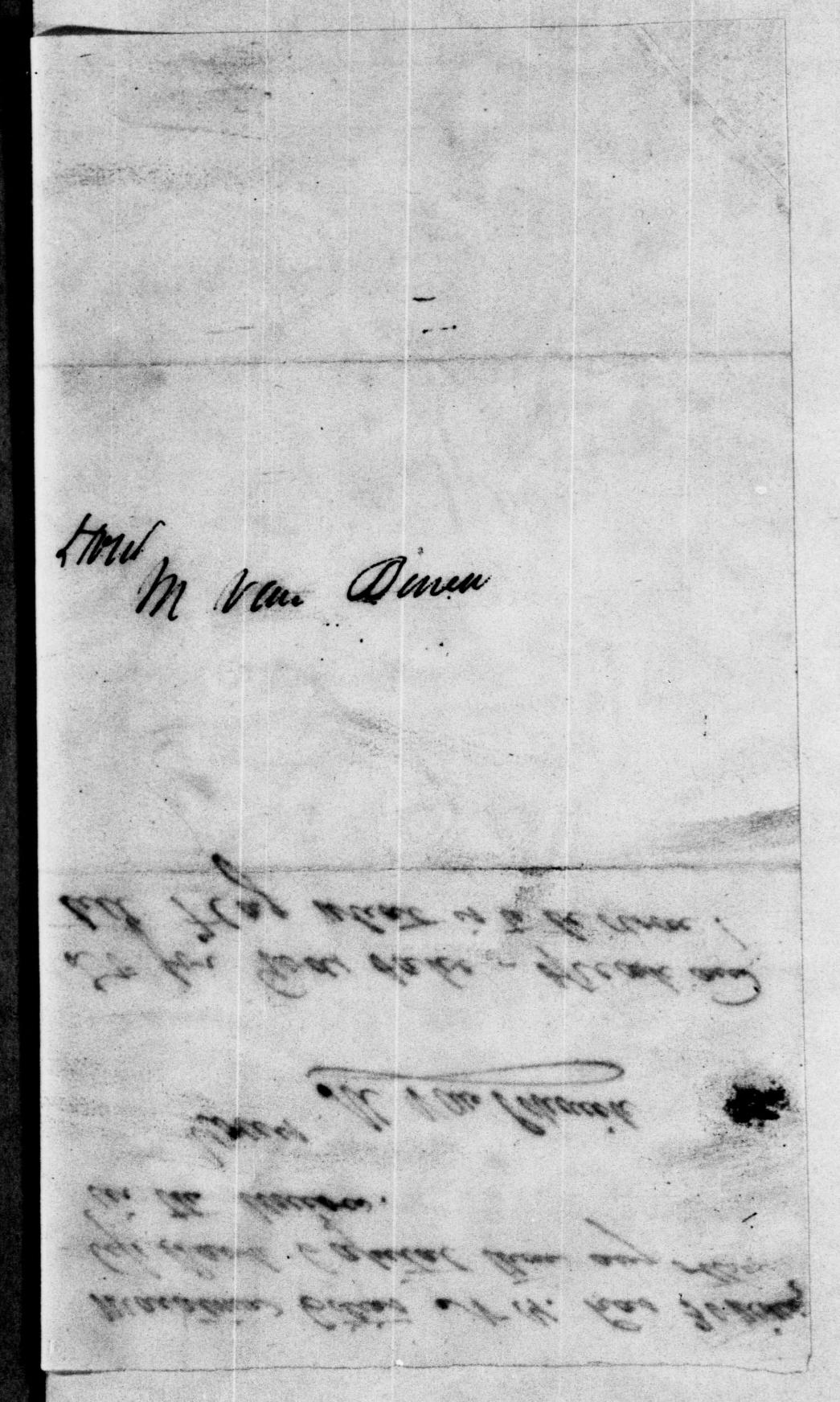