I wrote you some ten or twelve days ago, which no doubt you have received. The distress for money continues to increase, and every article of the produce of the Farmer continues rapidly to decrease.

The prices of Grain about a year ago, that is, in the Winter of 1832 & 1833 were here, as follows. Wheat <illegible> to <illegible>, Rye 85 Cents Corn 75 cents, Oats 43 cents, at those prices I sold mine. In September last wheat was yet <illegible>. Now I understand it is only <87> Cents. Rye 60 Cents, Corn 50 Cents, Oats 30 Cents, by this you will see that about a year ago Grain was nearly or about 50per cent higher than it is now. Last Season I sold my Wool for 65 Cents, and if I had Kept it only one Week longer I could have had 75 Cents. What it will be the ensuing season is impossible to tell. I do not expect that the best Wool will sell for more than 40 or 50 Cents, and perhaps there will be but very little call for it, as many Factories must stop unless they can get money to purchase their stock. Even at the present low prices of Grain there are but few purchasers, no money can be obtained from the Banks, They will not, and cannot discount. And persons who are in debt and have money to pay, are traversing the county in every direction in search of money, and but very little can be procured on the best of security. Rest assured that unless there is a change for the better, and that speedily, the heretofore unbounded popularity of the President will be destroyed. This is my deliberate opinion.

As to myself, this pressure does not effect me as it does those who are involved in debt, and called upon for money. My pecuniary affairs are very easy, altogether different from ^what^ they have been for nearly twenty years past. I believe I can get along even at those low prices for produce, and support my family without ^again^ involving myself with much debt, but it must be with the strictest economy, more so than I have been accustomed to, but this must be done if necessary.

I highly respect the President for his great military services, and for many of his presidential acts, but greatly disapprove of others. I do sincerely wish he would now retire from the Presidency, and spend the remainder of his days in peace and tranquility at his Hermitage in Tennessee. If he should do so I believe your talents would enable you to recommend some plan whereby to change the present aspect of the country, so far, at least, as it respects its pecuniary concerns, and whoever should do so, can it be supposed it would operate injuriously to his political advancements? Of that however you must and unquestionably will judge. 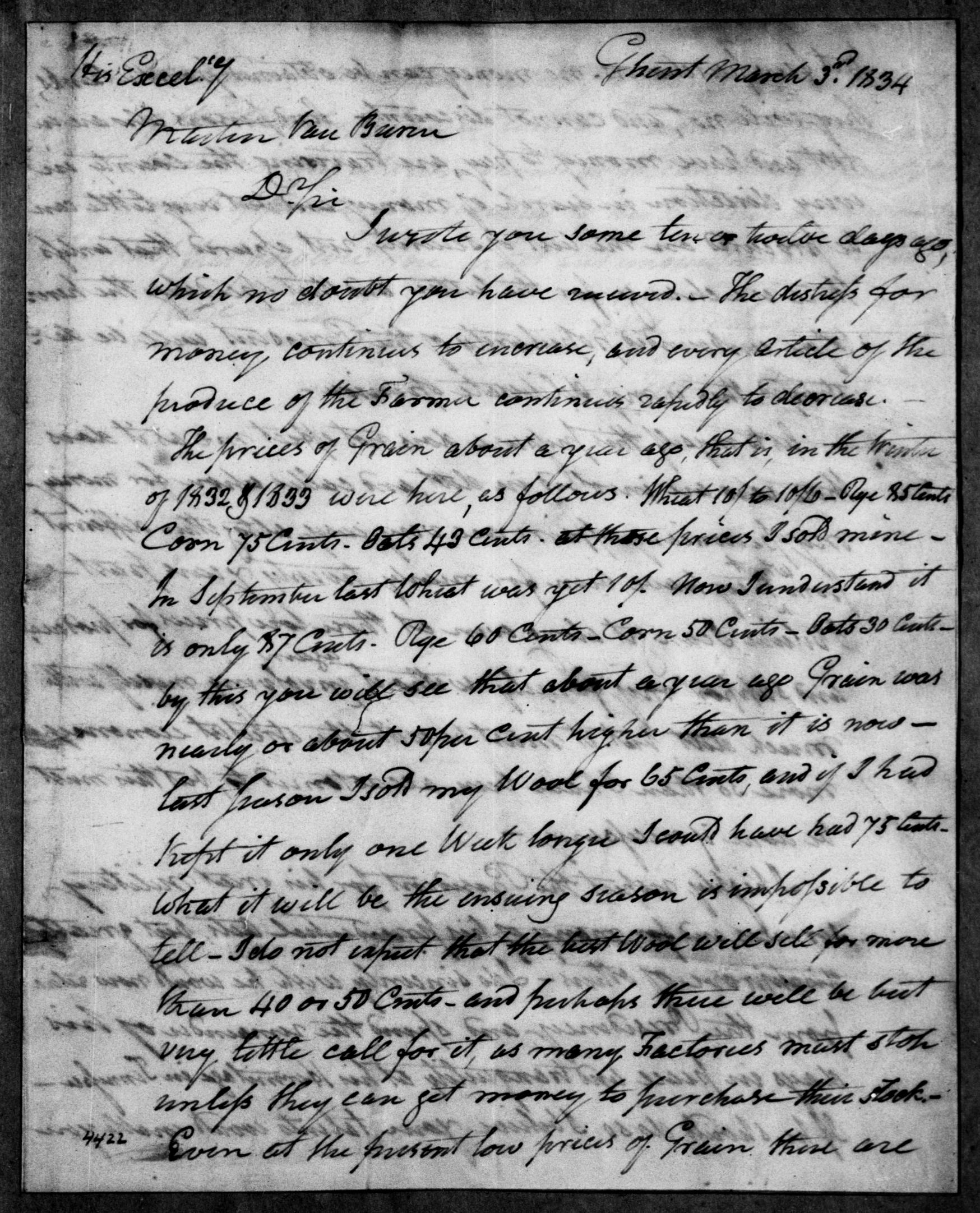 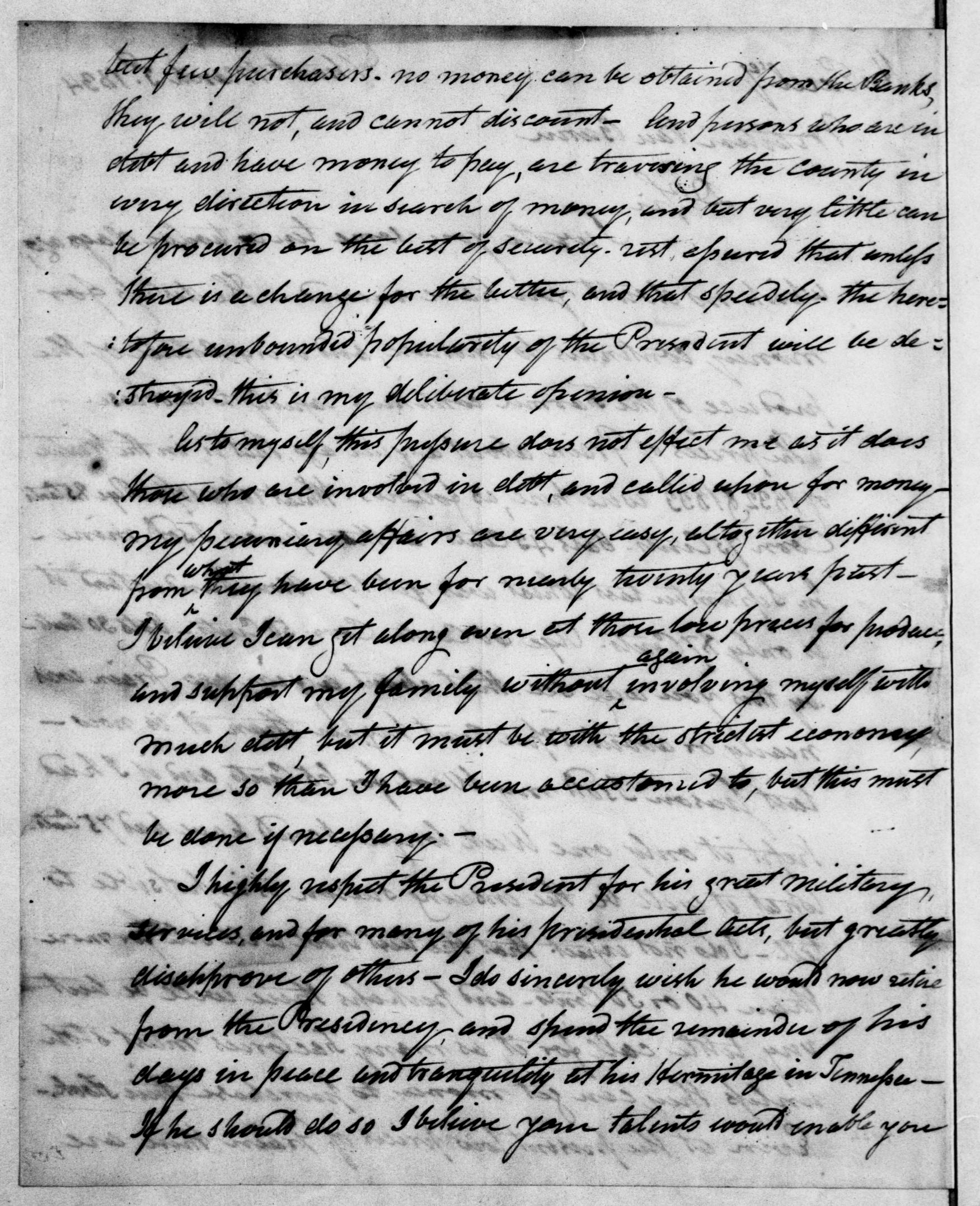 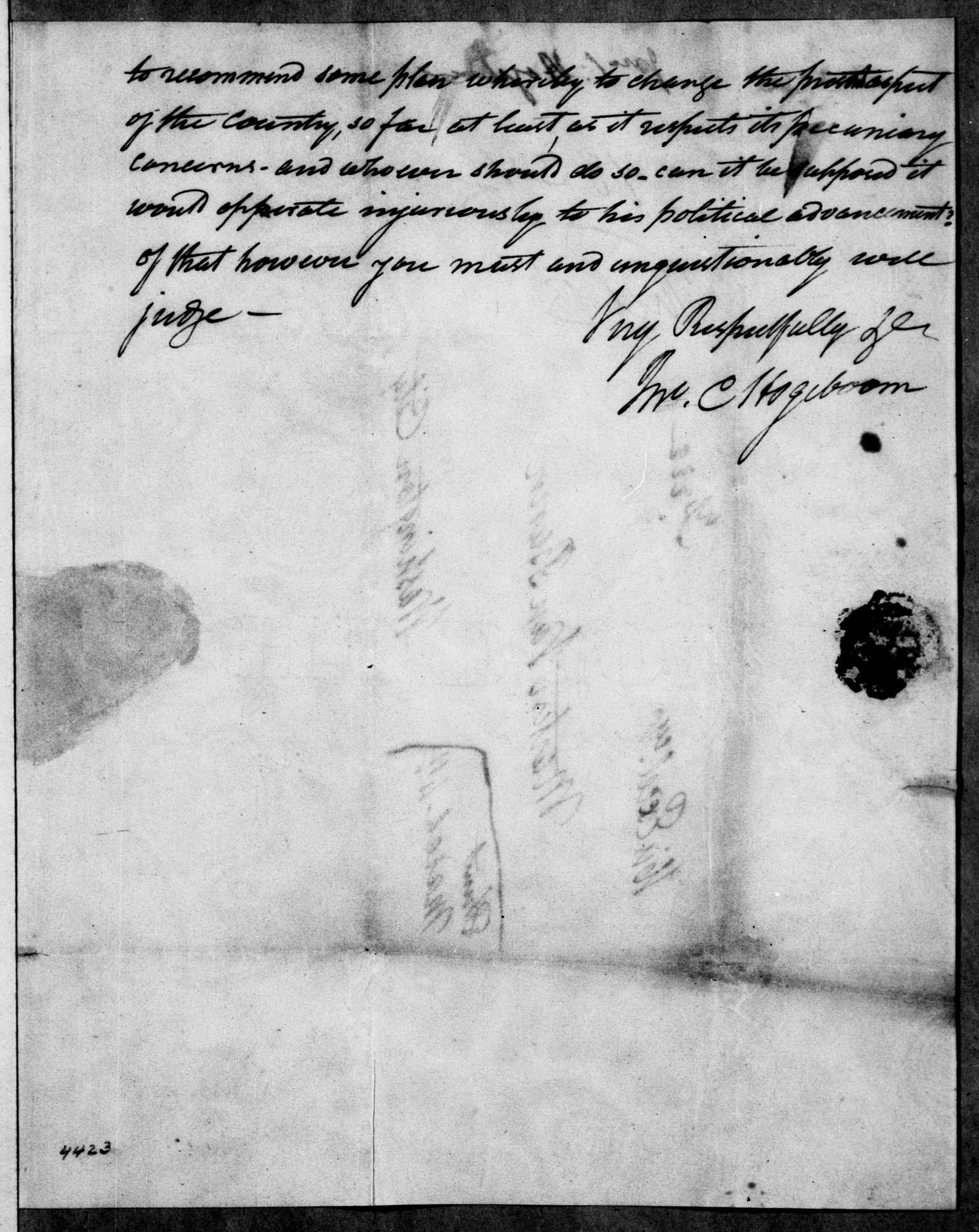 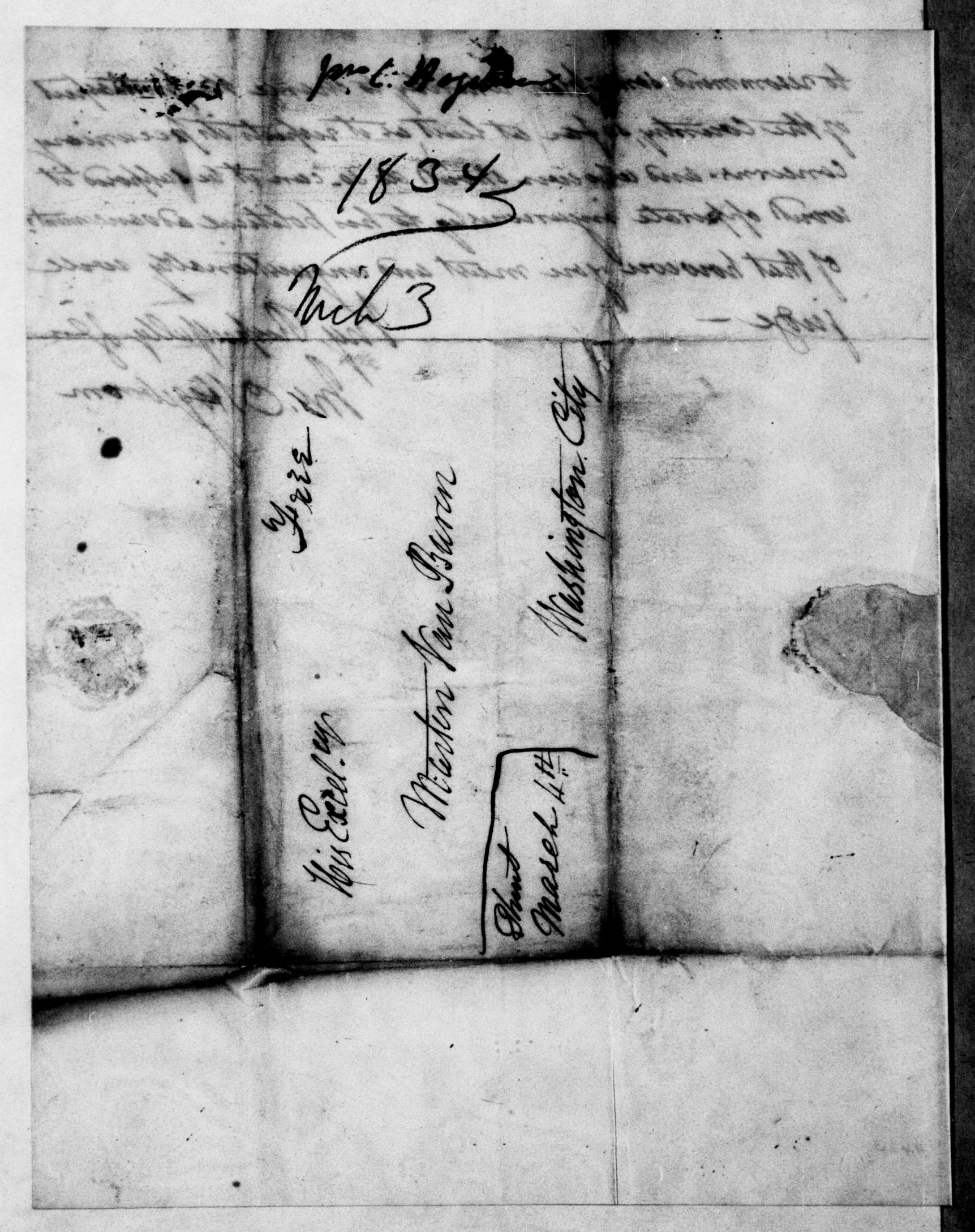