If I had not ventured some time since to give my views of the prospective state of things here, I would not trouble you with this letter. There is at this time a great stagnation of business for want of money, great alarm among merchants, & great exertions made by politicians & frightened merchants to <illegible> the panic, with the hope of producing a recharter of the Bank. It will be ^continue^ so probably until while the question of deposits is pending before Congress; until that debate ends the merchants will be made to minister to their own ruin, <illegible> <until> <allowed> <illegible> <purposes> of men who would rather rule in hell than serve in heaven. There is an infinite number of the most improbable stories set afloat here daily be keep alive the hopes of that part of the community who are advocates of the bank, or dependants upon it’s favor, and it is incredible how readily every thing of that kind is believed. The Country banks are compelled to withhold discounts from their customers, not knowing to what extent they may be compelled to redeem their notes, by a direct attack of the enemy, or the effect of a general claim. The Bank seems to know & feel to be disposed to use its’ powers of mischief, in keeping a threatening attitude without striking. It is one point of the game made by Clay & his co-adjutors to affect the Credit of the our Country Banks. They gratify more than one passion by this, and among them a fiendish spirit of revenge, rendered poignant to the point of agony, from <illegible> repeated defeat. It sears their eye balls to see you in your present seat. We have political friends here, as you are aware, who have reasons to be somewhat conspicuous, that are willing to have the community alarmed that they may profit by it, who by their language and conduct add to the prevalent terror. These men are not the sinews & back bone of democracy, & they are looking forward to either a new National, or a great State bank. A part of the recent excitement I have no doubt is owing to the conduct of some of our friends, some from honest, & others from sinister notions, who thought the present a favorable time to carry through our Legislature a 10,000,000 bank. They believed that you would favor it. Being consulted I expressed myself very strongly that you would not favor it, and that the Legislature would not listen to it.

It is pretty difficult for honest men to keep their heads right, at such a time in such a city as this Our troubles are not for want of ^wealth^ means, for there never was so productive a Season as the last, in our state, & there never was a time when there was so much money coming into the country, as the present time. Much of the embarrassment is certainly owing to the reduction of duties and change in the policy of credits for duties. It is a great pity that the ^a^ <illegible> system, liberal in its’ provisions cannot be immediately adopted. How long these times will continue it is impossible to tell. If the President finally puts the strong man armed out of the <house>, he will have a glory proportioned to the enemy of the resistance; if he fails he will have the approbation of his own conscience & every good man will admire the martyrdom. It will be a noble stand upon the very verge of liberty. 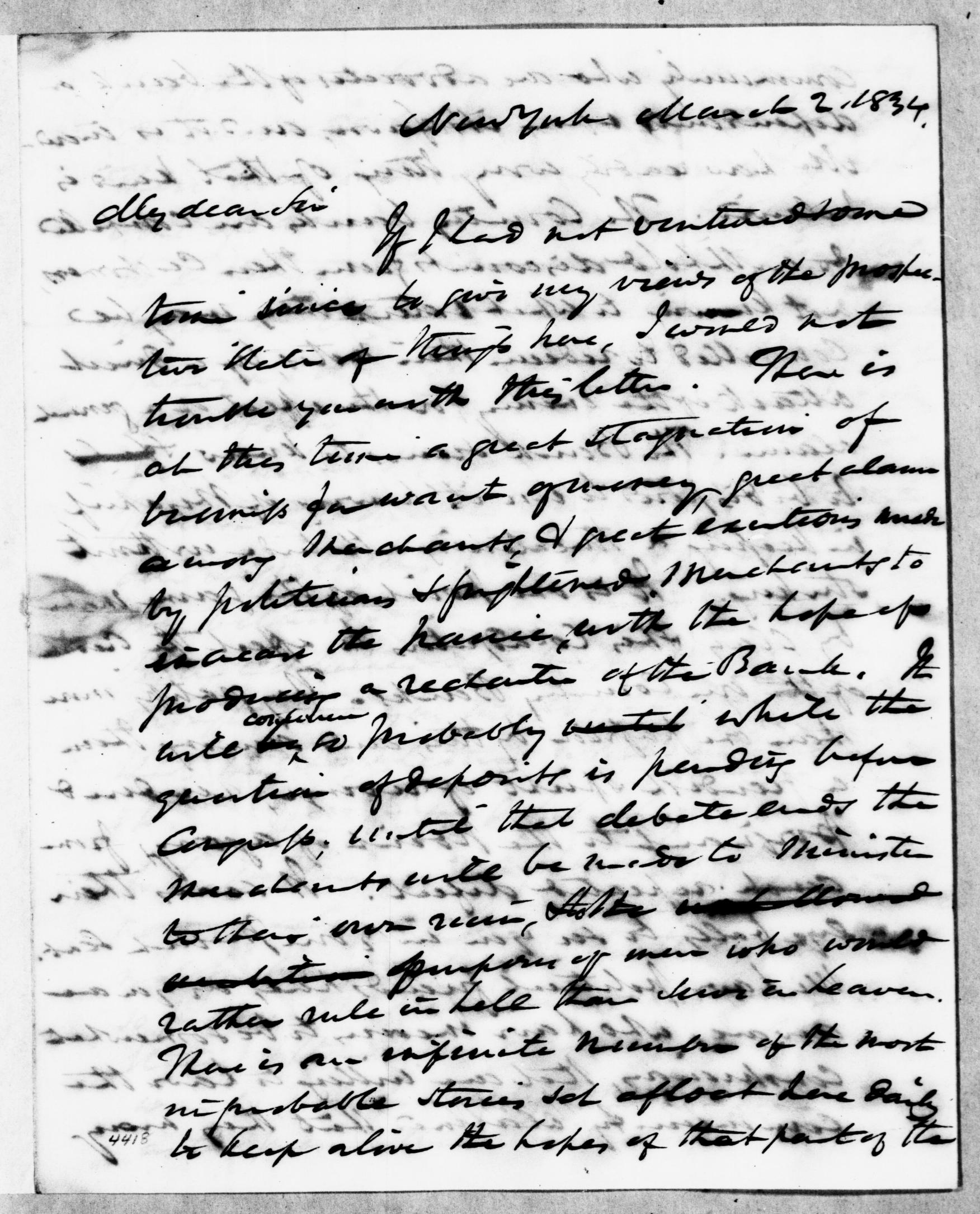 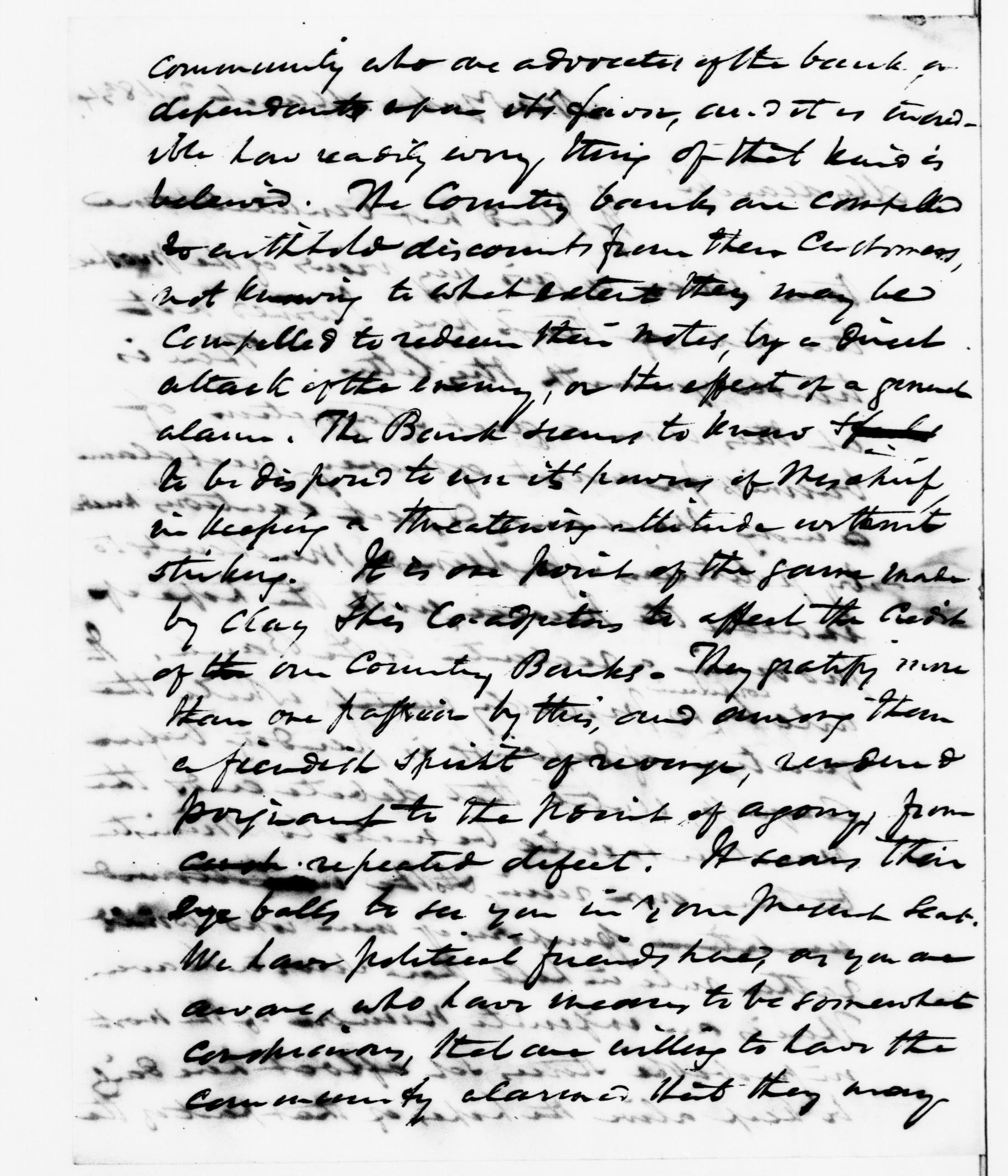 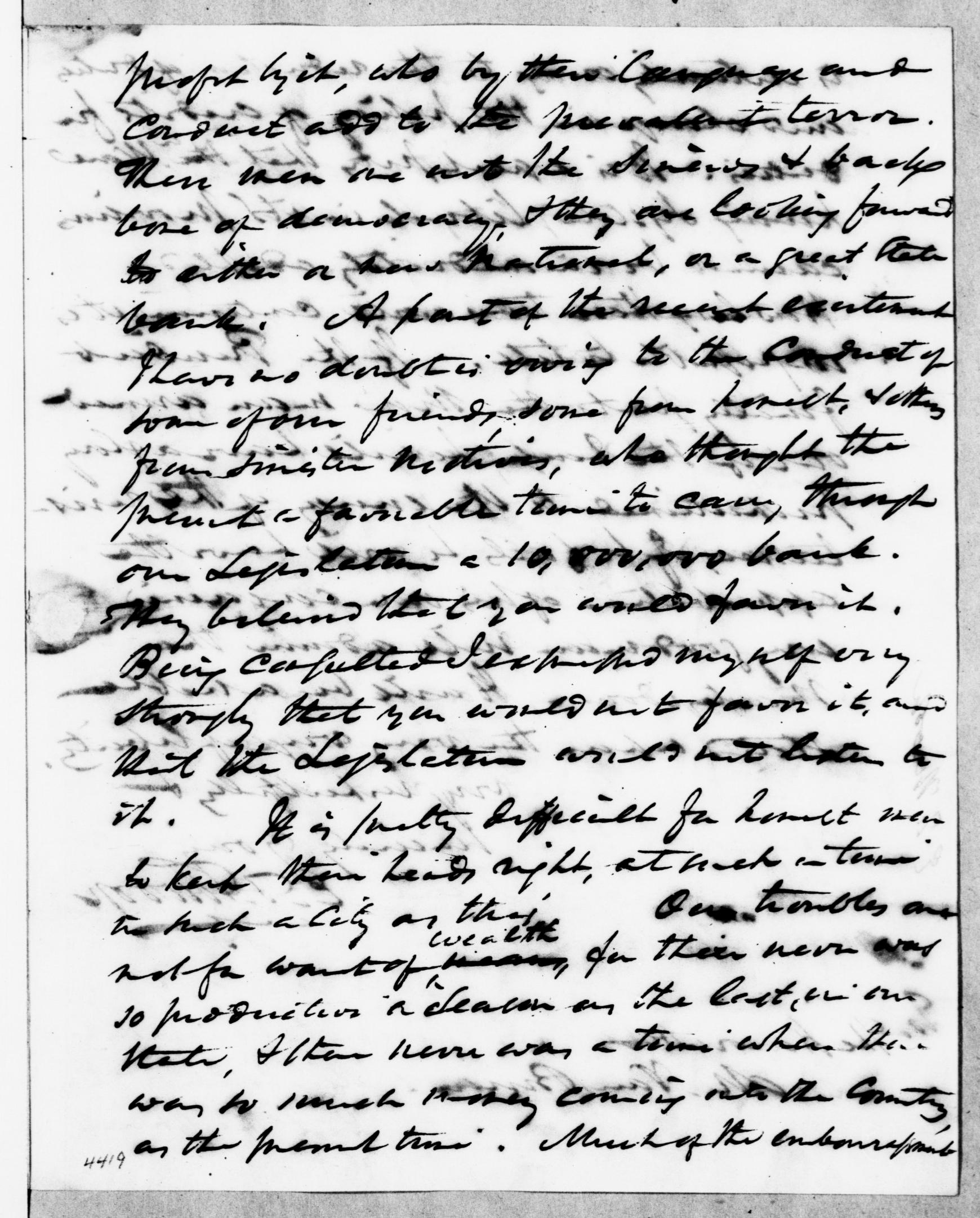 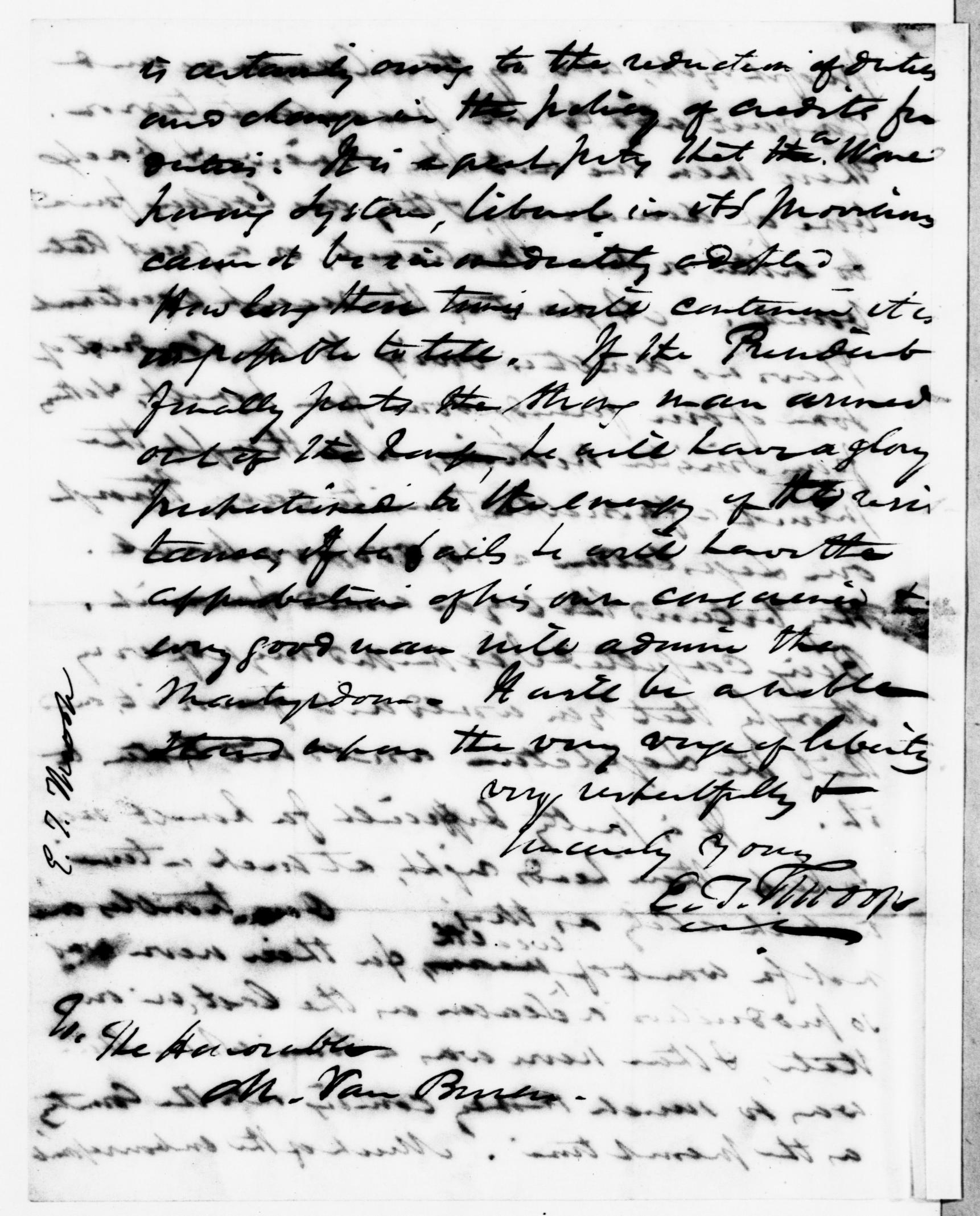