I had no idea that we were attracting any particular attention at Washington, although here we have been talked about enough in the papers to make a stranger believe that we were men of some consequence. None but a stranger I am sure would believe us entitled to so much consequence ^merely^ because we happen to be here in the discharge of an ordinary duty at this time. Just before we left Albany the banks there had discontinued receiving country paper of the brokers here & anticipating some commotion we came down rather sooner than we might otherwise have done. The Albany banks said they could not continue to receive the country paper for want of the requisite capital. They had heretofore been enabled to do it by means of the Canal fund deposites which had now been nearly all drawn out for the purchase of stocks &c. They proposed however if they could be furnished with $300,000 of the canal fund that they would resume the business again, & we told them we would see if the banks here would not give up that amount for that purpose. They did agree to do it & the arrangement is completed. This is the whole story & if Mr. Clay can make any thing out of it his ingenuity must exceed my conception So far from having any negotiation to make on the part of the country banks not one of them know any thing about it. The course which the papers here have taken has alarmed the country banks & they are now all holding up the effect of which will be to deprive the city of much of its remittances this spring. If the state of things <illegible> continues as it is we may certainly look for hard times but I trust the banks in this state can sustain themselves under it.

I understand from Mr. Gallatin that the U.S. Bank is anticipating an order of the government refusing to receive their checks in payment of duties & public lands. Those checks I suppose constitute about seven millions of their circulation & I should think the refusal to receive them would operate in favor of the bank. Such has been the effect of their receiving & redeeming their branch notes. Their circulation has been encreased by that means. If the government refuses to receive their drafts they will nevertheless circulate in the community & the bank can go on & encrease the amount to almost any extent. They would do so I have no doubt & at the same time use that as the pretext for continuing their curtailments. Mr. G intimated that they would have to curtail if that was done. I presume therefore they would be glad of such a pretext.

I was talking with Mr. Newbold today on the subject & he concurred fully in the opinion that it would be unwise to prohibit the receipt of those drafts by the public officers.

They will have a blody fight here at the ensuing charter election our friends think they can sustain themselves & the opposition are professedly certain of success. I have no doubt it will be the warmest election they have had for years. I see the names of many men attached to the calls for meetings who have never before come out, but then such men can do but little after all. The debt of the branch bank here is now as large as it ever was & the people of this city could not have expected it to be larger if they had retained the deposites, but by removing their deposites the other banks have been enabled to encrease their discount all of four millions to relieve the community. The bankruptcies would have been ten fold what they have been but for the removal of those funds & yet the people of this city (I mean the opposition & many who have voted with us) are so infatuated as to believe that to that circumstance they owe all their embarrassments. The truth is the whole country has been overtrading & the reaction now experienced is its legitimate effect. 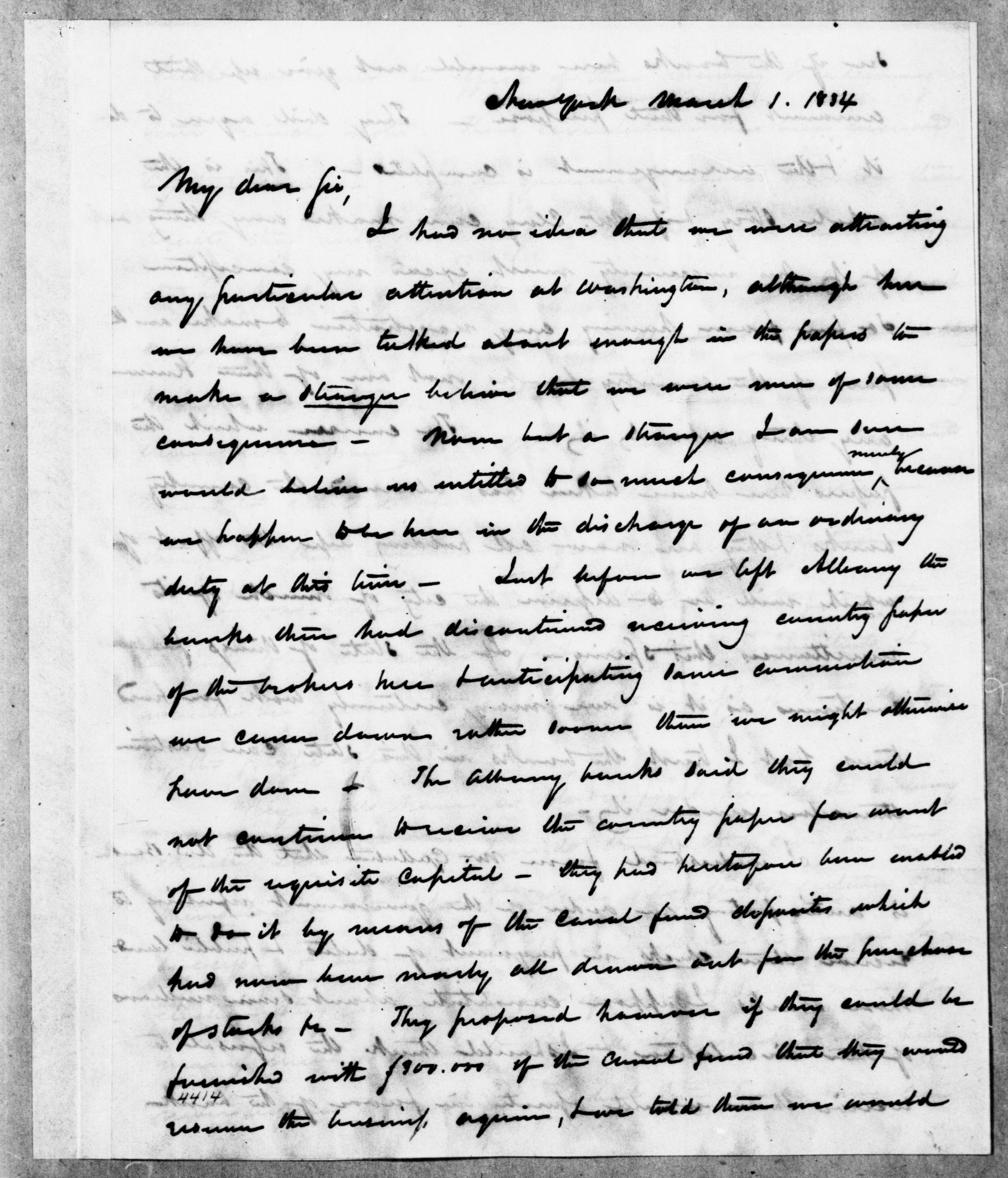 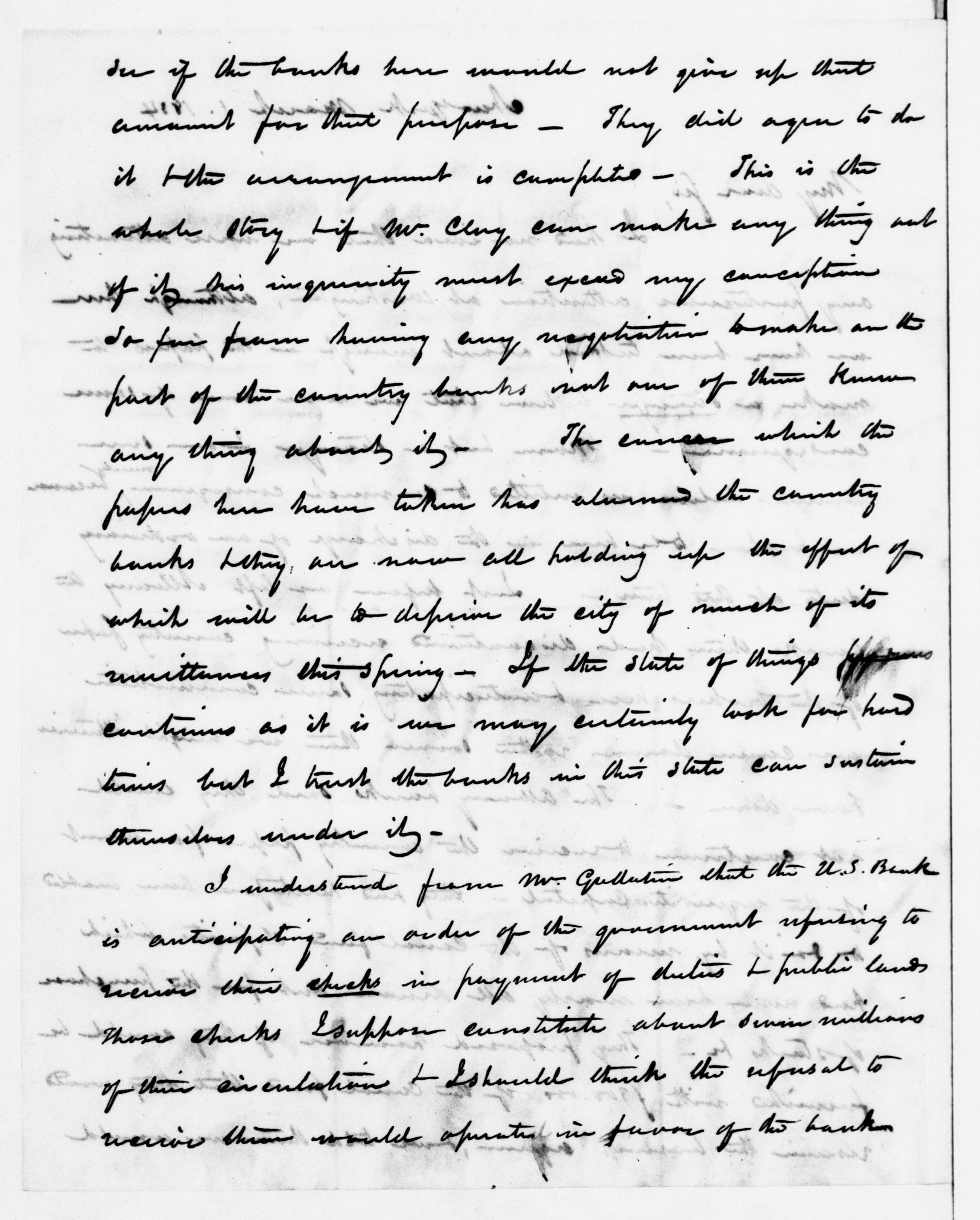 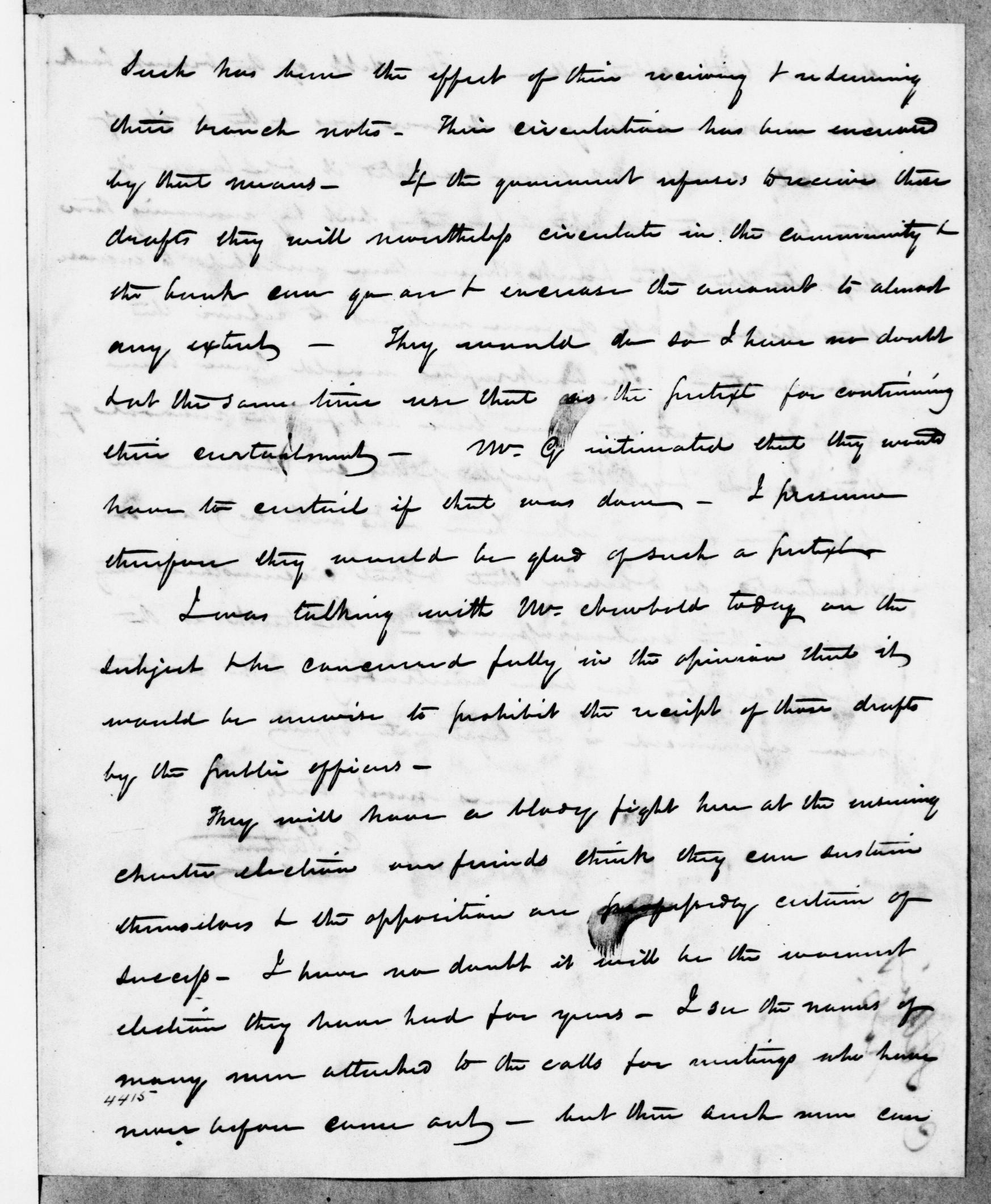 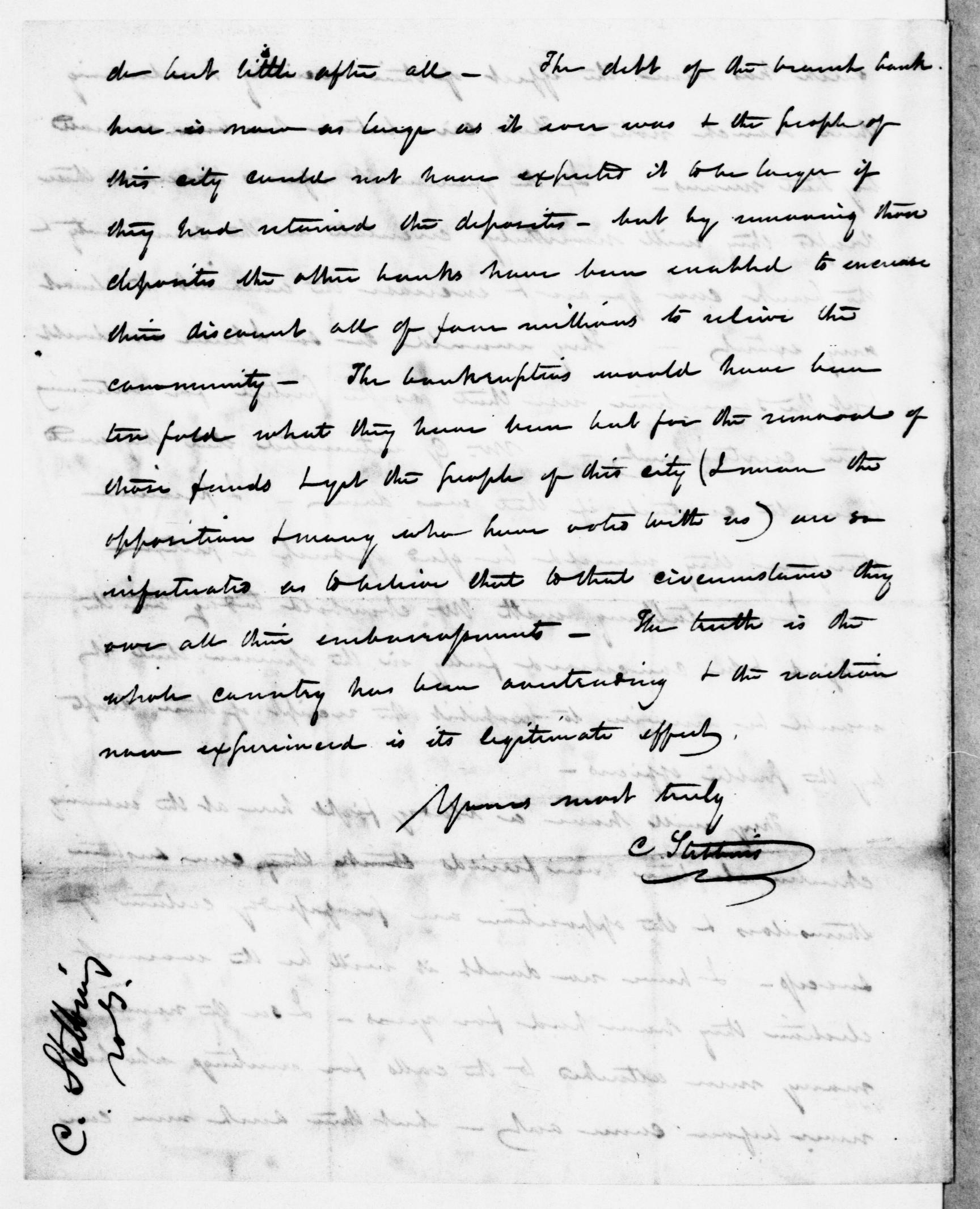