Steam Boat uncle Sam on her

passage from Louisville to new orleans

After leaving Washington I visited Baltimore, Brownville Pittsburg Wheeling Cincinnati Frankford & Louisville & found great despondency pervading the trading part of the people at all those places & particularly so at Cincinnati where a number of Jackson men had been induced to approve of plan for rechartering the u S Bk & to unite in a call for a public meeting ^for the following monday^ without distinction of party to petition Congress. A large number of persons of both parties had assembled before our arrival 8 Oclock on the evening of the 20th & altho unknown to me they heard of my arrival & invited me to meet with them I did so & made a talk, in which I endeavored to exhibit the absurdity of making any application for the return of the deposits or for the recharter of the present Bank referring to the Globe of Saturday the 15th which I had seen & which they had not as I traveled faster than the mail They seemed to think a substitute necessary and the friends of the President seemed much disapointed at the prospect of having a bad paper system substituted for a good one as they had no confidence in the proposition for a <illegible> <illegible> & the Bank men taking advantage of their fears were inducing them to join in their application very fast I then suggested the plan of a Bank at Washington & pointed out its advantages which seemed to infuse a new feeling into a very considerable portion of the meeting it was however resisted with great zeal by the Bank men I left the meeting <in> <illegible> the Steam Boat Horn signaling her approaching departure on board the boat I made a <illegible> <down> to which the Editor of the Cincinnati Republican & Commercial Register added some harsh allusions to the u S Bk & published the Editorial in this paper of Saturday the 22nd he also published ^in same paper^ the plan which had been agreed on before my arrival I shall be obliged by your <perusing> both also some remarks on the efforts making by the Bank party which appeared in same paper the previous day say the 21st of Feby. I have no idea the public meeting sanctioned any such plan as that suggested by me they the friends of the Bank will doubtless at all no party meetings take care & not approve of any plan which if carried into effect would prejudice or defeat the u.S. B. that suggested by me would <illegible> do it.

I should not thus importune you [. . .] the affair was personal, but believing & firmly believing that the best interest of the nation will be sacrificed if a substitute for the u.S.B. is not at least proposed in Congress by the ^friends^ administration I must be allowed to press the subject, the farming interest will not yield ^their opinion^ to the trading interest until they find that uncertain & insecure paper & <illegible> <illegible> has taken the place of u.S B notes & then they will be loud & <illegible> in their condemnation of the change, all which can be <remidied> by the proposed establishment at Washington & if you advocate it there will not be any effective opposition except from the Bank party & if they defeat the measure the effect will be as benificial as the Bk if established. 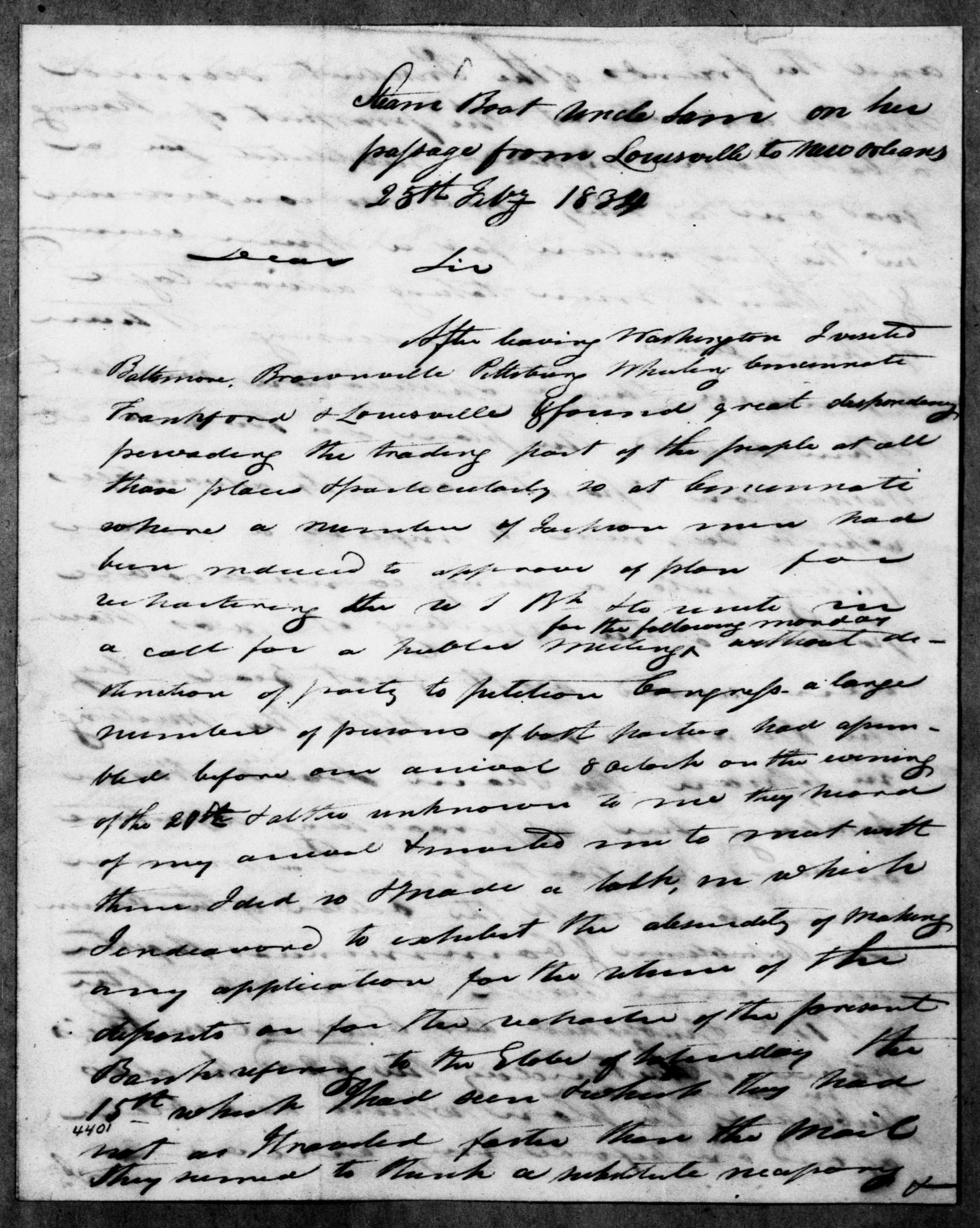 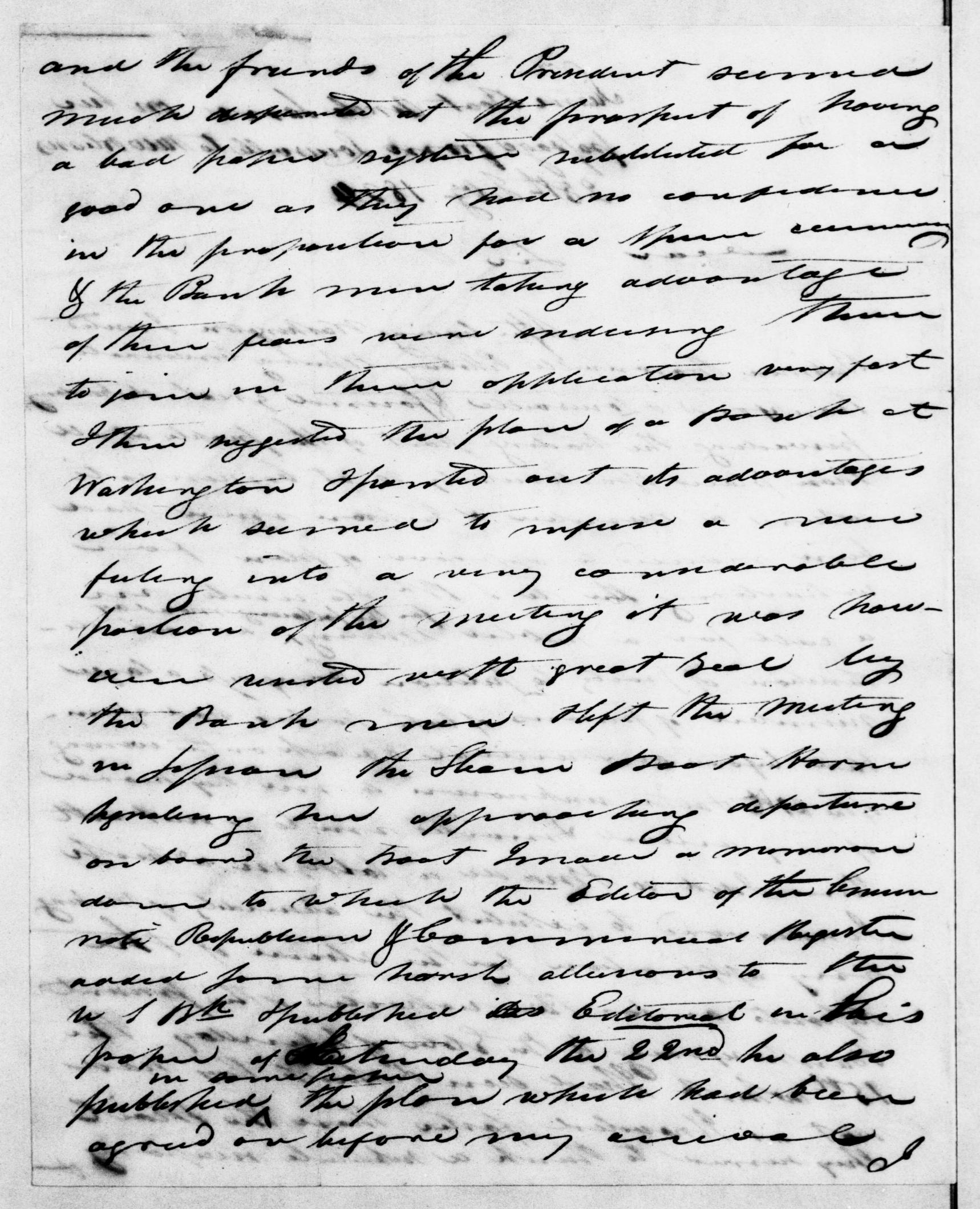 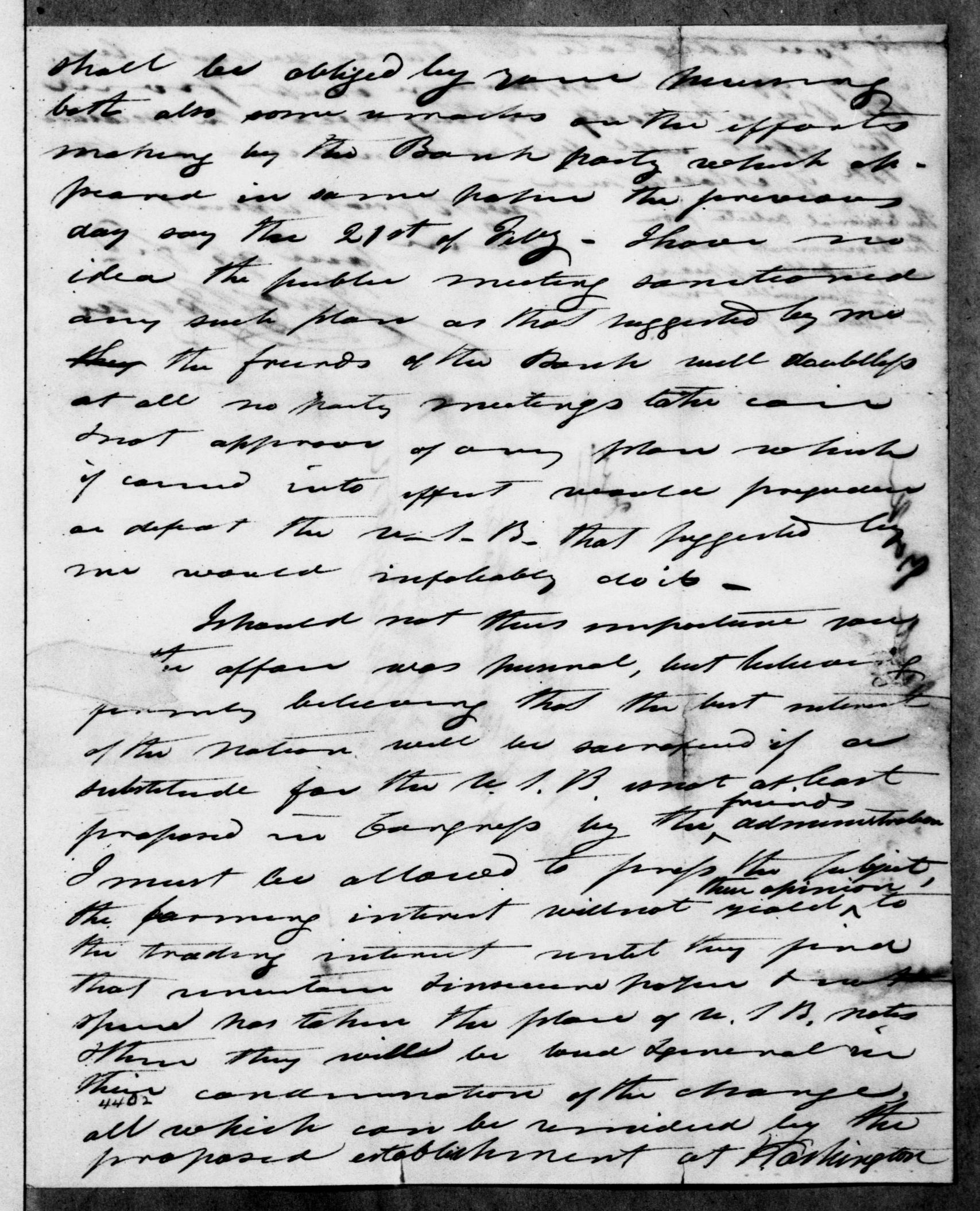 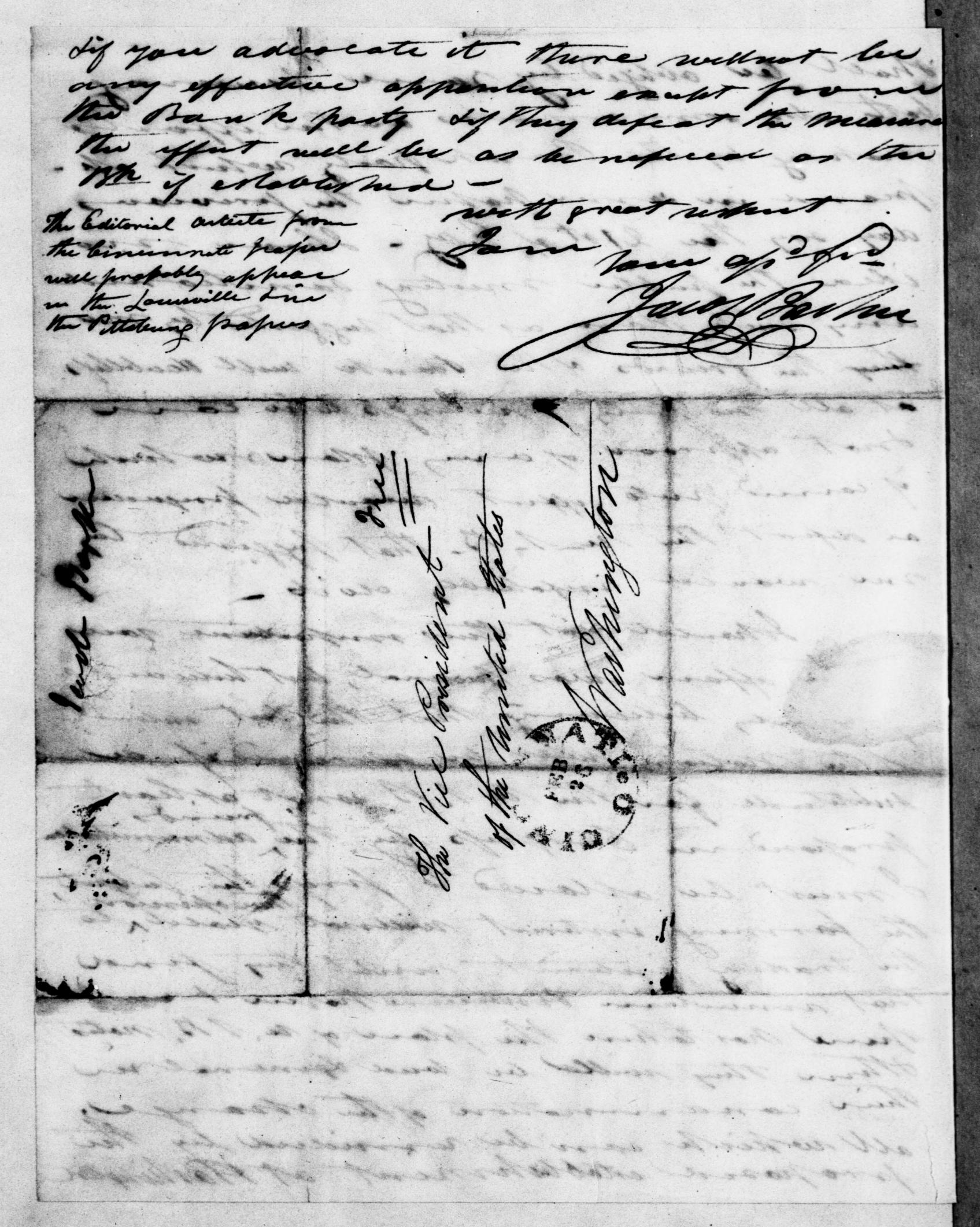