I take the liberty of handing to you a Scheme for adjusting the bank question. As heretofore I am still adverse to the admission of particular interests to such a system, but as, in an evil hour, a concession has been made; And as the best interests of the Country have been, in effect, committed to a soulless Corporation by the Means of which two thirds of Congress may be Coerced to <admit> to a perpetuation of its power, I have thought that it might be <illegible> to adopt a course by which a further accumulation of distress might be averted, and the pernicious cause abated progressively until its final extinguishment. The terms are humbly conceived to be constitutional, and calculated to promote the general good, to the private Stockholders it would yield an equitable rate of interest until the full reimbursement of their Capital, its operations would produce relief immideately, and, in addition to its dividends in aid of the general treasury, the <illegible> of the several states would be by it benefited essentially. And, if <rejected>, it would place the board in Harmony.

I have greatly admired the exalted patriotism and moral Courage manifested by the President, and those who have sustained him in opposition to what might well be regarded as the treasonable design of an inordinate combination under <cover> of a more <illegible> of the law.

With high respect, I have the honor to be, Sir, Your Obedient Servt

Plan for compromising the Bank

Enclosure(s):
Note: Because this document is only a verified first-pass transcription, it and the document metadata may still contain errors. 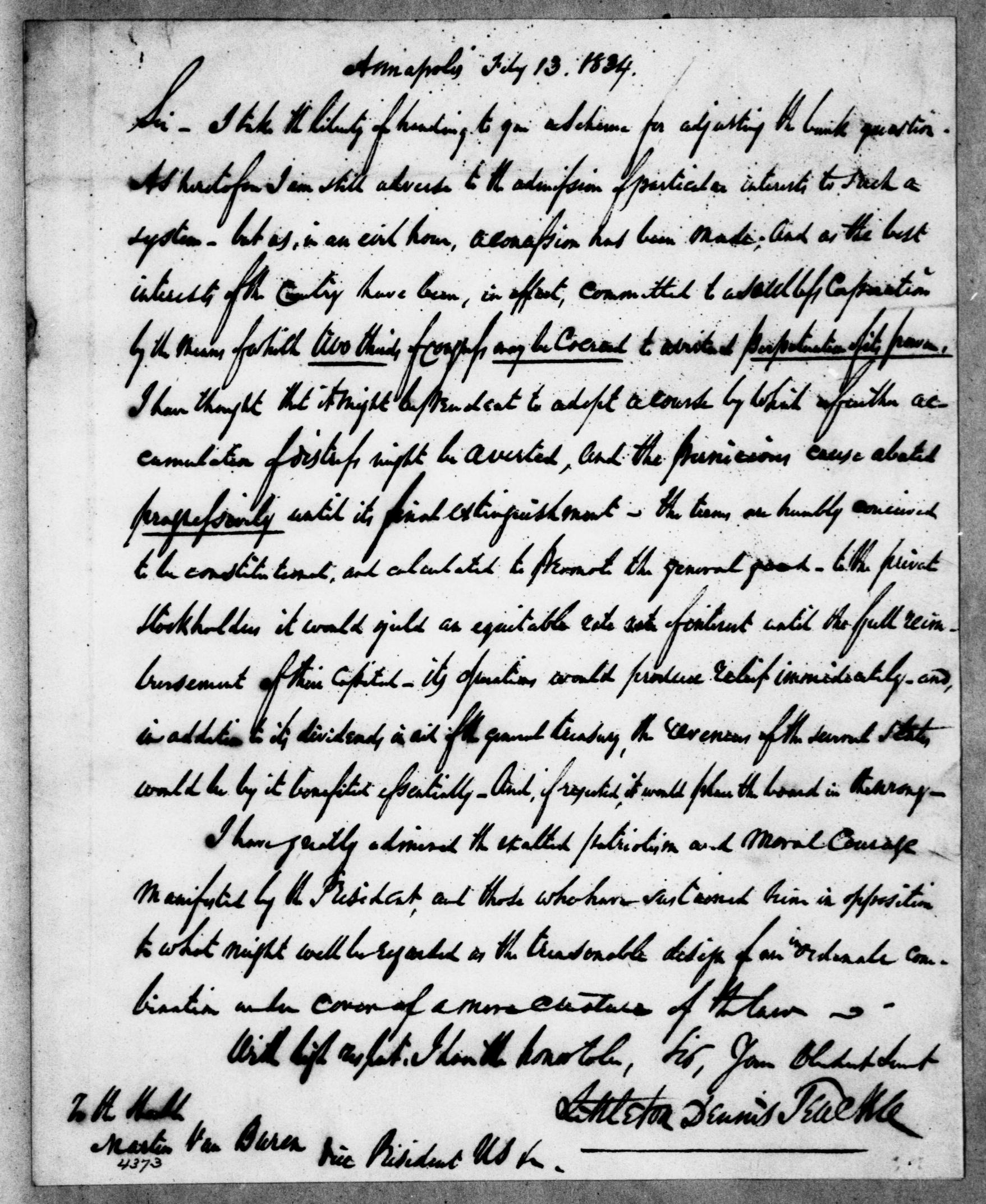 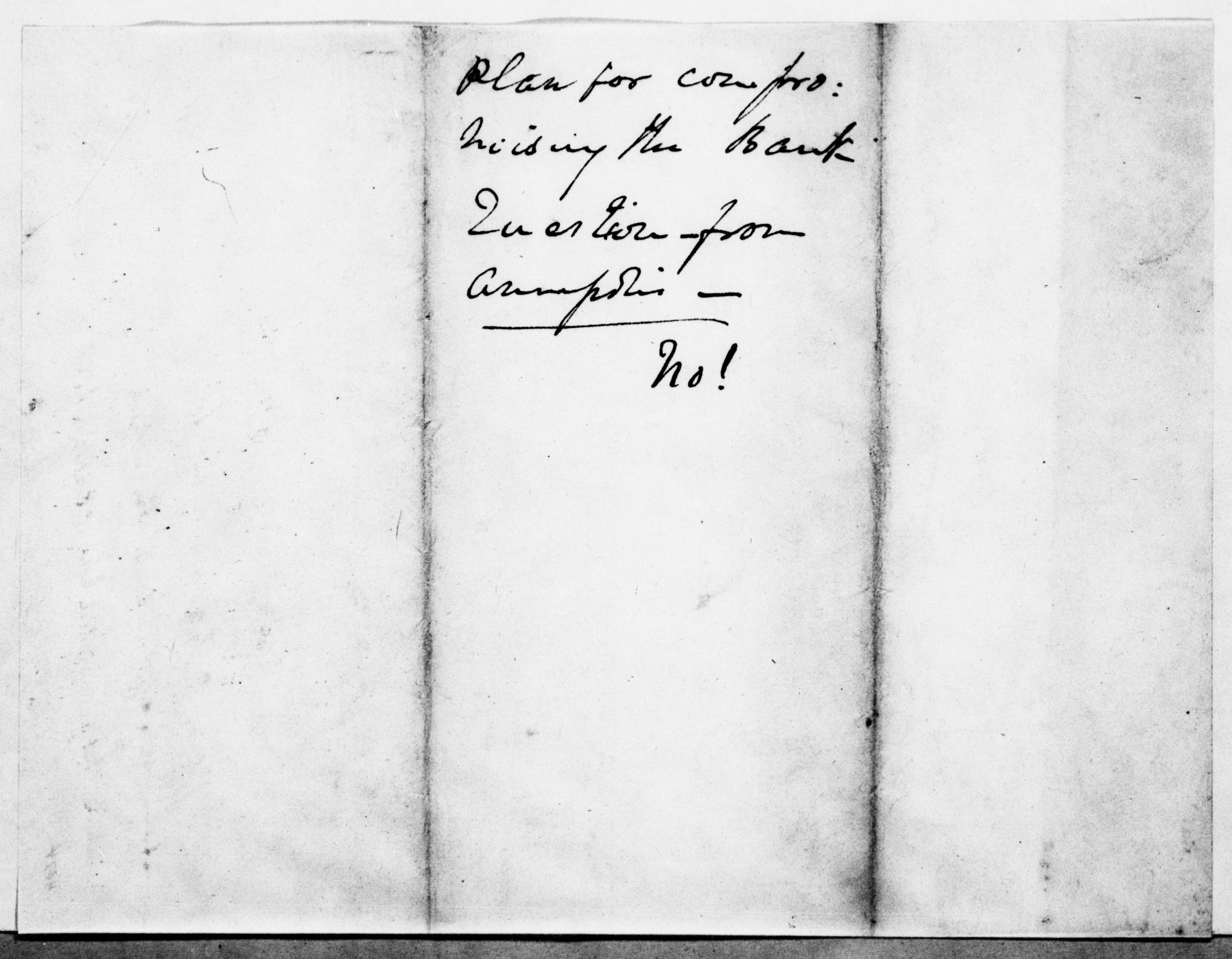