I snatch a moment before the meeting of the Senate to say a few words to you. Mr. olcott will before this reaches you have recd. Mr. Butlers letter which will I hope have satisfied you all that it is fortunate that no movement has been made in the matter referred to, & that none ought at this time to be made. The fate of this consideration if not the character of that which is to come after it & the success of the Genls civil career depends upon the result of the great question which now agitates the Country. Situated as you are you have it not in your power to form the slightest idea of the force & extent of the opposition which the President has to encounter in regard to it. Never could it have been said with as much truth that heaven & earth & the other place too are raised to defeat him. But if the people remain firm all will go well & if they prove recreant it is not of much importance what follows. The search after some thing in relation to the disposition of the Deposits that would give countenance to the charge that they have been changed to promote the views & subserve the interest of Nyork, has been most scrutinizing but vain. They would give the world, if they had it to give for such a <fact>.

The Judges appointment is by no means so certain as you seem to suppose. The administration are entirely dependent upon the Nyork Delegation which Duff calls the 10th Legion. 24 of them & half the Representation in the Senate have signed for Tallmadge ^& the objection agt. going out if the District is urged with force^ & if this State of things remains the President cannot get their wishes at defiance. I had a conference with Mr Wright last Evng & we concluded to advise the President to refer all the papers and names to the Delegation & let them make the selection. This will have to be done before the about the first of March. Mr W. thinks confidently that they will change their ground. I mention this in strict confidence to you & the Judge & my name must on no account be mentioned in the matter. The President feels a proper delicacy towards Senator Talmadge & would greatly regret to hurt his feelings ^more^ particularly under present circumstances. Show this to the Judge & be discreet about it. Races papers are among the original papers in the large Desk in your office If I have them which is I think very probable. If I give Mr <Russel> one cent I am entirely afloat with my oswego property. I had the same question with Mr <illegible> & others and Succeeded in Satisfying them that if I was willing to give up they should be quiet. Say to him that if he will keep the Set and give me security he may have any time for payment further than that I cannot go. Remember me kindly to the Patroon Mrs V <R> & the young Ladies. Say that Mr Preston's speech has not been published. If it should be, which is [I] am told not certain, I will send him a copy. My hour is come. Write me often. Remember me to all friends & Mrs. Dix in particular. 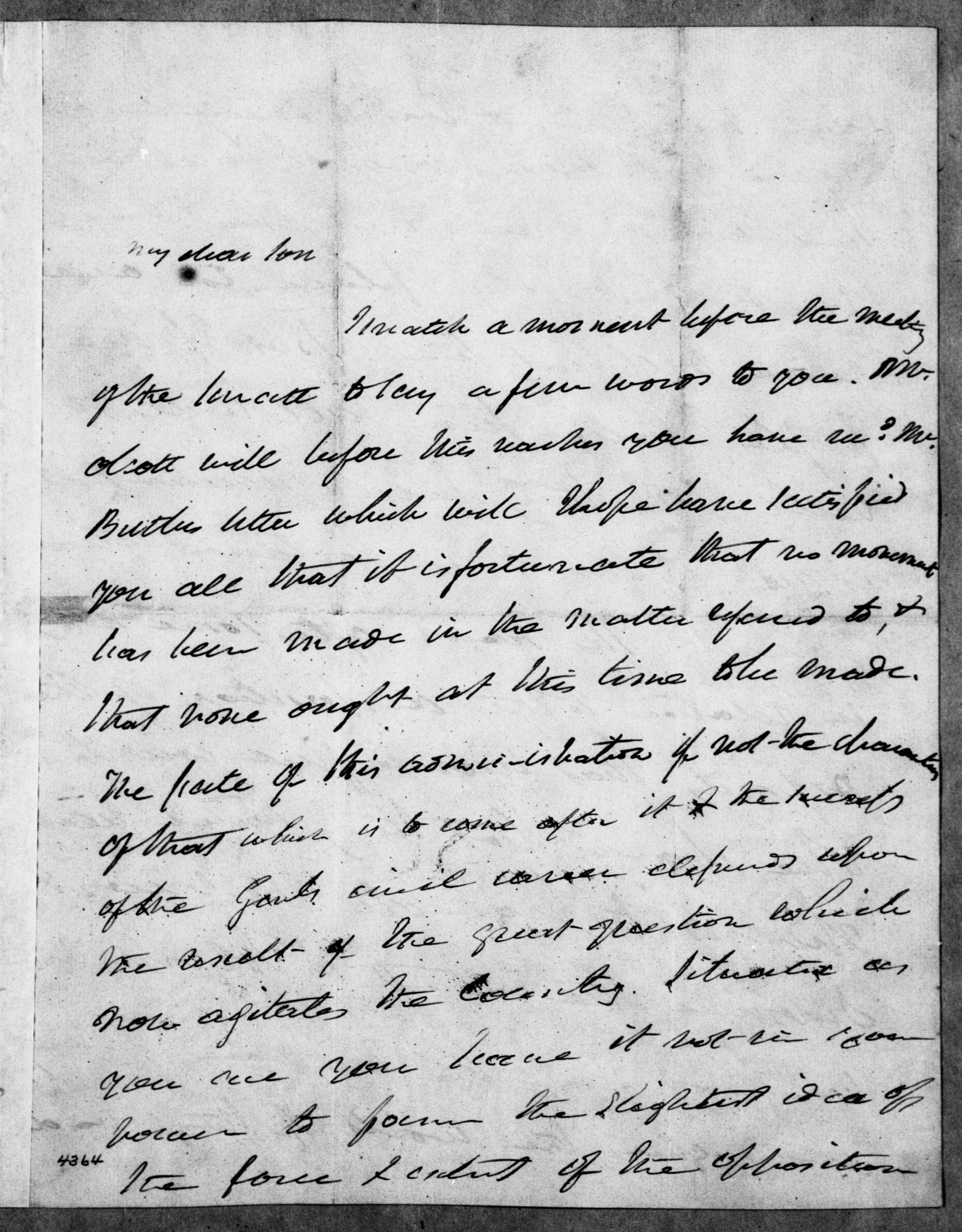 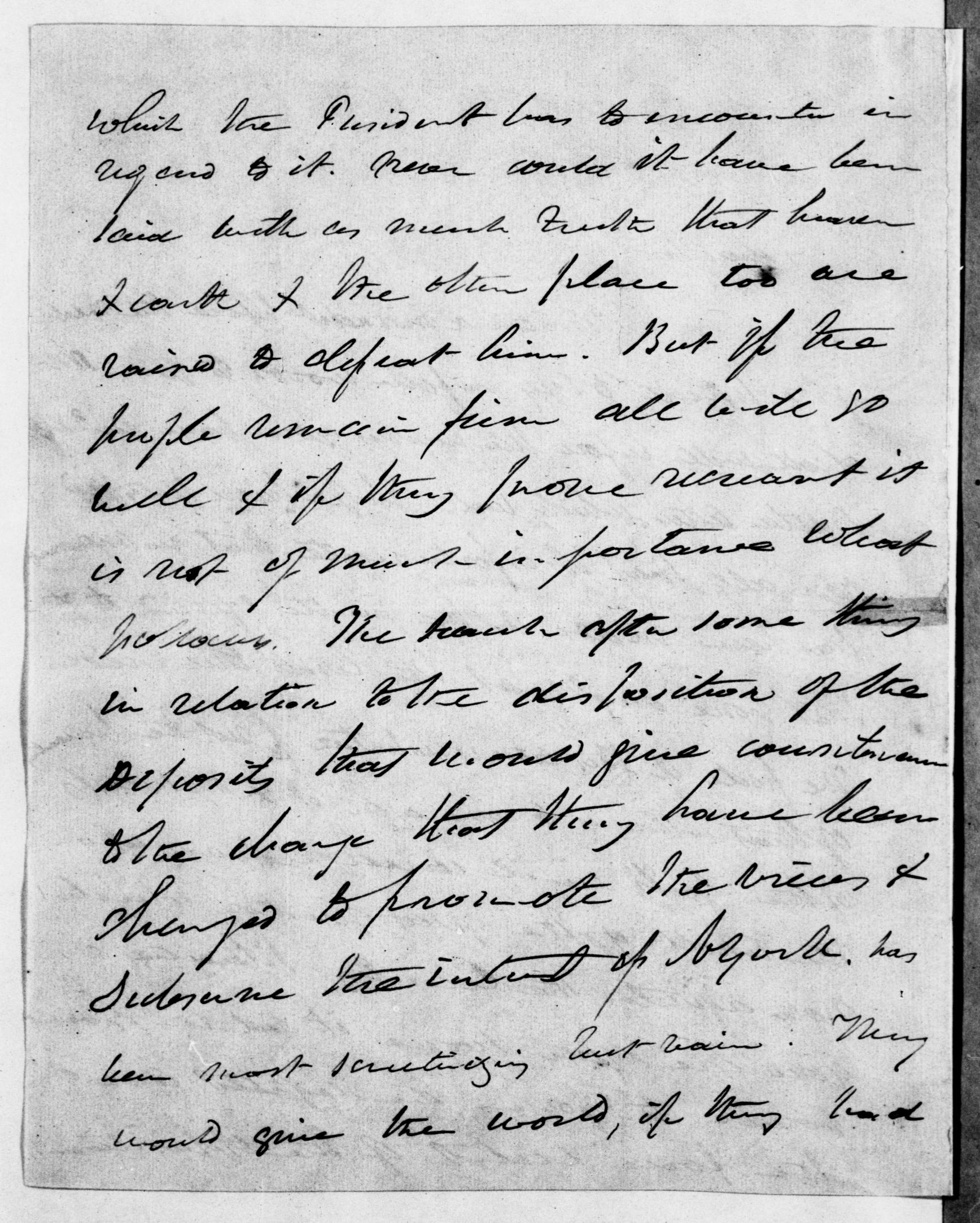 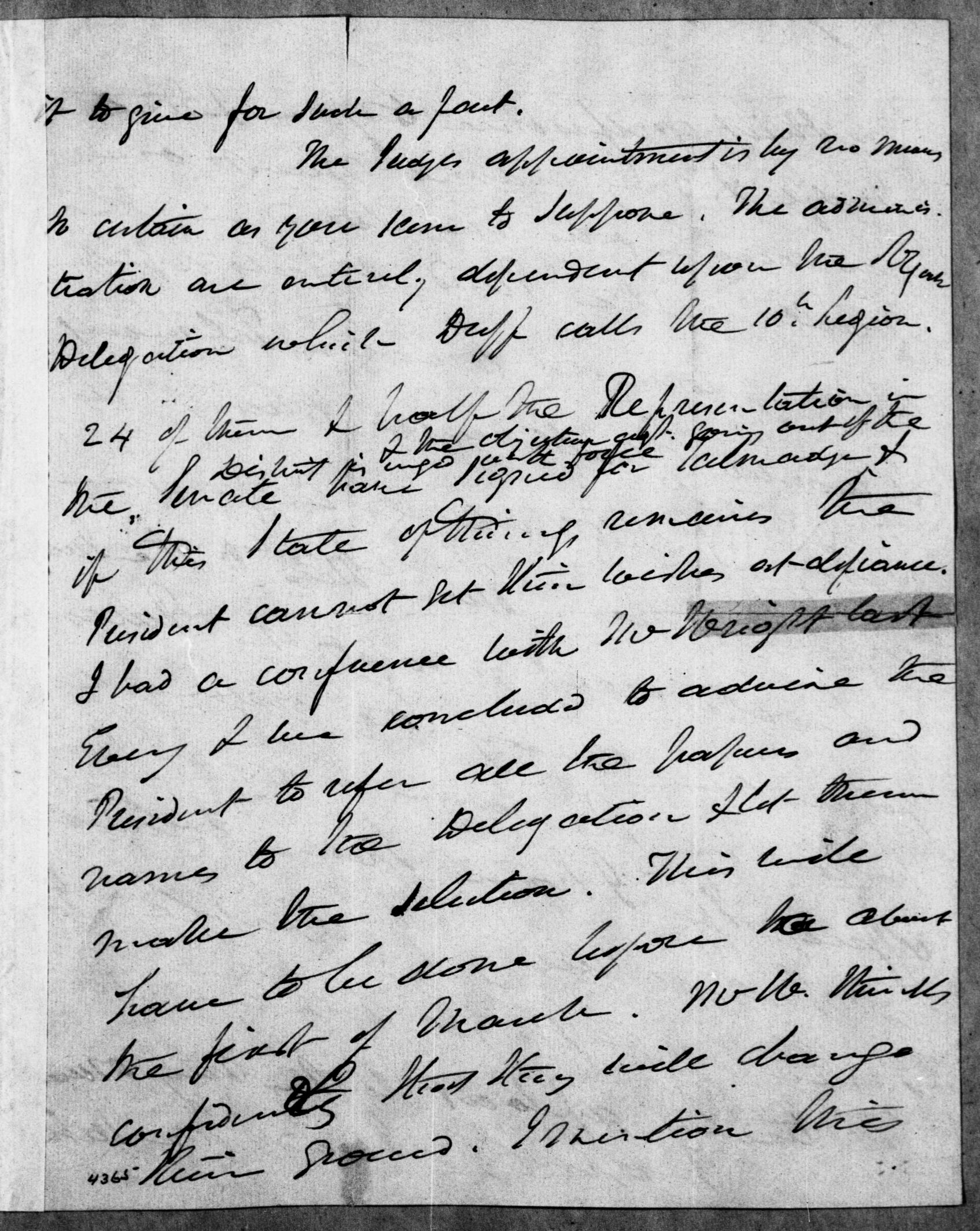 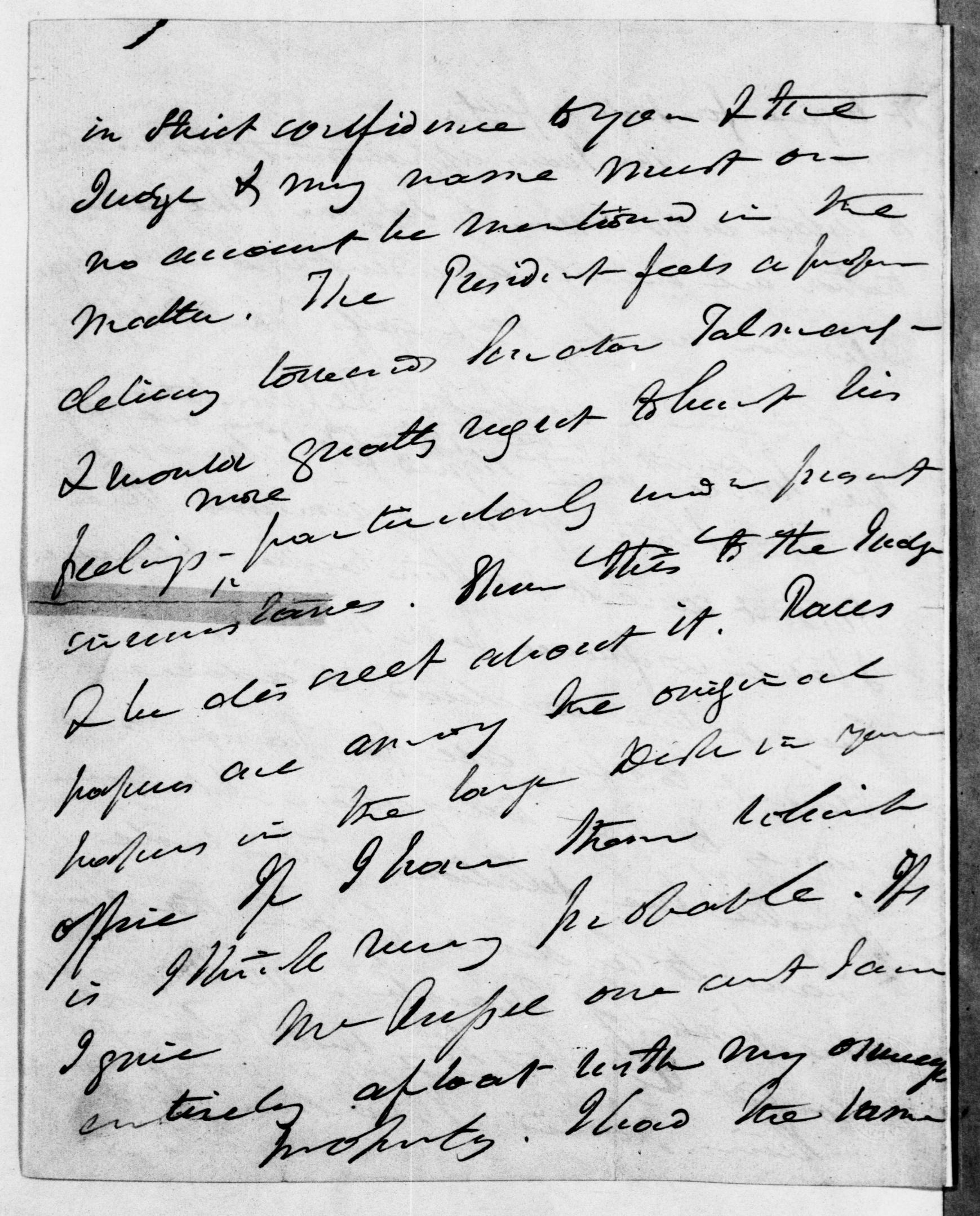 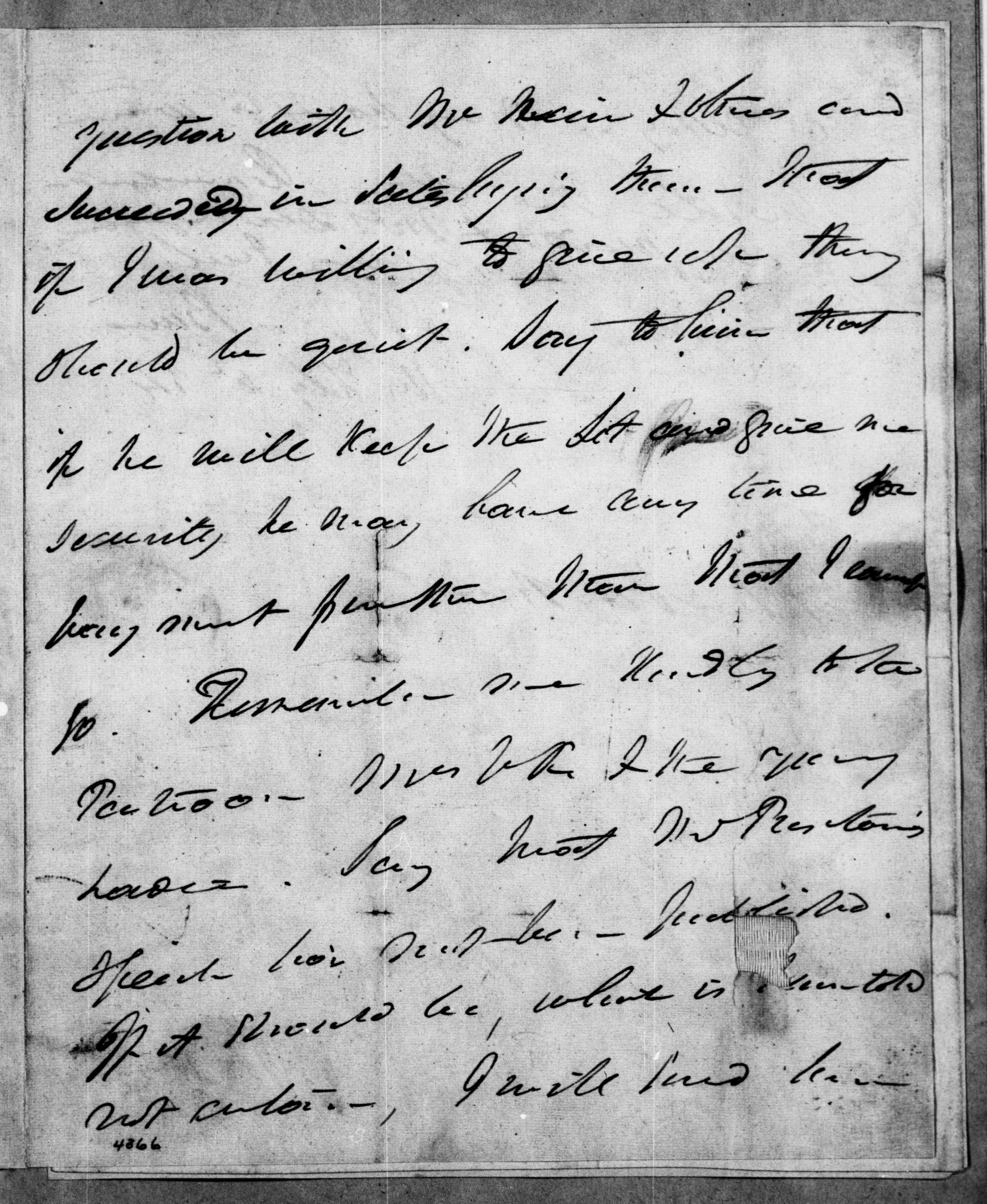 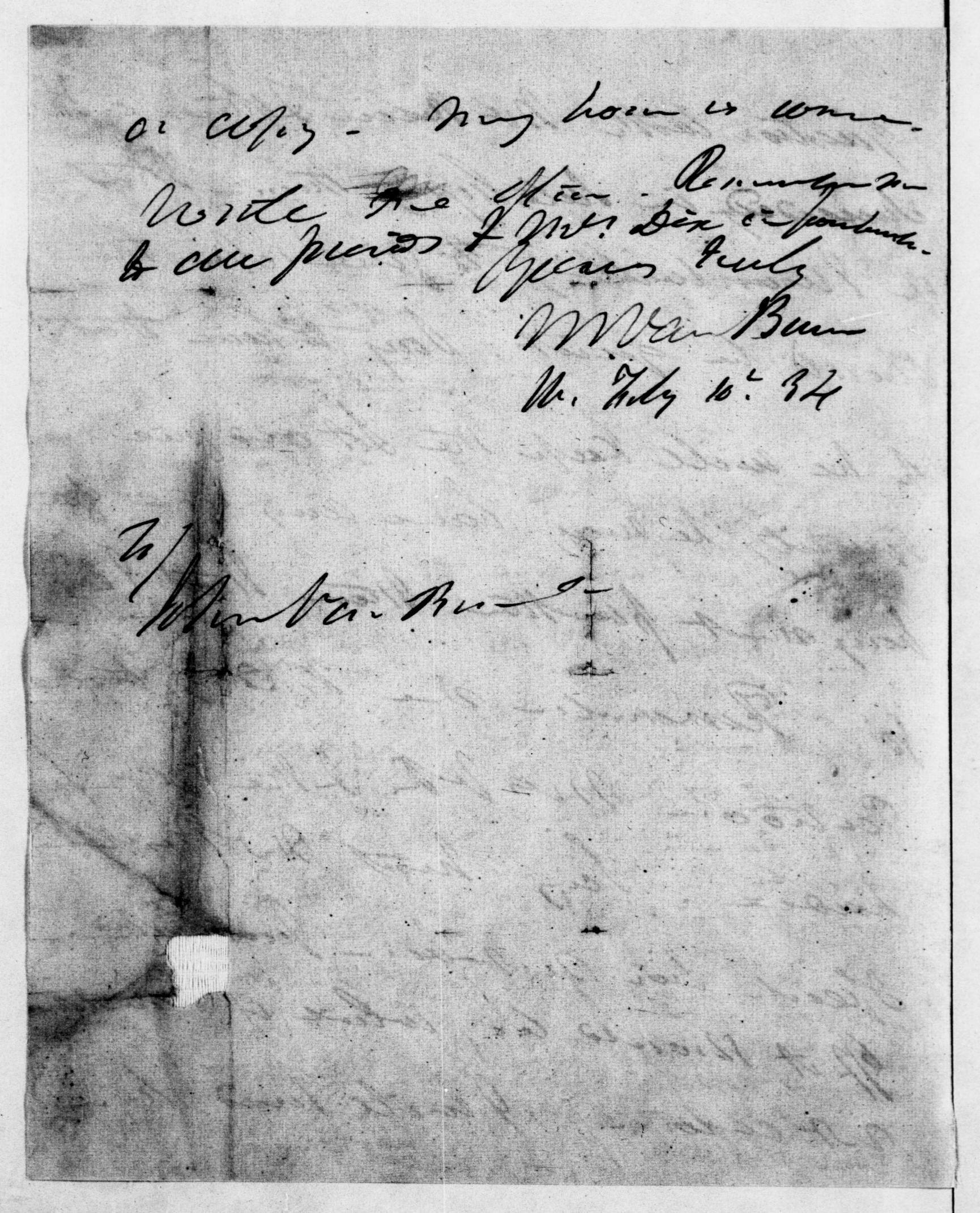 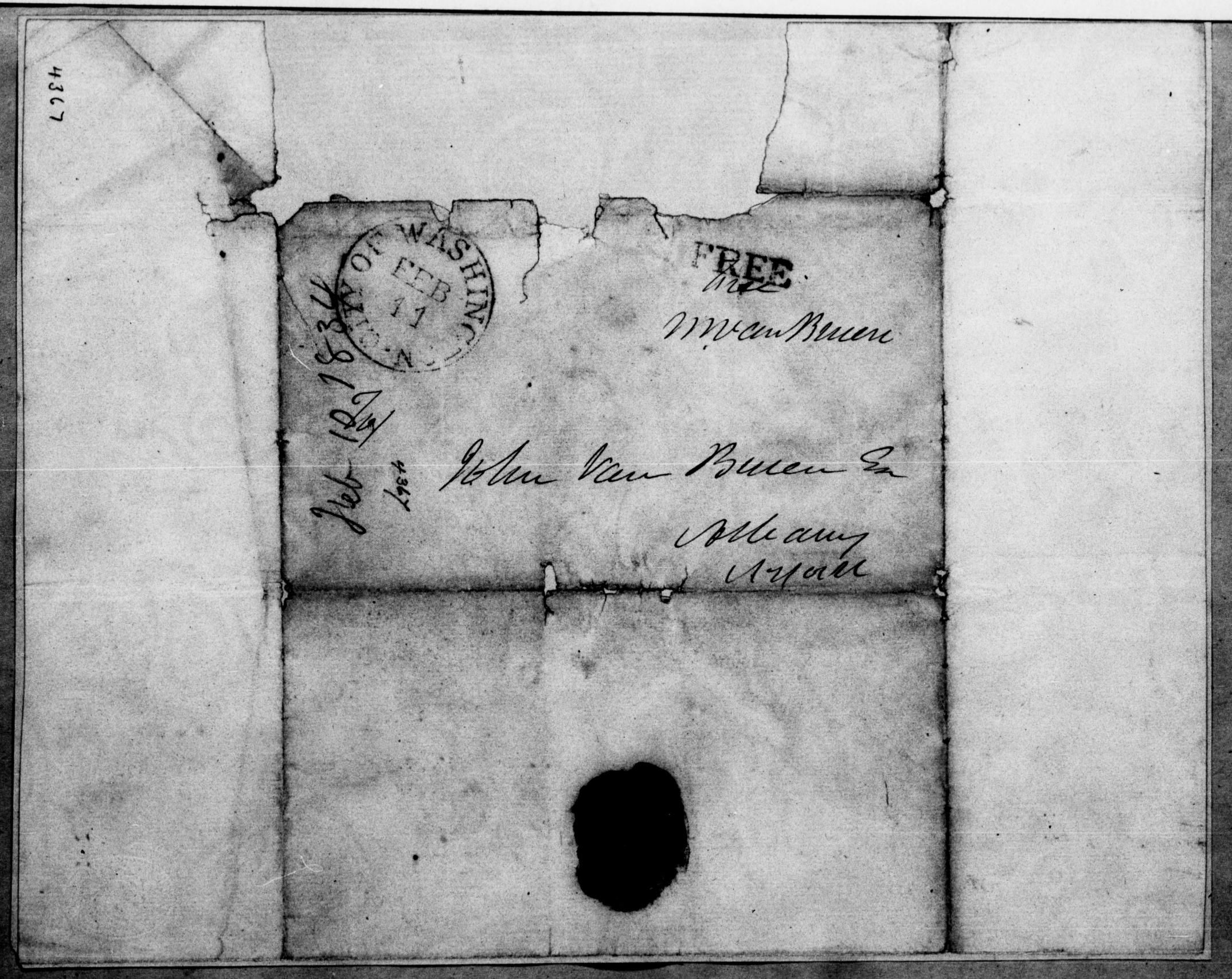