A gentleman of this ^City^ received a letter this morning from a friend at Washington who no doubt knows the views of the administration on the all engrossing Subject of the Currency, & who stated that Mr Wright, spoke the Sentiment of the <Government>. This letter was shown confidentially to <the> Mr <illegible>, who replied, "that he had Endorsed Every thing so far, but there was a point beyond which he could not go, nor could or would the people" This was stated to me in confidence, but I thought it my duty to say to you what Mr <illegible> <illegible> opinion & if it be worth any thing, to say that I fully concur with him in what is to be the moral & political result of the struggle that is going on, and that if this ground is not taken from under the opposition, which we have the power to do it we shall to not only be annihilated as a party, but the <illegible> <illegible> of the Country will be totally prostrated I took an active part in the proceedings of our Meeting & getting ^it^ up & carrying it through, and when I tell you that one half of the most active of us considered it as solemn as a funeral service, I give but a faint idea of our apprehension of the ultimate condition of things. Do not present yourself to be deceived by the representation of our party papers here. We intend to stand by as long as we can, & Exhibit no sign of ^a loss of^ Confidence in the individuals who have ^been^ elected to take care of our interests, but for some <illegible> and Management our Memorial & Signatures would have been thrown into the fire at Tammany Hall last night. We have had great difficulty in keeping matters straight and consistent in the <Record>. A friend of mine had a letter from Harrisburgh to day saying that Govr Wolfe would send a message to the Legislature in a few days on the subject of the deposits <illegible> <advice> to our views. If this is done it will be a signal for breaking out here. This is the last time I will trouble you on this subject, and I have done & now only do, what I consider to be my duty I do not mean by any thing I say that I would restore the deposits or recharter the Bank, but I would <advise> the <illegible> of a National Bank, this would restore Confidence for many reasons, that I will not undertake to <assign>, and this I would do under the most solemn <Circumstance> that <our> local Banks are wholly inadequate to supply a sound currency, and in the attempt to Establish what we never had, "a <metalic> currency" is altogeth[er] to romantic for the <times>. 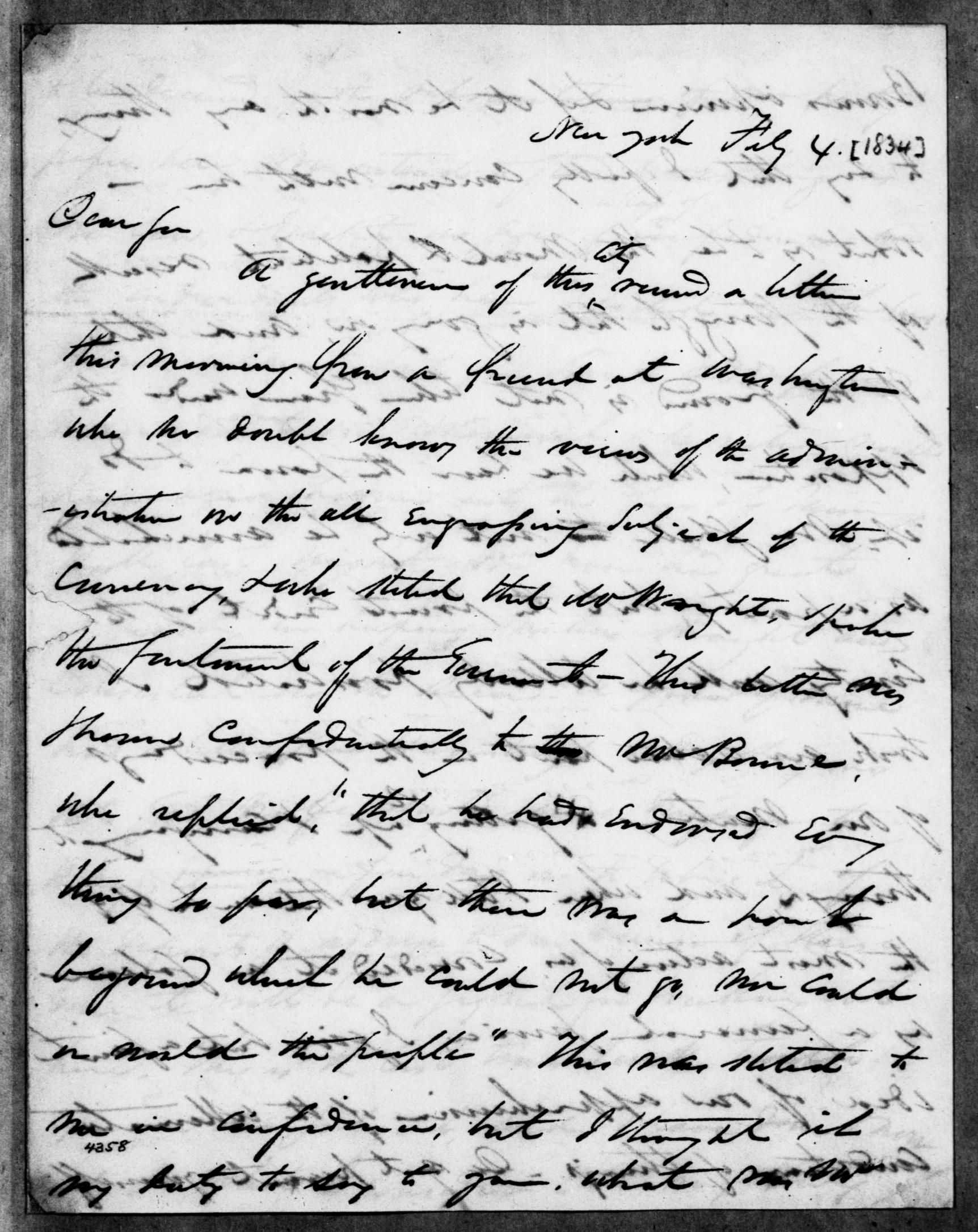 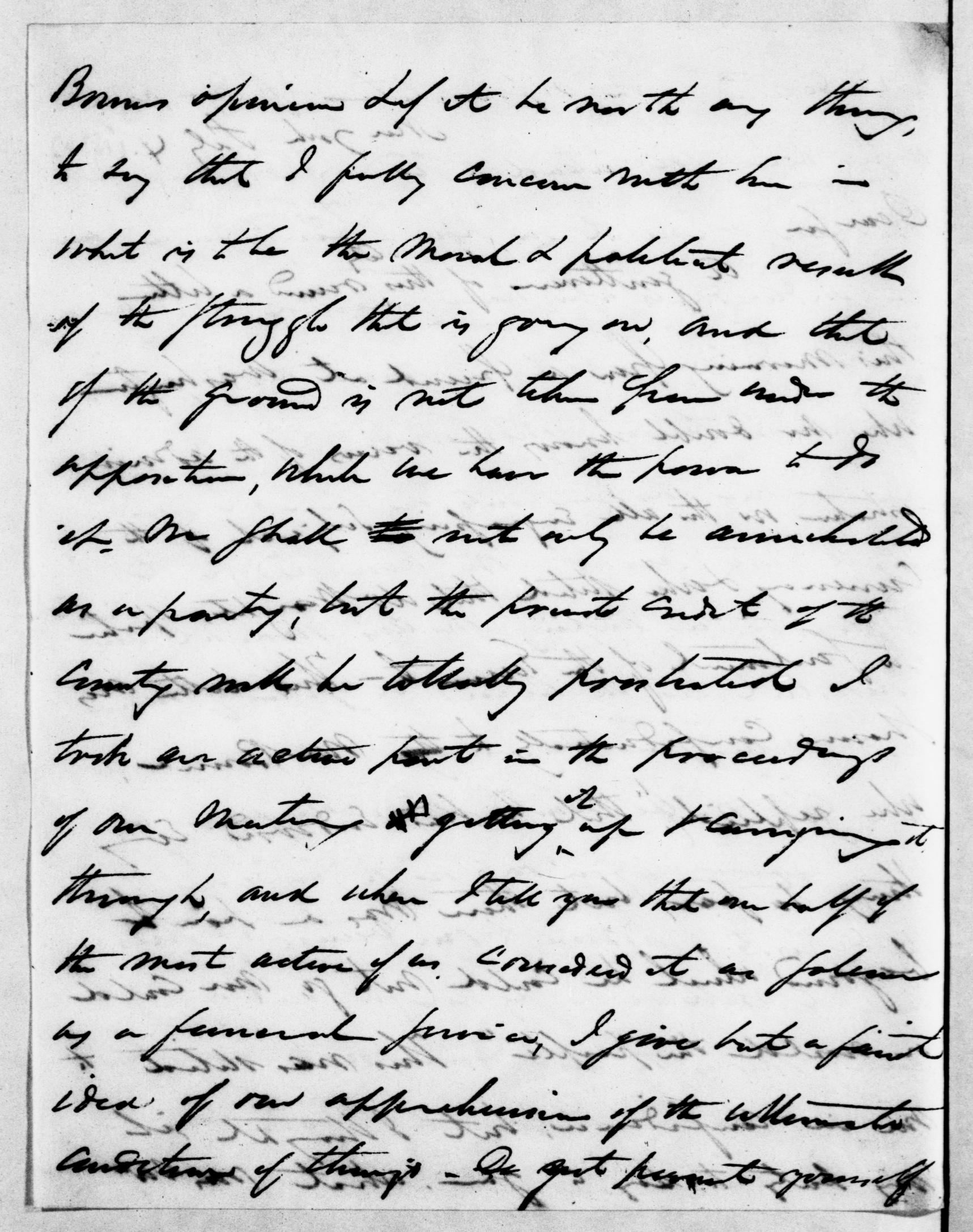 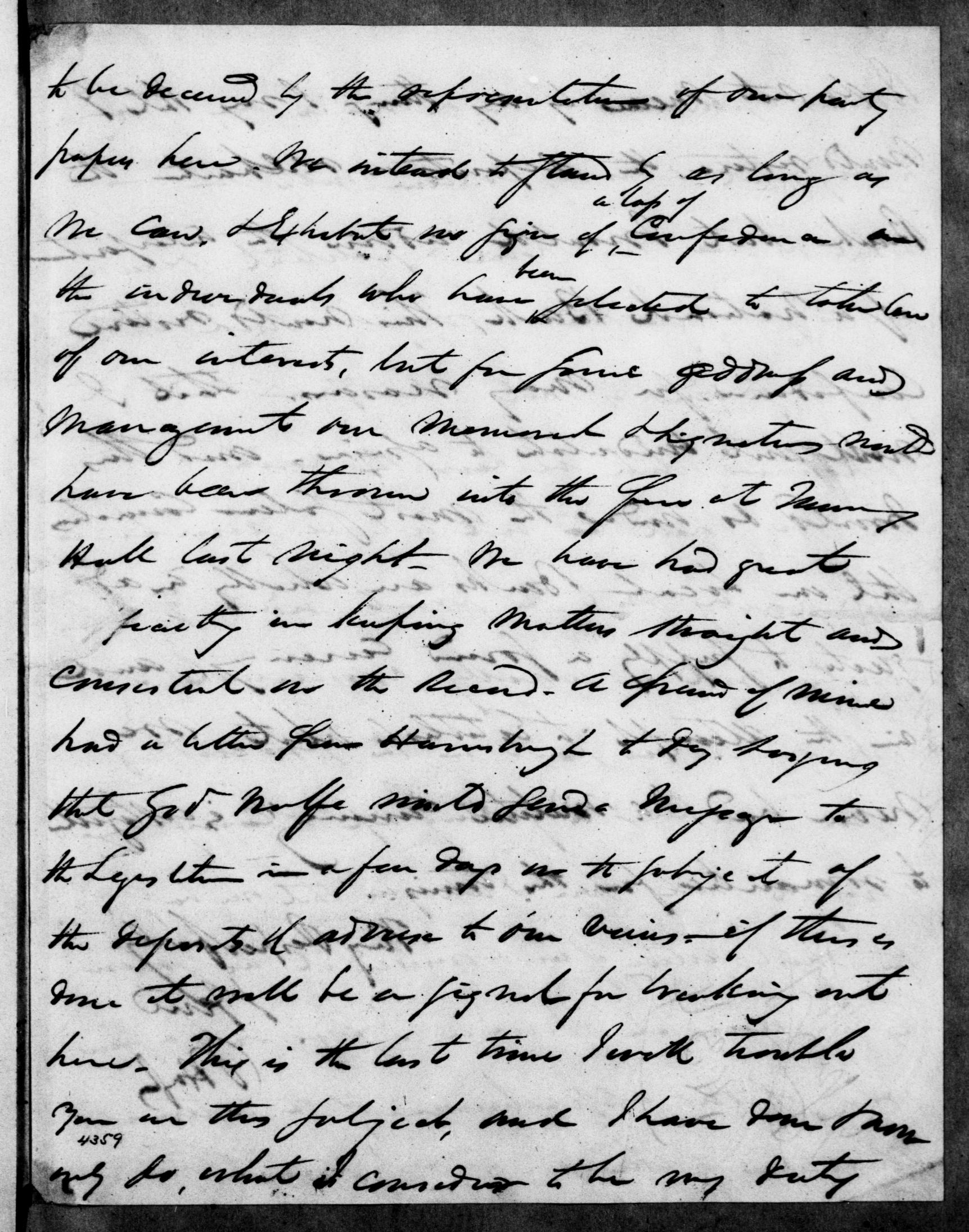 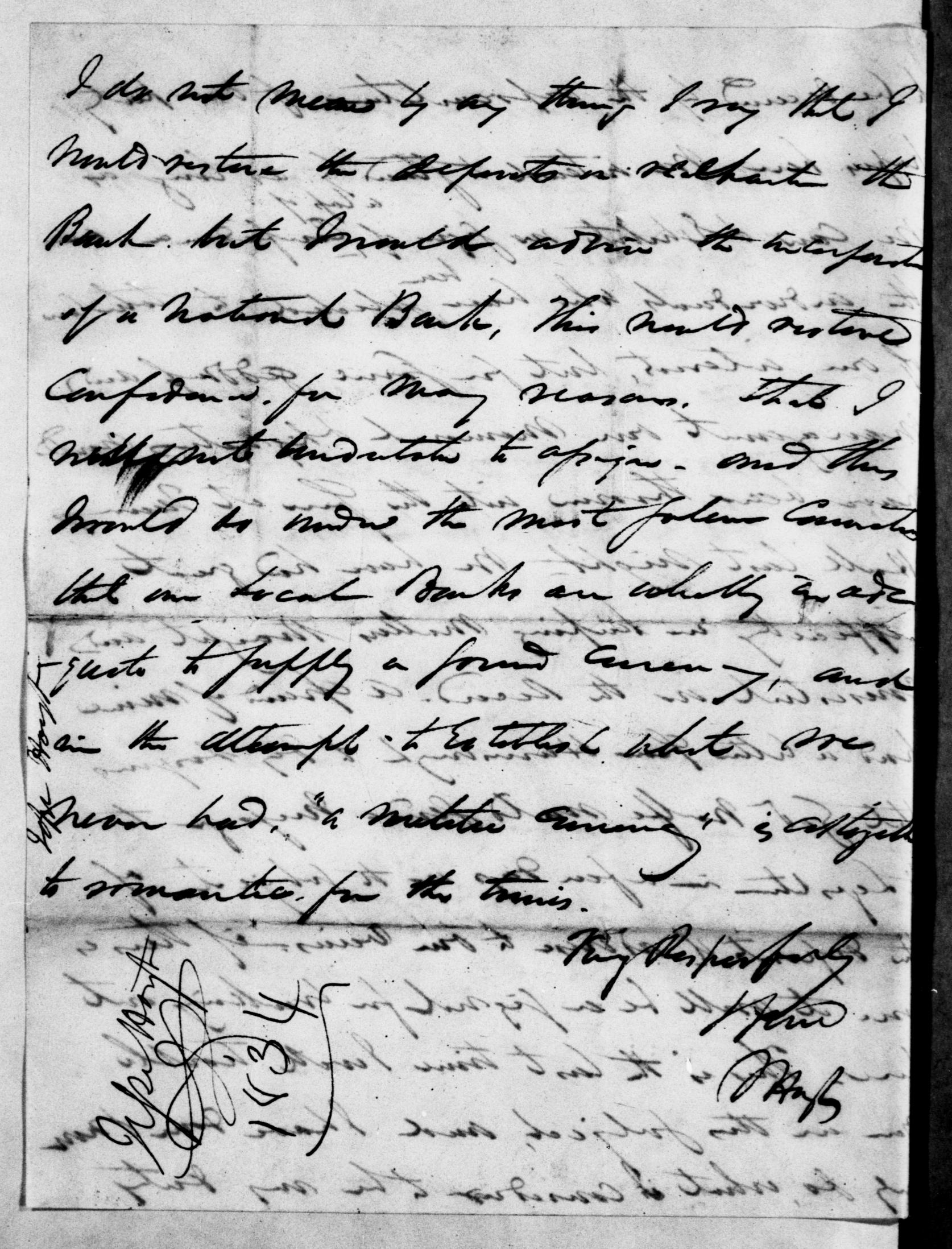