I take the liberty of offering for your perusal a communication from our Canal Corresponding Committee addressed to Gov. Marcy.

We think it exhibits some new facts and presents some views of the purest position of N.y. in relation to the trade of the west not heretofore taken.

I also enclose the last numbers of the Oswego Palladium. May I request that you will have the goodness to peruse a passage in it, which I have [. . .] extracted from the Kingston (NC) Chronicle. I find upon enquiry that the letter from which the extracts are made was written by Mr. Burckle a friend and correspondent of the Editor who I am told is a person of some consideration in the Province. Mr. Burckle however never dreamt of the use which has been made of his letter. Having however got into the newspapers I should be gratified if you would take the trouble to read it, as it contains several suggestions which for some time I have regarded as of a good deal of importance and to which I have been solicitous of attracting the attention of Government. So much so that I have two or three times heretofore been almost on the point of addressing you in relation to them.

There is no doubt but our commercial intercourse with the Canadas might be very greatly increased if there could be a greater exchange of commodities between us. At present, tho' they are large purchasers from us we take little from them but money. If the lumber trade was free, this alone would add prodigiously to the means the Canadians have of paying us for our products and manufactures, of both of which they now take very largely notwithstanding the restrictions, but they do not do it with the good will it is desirable to cultivate between us.

What Mr. B. says about the negotiations &c with G. Britain is of course all surmise. Here at least we have not been in the habit of regarding the free navigation of the St. Lawrence as of much importance to the American flag. But the aspect of things is changing rapidly. No doubt can exist that in very few years, perhaps in only three years from this time, that navigation will be so improved as to admit of the passage of ships from the Lakes to the ocean. The effect this will have upon the Lake trade I certainly shall not presume to point out to you. I would merely mention that we are now beginning to take a deep interest in having the St. L. navigation free to the Am: flag, and in having the subject disposed of by Government before the Canadian improvements are completed.

I would also remark that an extremely feasible project for avoiding the only objectionable part of the St L. navigation—the <illegible> of St L.—is now agitated in L. Canada. It is to open a ship channel from the St. L. below Quebec to the St. Johns and thus make the Bay of Fundy the commercial estuary of St. Lawrence. The improvement is said to be of the easiest possible execution as a cost of very little consideration and would certainly be of immense value to the trade of the St. L. as the Bay of Fundy is never molested by ice, in consequence I presume of its extraordinary tides.

Believe me Sir with the highest [respects] 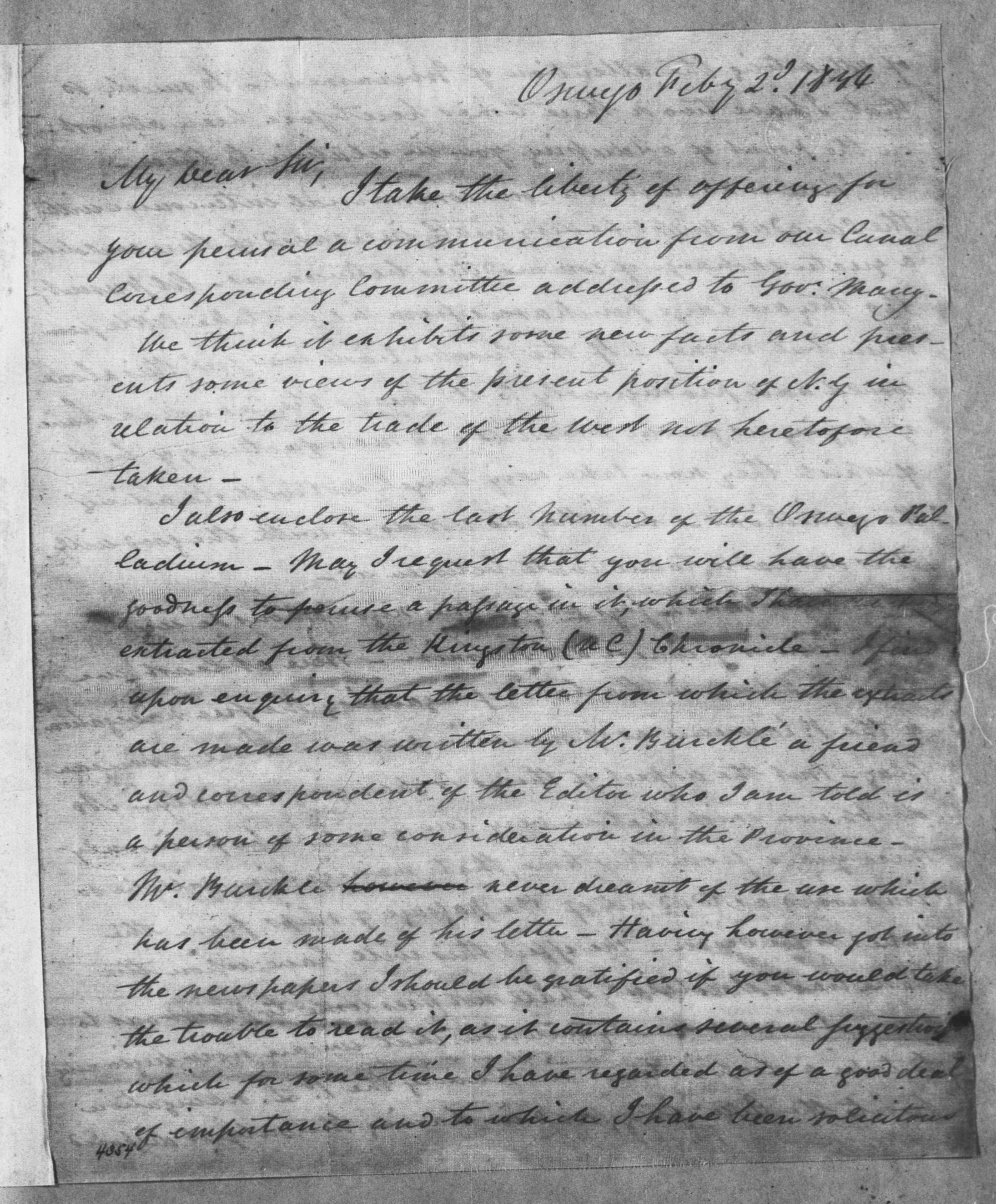 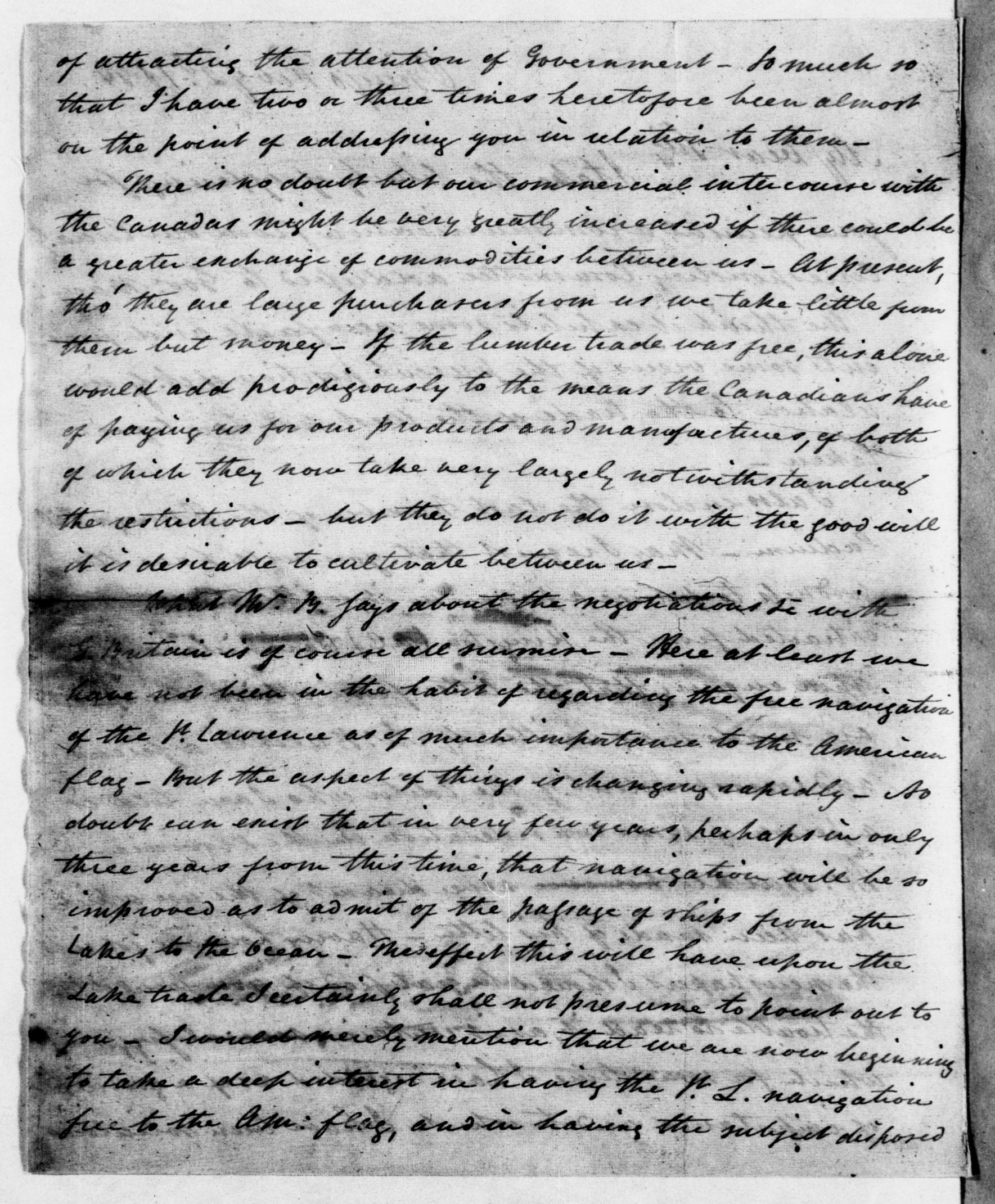 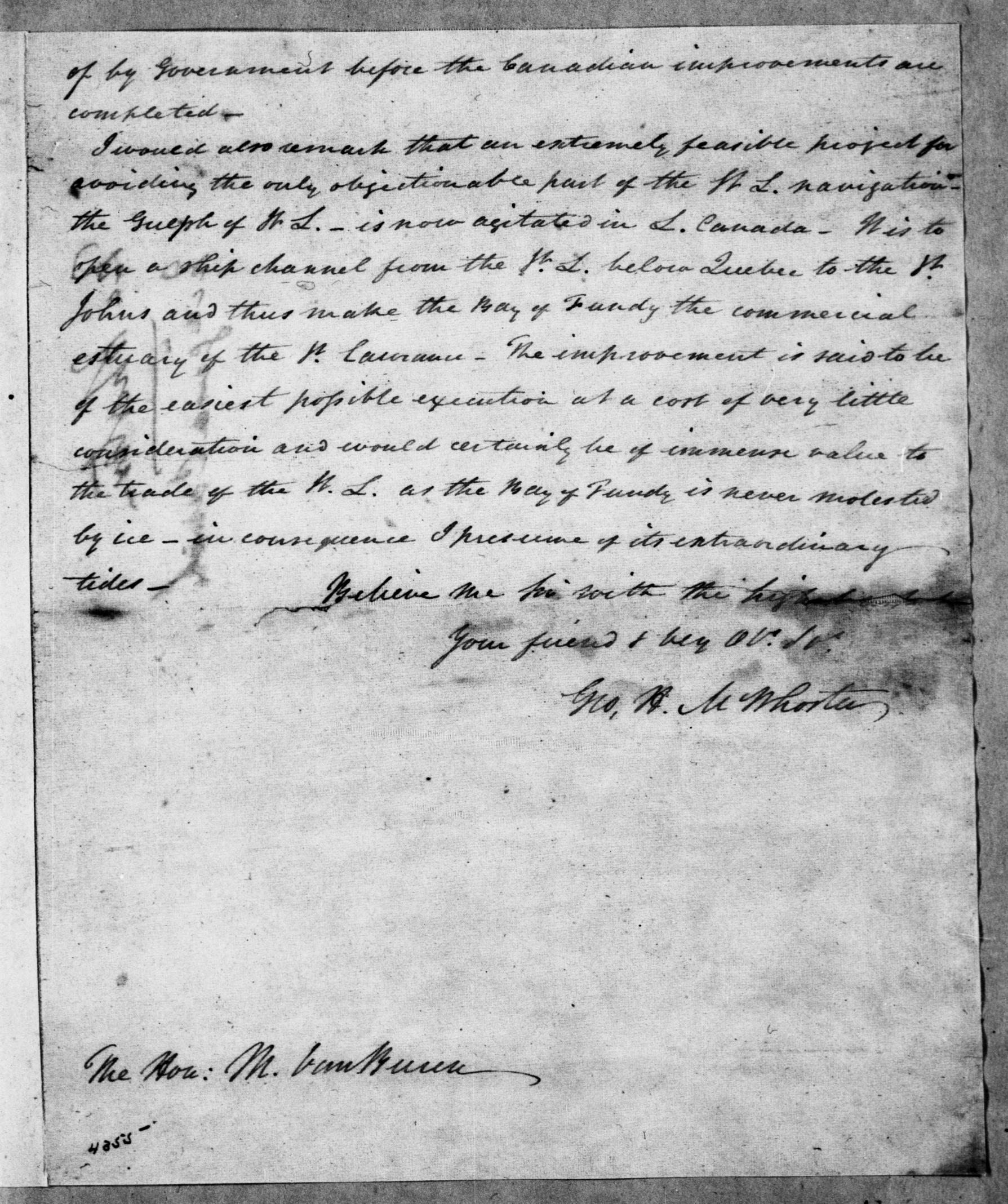 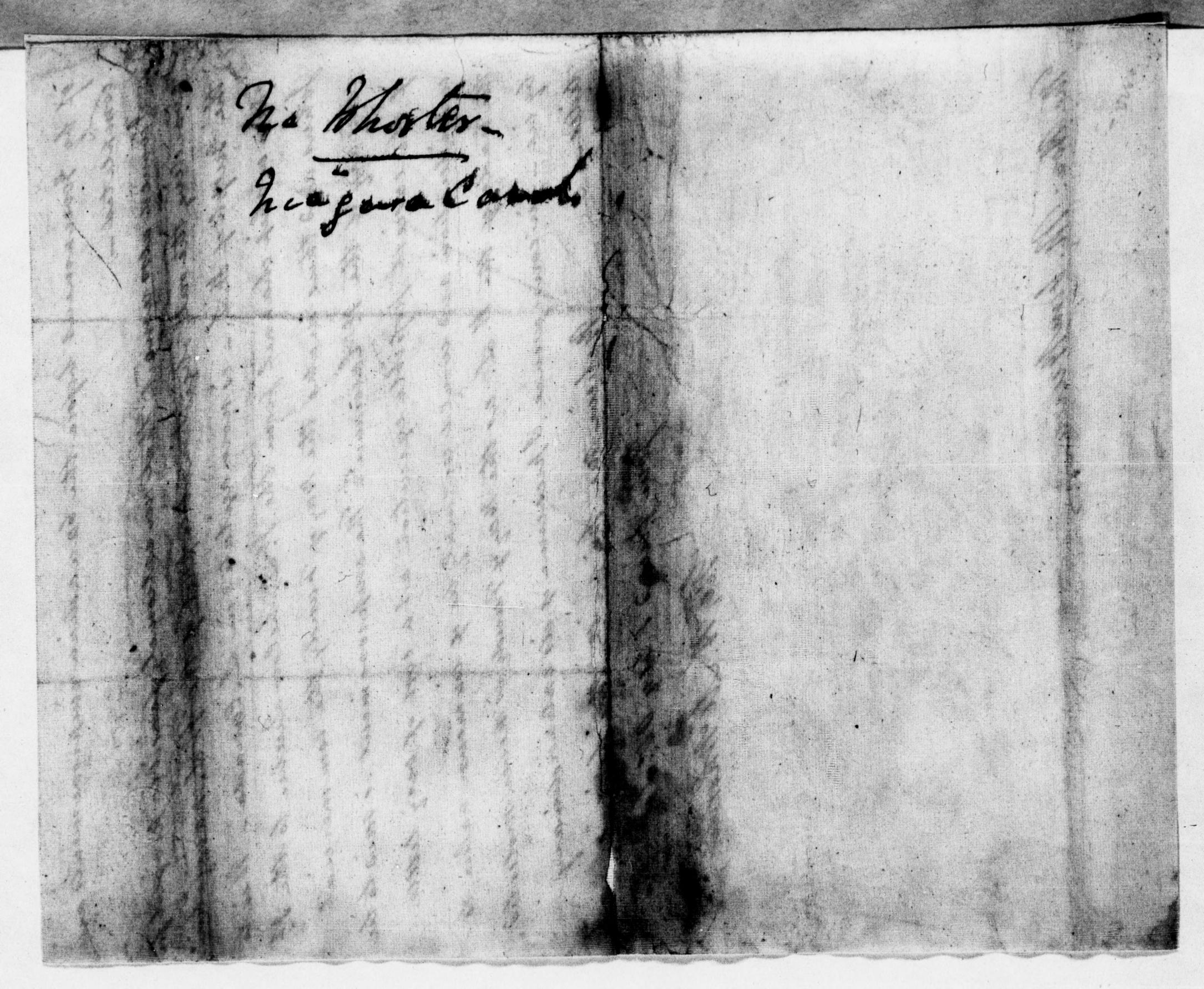