I attended the great Tammany meeting last friday evening, and as I had never been at any such public assemblage before, there was much to amuse as well as interest me. I was informed by those accustomed to these meetings that there never was a larger meeting assembled at Tammany, nor one conducted with more propriety and unanimity. The speeches of Price & Livingston were both good ones, not long & well adapted to the occasion. If there had been no stir by the Democracy, I do not doubt but that the efforts of the opposition would have affected our next Election; but I should judge from what I saw that the agitation of this subject will have the effect of strengthening the cause of the administration in this City. The decided sense of the people is that there should be no national bank, & they begin now to understand the matter in its bearings. The views of a great many <however>, who have came forward at an early period in this movement, are to have another bank, and they will endeavored to impress upon the administration an opinion of it’s necessity.

I have not been entirely an inattentive observer of things here, & I have endeavored to keep myself clear of the influence of the excitement of masses, which all are more or less subject to, in such a Community so large & commercial. A panic certainly prevails to a considerable extent among the merchants, but it is my impression, that there is no great scarcity of money or means, and that when the question of the deposits is settled, and after the period for business has fully returned, that the City will recover from the pressure with a rebound. There has existed an uncommonly favorable state of things. All the world is indebted to us, & the apprehension & <illegible> now will diminish orders for foreign goods in the spring. The failures are principally among the brokers, and occasioned by their <gambling> stock transactions.

I have reason to believe that the banks have kept themselves in a condition to accommodate their Customers who are prudent merchants, which ^when^ they may need other aid. It is to be regretted that cash duties were exacted, by the law, at such a time. 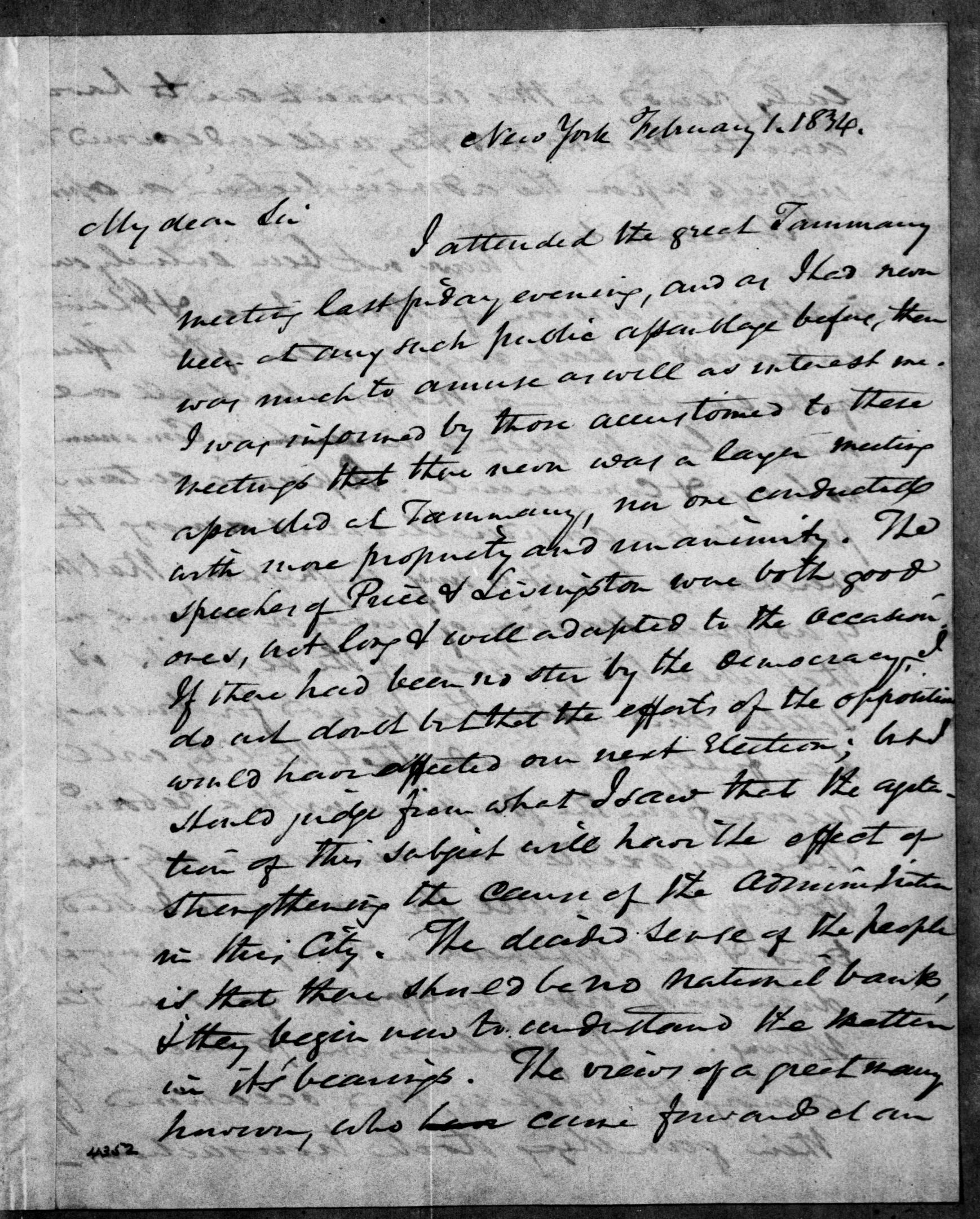 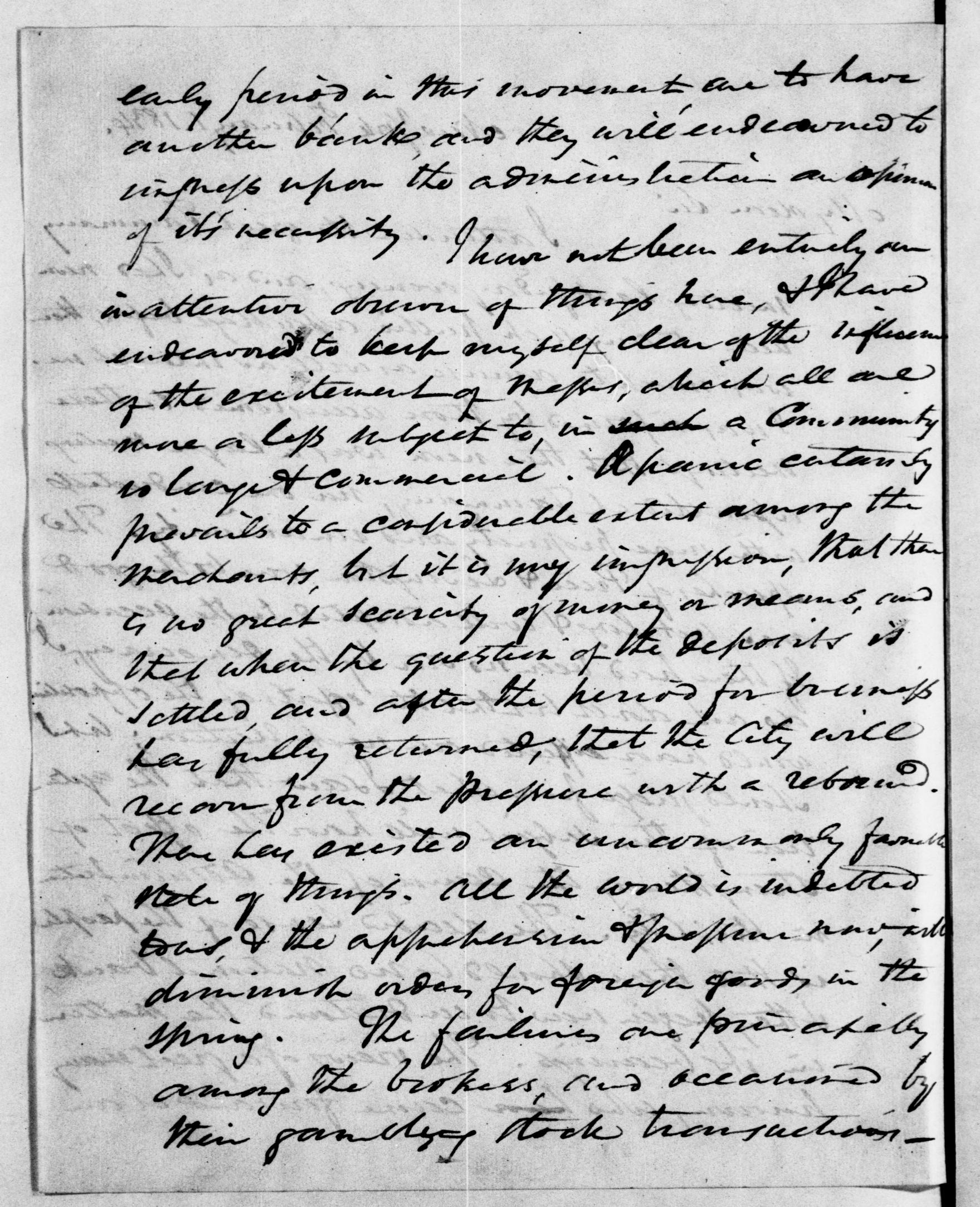 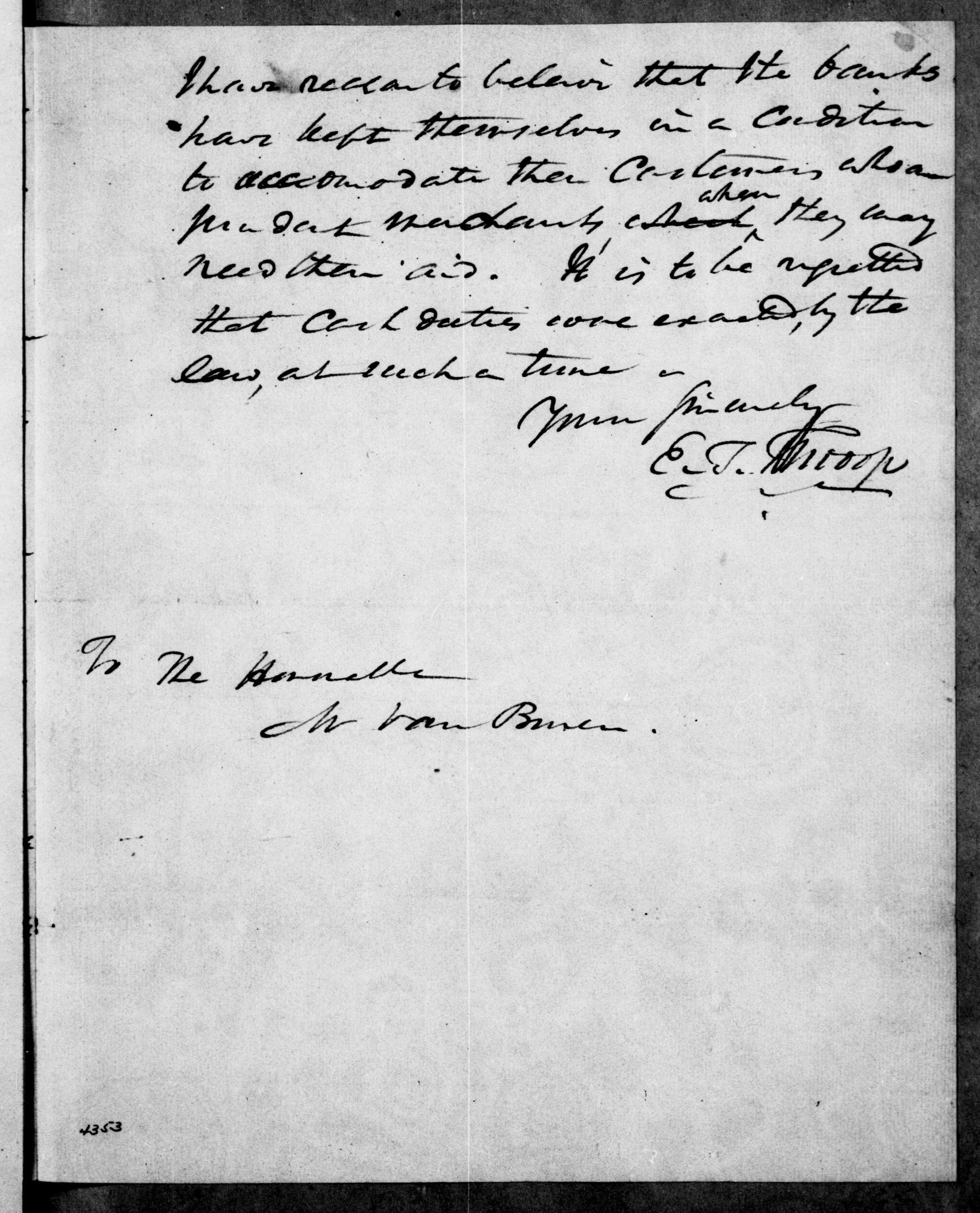 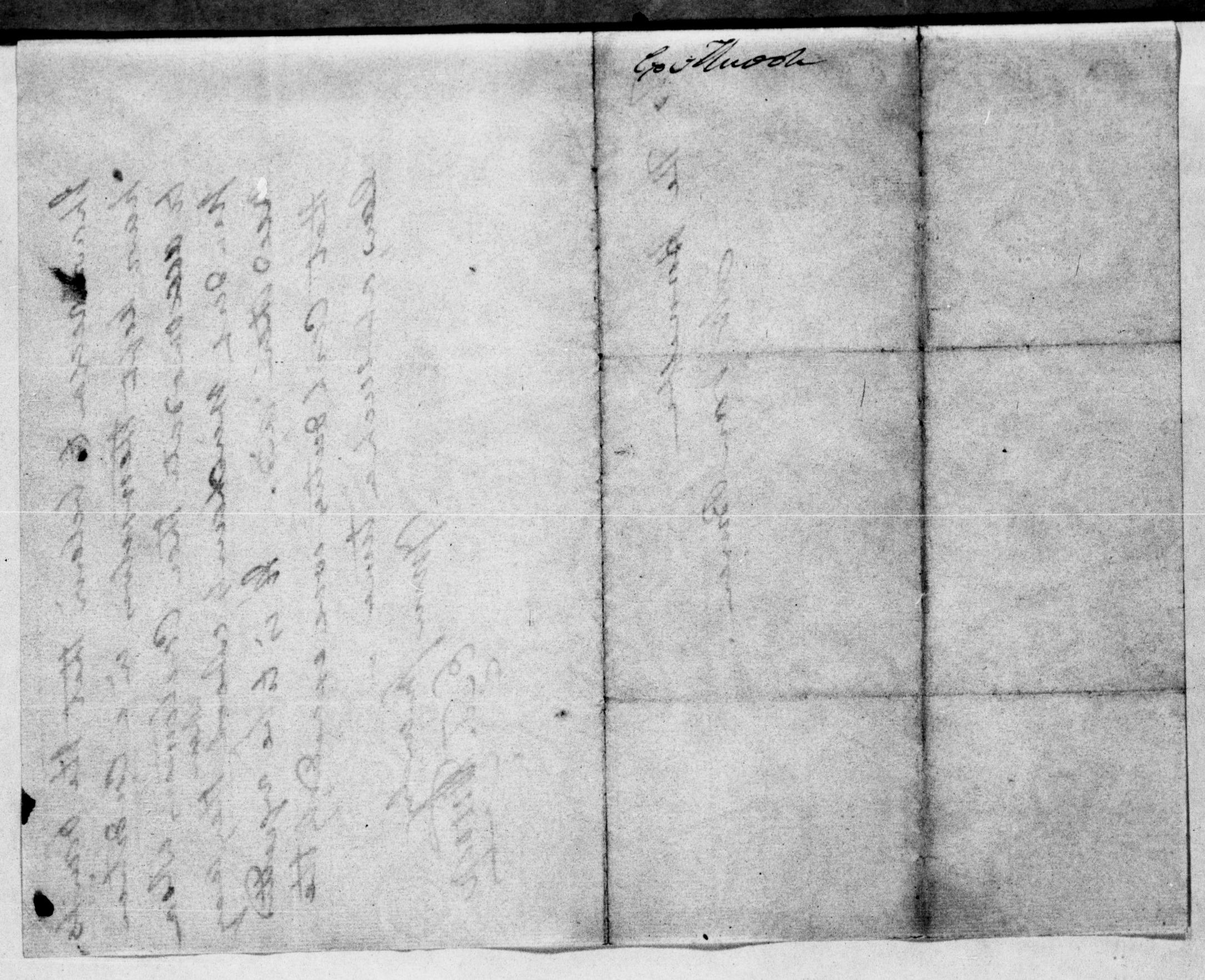