I ought long before this to have acknowledged your letter of the 13th August received from your son the 10th October upon my return from the South. It gave me great pleasure to be so remembered by you & to have it placed in my power to return in an analogous way some of the kind offices I have received from you. I have endeavoured so far as lay in my power to be useful to him & to render his residence here more agreeable. You will learn from him whether my efforts in either way have been successful. He fears now that the first weeks or perhaps months of wonderment & <illegible> are <passed> to be occupied with his Studies to <have> that wholesome longing for his own <illegible> ^Land^ which appears generally to characterize <our> Countrymen. He has so much of the family character that I am concerned will find him on his return very much improved.

We watched here with great interest the developments & explanations which the Session of Congress gives of the Internal State of the Union & I think that they must appear satisfactory when the <exasparation> of a minority, composed of factions so widely different in their principles & so completely similar in their failure, is taken into the account. Considering the incredible ignorance of the most cultivated and best informed in this Country of our internal condition, The President occupies a large place in the public mind & the newspapers devote no small attention to the leading acts of the Govt. though with their usual negligence and ignorance of facts. For instance we had a long article on Wednesday in the Journal des Debate which attributed the whole opposition to the U.S. Bank to the popular <illegible> of Banks & did not once even mention that national conviction of mismanagement on the part of the Directors of this Bank which has certainly contributed more than any other circumstance I have to the downfall of the Institution.

I am glad to see that the <Subject> of an immediate Convention to nominate the President’s Successor is laid aside. Much as I value and indispensable as manifestly is a thorough organization, I should regret at this early period a measure which if <perpetrated> in the same way would tend to make the Politics of the Country a simple struggle for the Presidency and which besides appears to me dreadfully <unhelpful> & indiscreet. Many questions might arise between this time and Novr. 1836 which would completely invalidate the nomination and render a new one necessary. Such an event would clearly weaken the force of the Second. I should fear also that an opinion might arise among the people that a nomination made at so early a period was a violent effort made by party men & by party organization to impose a President upon their choice. Such a belief would chill the interest of the Electors & keep back many from the Polls or throw them into opposition. I should consider any such Convention inexpedient until the approach of the national Electors had clearly defined those questions upon which the People would be called [to] decide and while there was so general an interest among them for the call of this Convention that it might truly be denominated national. If it was called for <illegible> by a few newspapers & if the Members were appointed by small Committees formed of men who are known to be the most active in such matters, it might render itself suspicious to the Nation & be not only useless but prejudicial to the Candidate of its choice. I did not intend to discuss these matters but "my heart untravelled" still returns <illegible> ^to those matters which interest^ me so much more than the events which are taking place around me. <Intuition> may be more selfish & less elevated than Philanthropy; but I could see with greater composure a few more of the poor Piemontese massacred, the Spanish Patriots baffled and our friend Lafayette’s noble plans defeated, than a single election across the water decide the triumph of a Party which would I believe by its extravagance and the necessary reaction which it would create do more to weaken the Federal Govt. than a[. . .] democratic schemes that ever were planned.

Mr. Li[ving]ston in compliance with your kind request has attached me [t]o the Legation & now that my curiosity with regard to the old World is satisfied, I have no so strong desire as to return to the New to live under those Institutions which make us all if not Agrarians or Owenites at least Workies. 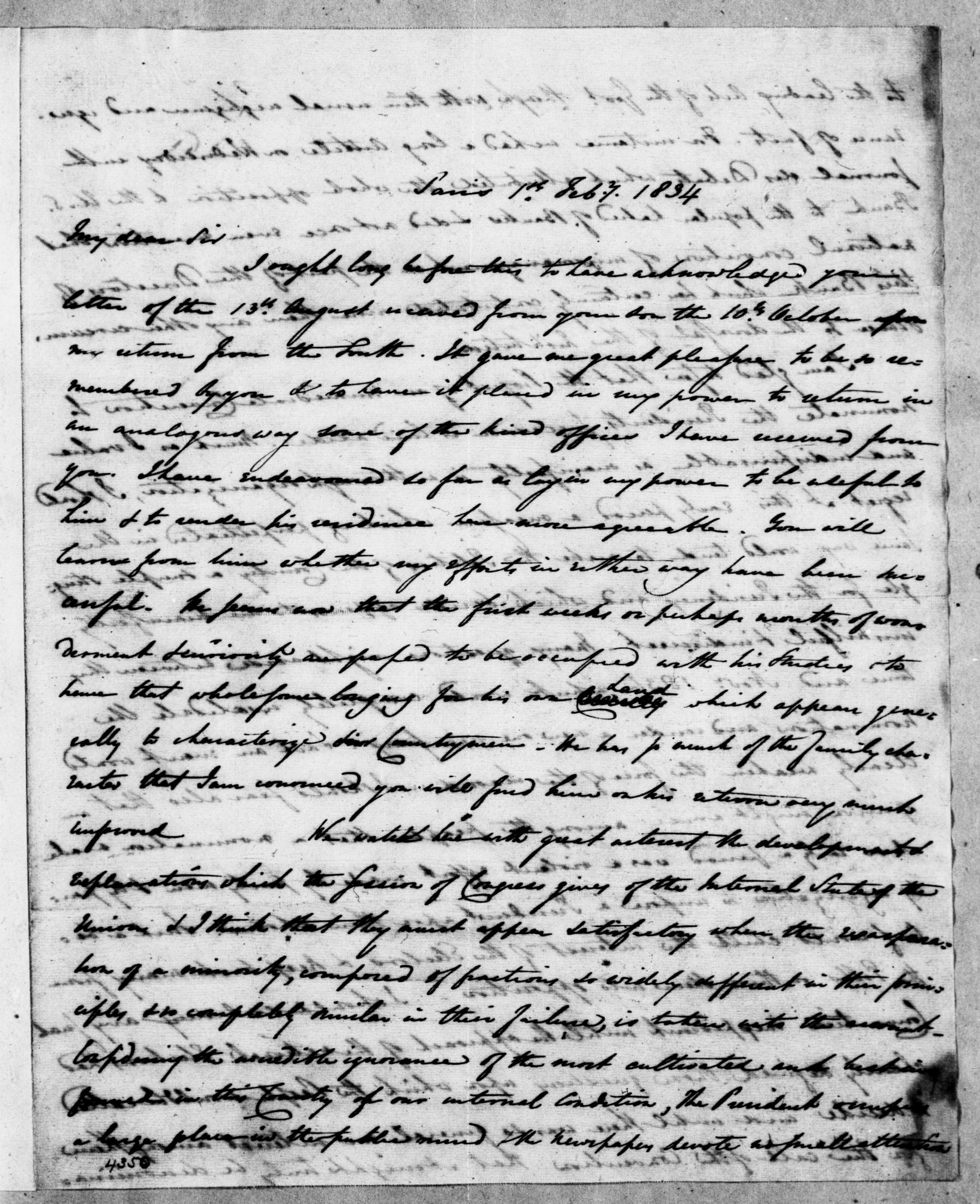 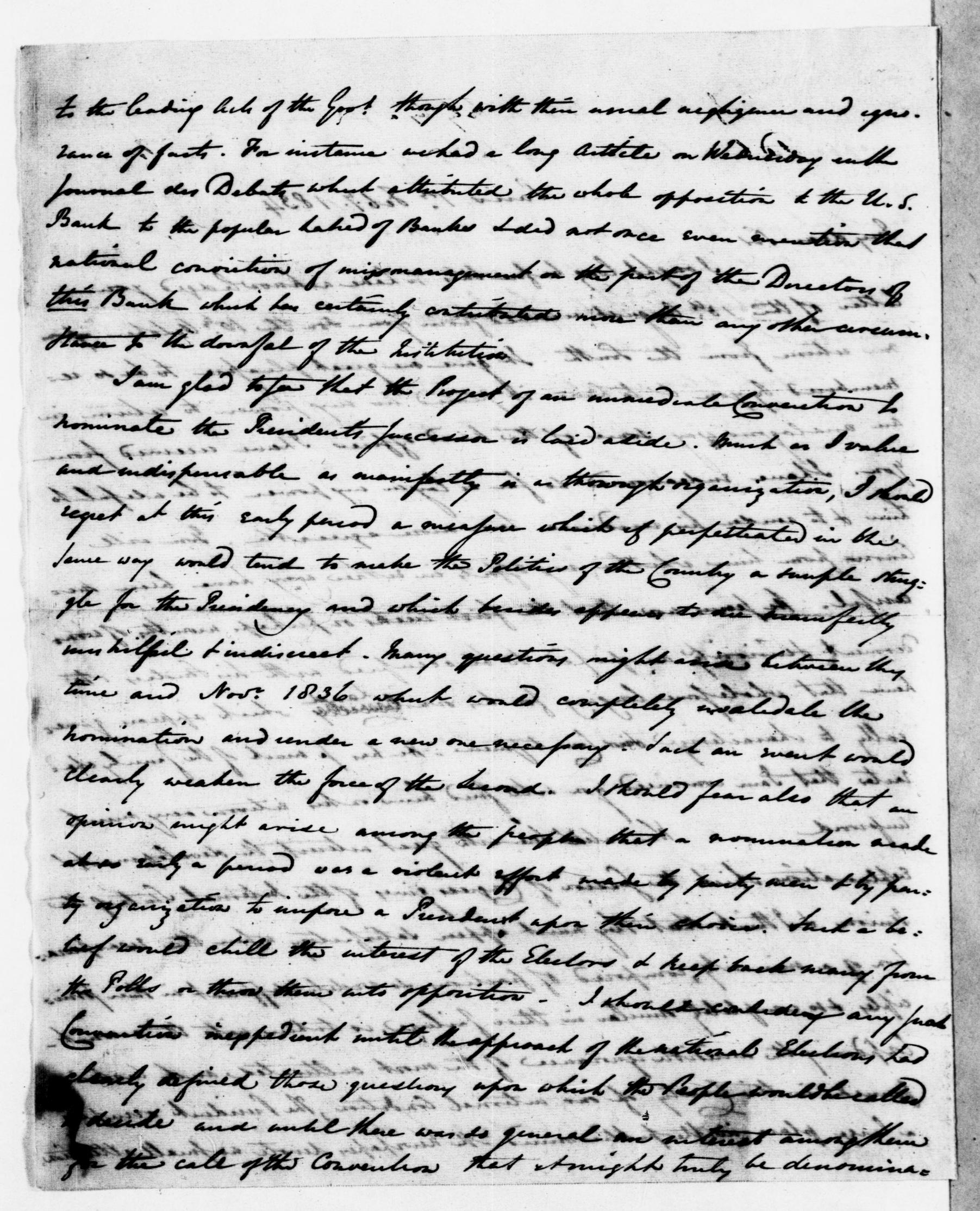 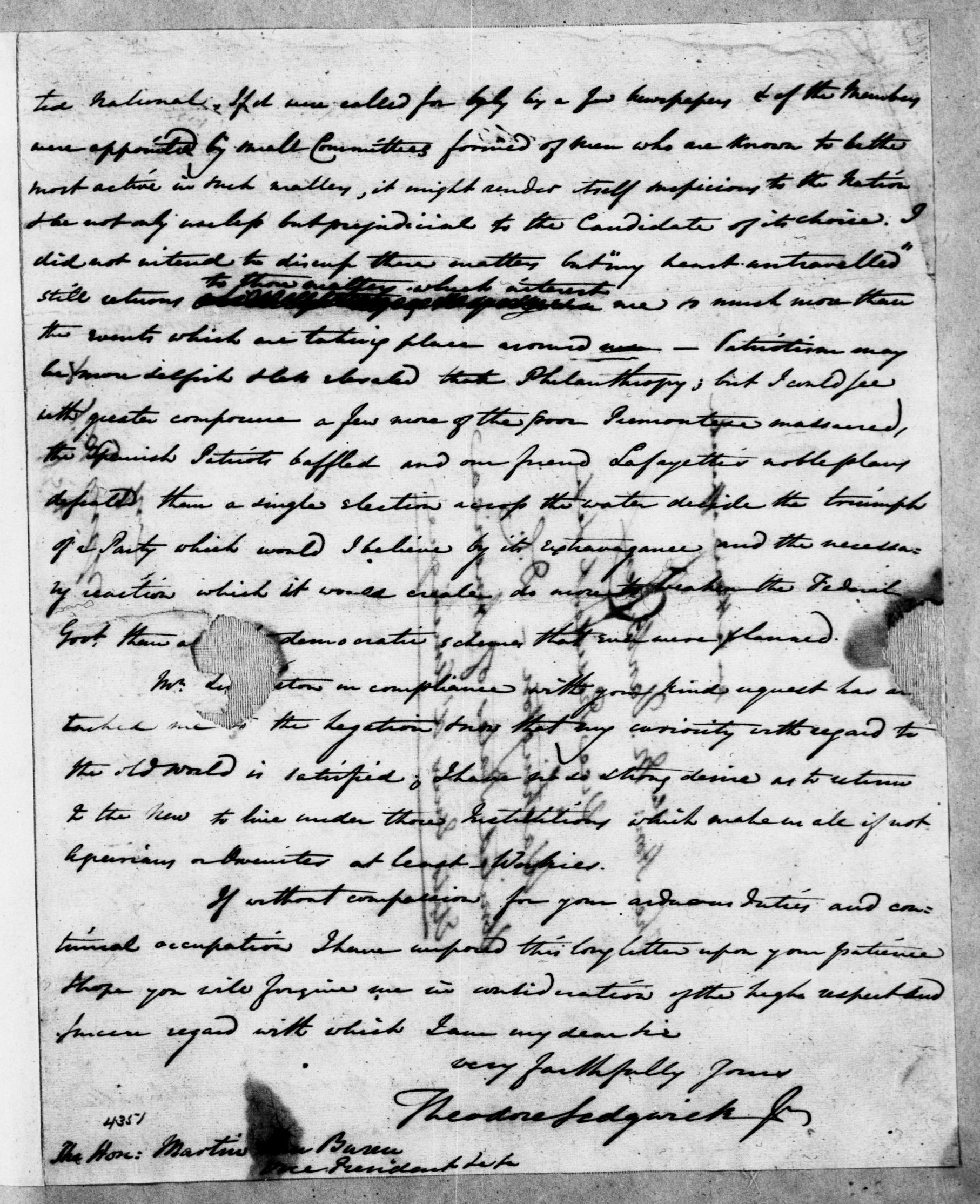 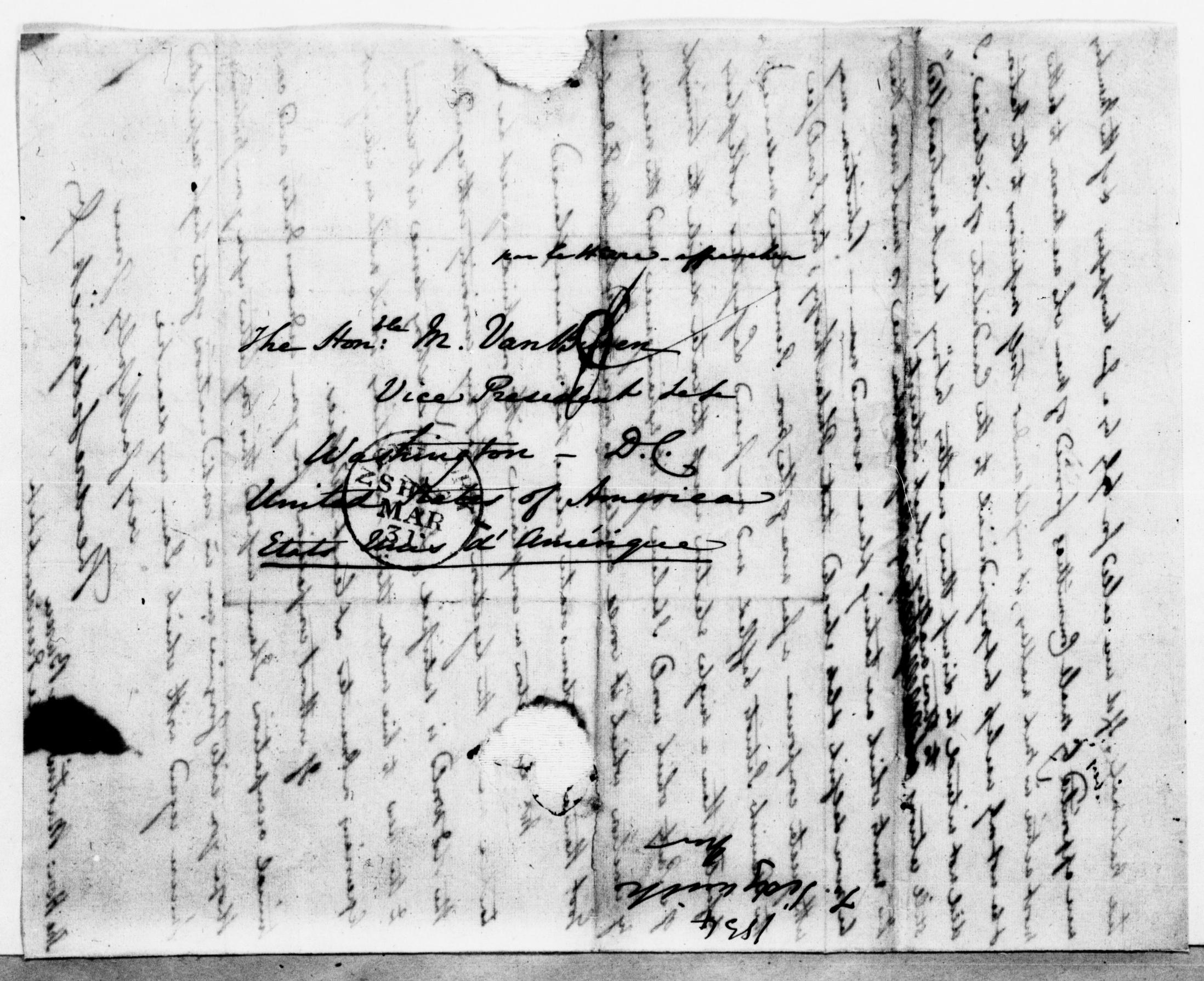