Under the belief that there must be considerable sums of money, which fear of impending disasters had attracted from their ordinary employment, I suppose that any Stock or Notes, the solvency of which was absolutely certain, and which bore so high a rate of interest as 6 or 7% would call these hoards into activity through the agency of the local Banks. If this result would not be procured, and if the friends of the Government are reduced so low that it Could not allow any portion of their ^notes^ to be taken in payment for C.H. Bonds, then the suggestion in my Letter of the 28th respecting an issue of Treasury Notes for the relief of the Merchants and consequently for the sustaining of fair prices for country produce, has no value of sufficient importance to be worthy of attention. But if the Credit of the Government could be beneficially applied in the ways I have supposed, without securing the risk of loosing one dollar, then it should be afforded without delay. There may be legislative and other obstacles to the measure, and there may be very strong objections to it which my confined position does not permit me to discover.

But if we do not endeavour to sustain the Merchants, we ought to avoid doing any thing to weaken them still more.

Under the solemn importance which I attach to this reflection I respectfully ask your attention to the opinion, that if orders are given, as I understand has been ^or is^ contemplated, to the Receivers of the public monies, to refuse the U.S. Bank Exchange drafts, the unavoidable consequence must be that the Bank and all its Branches will be compelled greatly to reduce their discounts beyond what would otherwise take place. This unnecessary infliction of injury upon the Merchants will I hope be prevented. Every day deepens the colouring of their situation, and I fear that the greatest alarmists will in the End be found not to have prophesied the worst that will happen.

As to politics if you could apply an immediate remedy to Existing evils and prevent the Merchants  Mechanics & manufactures from being broken down all and yet go well, but so sure as some alleviation does not take place upon an Extensive <zeale> the Cities will be lost and the Country in time may follow.  I know that our country is wealthy and that political attachments are strong and ^under these^ combined the influence and support the democratic party will not yield to a light pressure. But self interest is stronger than any other tie and the floating votes that make up the majorities will all be given under the influence of that passion.

If upon reflection you should think with me that it would be wise and useful to strengthen some of the old and solid Banks in New York by giving them an increase of capital it might not be amiss for you to express such an opinion to any confidential friend in this place. All local Banks in the City are stretched as far as they dare to go. The Bank of New York has discounted to within $100,000 of its legal limit. It can go no further for fear that its large deposites may suddenly be drawn out. An addition to the Capital would absorb a portion of those dead deposites, and Enable her to Extend more relief to the necessitous. If the Capitals of four of five of the smaller Banks were increased it might inspire some Confidence, which is the <illegible> of the paper [. . .]. The New York <illegible> National Leather [. . .] for and can use more capital to advantage, both for the Banks and the Public.

Our two or three new Banks in addition is as many as the Legislature could be reasoned with at this time; though I perceive that the very correct opinion is gaining ground that the City is more in want of Banking Capital than the Country.

It cannot be Supposed that any considerable part of 60 or 70 millions of Credits can be suddenly withdrawn from use and at the same time the Exchanges amounting to more than 200 millions per annum be disorganized, without producing distress and pain. To prevent this is the duty of Government. 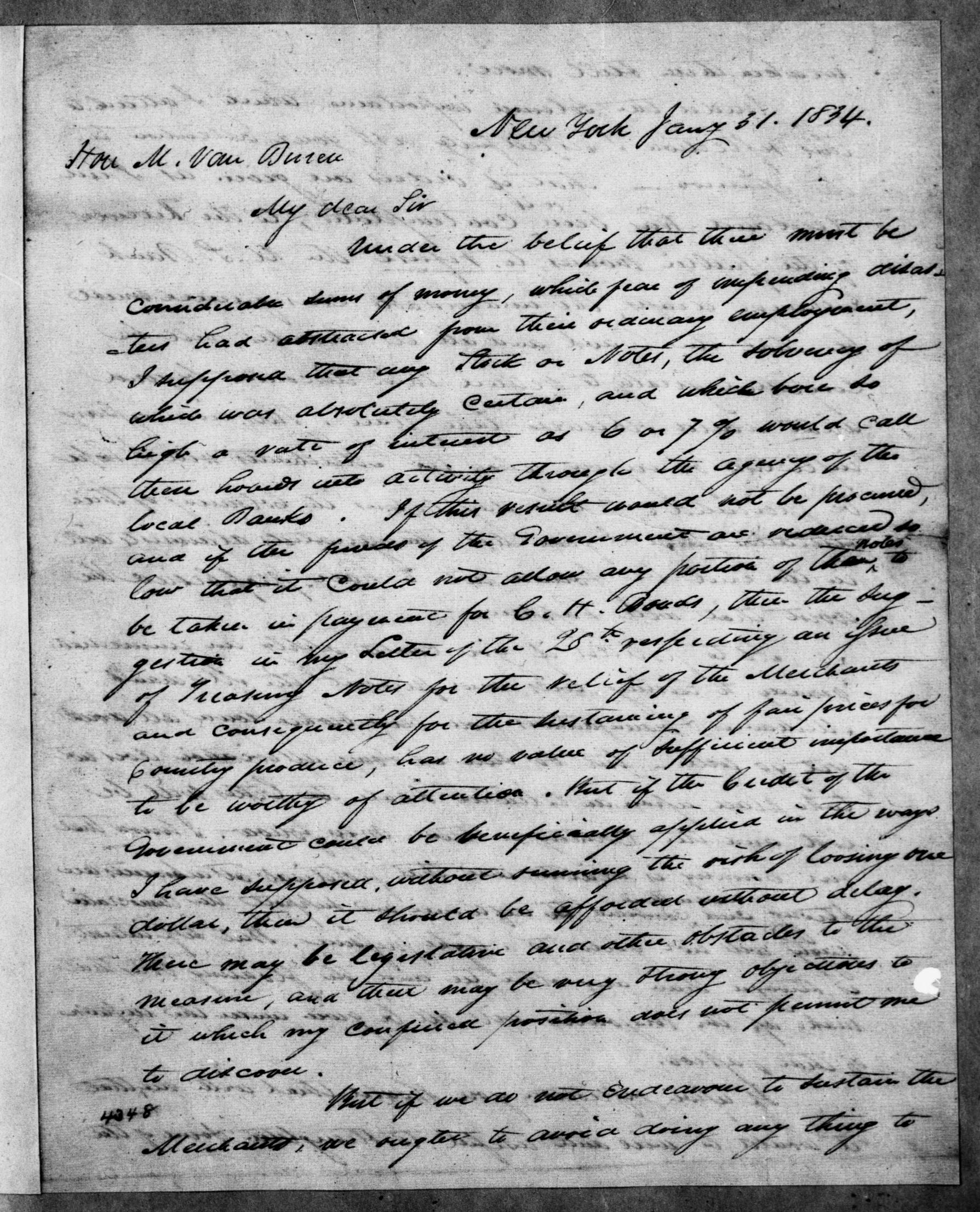 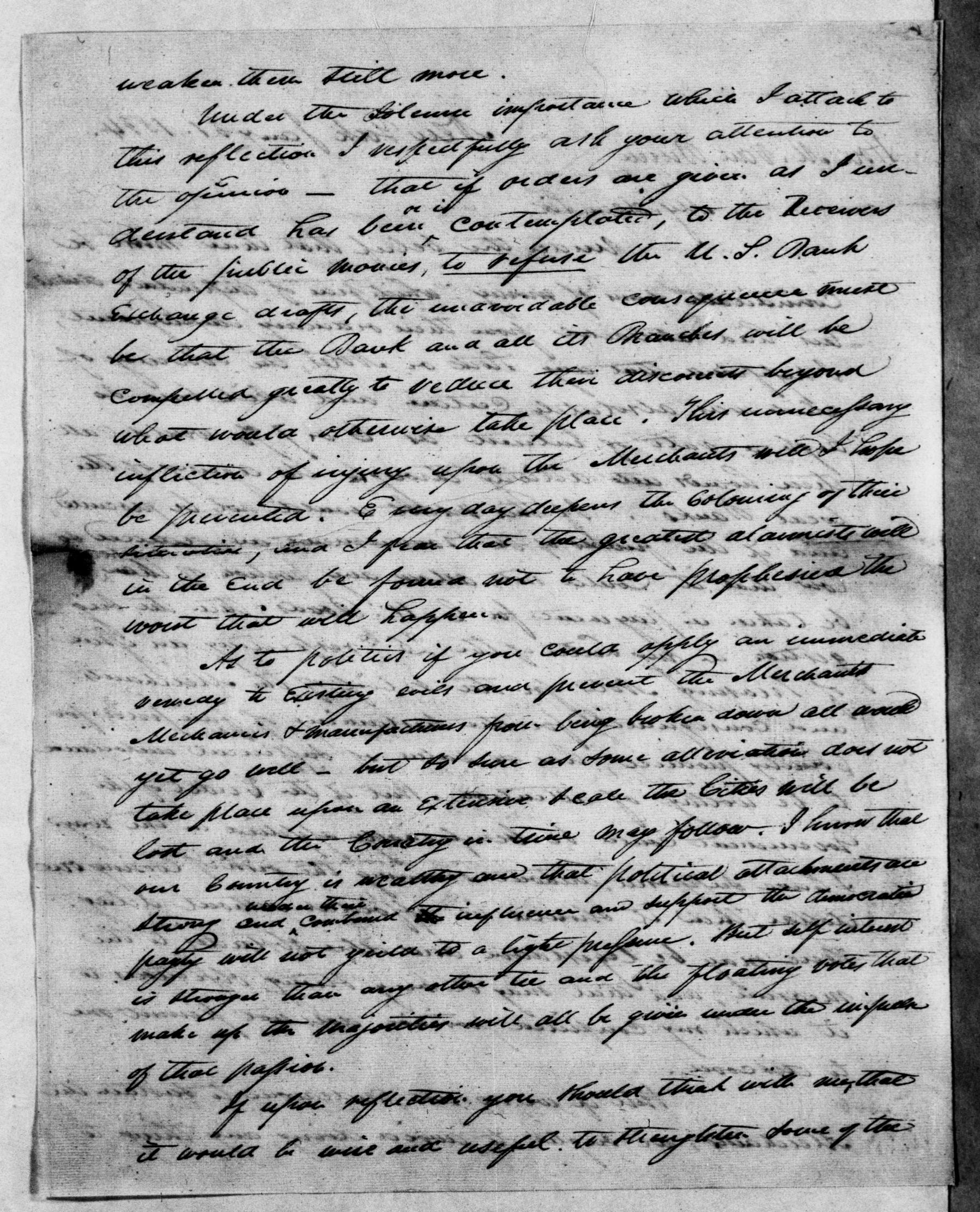 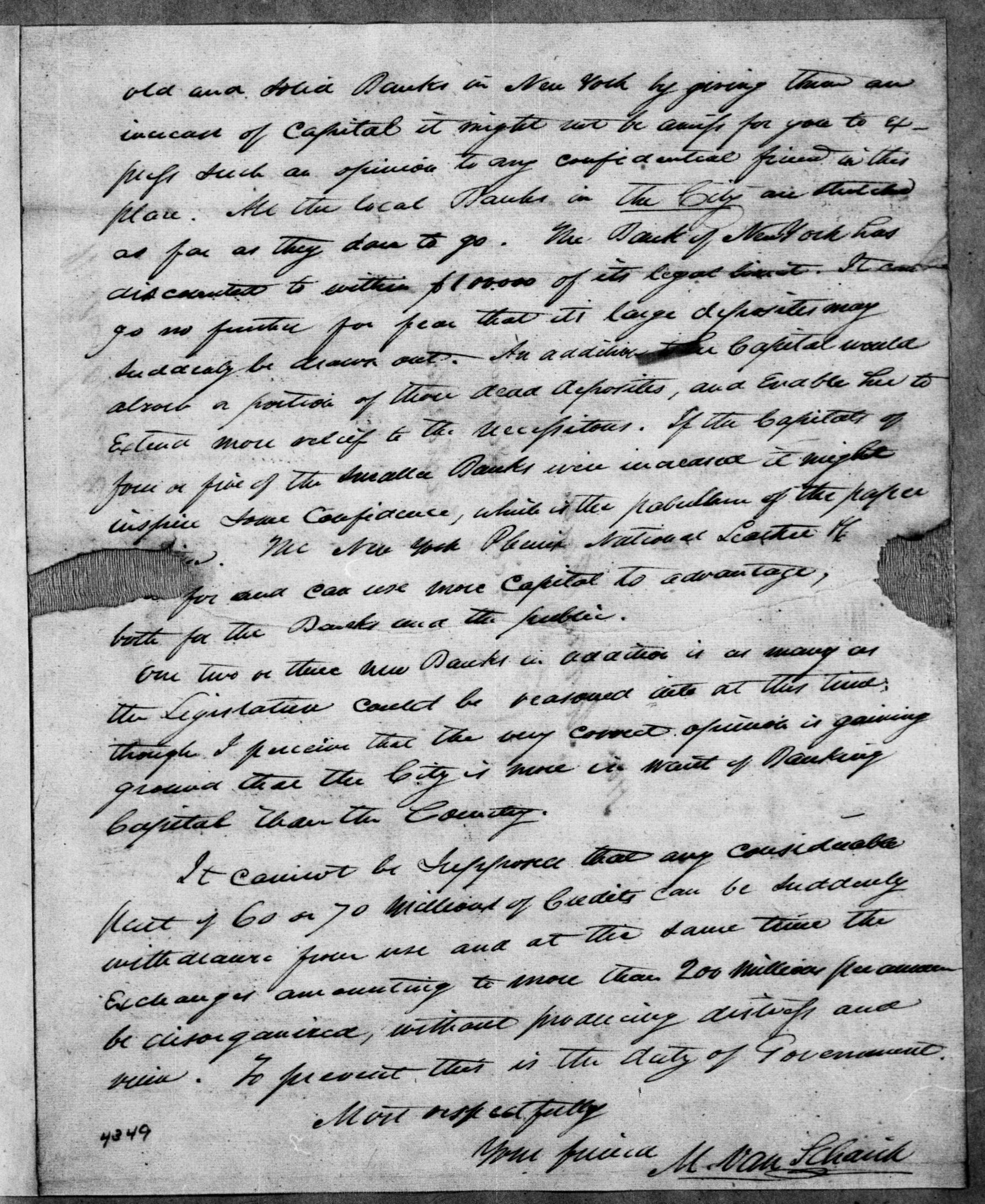 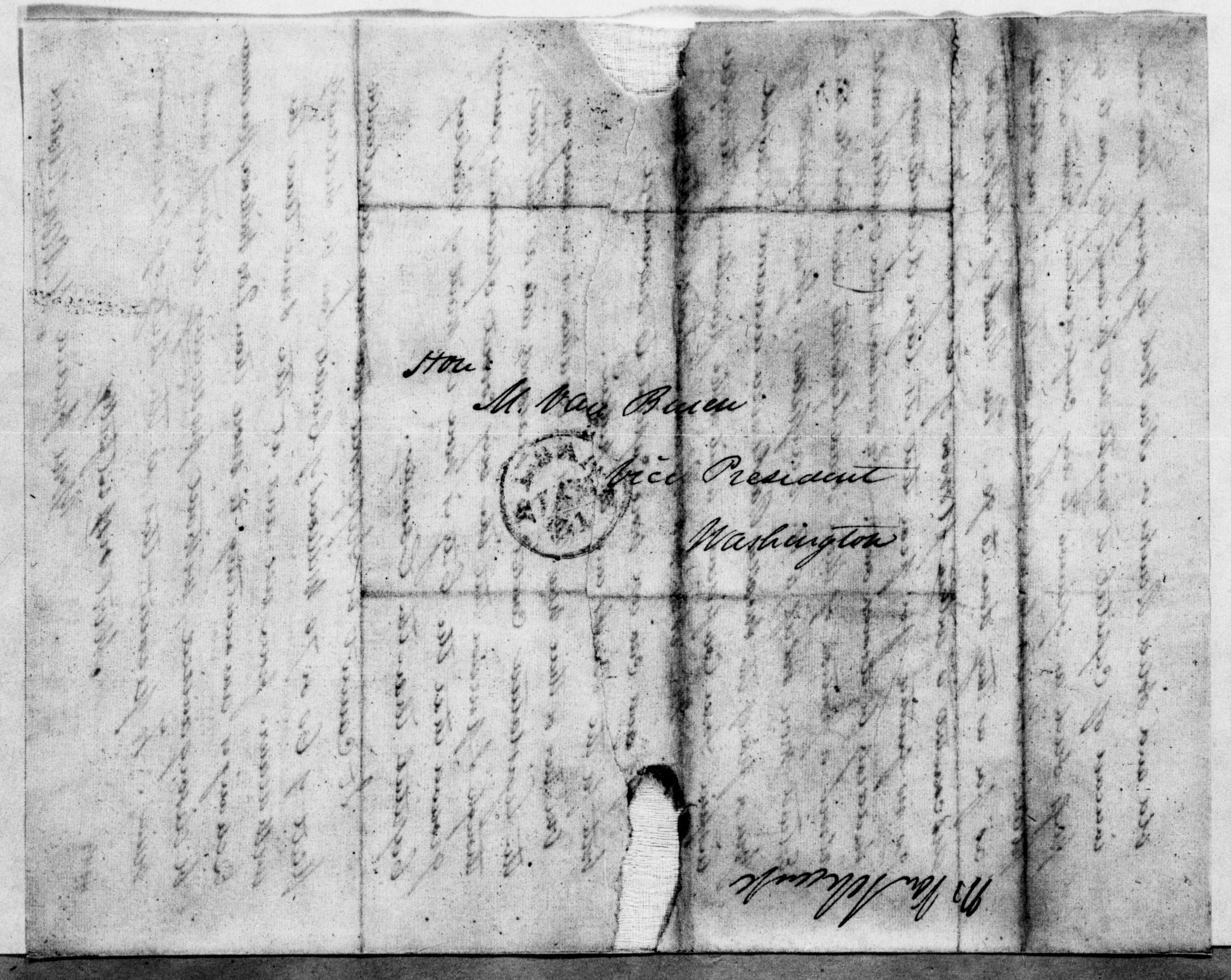