I have hesitated about writing this letter for a day or two because I feared to be considered as a <illegible> or a <illegible> [. . .], but it is ^our^ duty to assume responsibility in order to serve our friends & perhaps provide higher Talents.

You and our friends at Washington have a right to be correctly informed of the state of things here in relation to the all absorbing questions. There is a most alarming pressure for many resulting undoubtedly principally from a General want of Confidence. The Evidences are: The sale of good notes at from 1 1/2 to 3% or more than The price of good exchange. The N.Y. Bank offered during the last week the best Bills endorsed by one of the best Banks in Philaa at Par & could not sell thes them The answer of all the usual buyers to when they applied was we want Bills but have no money to purchase with. The January totals which I can <trust> circulating to about one million cannot be bought here because of the ruinously low rate of Exe. Merchants have refused to take goods <an> to sell on commission because they will not advance the <director> on their notes for the Purchase or proceeds of sales. Auctioneers are declining business for the same reasons & one Mr Isaac Hone who has done so is a director of the U.S. Branch for which I suppose that so far as that Institution can effect <on> the <Pressure> is to be increased. A Type <founder> has discharged 60 workmen because he could not sell the Proceeds of their labour & consequently pay their wages <back> a <part> of which I am informed by the best authority & which I <illegible> <illegible> <illegible> It <illegible> <there> all others is That other President of an of the Deposite Banks required the collect not to make a transfer to that Bank of <illegible> Dollars because if it was done the Bank would have to loan it & they could not count upon getting it back.

I make these statements not for any other feeling or wish than that you should be truly informed I do not know that a remedy can devised but I am sure unless you know the facts you cannot speculate correctly as to a remedy. I am convinced that the evil resulted ^in the beginning^ from the unnecessary & wicked contraction of the Issues by the the U.s Bank But it is now continued & extended for an universal want of confidence which the discussions in Congress & the Newspapers <sends> to <illegible> & confirm I am induced to think that same good could result from a <illegible> decisive vote in the H of R. <against> the Bank which <however> for what appears cannot be obtained.

We are discontinuing as far as possible all attempts at a Public meeting but I do not believe we shall be successful however <illegible> <illegible>. I may be permitted to go one step further. Should this state continue much longer it will <illegible> reach the <Pockets> of the great mass of the people & when that is so I fear they will refer to impute the whole evil to removal of the deposits & its authors (<illegible> <illegible>) rather than take a more correct but less obvious course of reasoning. The opposition fight a reckless fight which we can with difficulty oppose 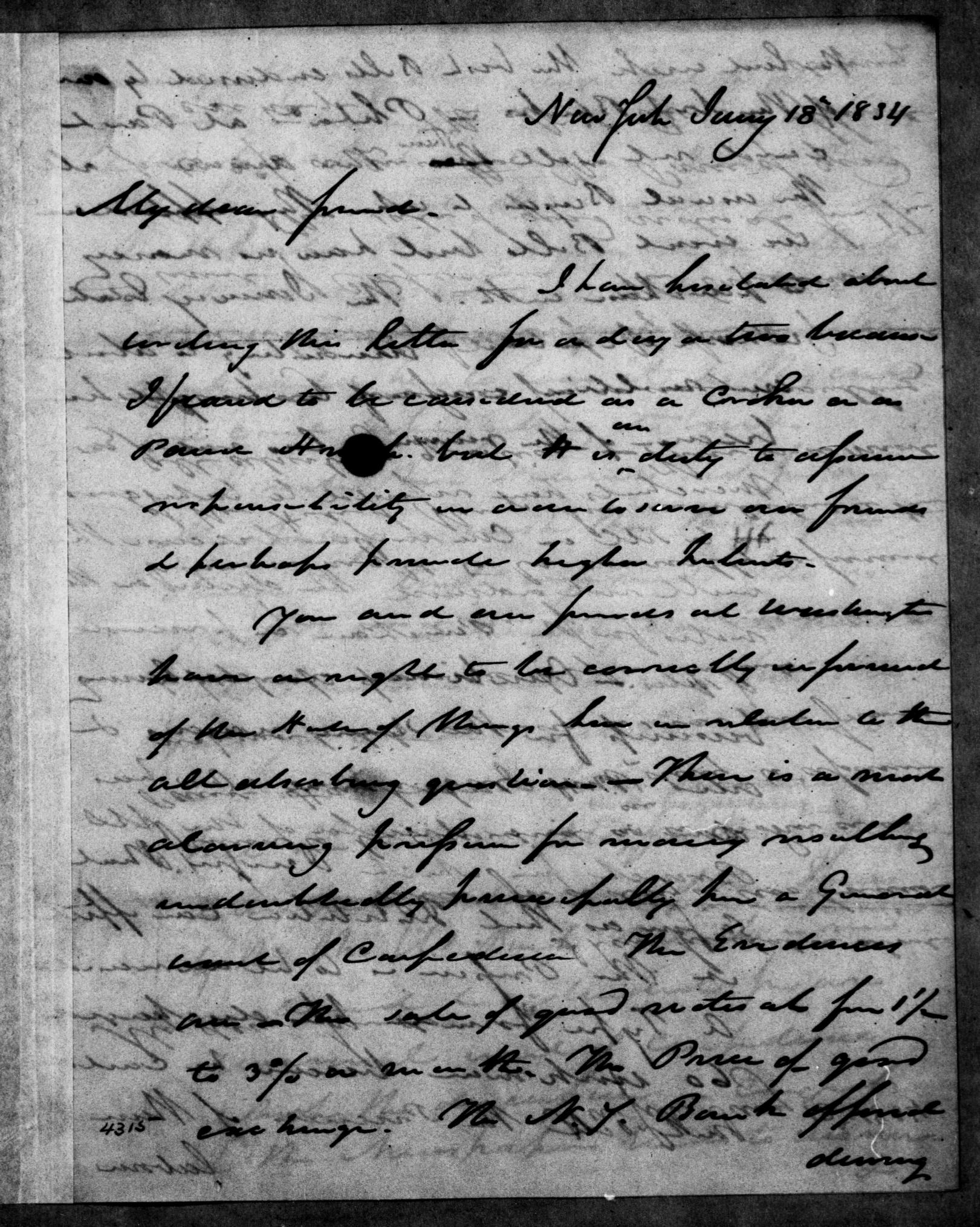 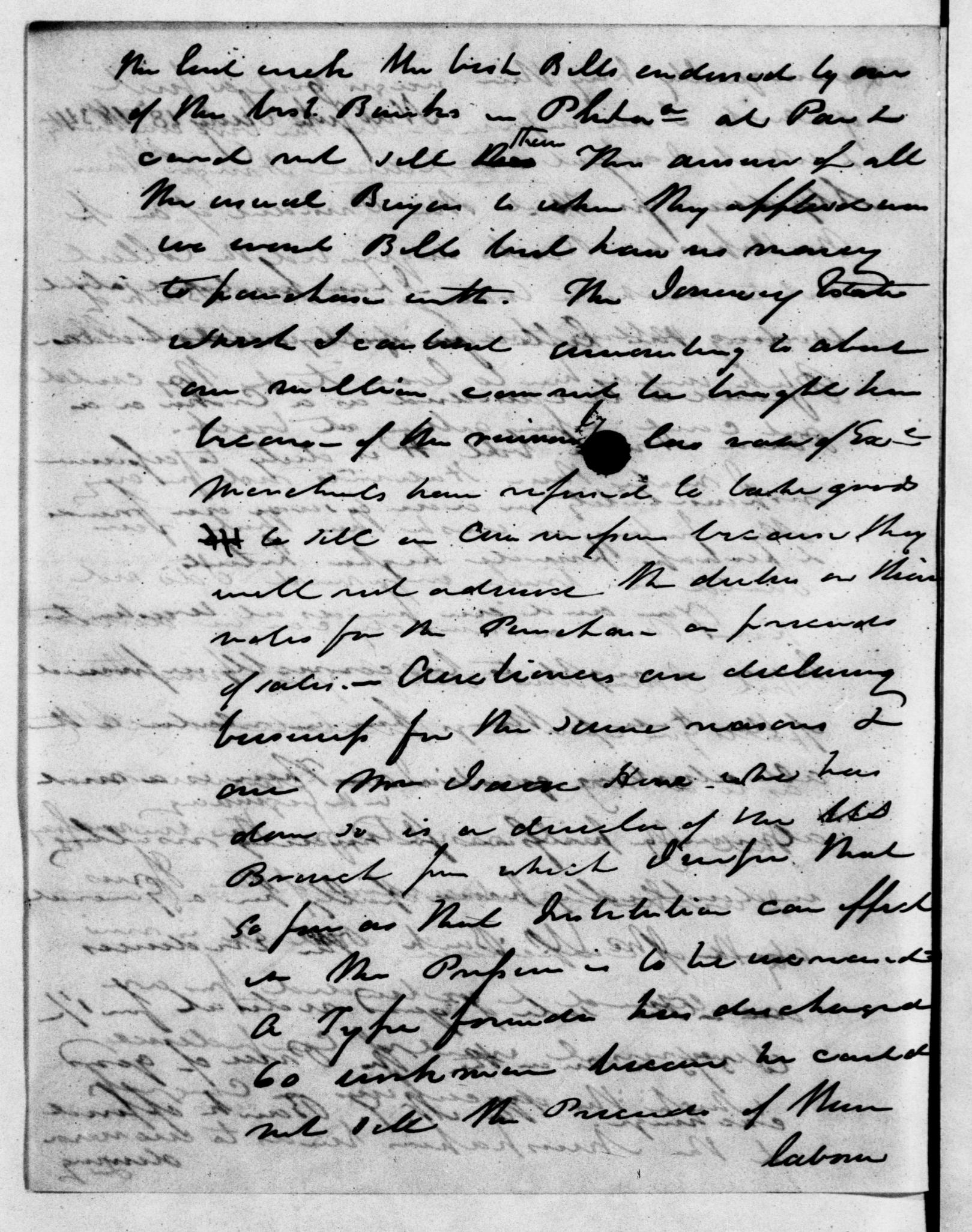 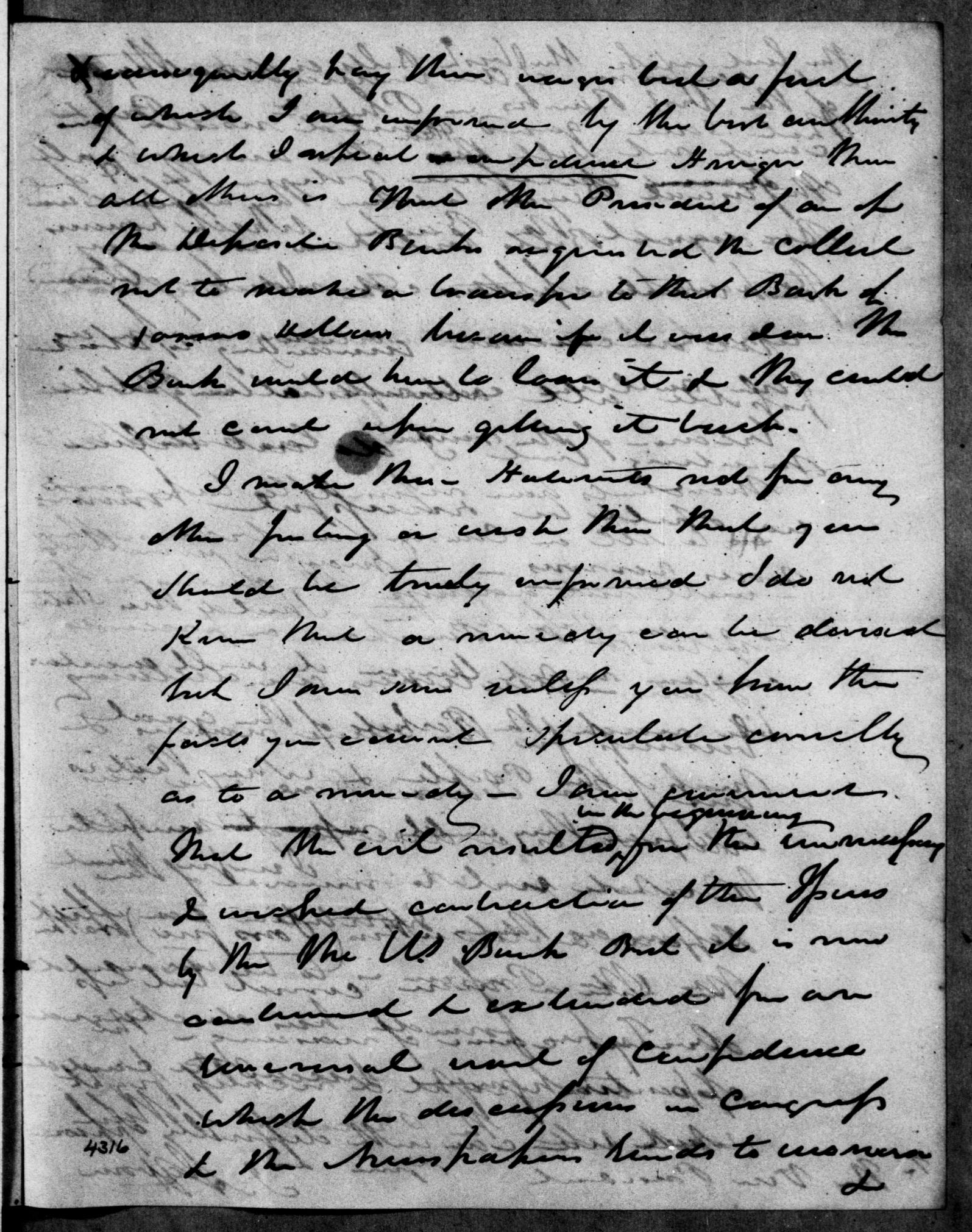 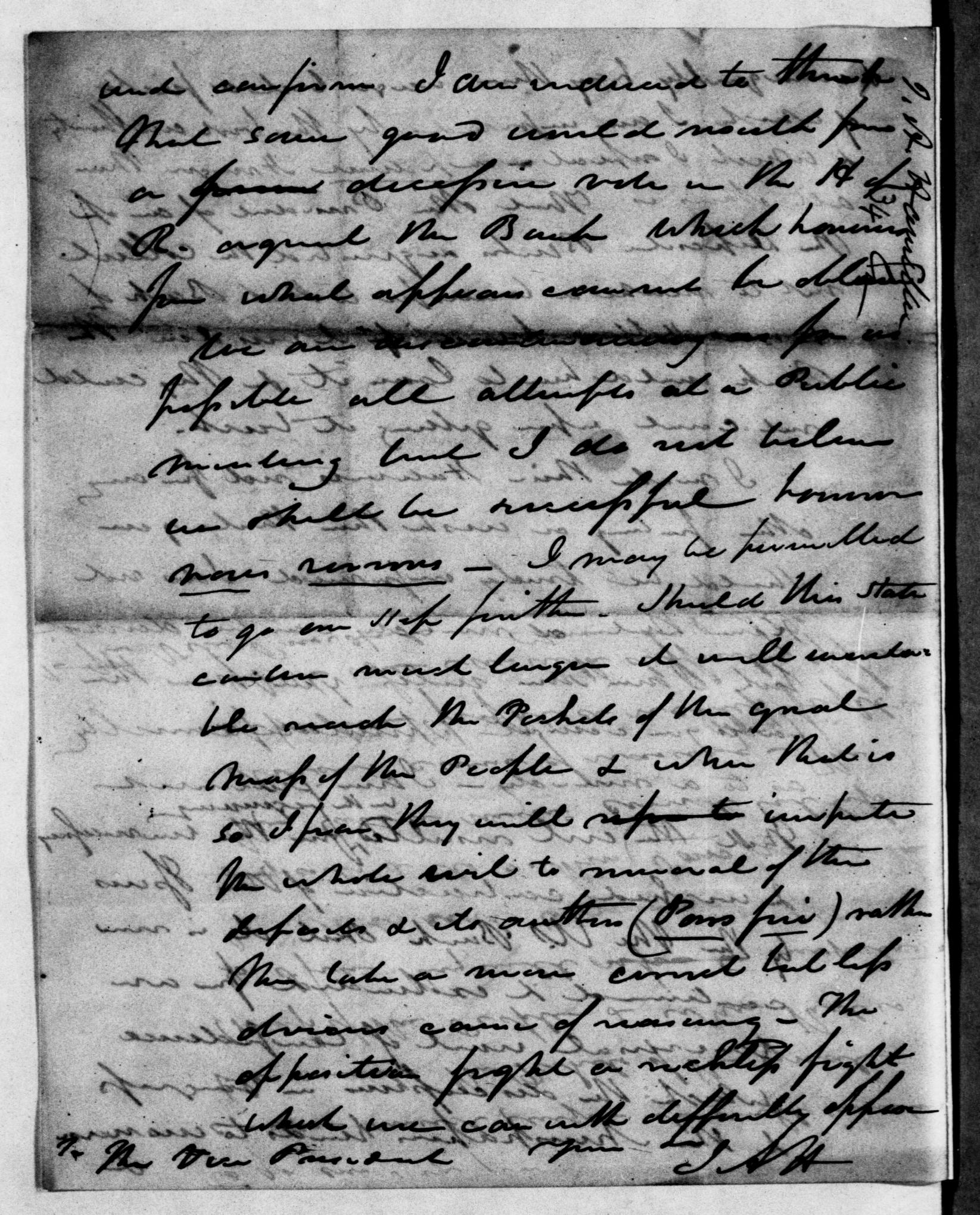