I thank you sir for the public Documents you were pleased to send me.

May I claim such measure of your thoughts as you can bestow on the following great <interest> of your own state. I will be brief.

I have always had full faith [i]n the safety fund Bank System and have publicly and privately given it my full support. I think now it wants a simple amendment to be complete, viz. One Bank of <illegible> large Capital to be Chartered in this City, corresponding in the Bank <Machinery> of this state, to the ballance which in the chartering of <Merchants> application is about to be made for such Bank. The Capital ten millions. The state one fourth owner, payable in a stock to be <created> for the purpose four and a half pr Cent interest, and to appoint three Directors.

The Banks of Seven Senatorial Districts, to be one ^sixth^ owner, and to appoint one director for each District, say seven in all.

Individuals to own the ballance and to appoint fifteen Directors, the Bank otherwise to be governed by the existing Statutes.

I think the following benefits will accrue.

1st The Bank Capital of this City being now most injuriously <illegible> for the great <commerce>, and about to be still diminished by the cessation of the U. S Bank, the <proposed> Bank will supply the Deficiency.

2d The two and a half millions of State Stock to be created, as well as the entire stock of the Bank will command Specie in Europe at all times where <required>, to supply the wants of its own, or the vaults of the <illegible> Bank.

3rd All the <illegible> Banks will possess the means in the Stock they will hold, and a voice in the Direction to command such supply of Specie whenever they need and will have moreover a safe place of deposit, for any funds which they may <require> to <illegible> in the City.

4.th. The <enormous> funds collected here by the u. States, will find an appropriate deposit.

You will perceive Sir that the jist of the plan, is a more stable certain and unusual <illegible> <illegible> to the stock and the <Notes>, than can exist in any or all of the Banks, now in being.

I am Sir with very great 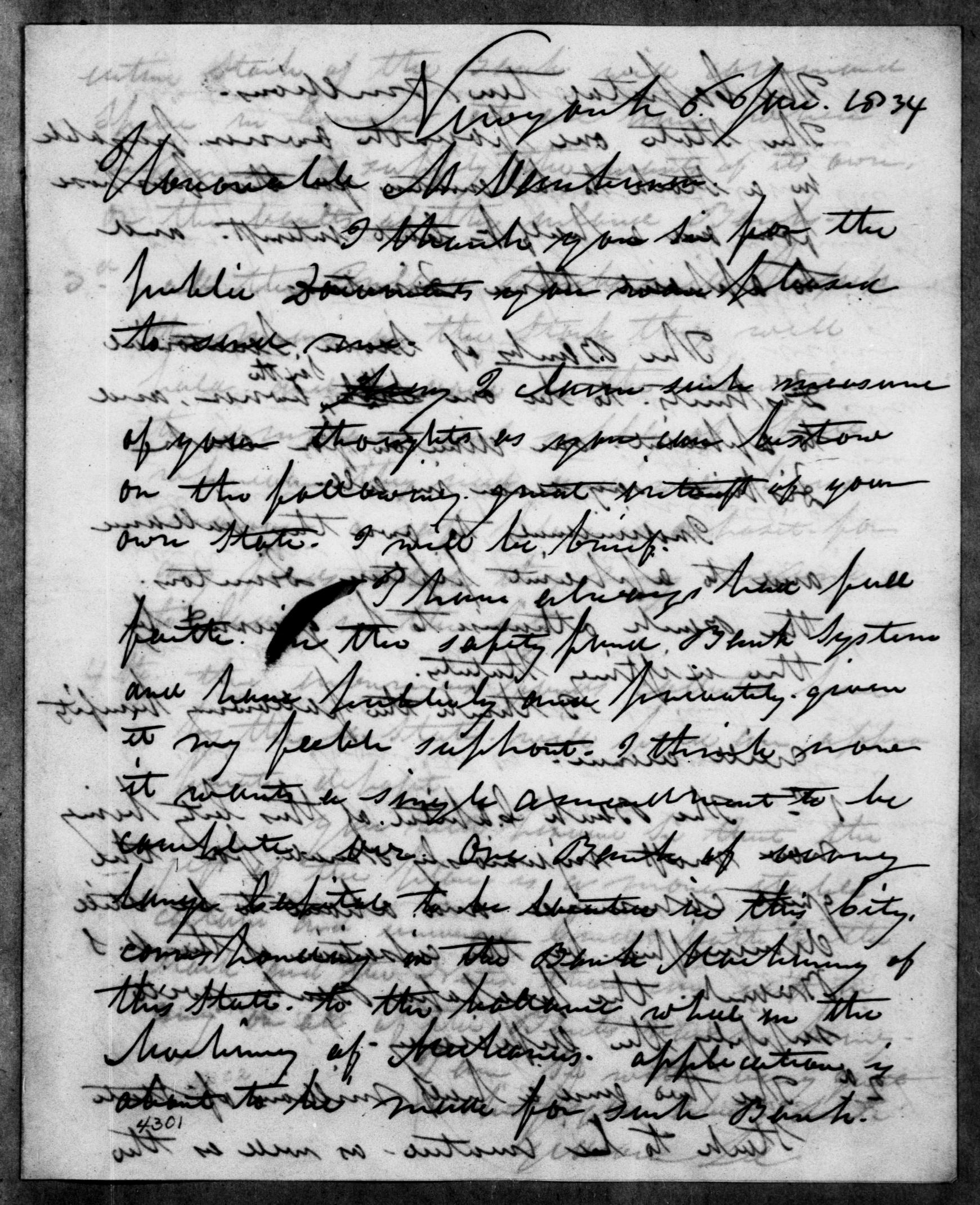 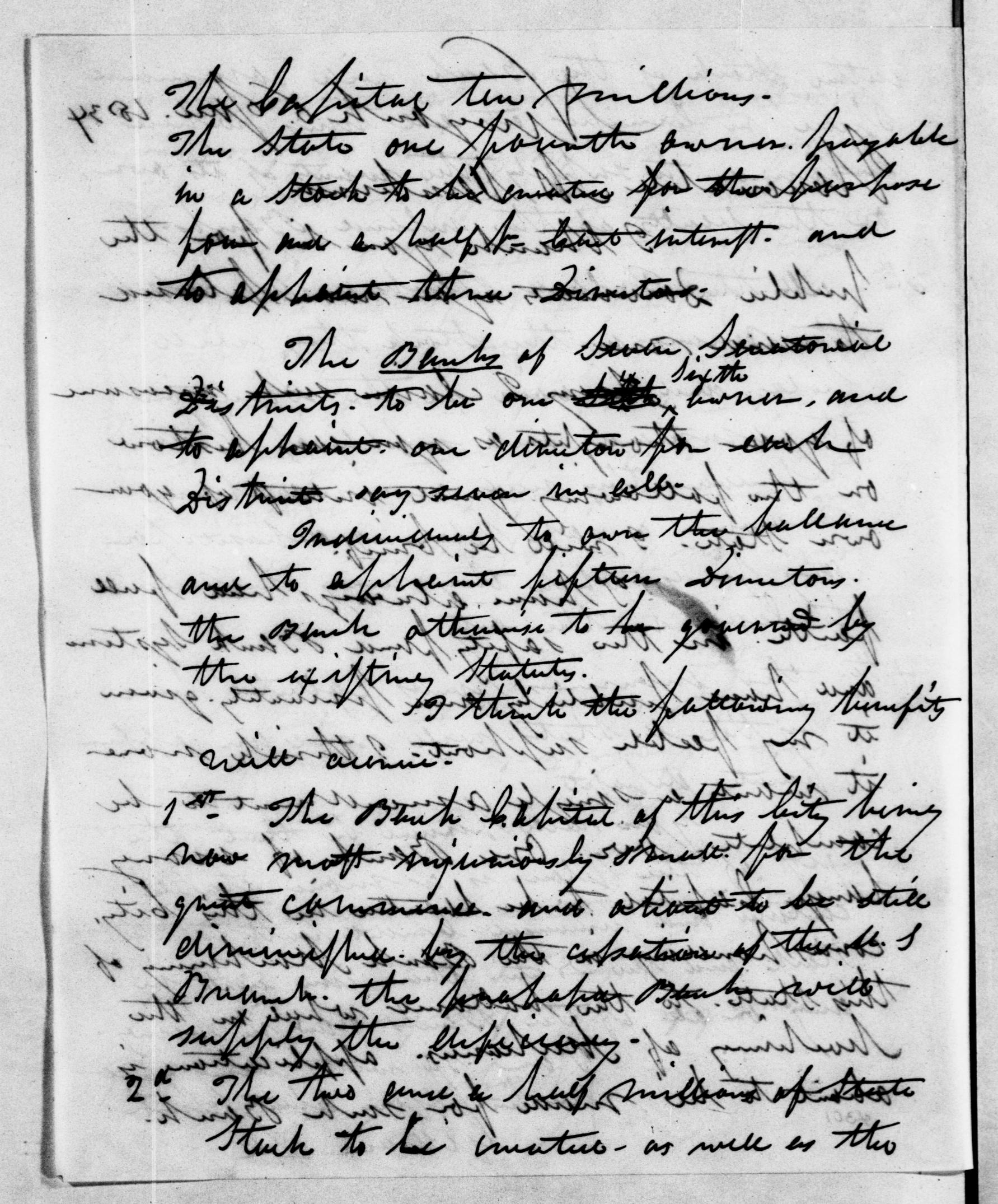 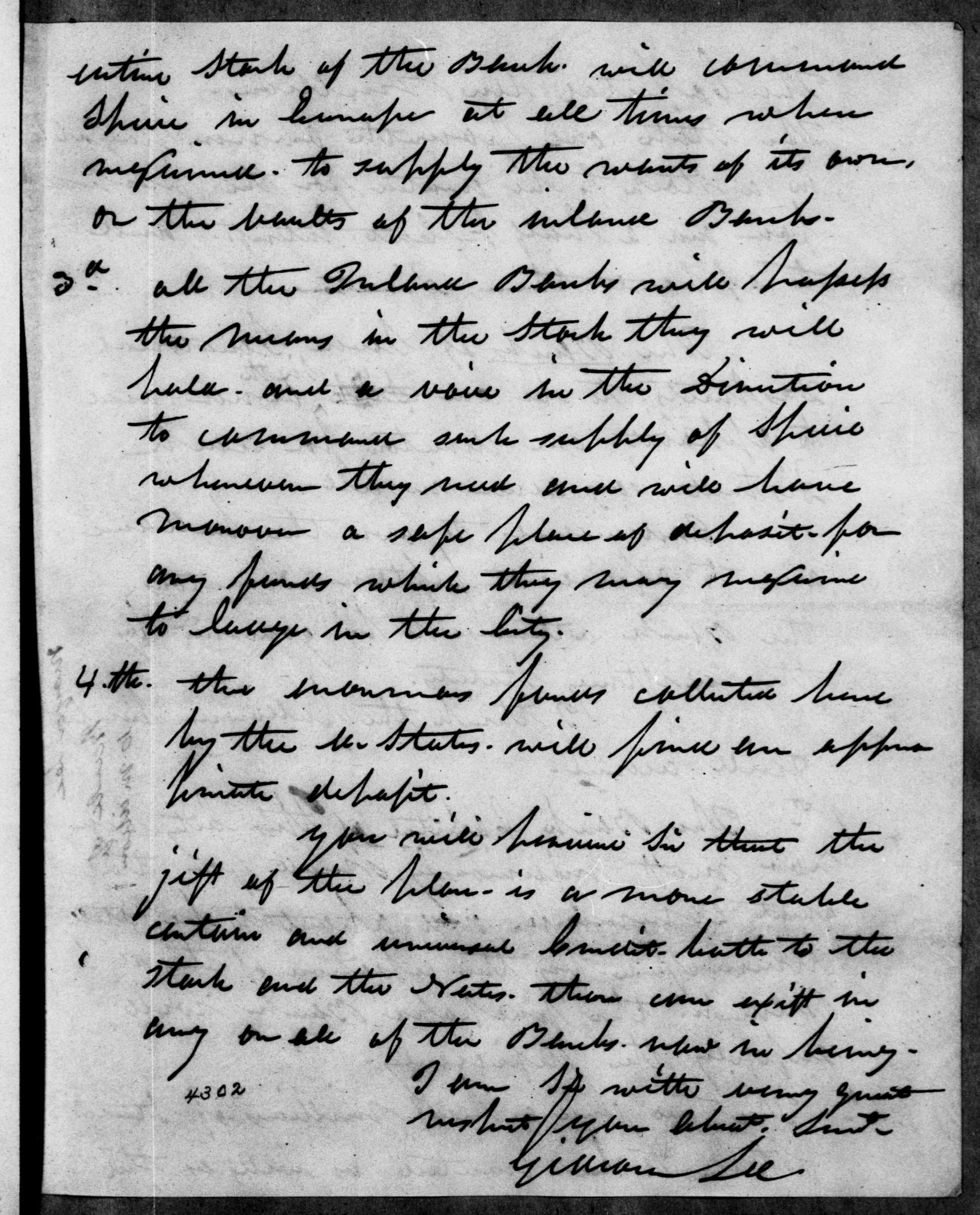 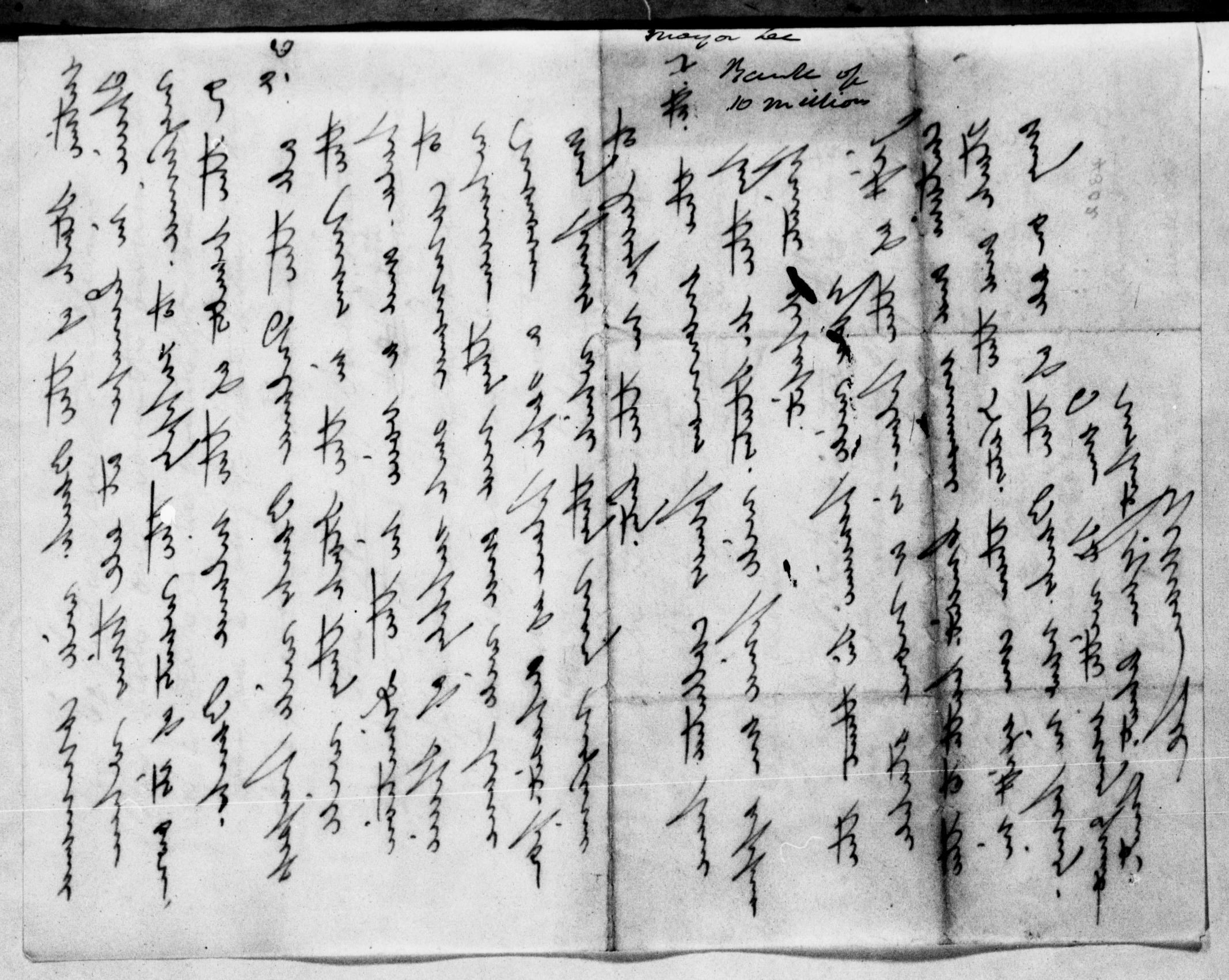