I thank you for the documents you were so good as to send to me I have had the pleasure to receive a most flattering and affectionate letter from the President. Nothing can exceed his goodness but his devotion to his friends which seems never to hesitate or Slumber

The many dealers and merchants in this city are really in very great distress nay even to the verge of General Bankruptcy A proposition was held under consideration to day to hold a meeting of the merchants and by common consent to stop payment altho so disgraceful and distinctive a measure can never be seriously contemplated by the great mass <of> as <ever> a respectable <proposition> of it The very contemplation of it proves the merciless <illegible> ^to^ which they are now subjected by this monster Bank. When partisans are pushing the mischief by increasing the Panic and altho they now cease to Justify the Curtailment by the removal of the deposits they attempt to do so by alledging that the Government attempted to stop the <illegible> Branch and are ready to make other <illegible> attempts upon the Branches and <thus> therefore they ^the^ circulation of the Bank must be reduced to its Specie All this is a mere hollow pretence to <end> the Bank in its measure of coertion which it will continue until a discussion vote is taken in the House I wish our friends there instead of Discussing would immediately come to a vote on Mr. Duffies Resolution and put it down. The Game would then be up. This is worth thinking of. The evil of <der> the derangement of business in this city is geting down to the labouring classes, for <where> every thing consistently with the due administration of the Government ought to be <down> 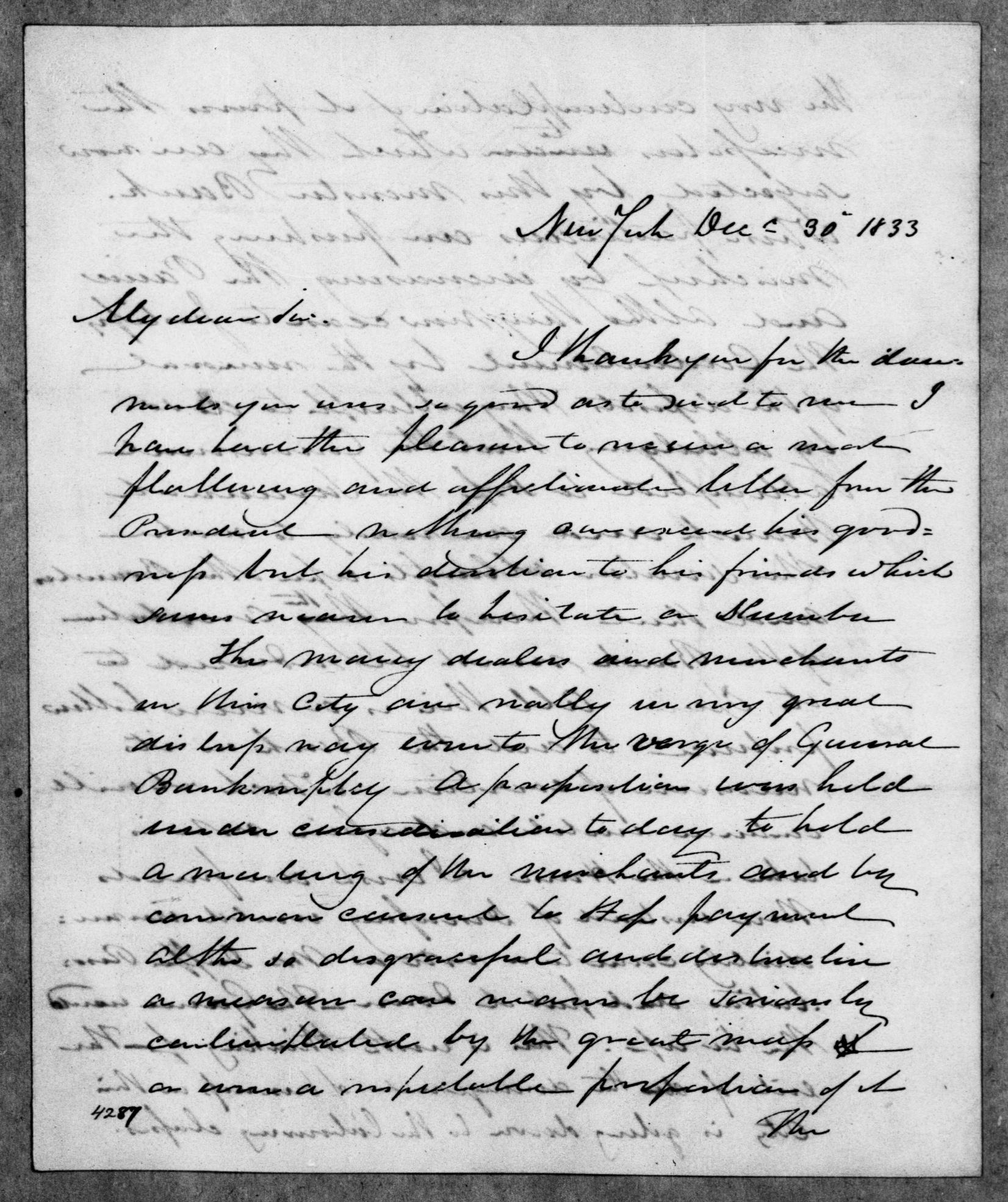 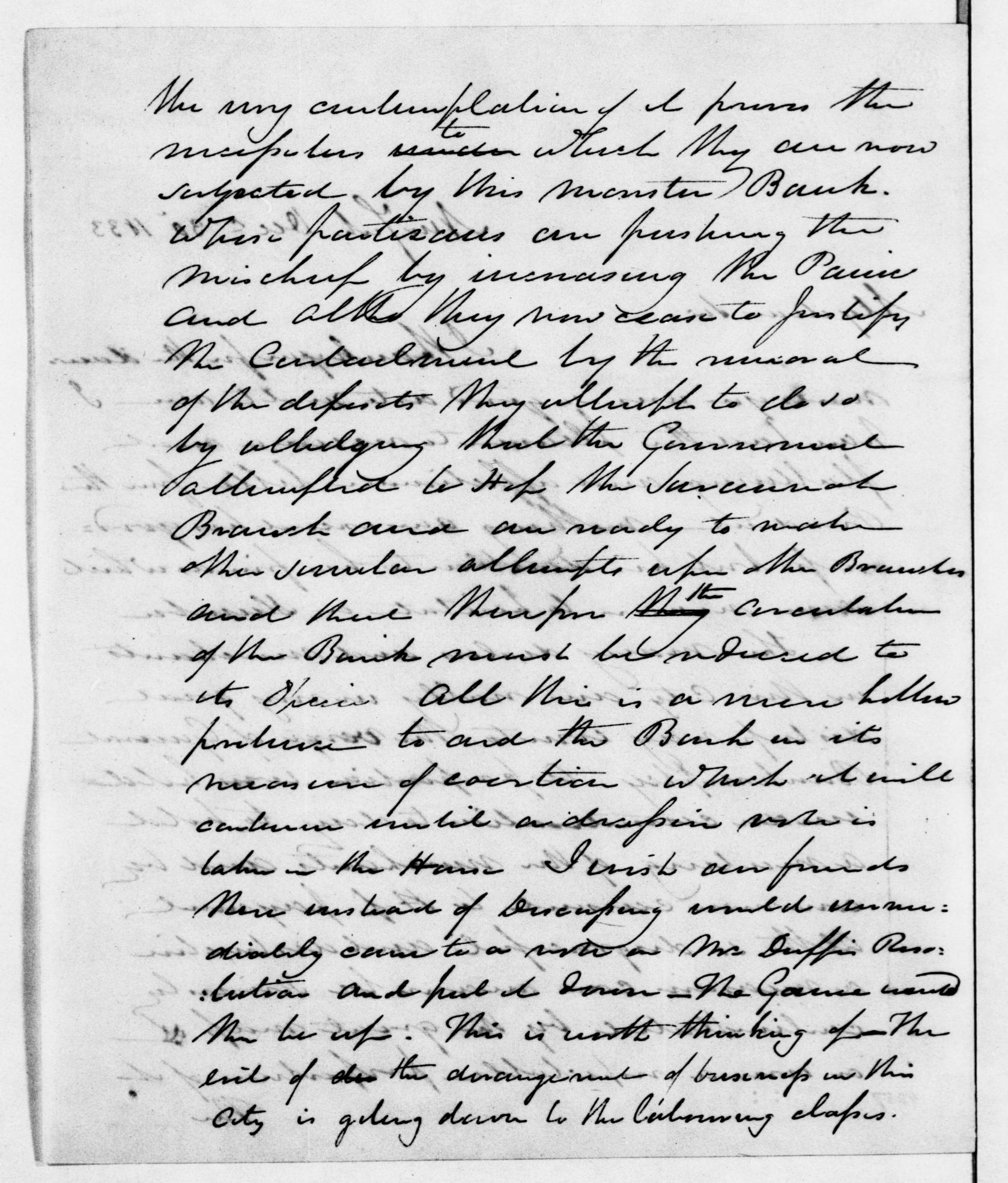 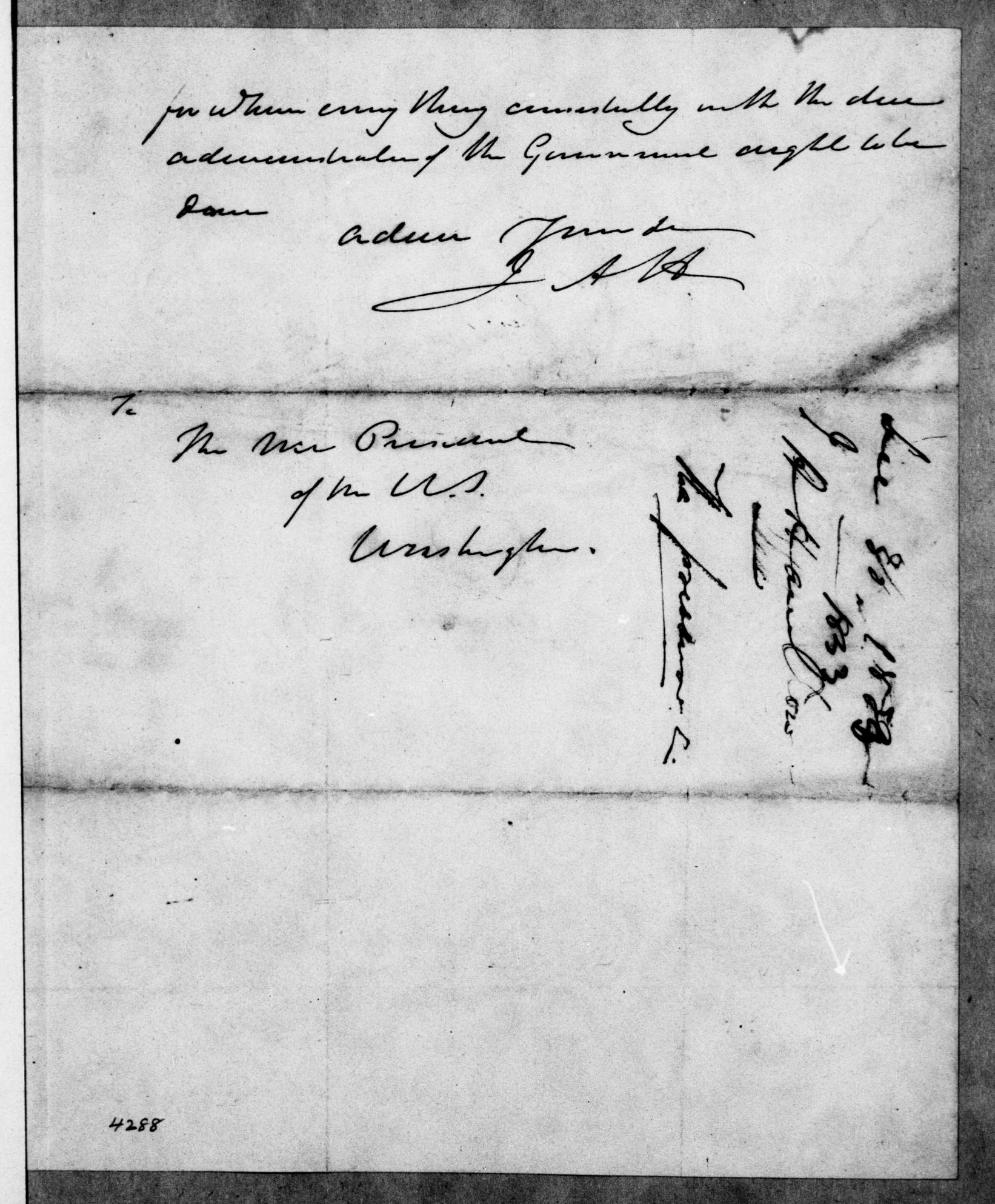