Your speech to the "Senators" on taking your seat on Monday did not reach here till this morning. I have read it & I cannot resist the pleasure it would afford me in telling you, that it is the happiest effort to my <taste> that I have ever known you to make. <illegible> <It> <has> <Excited> universal admiration. An old veteran of 86 years I will not say where, but no friend of your principles Came into my office this morning to tell me how much he admired it, Even “the Spy in Washington" is forced to <reserve> his usual bitterness toward you in speaking of it. Bye the bye I am afraid you are <illegible> to <great> <illegible>. Major Webb met this morng & commend a conversation on this subject He stated (confidentially) that he received a letter from his <brother> this morng. requesting him to strike out of all the letters from "the Spy" any thing disrespectful to you, that he must not permit a <word> to go into the paper in any manner derogatory to your interests. I had a few days previous to this <recvd> an instruction upon the same question ^<illegible>^ of the probable Course of the Wind from that quarter, to which I made no reply. In addition to which Mr Daniel who was formerly the Editor of the Camden Journal of South Carolina & now for 2 months past the Editor of the C <illegible> requested a private interview with me, to which I gave my assent <illegible> but without seeing him <illegible> till yesterday. I met him in the street & he stated the general objects of he had in view in requesting to see me, which no <worthy> man has less than to Explain his unpleasant situation in an Establishment the political character of which he could not respect or at all <illegible> with, though he was not sure that it would not be otherwise. I could not say any thing to encourage a new <illegible> in that quarter, for I can hardly think it useful but I doubt whether it can long be prevented. You have no doubt seen Mr McKeans letter to the Sentinel, & it turns out much as I expected, but as you have no predilections for <illegible> I will not moralize. It may be all right, <illegible> I cannot however look upon it in that light 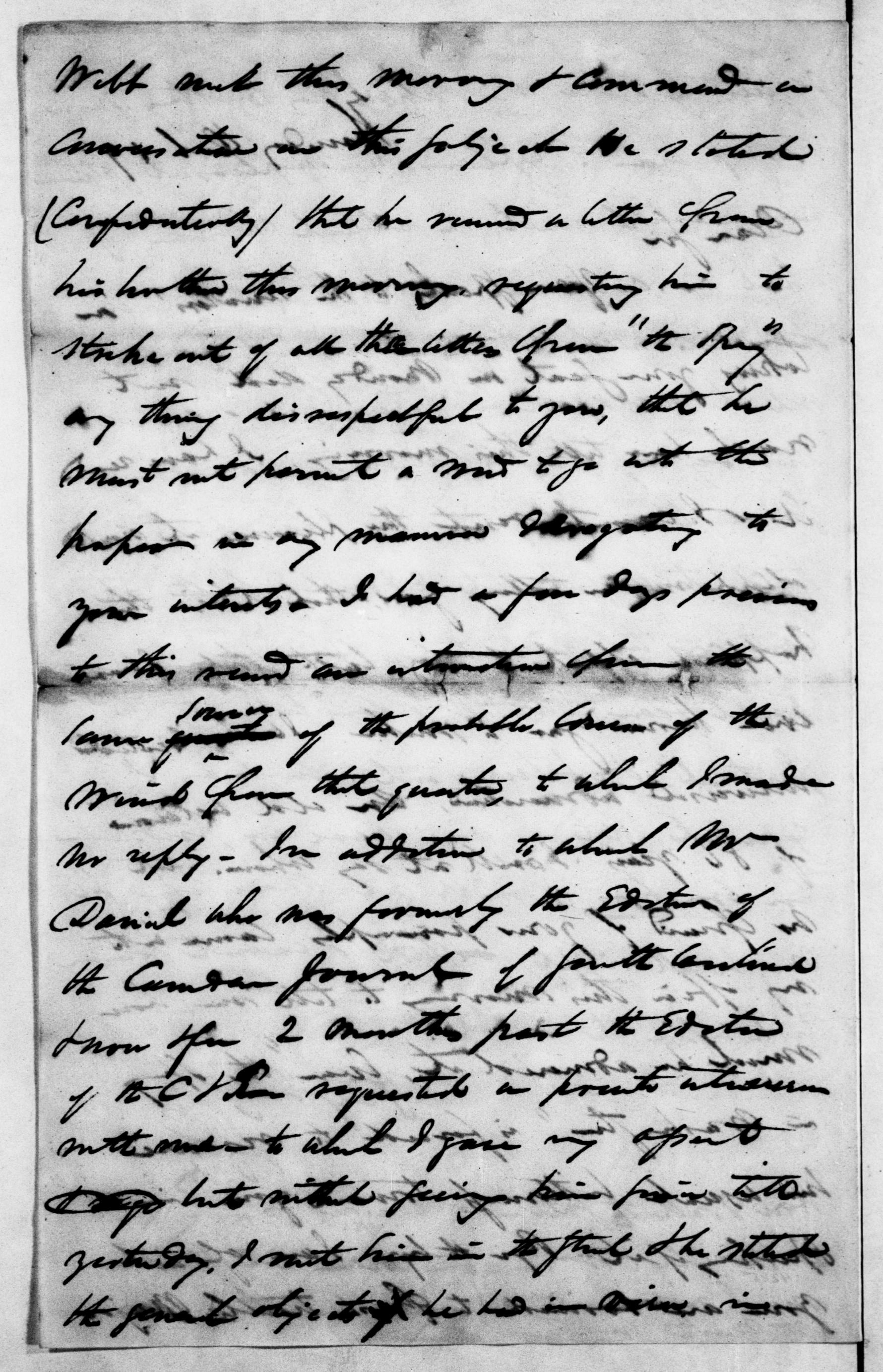 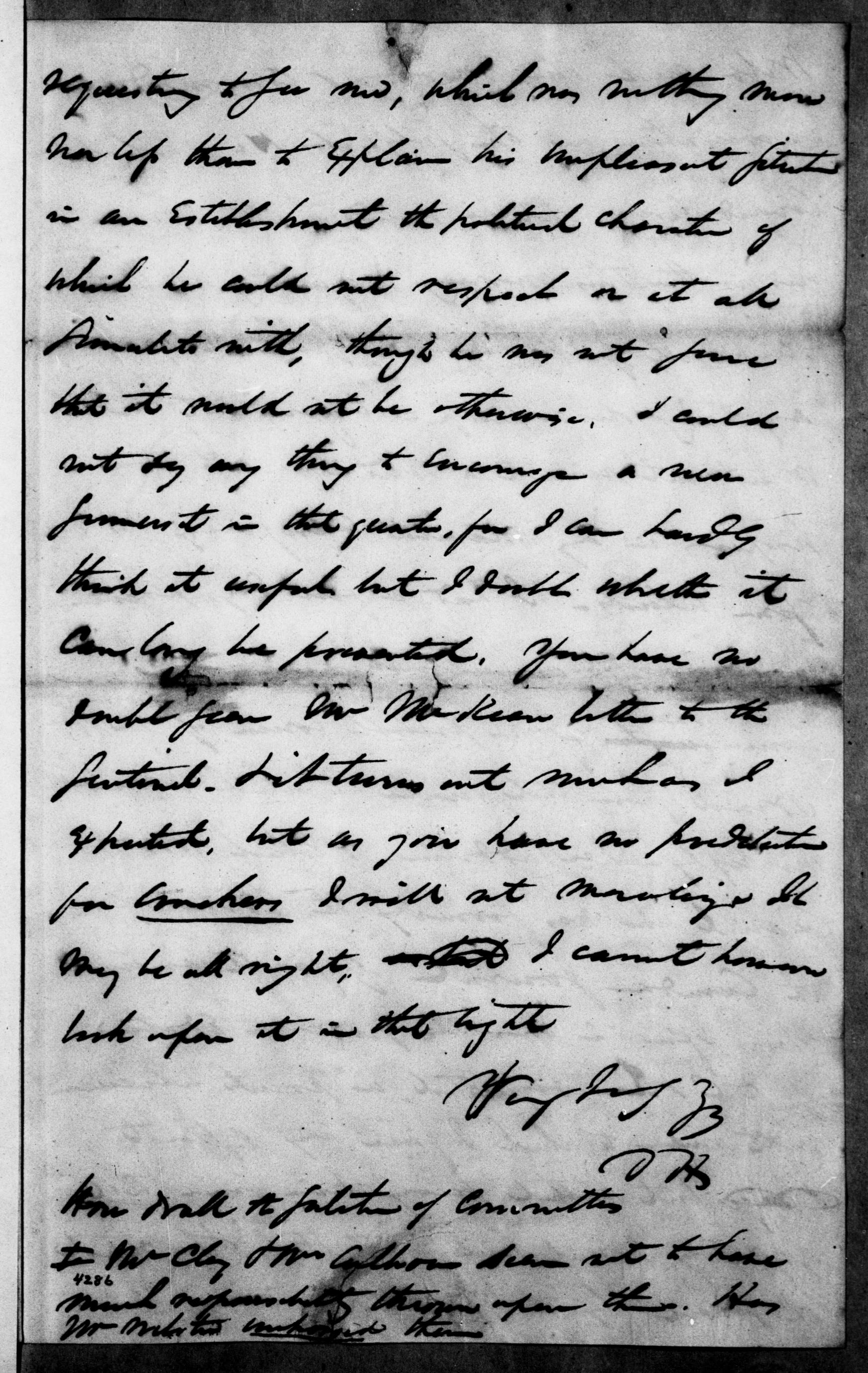 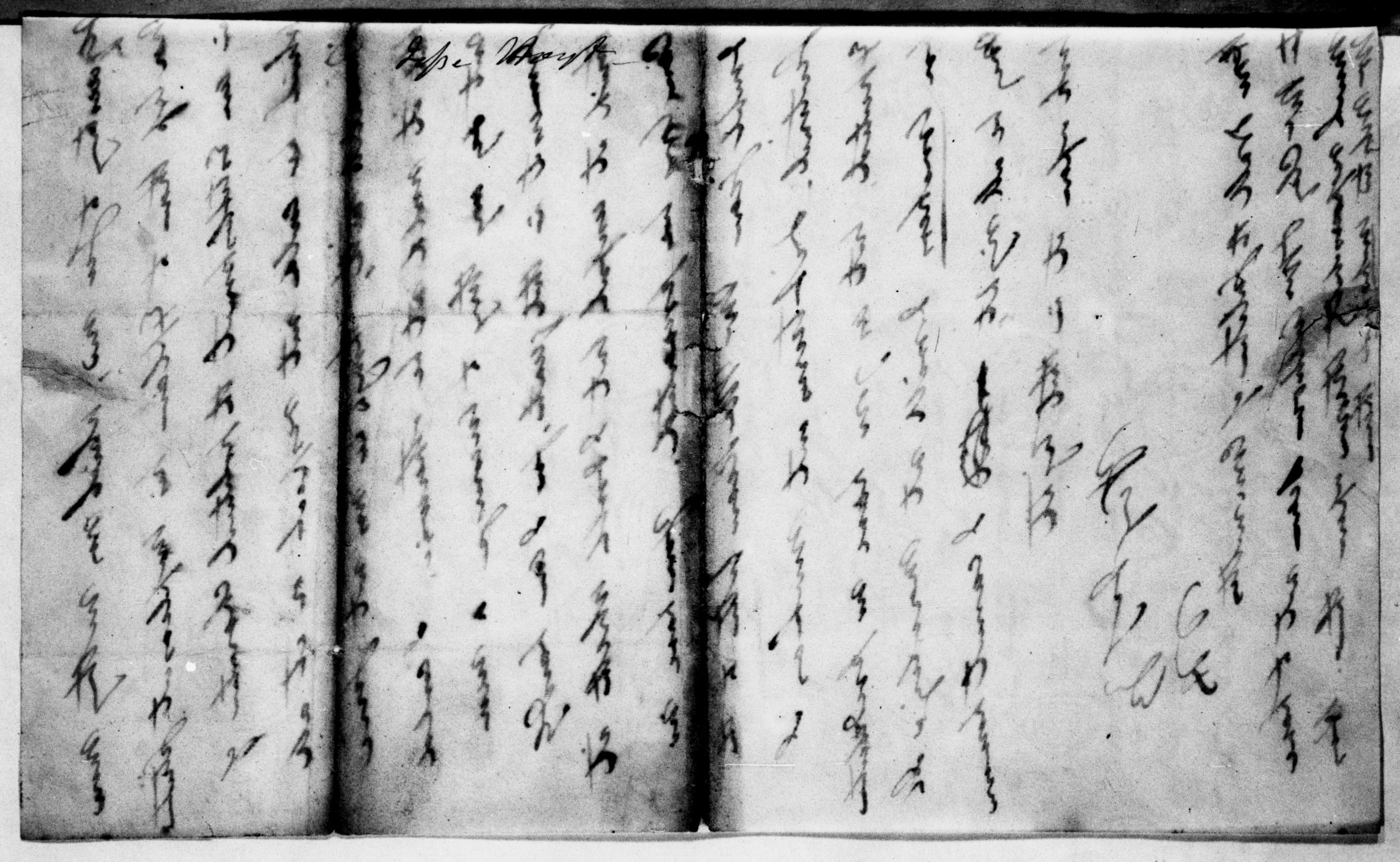