On last evening I recd. a letter from Mr. Butler giving me the pleasing intelligence that he had recd. your letter & would accept the appointment of atto. Genl for the united States. I lost not a moment to have the commission made out for him, and is now remaining in the State Dept. for his arrival, which I expect this evening, from the tenor of his letter. The letter of Mr. Butler is creditable to him. It is a display of that open candor, which always flows from great minds and pure hearts. My Cabinet (now here) are all delighted with this acquisition to our strength. Mr Taney truly so. Providence is always kind to me & orders all things for the best. I am relieved from the embarrassing question that would have arisin[. . .] in Pennsylvania. Your note on this subje[c]t is committed to the flames, & your injunction observed.

Judge White has arrived, visited me and was very anxious to have seen ^you^. I told him you would not be here until the 15th. proximo, that you concluded this would be most proper as you ^he^ would have the power to appoint the committees, that if you took your seat they would have to be appointed by ballot. The judge appears in good spirits, and in good humour with us all, and I have no doubt will act his part well.

I have to ask your forgiveness for opening & reading the enclosed. It being addressed to me on the putside, without noticing the address within, I, as I am too much in the habit, tore it open & never discovered the mistake until I had read part, & I continued to read the whole.

Major Donelson has been quite sick, is up again Emily not returned from Baltimore. I need not say we are all busy here. All unite in kind respect to you, & your son John & Martin, & believe me 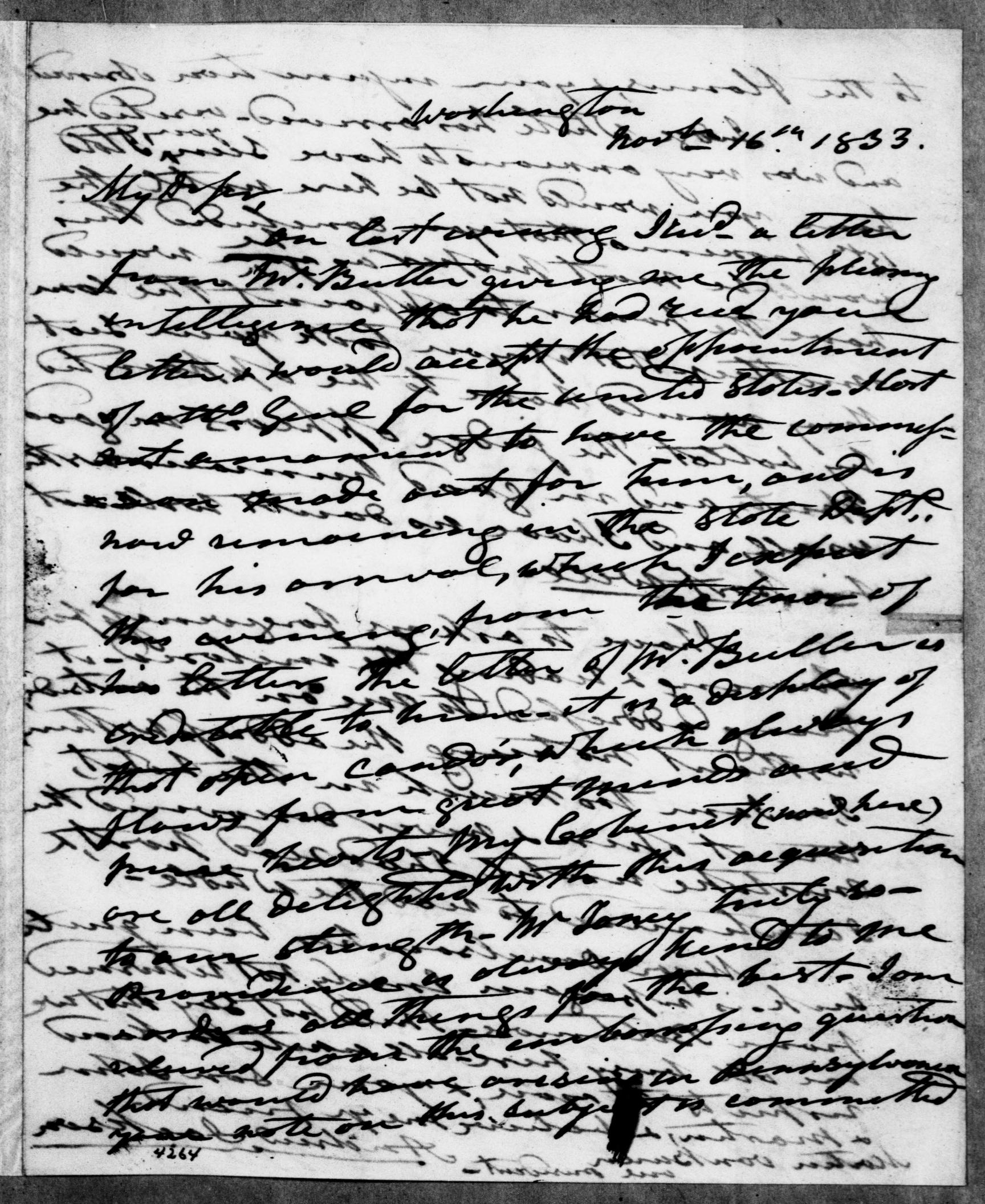 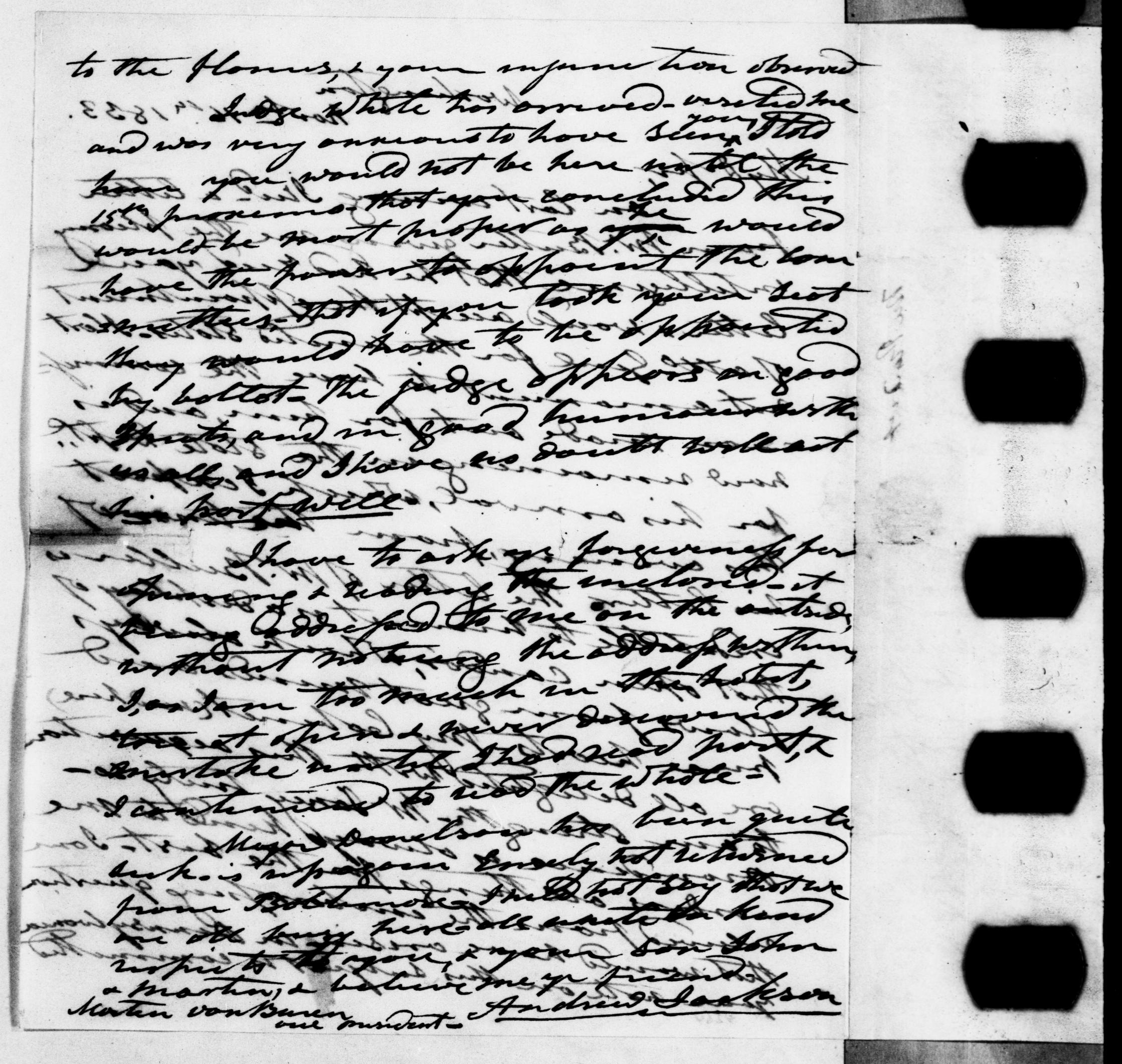 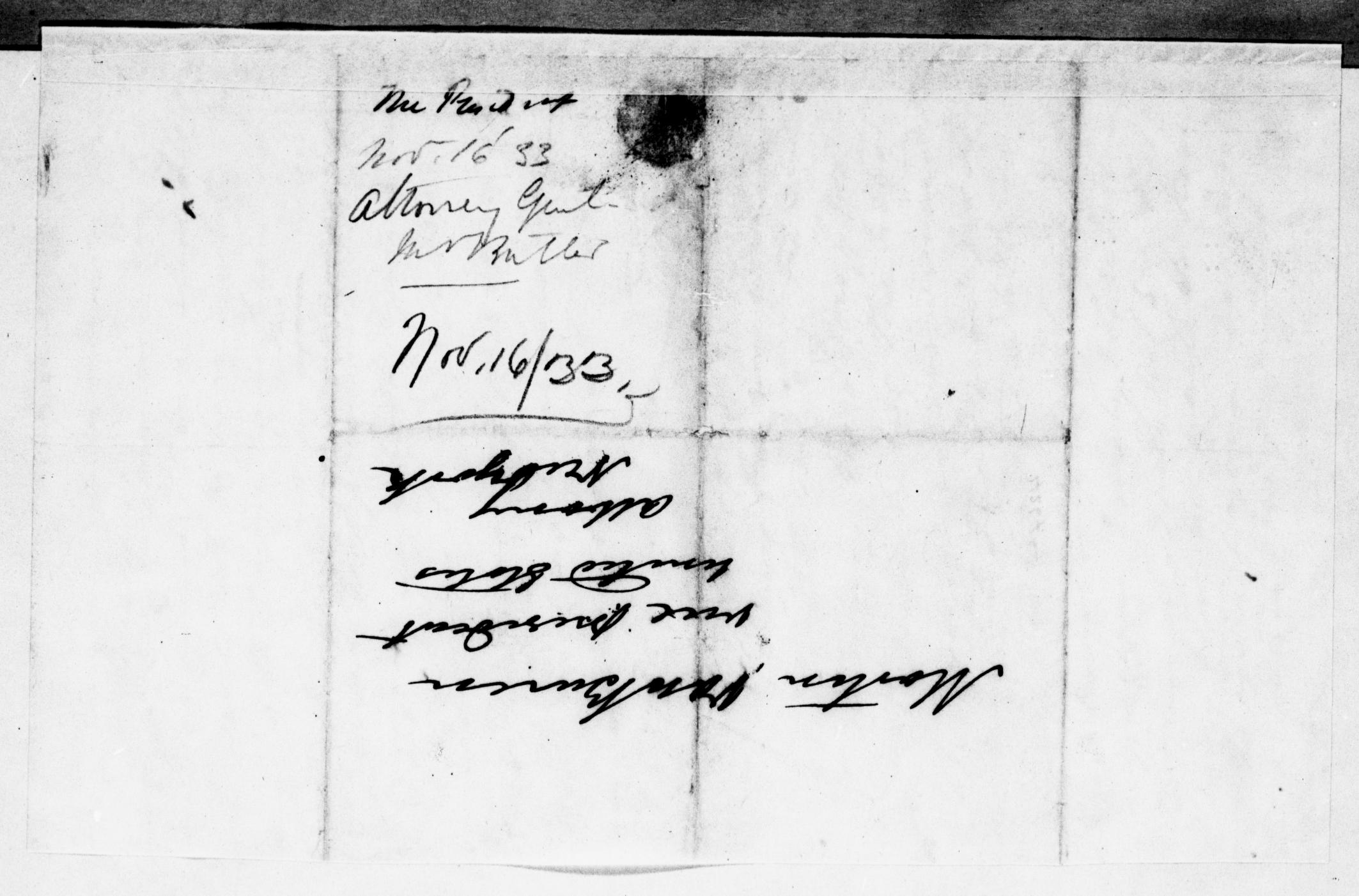