Yours of the 27th is just to hand. It is gratifying to me to learn that my friends approve the course I have adopted. My duty to my country, & the perpetuity of our happy republican government dictated the course which I have adopted & if the people do not sustain me, then indeed a private station is the post of honor.

I am quite unwell to day, have had fevers for several days particularly in the night. Nothing but the excitement has kept me up, and to add to my perplexities, the Globe has come out with an explanation of the proclamation which require none. I spoke my sentiments fully when the true <disposition> was given to it, which the instrument itself declared, not the interpretatio[n] which the nullifiers choose to place on it. The folly of explanation at all when 99, out of every hundred approved it was useless. When an improper interpretation was given to it by the nullers & seceders, it was well enough to meet, & expose the falsity.

I have written to Genl Spaight, and caused a letter to be written to Genl Saunders on the subject of judge Ruffin. His talents & opinions on some cardinal points must be had before a determination is made. I have had too much perplexity in my cabinet to permit any but those of the true faith to come into it. I have made such inquiry as I could with regard to Judge P.’ oratorial opinions powers, have not been able to obtain as yet satisfactory information on the subject-will take time.

I would be happy to have you here as soon as it will comport with your convenience. Your views is always grateful to me. They are like my own, always based upon the just grounds of the <illegible> prosperity for our country & the general good. I have therefore a desire that you should be here to aid me in carrying into effect the great work now in execution Mr Taney is a <host>. His energy combined with his clear views will enable him to carry into effect the change. He has taken the precaution to place in the hands of the state Banks the power of drawing one million from the U.S. Bank if it makes a run upon them, but only to be used in the defensive. A good general will always keep his enemy in check. We have the Bank now check mated, will treat he[r] gently if she behaves well. I am obliged to close. All unite in good wishes to you. 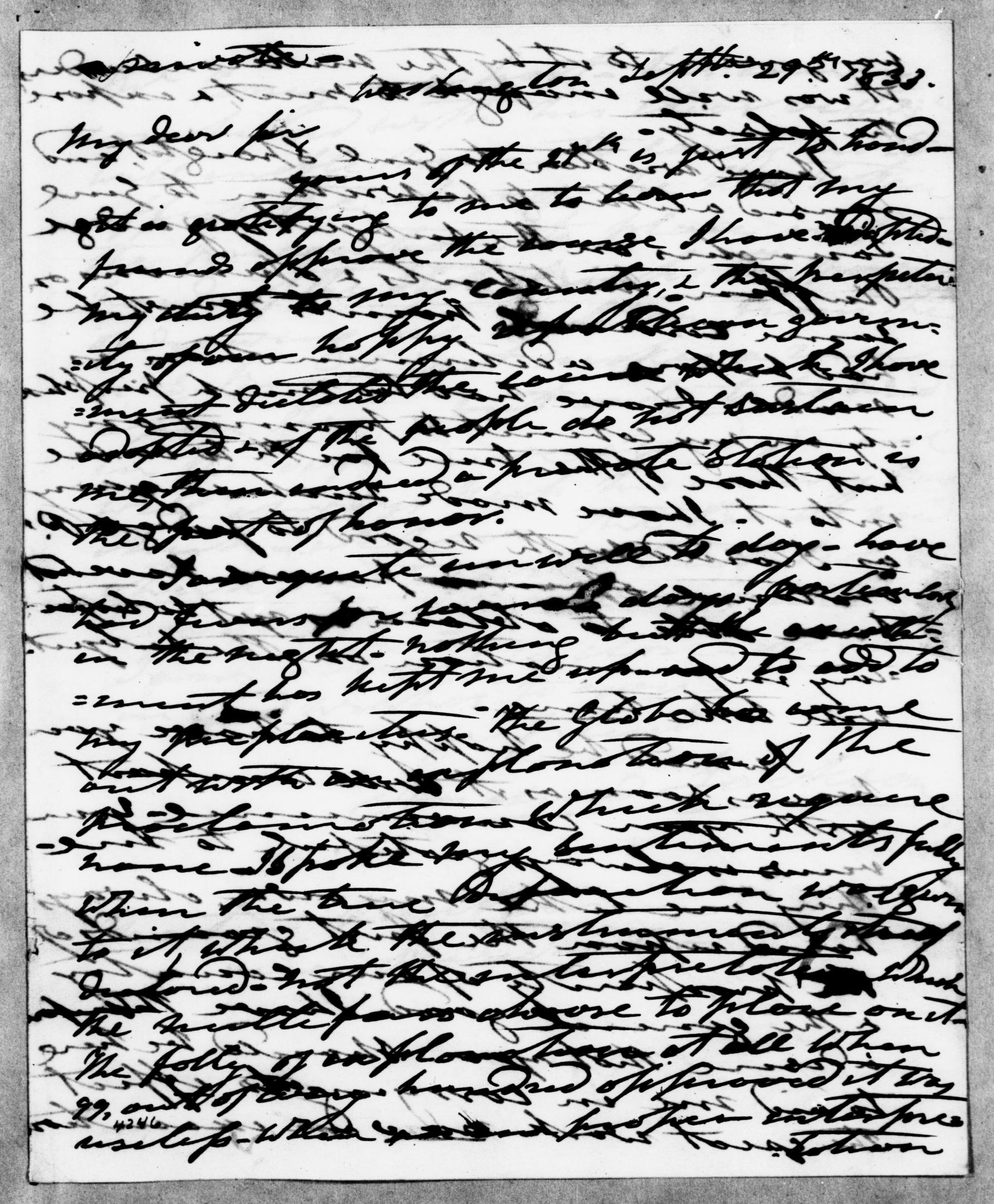 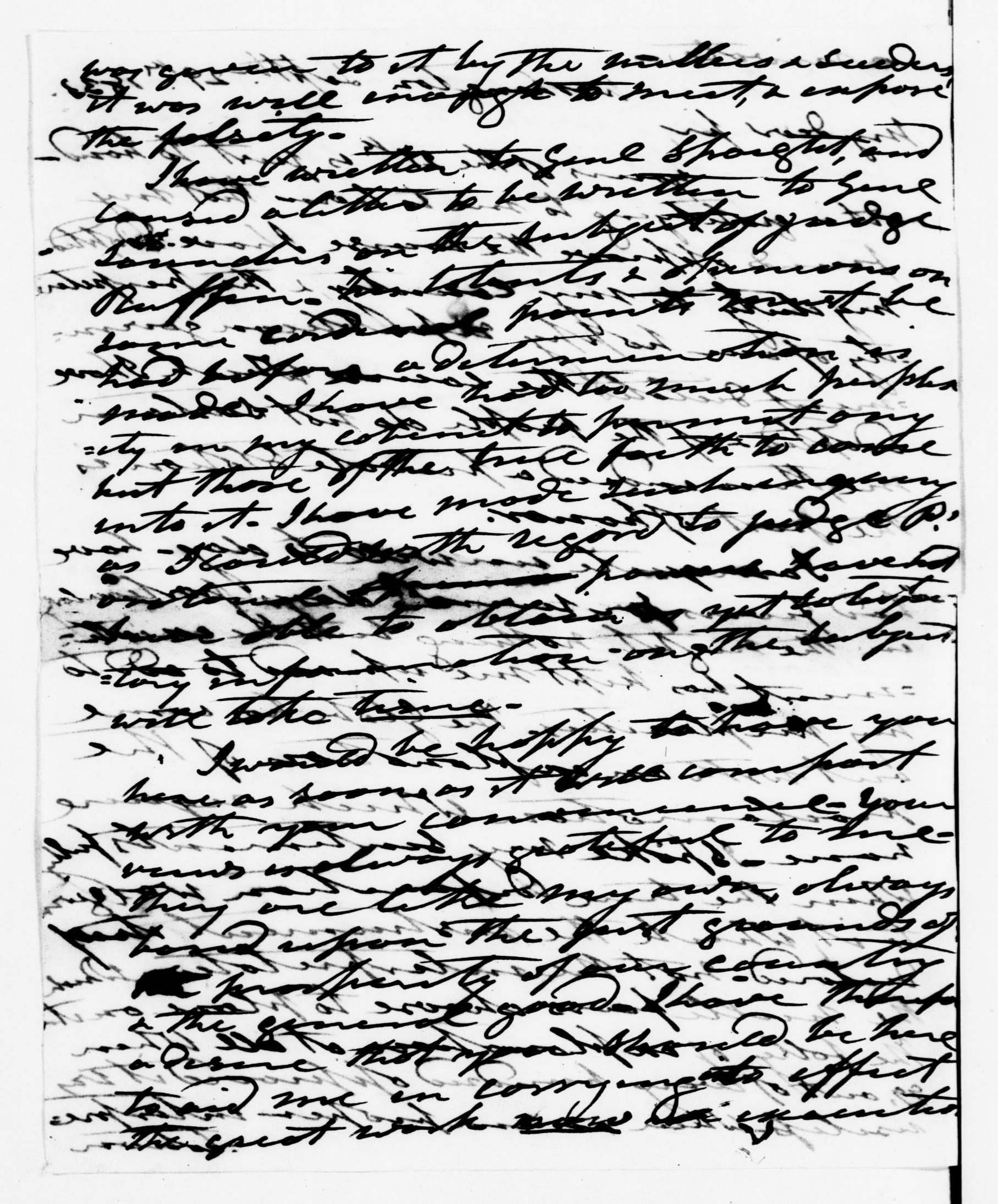 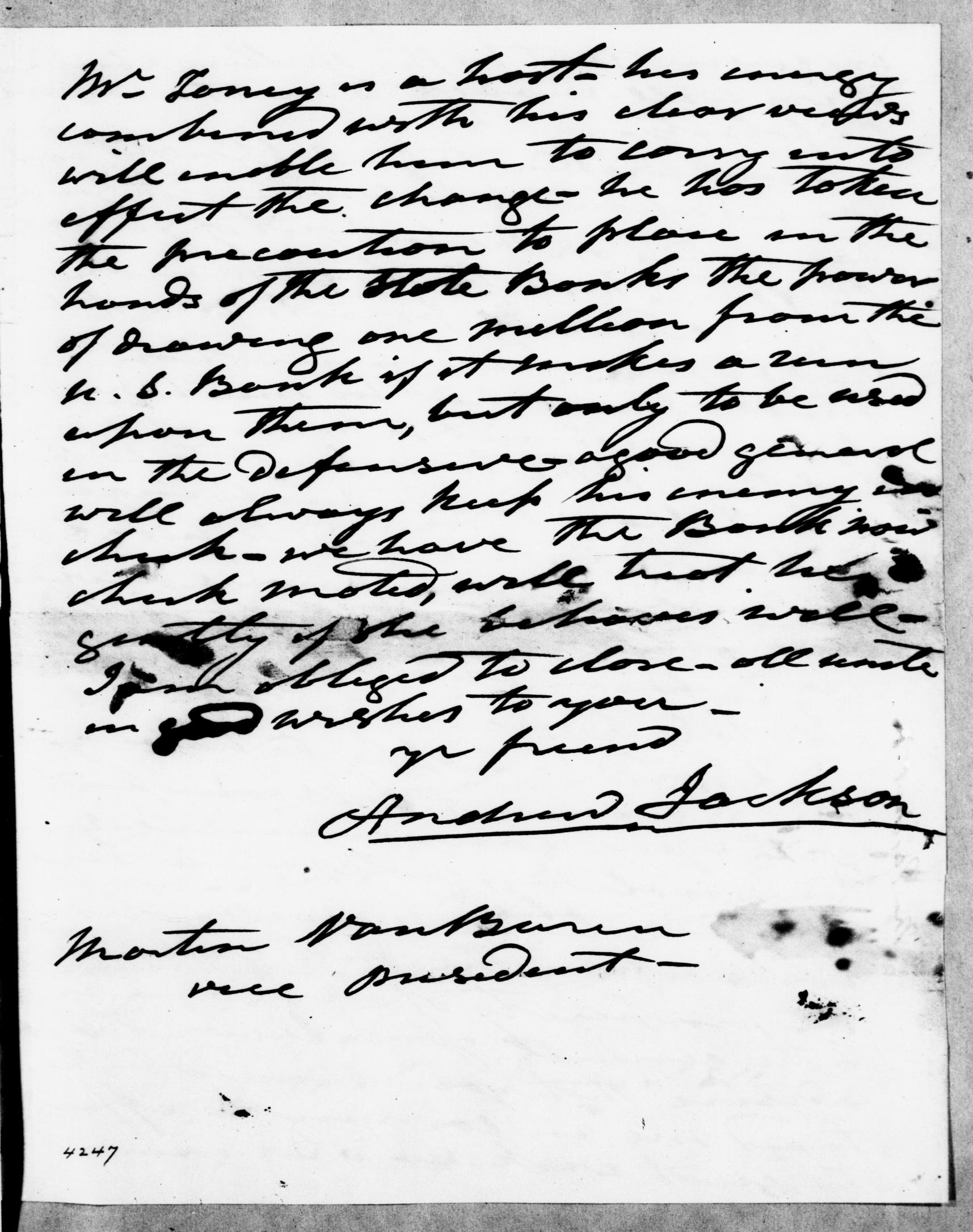 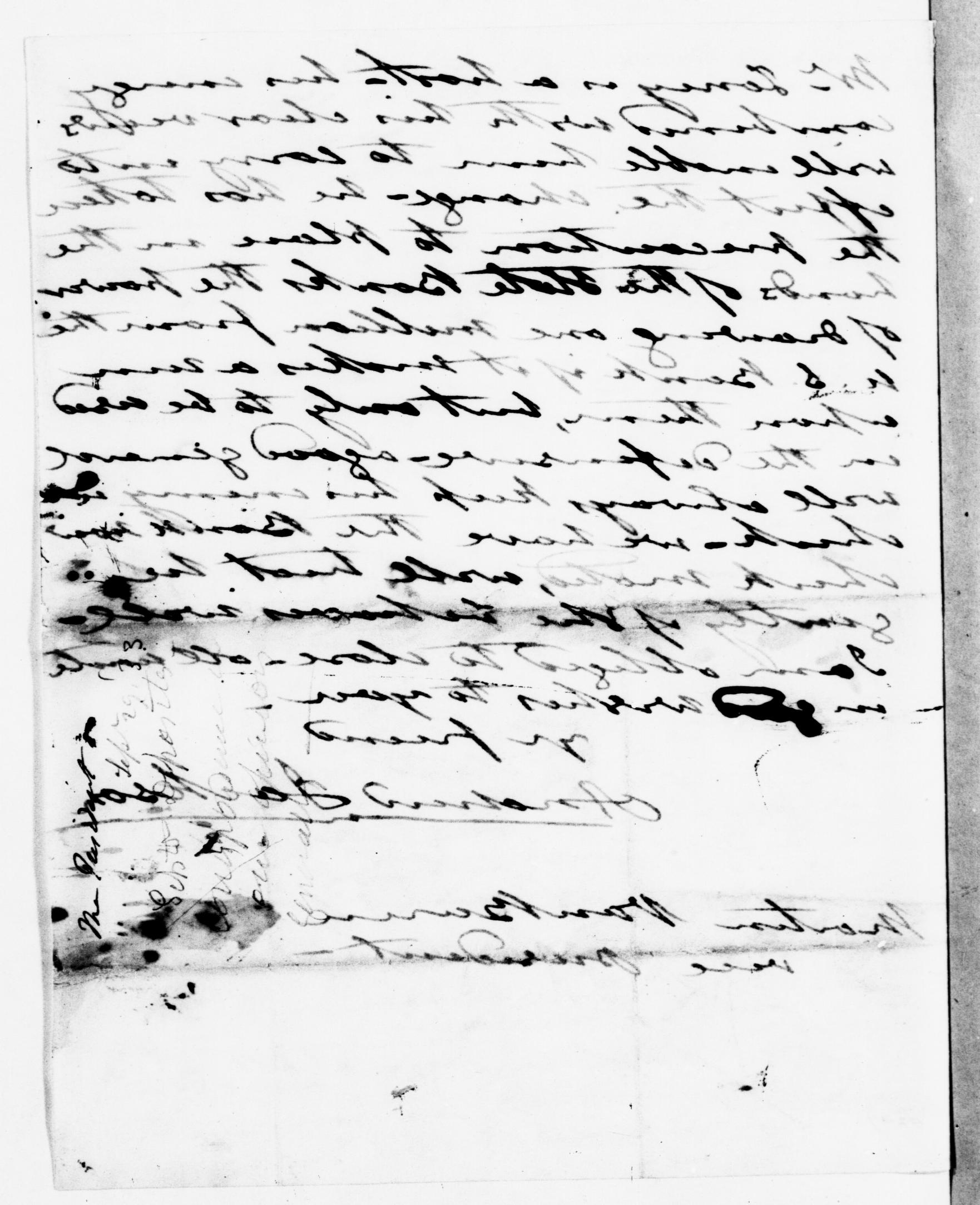 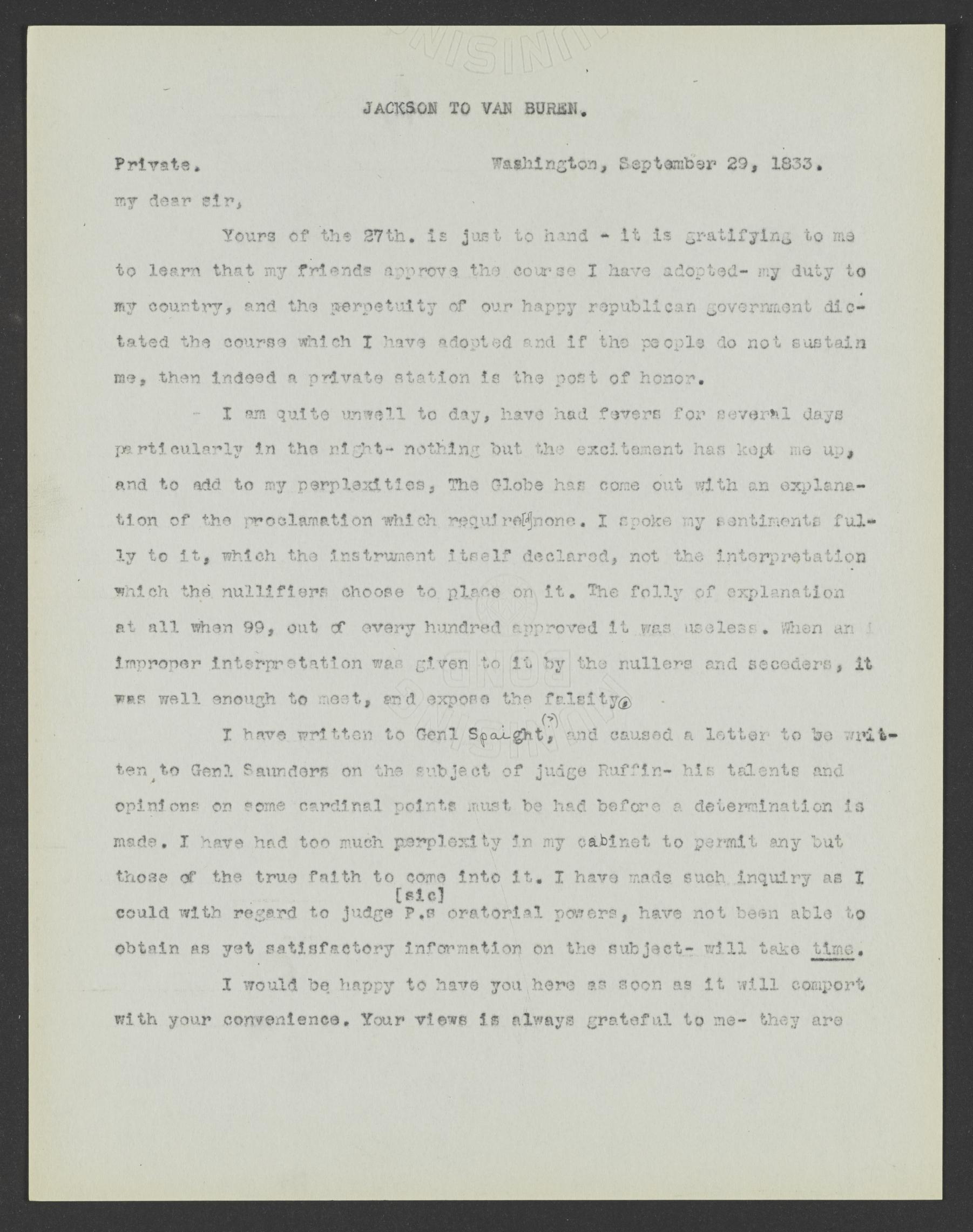 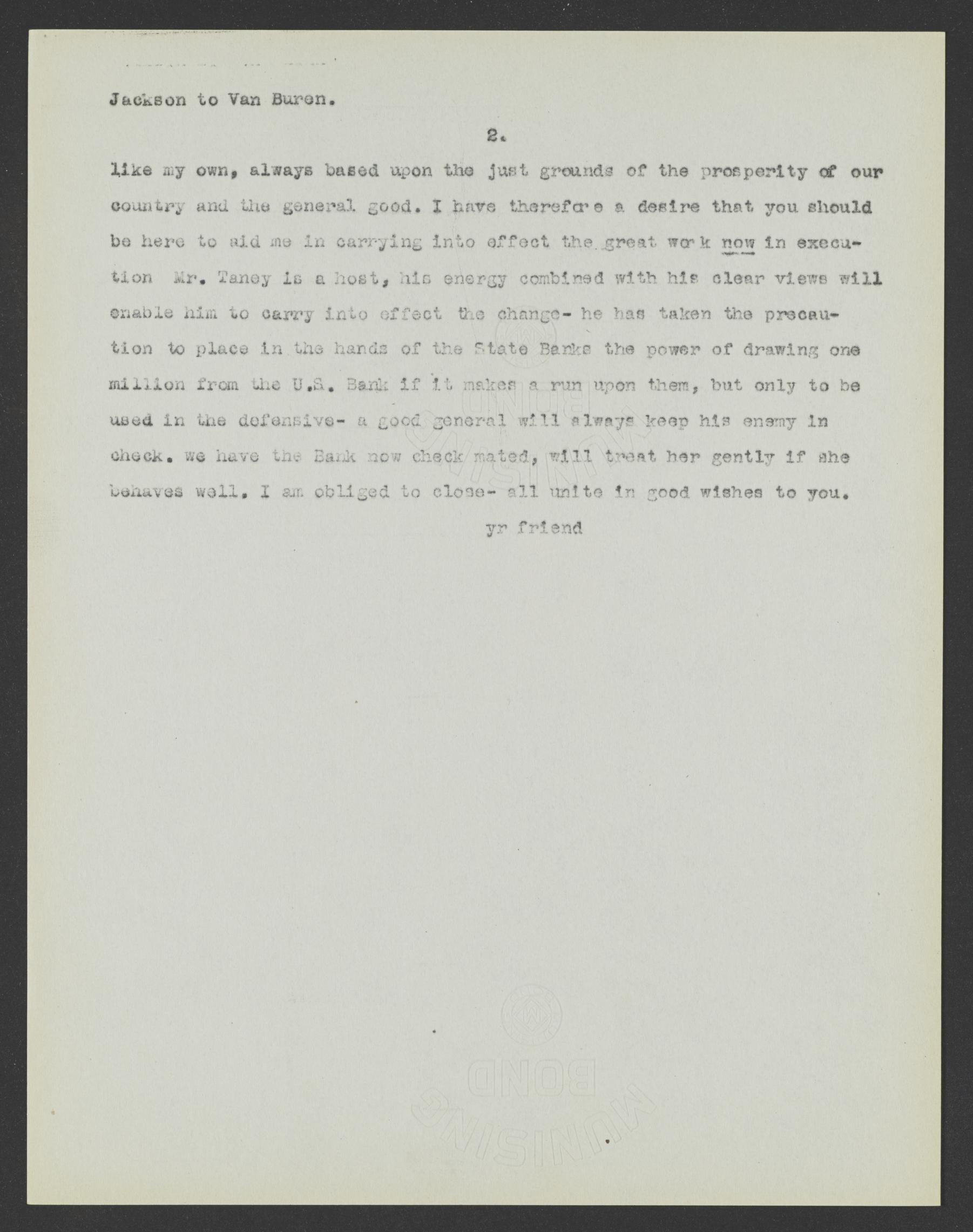