This will be handed to you by my friend Mr Irving, who continues to cherish the same exalted feelings of respect for your conduct & character that which he has ever entertained; & who ^Mr Irving^ although he does not mingle in politics, has had good opportunities, recently, to observe the state of the public ^mind^ in regard to recent events. In consequence of Mr Irving’s being under the necessity of going south I shall give up the rest of our tour, & remain here for a few weeks. I shall therefore be in striking distance of you and ^we^ can communicate by letter every 24 hours. I have read the expose with the very highest satisfaction It contains ^is^ a most happy compound of all the various matters which you had before stated with new & important considerations, the whole expressed with extraordinary clearness, & dignity. Its effect upon the public mind, has, I learn been equal to its merits. The whole truth upon that subject is stated in a word. All the Democrats who are honestly attached to your administration, with not a single exception that I hear of this quarter, <illegible> <illegible> are enthusiastic in their support of your conduct & they are joined by very many candid upright & some who are feel ^a^ personal interest in the matter of the opposition. Upon the subject of the attorney Genl. let me beg you not to be in haste. As you say truly no more mistakes ought to be made. In respect to this office particularly there is no necessity for haste, as Mr Taney will cheerfully attend to its duties in the interim. I shall write you again tomorrow as Mr Irving is upon the point of leaving me, & I have just had time to read your letters. I learn with extreme regret of your continued indisposition and of that of the children. I was in hopes that you had quite recovered. Accept my best prayers for your and their improvement, & remember me affectionately to Mrs Donelson & Mrs Jackson, the Major’s Donelson & Lewis & to my friend Earle &

believe me to be 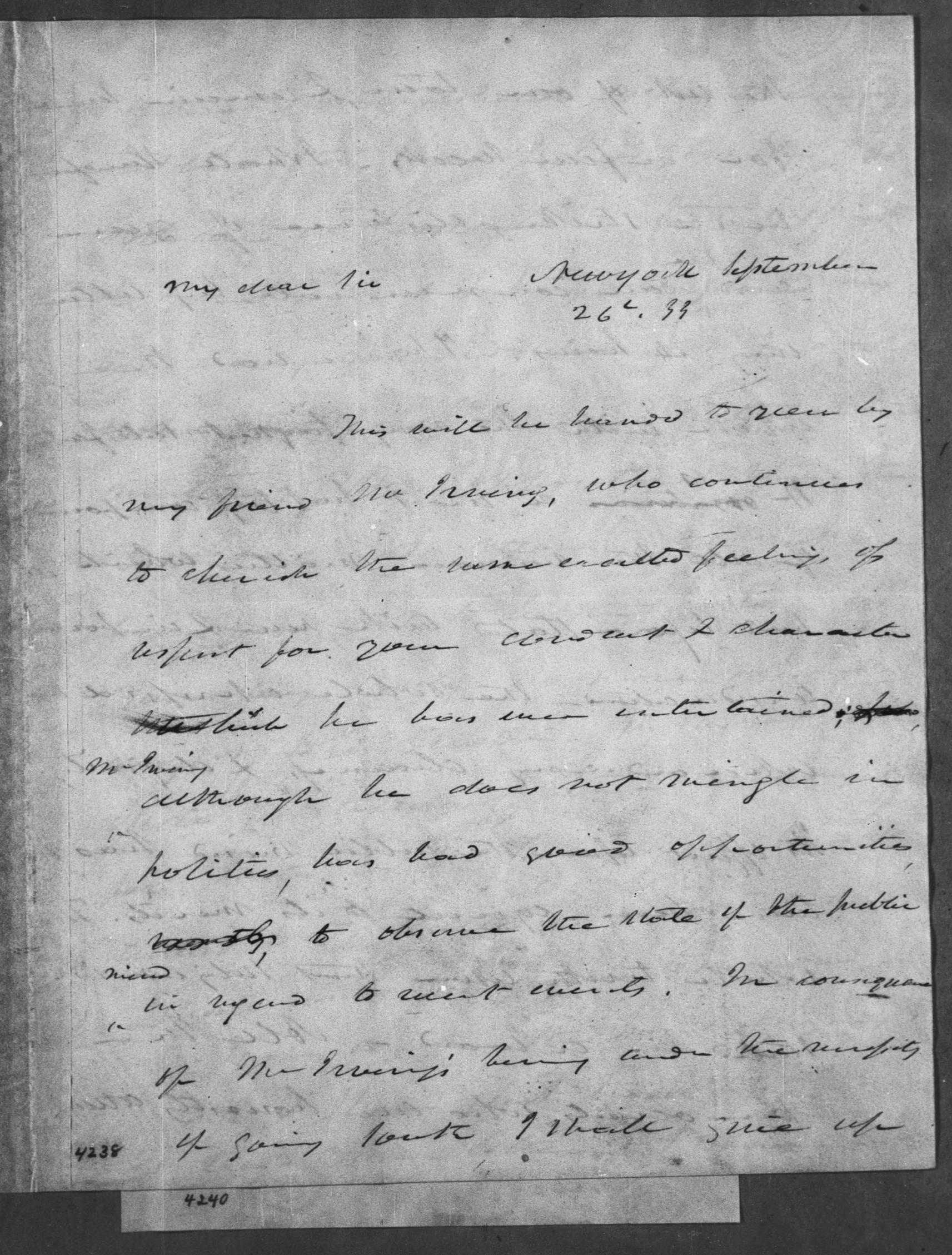 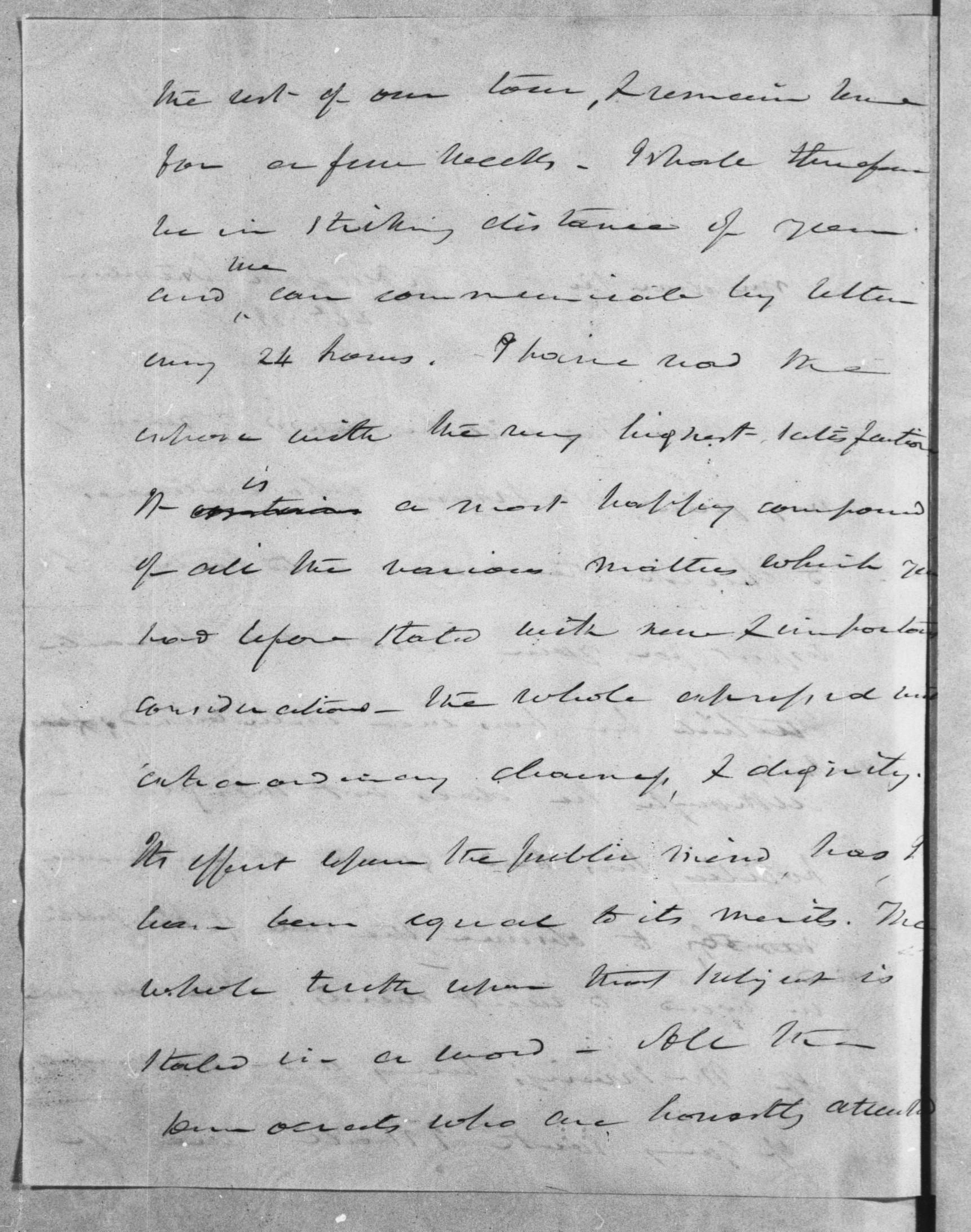 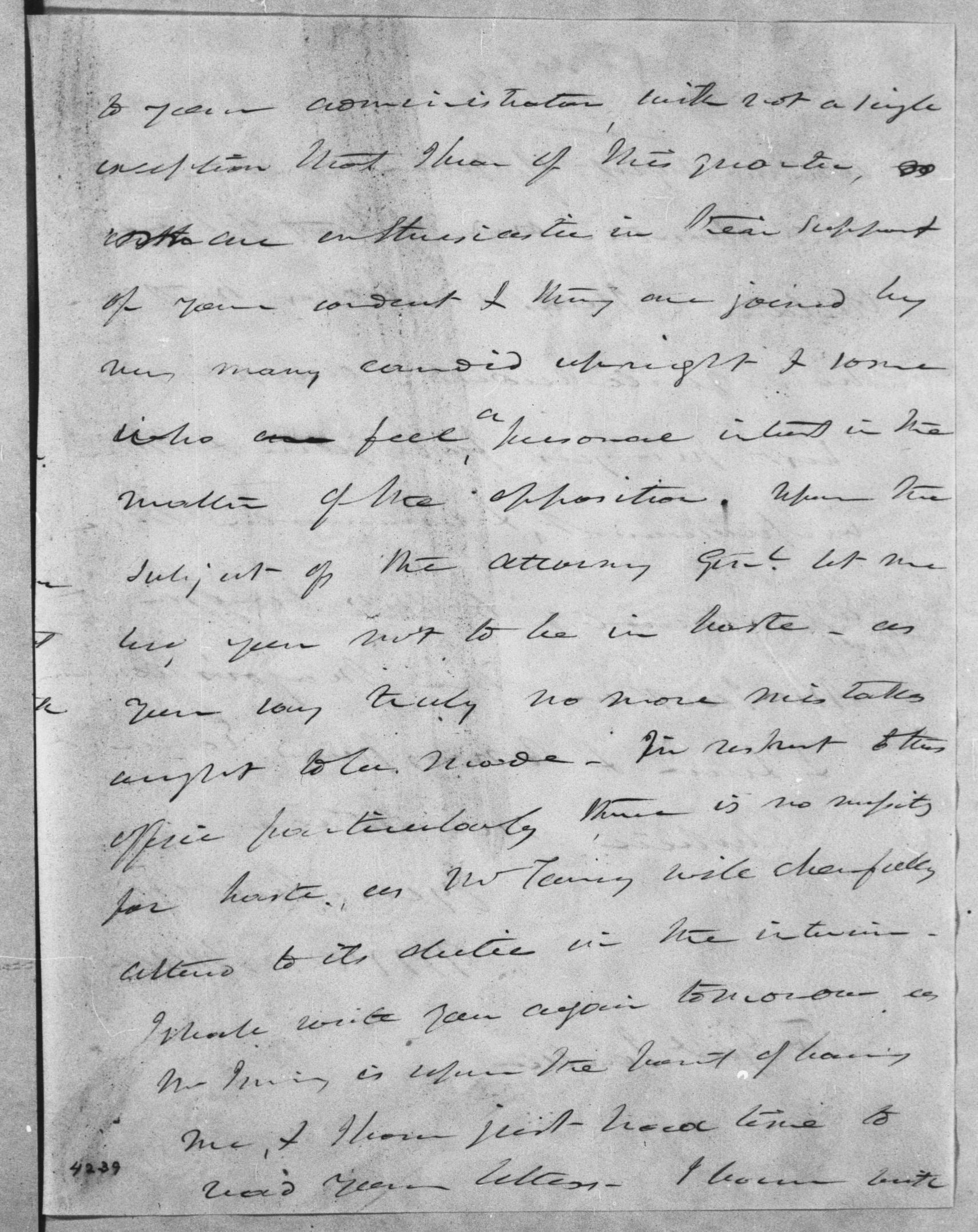 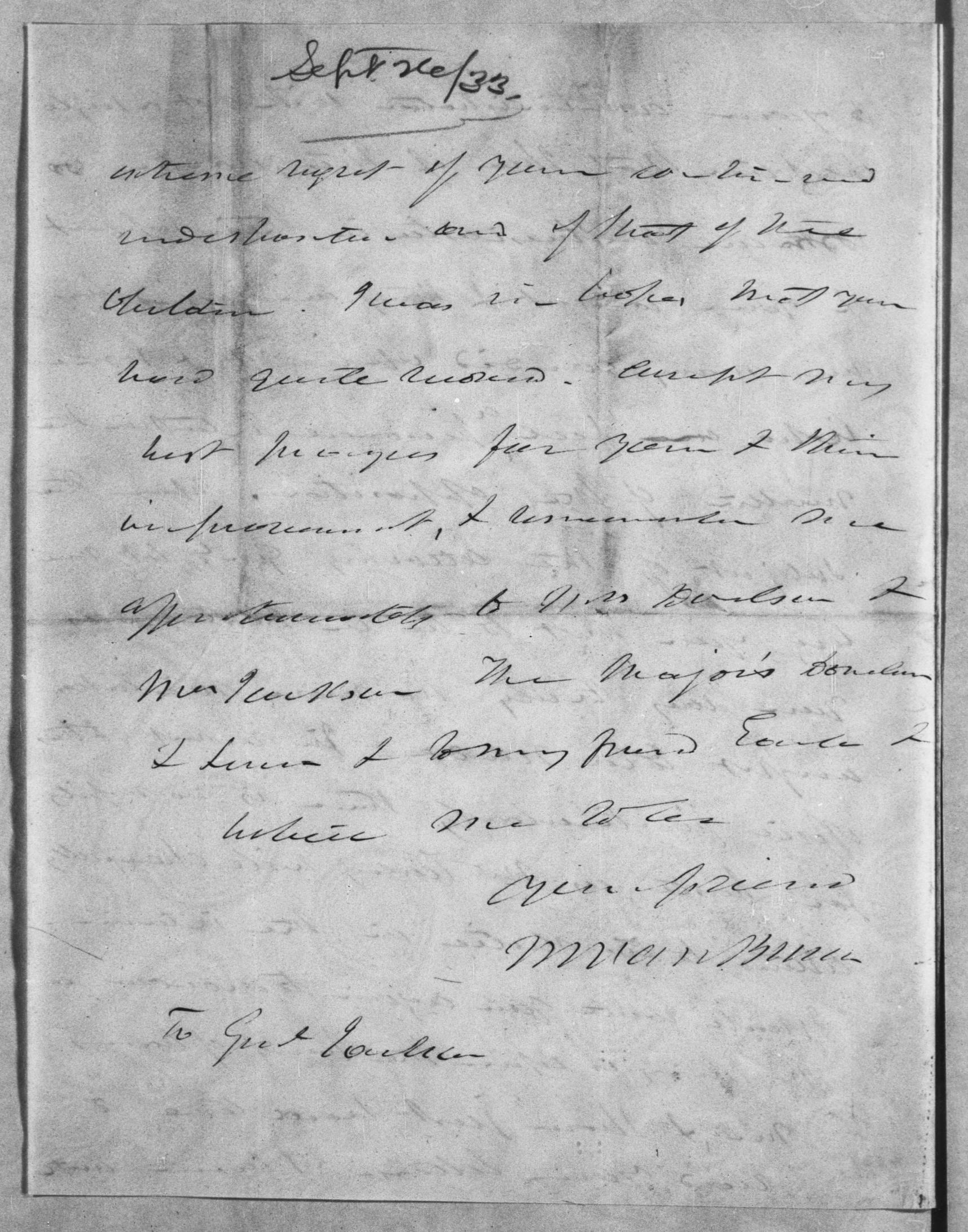 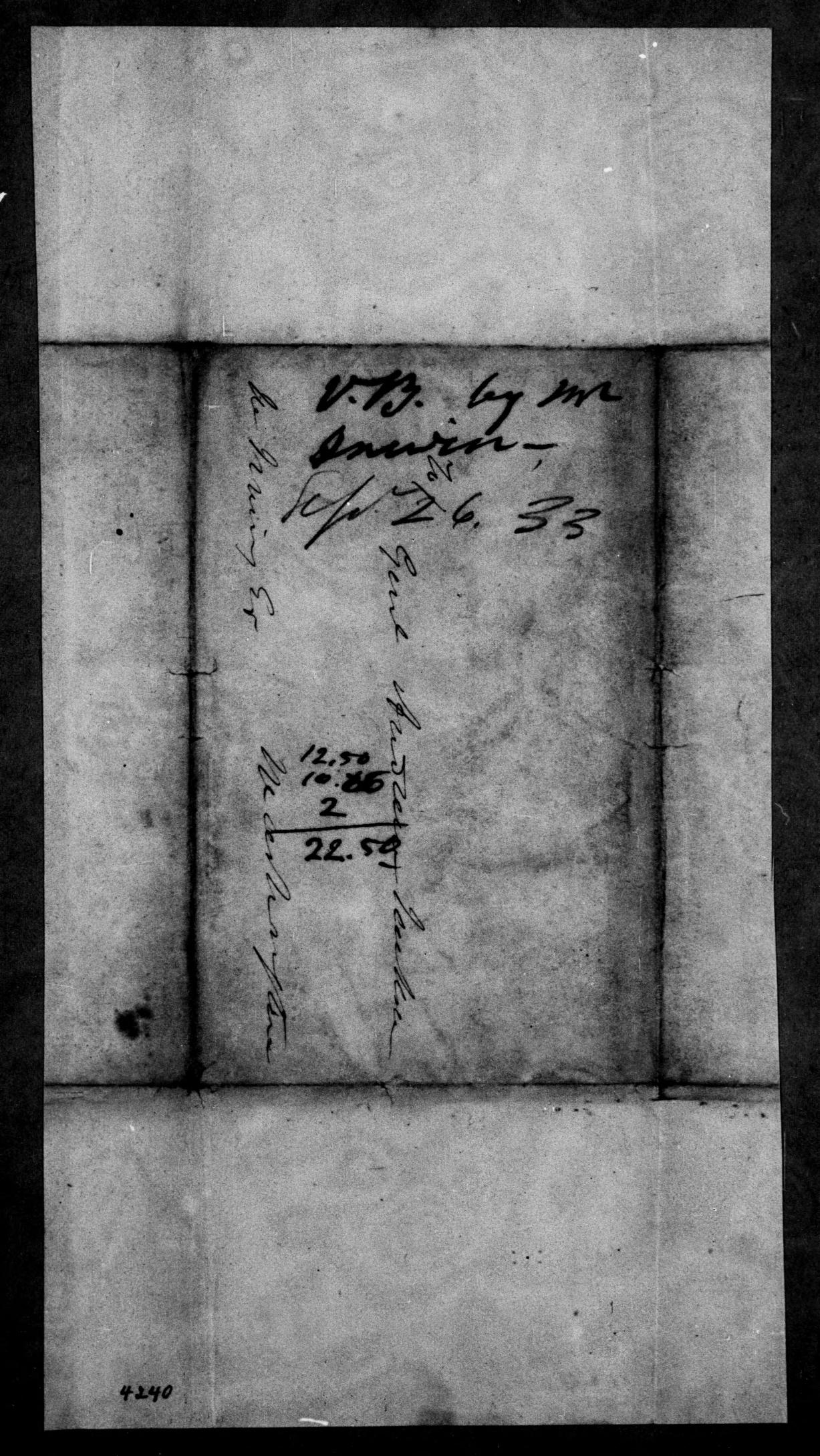 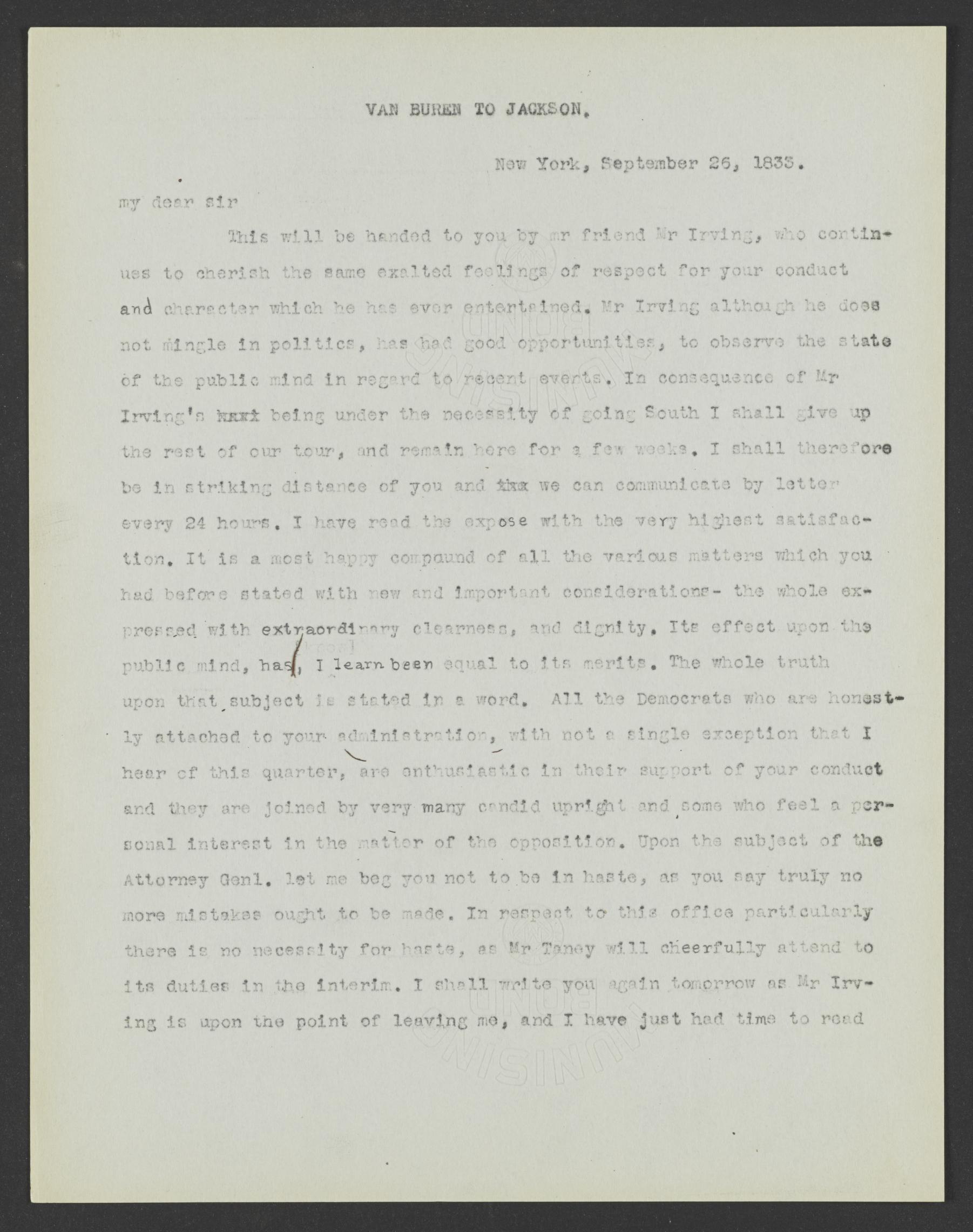 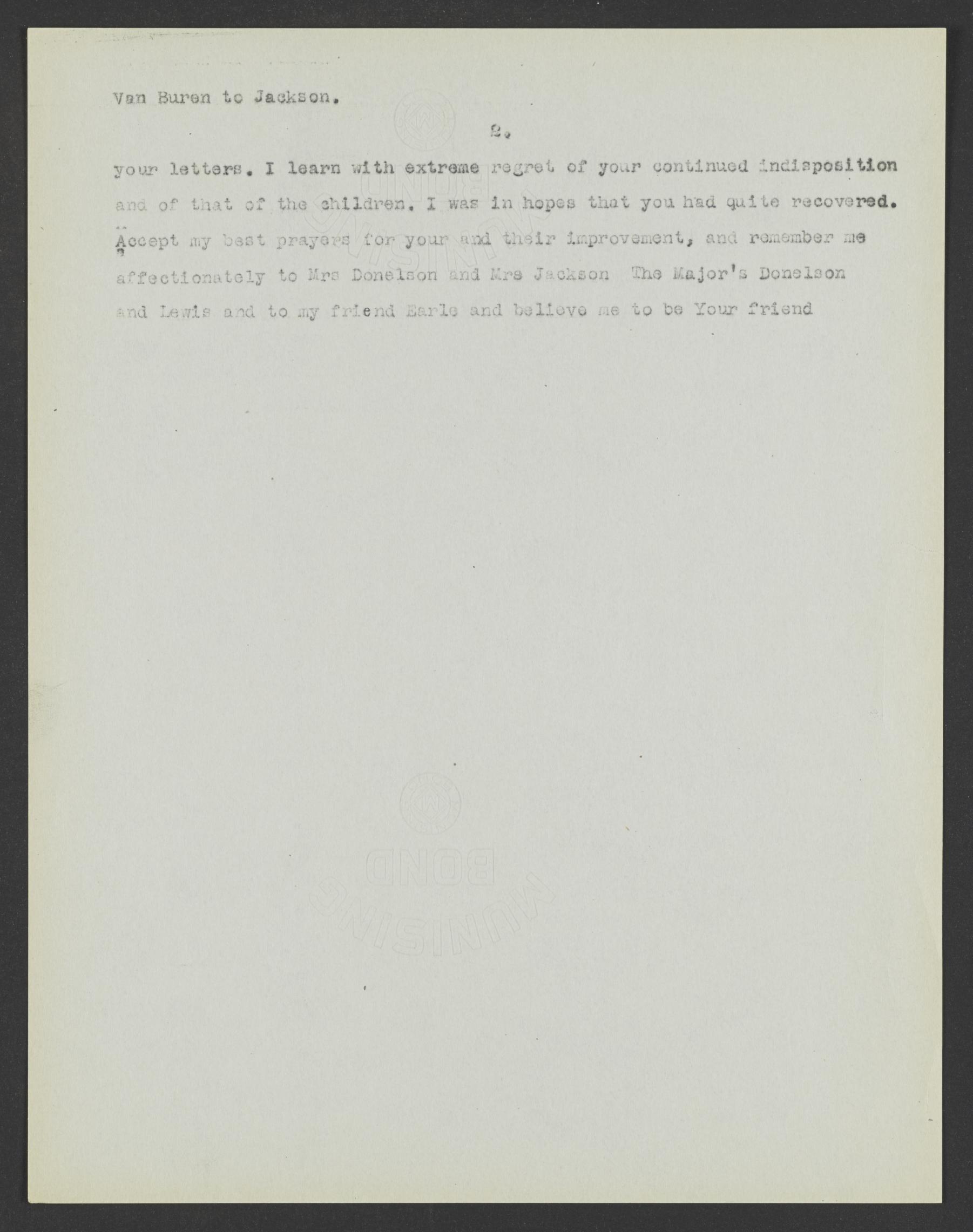