The Globe of tomorrow will give my views on, & reasons for, the removal of the deposits. This became necessary to counteract the gross misrepresentations, that were circulated, and that the full view of the case should made to the people & their representatives before the meeting of congress, and it was thought, by three of my Cabinet, that as Mr Duane had this paper in his possession for two days, that it was best to go forth with my name as it was presented to my Cabinet when <convinced> for the purpose of hearing my determination on the subject. It has so been placed before the public. Read, & give me your opinion.

Mr Duane, after having my ultimatum two days, handed me his determination in writing. From the bulk, I told him I ^did not^ want, or could I receive any other reply, but his determination, whether he would as sec, of the Treasury carry into effect the measure of the Executive, or not. He said he could not, nor would he resign, that I must remove him. I said, that I hoped, from his former letter he would not place himself in such unpleasant attitude. If he did, I would remove him. He left me apparently very friendly, requesting I would read his paper. So soon as he was gone I opened it, and it was more offensive than his first. I returned it to him with a proper, calm, & dignified, note. He replied with more decorum but I had prepared a note advising him, that as secretary of the Treasury, I had no further use for his services, when Major Donelson recd a note from him acknowledging the impropriety of this course & requesting a withdrawal of his last note that he might, under his fathers advice, ^who had just arrived,^ write another. The letter was returned & I hope early tomorrow to get clear of him. He is either the weakest mortal, or the most strange composition I ever met with.

We are progressing with our arrangements & I hope to have them completed by the first of october if not sooner.

I am quite unwell to day with a violent head ache. I would like to kno[w] when you return to Albany, that I might address you there.

Mrs. Donelson has been quite unwell, is up again, but her little son and Sarahs little daughter, are both unwell, the Town quite sickly. 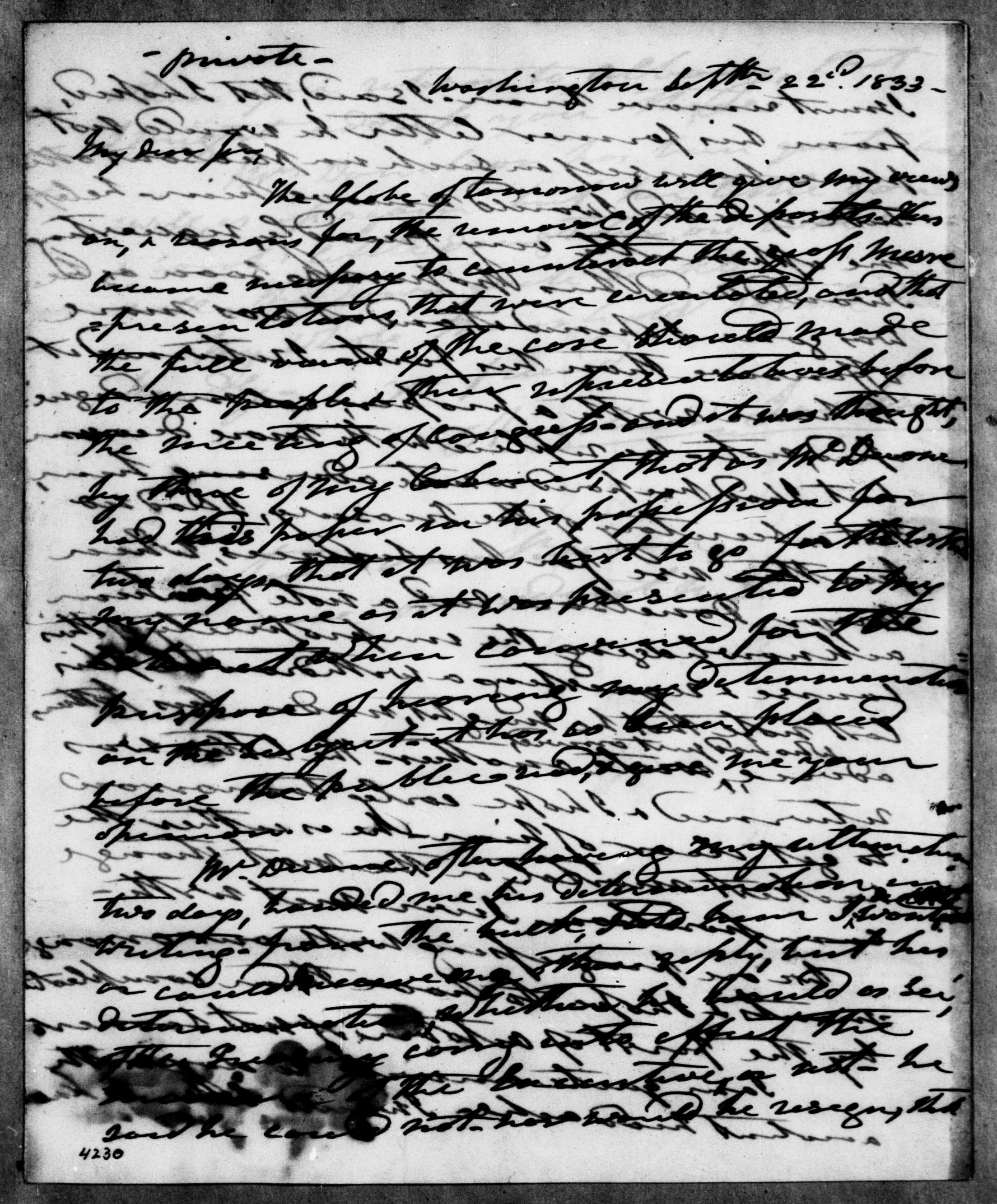 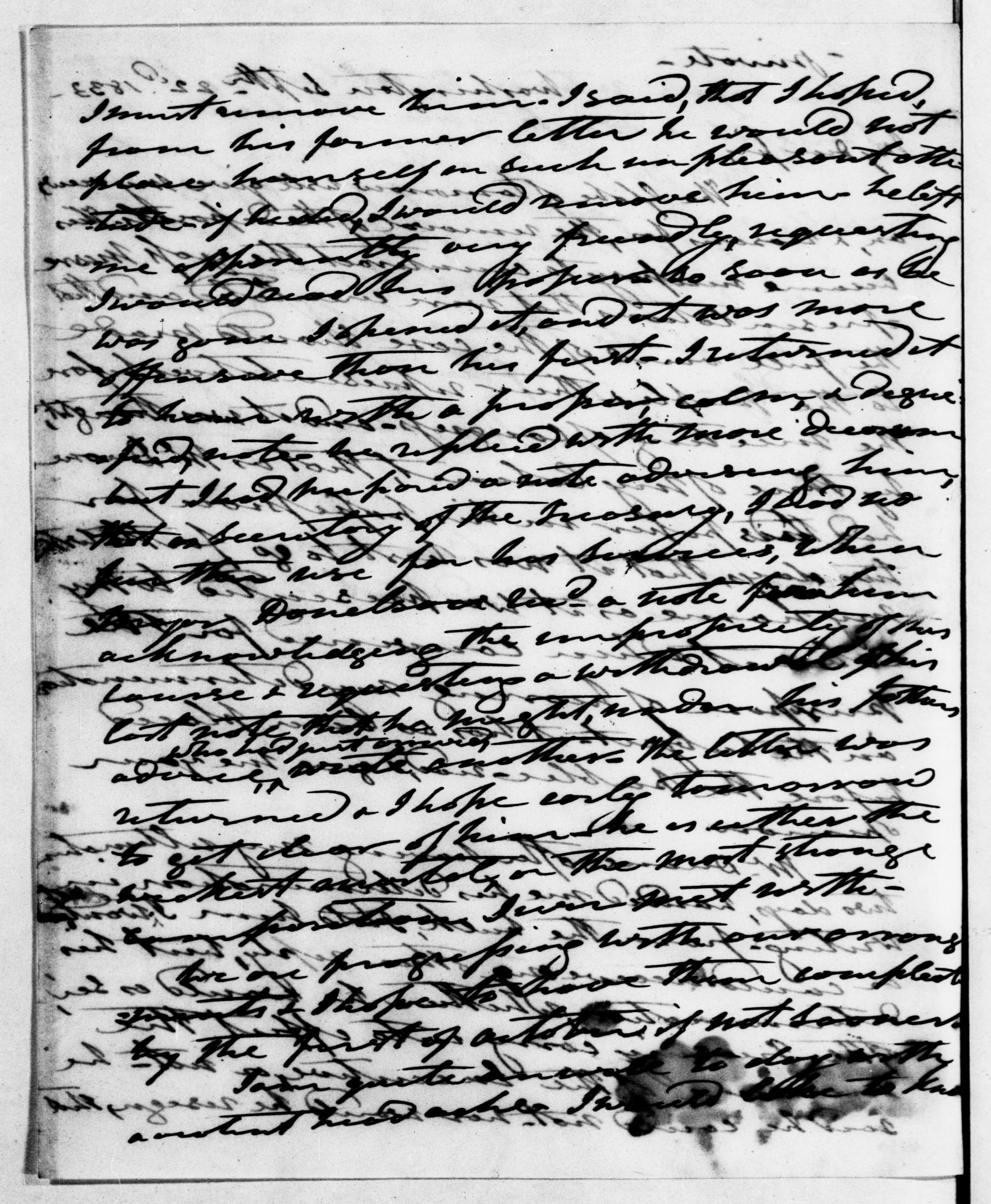 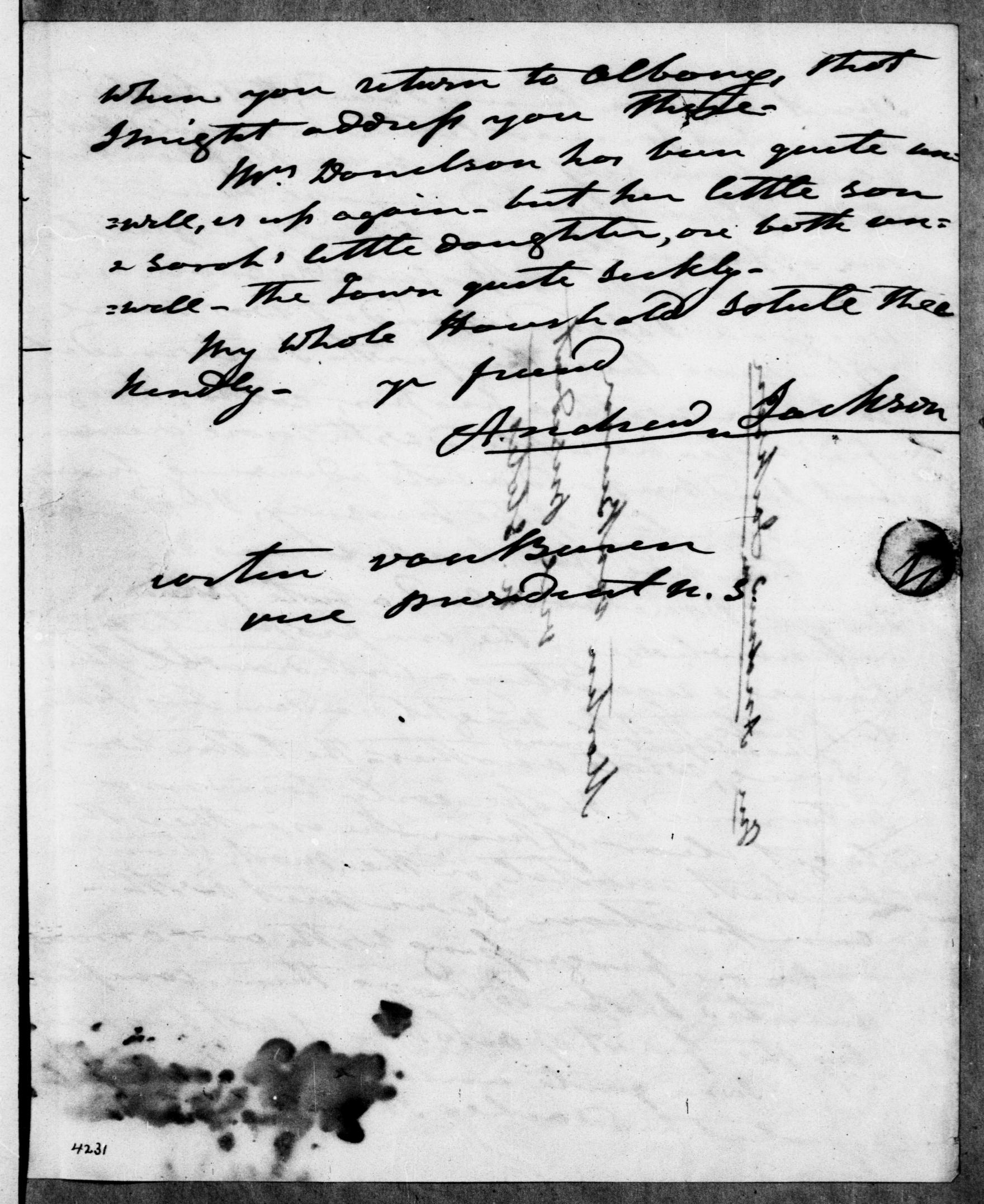 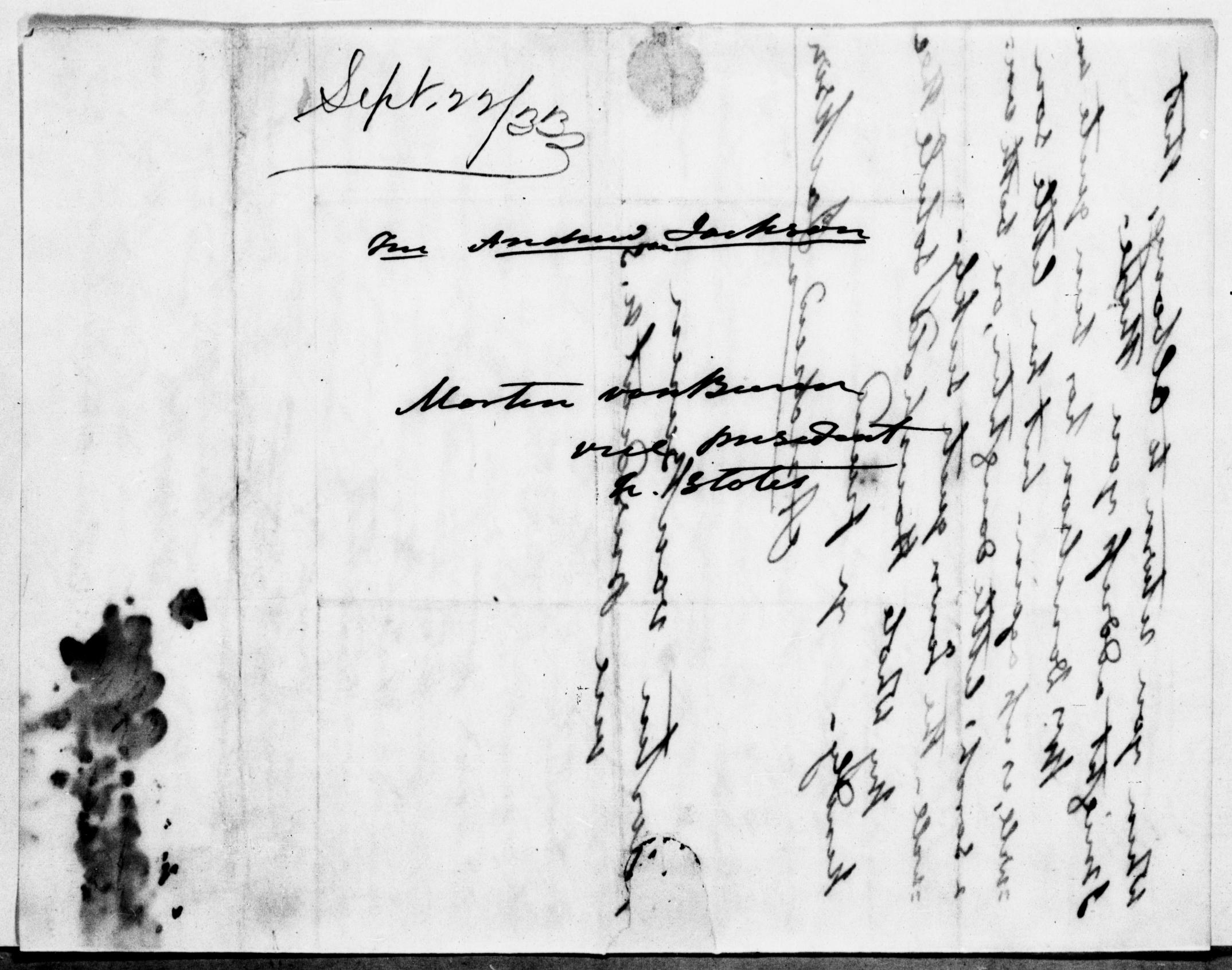 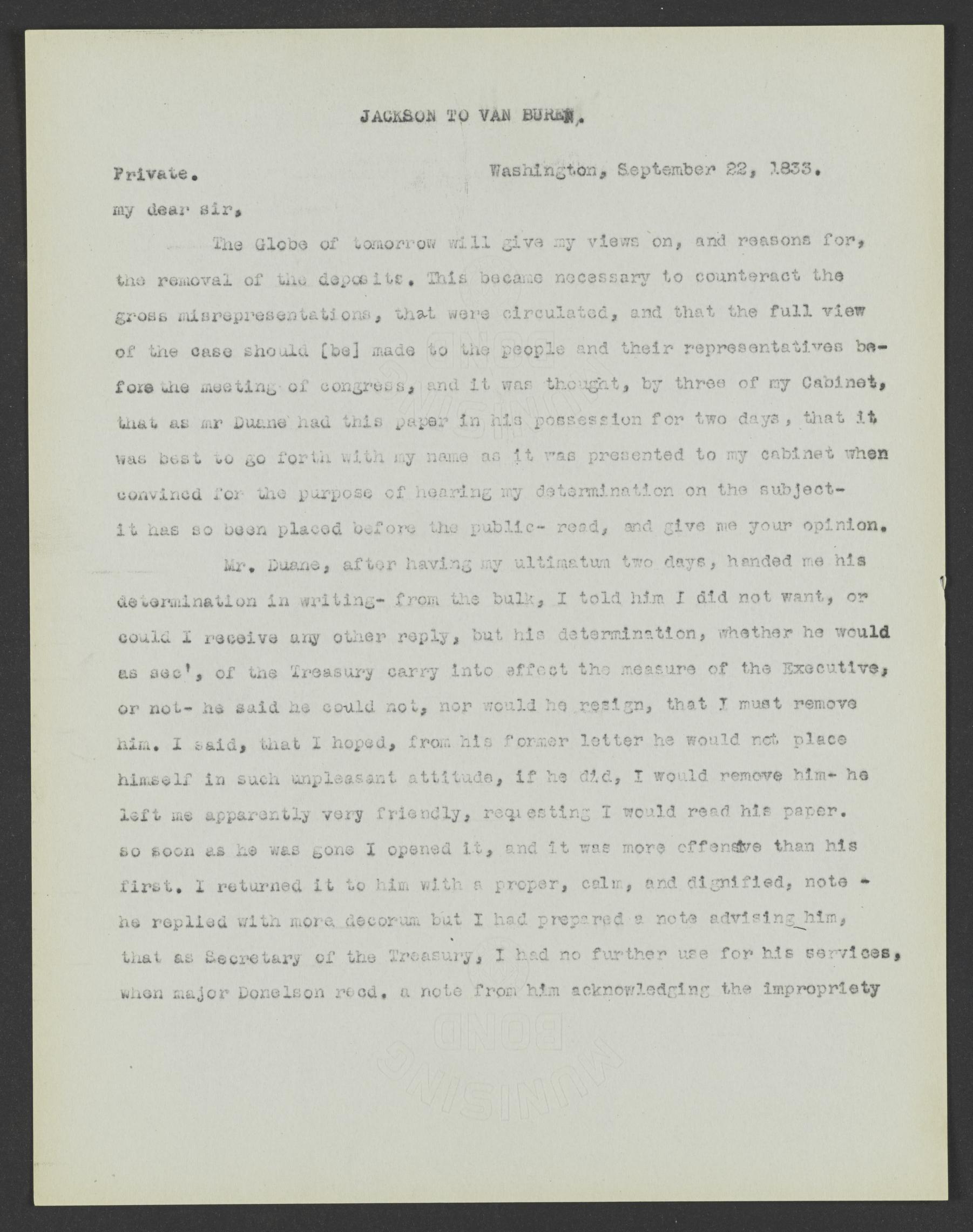 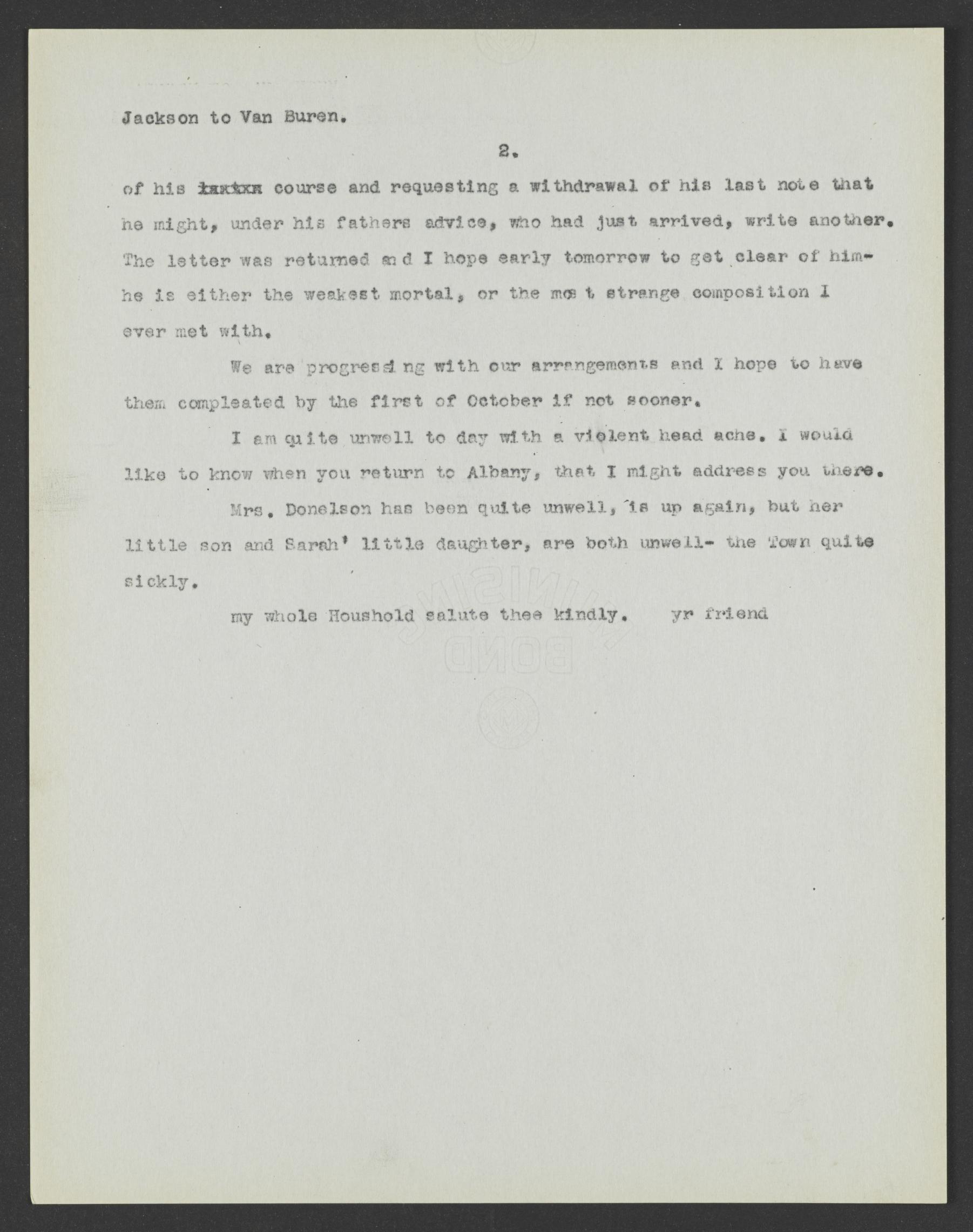