private, & for your own Eye.

Yours of the 4th. instant has just been received with Mr Wrights inclosed. I have but one moment to write you, as I wish to send it by this evenings mail.

I inclose you the report of the Government directors, which <illegible> ^shews^ that the whole money of the Bank is put at the disposal of its President, to apply as he pleases, “for the benefit of the Bank”. Therefore to prolong the deposits until after the meeting of Congress would be to do the very act it wishes, that is, to have it in its power to distress the community, destroy the state Banks, & if possible corrupt congress & obtain two thirds, to recharter the Bank. I ask, can any ^honest^ man read the report inclosed, and say he has any confidence in the bank as a safe deposit, and if when the full expose is made of the causes which has produced the removal, can any honest man in congress sustain the Bank? Is not it an imperious duty devolving on the executive to expose the corruption practised by the Bank, and the continuation of that corruption, legallised, as far as a corrupt majority of the board of directors could do it; and that ^not only^ to an unlimited amount, but without responsibility or voucher.

It appears to me, if any action whatever be taken, it ought to be before congress meets, and make to it at its meeting, a full expose of the reasons that has induced it, and let, thro the Globe, be made, unofficially, a statement of the causes & the facts that has induced it. This will prepare the minds of the people for a full & official exposure, give strength to our friends, protect the state Banks, from oppression, & some from destruction, give them strength by which they can increase their loans to the commercial world as well as to the community at large; and to my mind ^this^ the only step that can be taken to prevent its recharter. The Bank could not be better served than the course, you say recommended by Mr McLane and why adopt such a course? We find Mr Crawford as secretary of the Treasury made the deposits in such state Banks as paid specie for their bills, and authorised the receipt of bills of various state banks to be received in payment for the public lands, and these in the cities of Boston, newyork, Philadelphia, Baltimore & Richmond & District of Columbia, without any complaint of his ^usurping^ power by congress, or any body else, & never made a report on the subject to congress until called upon by resolution of Congress in 1822, and this ^was^ done for the benefit of the country at large, I cannot under present circumstances ^see^ why it ought not to be done now, to weaken this hydra of corruption, and preserve the morales of the people from being destroyed. I have no doubt of the Bank being rechartered unless by the removal of the deposits before the meeting of congress, and the effect produced by the expose of the causes, should prevent it.

I regret the division of my Cabinet on this important subject, in which I see the perpetuity of our republican Government involved, and I counted on your support firmly, in taking the stand with me to remove the deposits on the first of October next, if Mr. Kendalls report was favorable to the safety of the states B’s. I have not yet seen it, it is made to Mr. Duane, & I suppose he will make his report soon, for which I am waiting. Write me fully on the receipt of this, that it may reach me soon. Major Barry has not returned.

P.S. I have to call to your recollection that the 1rst of october is the commencement of the Fiscal year, & octr. Novbr. and December, its first quarter. January is the first month of the 2nd. quarter of the fiscal year. It is therefore, that I have thought ^& urged^ it the best period, (the 1rst of october) to commence the Deposits for all collections made of the revenue after a certain day to be named.

I wish you could be here the first week in october. I mean to adopt a course worthy of myself, of the purity of the morales of our happy country, regardless of all consequences You see the bank has bought up the Editor of the Pennsylvanian, and our friend Noah is set up by the Bank, or I mistake the signs of the times. Is it possible that your friends hesetate, and are overawed by the power of the Bank? It cannot overaw me. I trust in my god & the virtue of the people 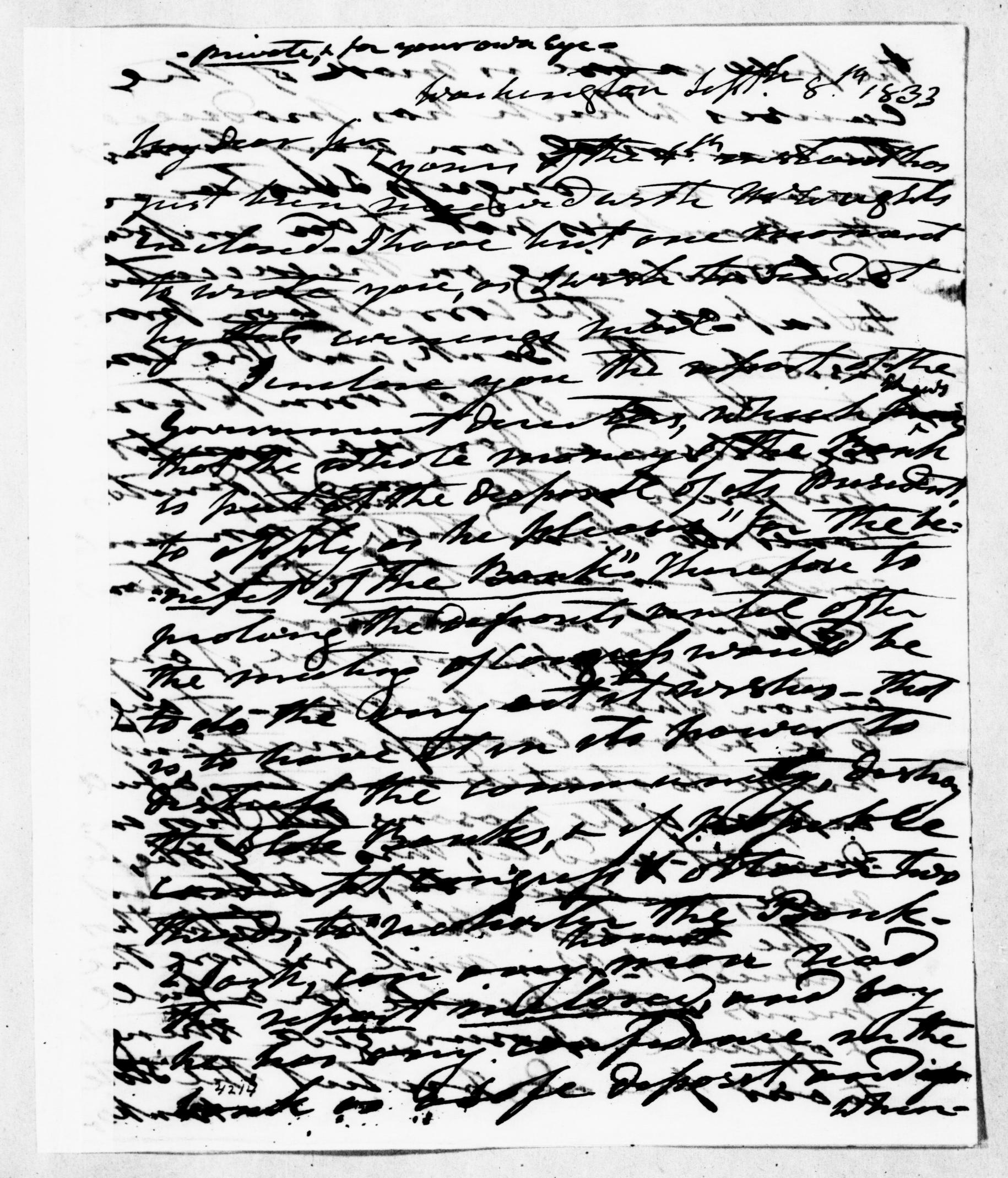 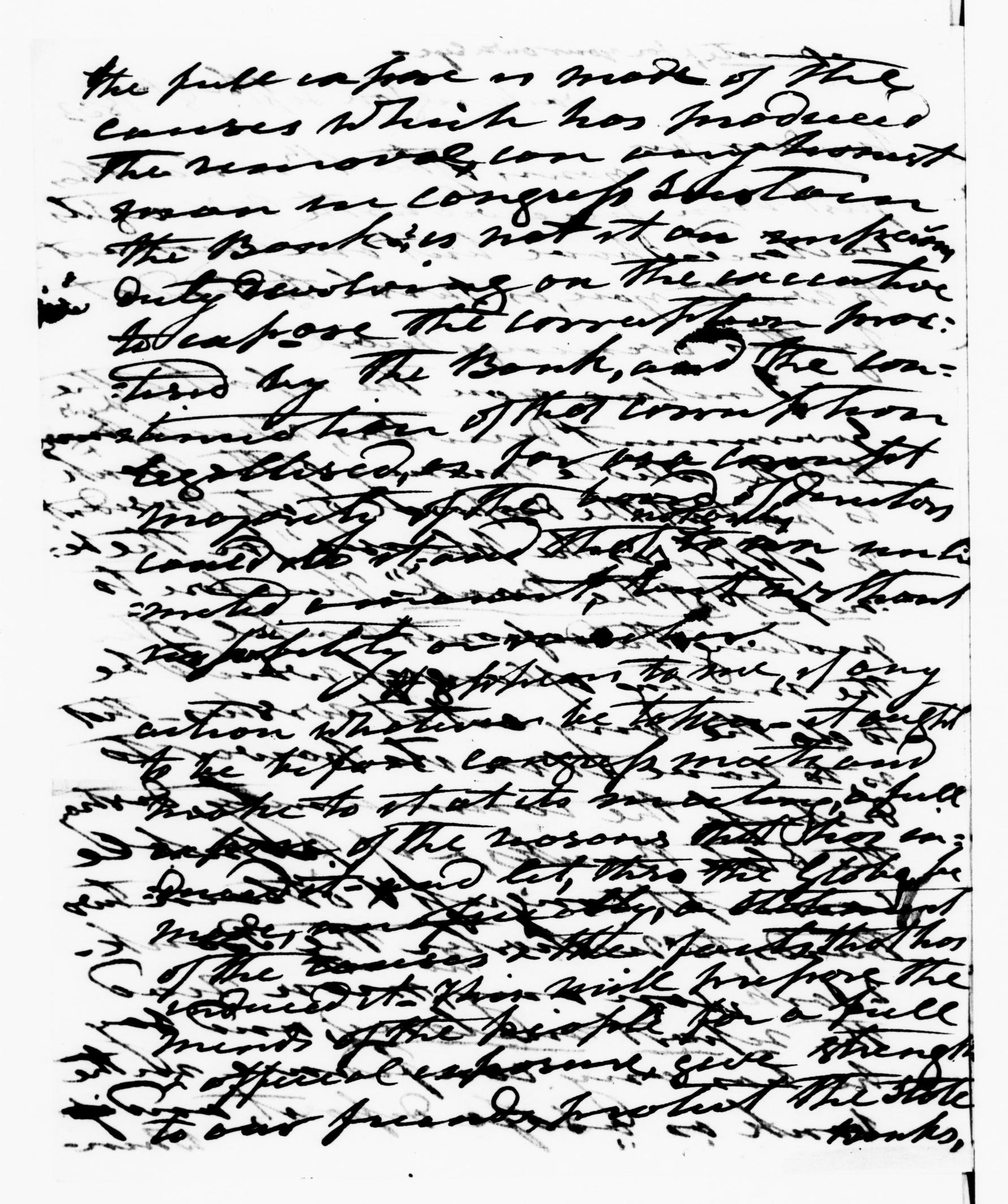 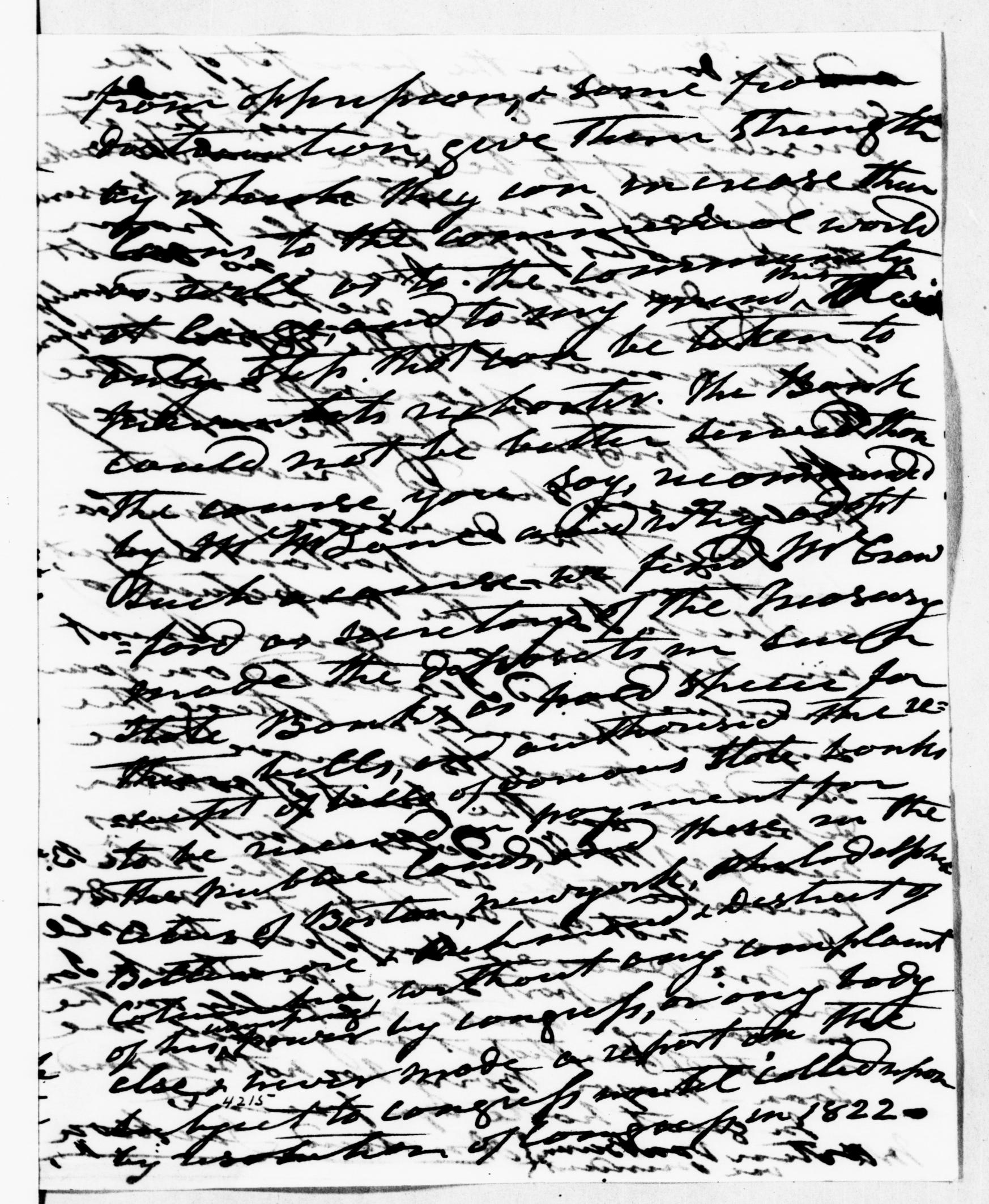 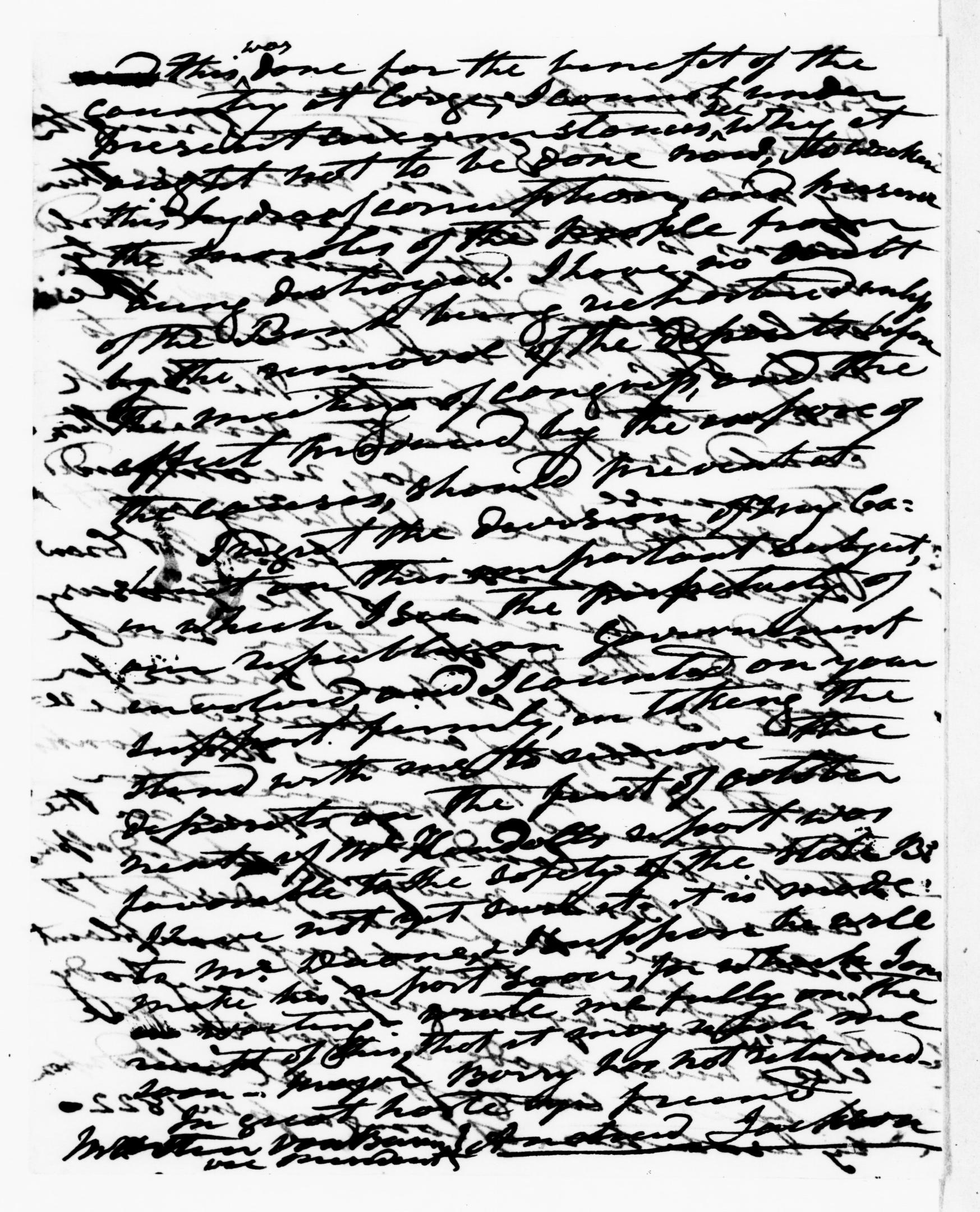 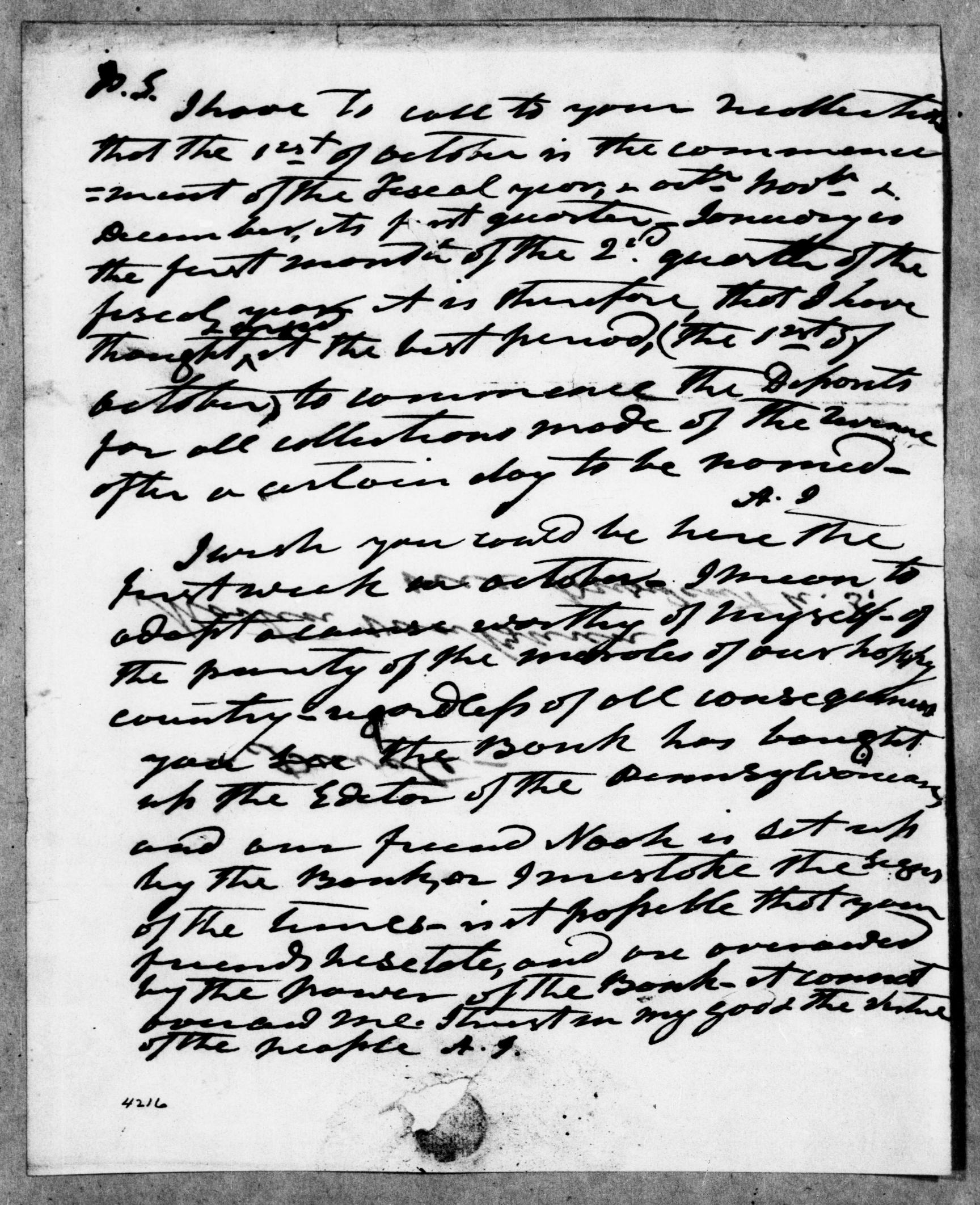 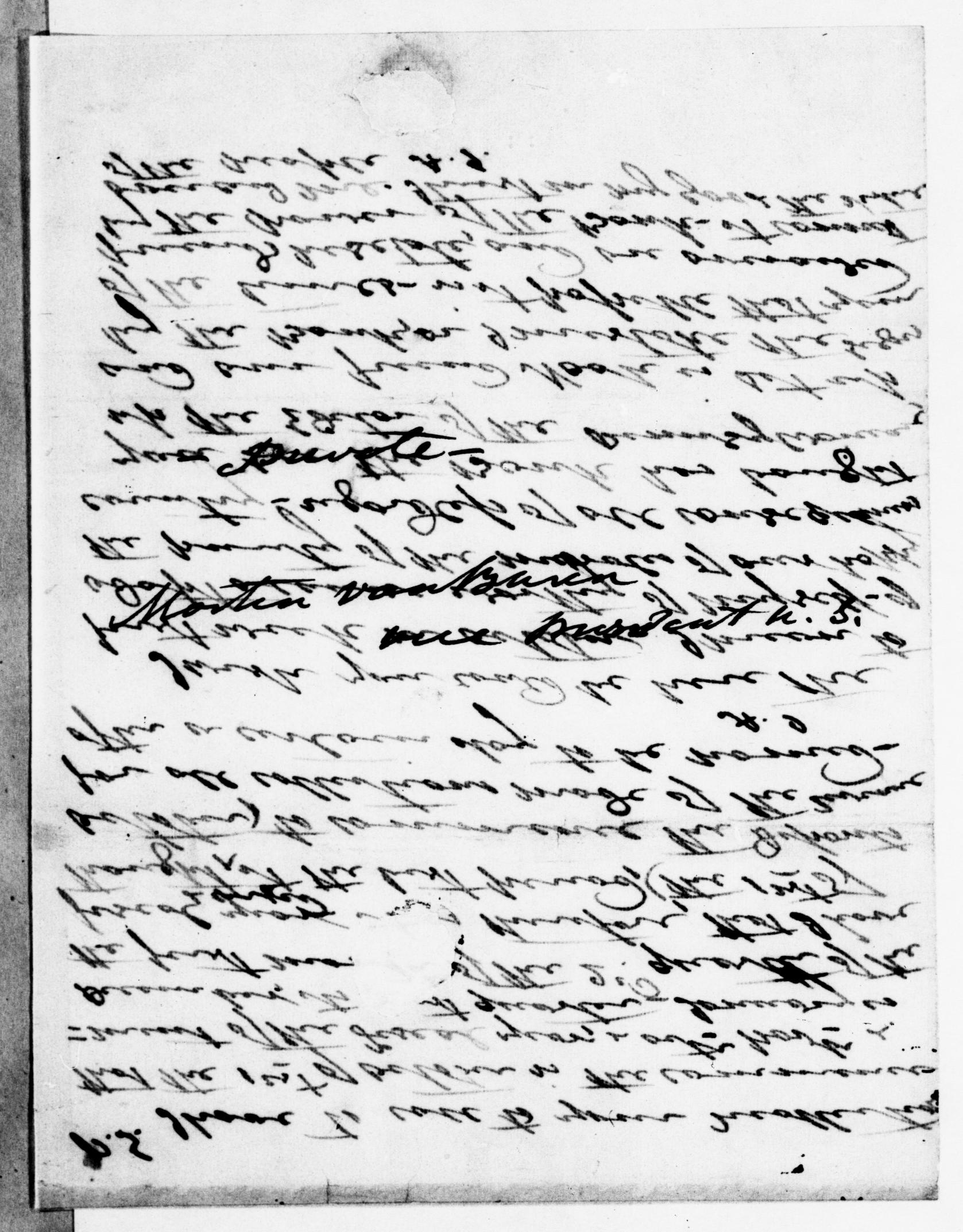 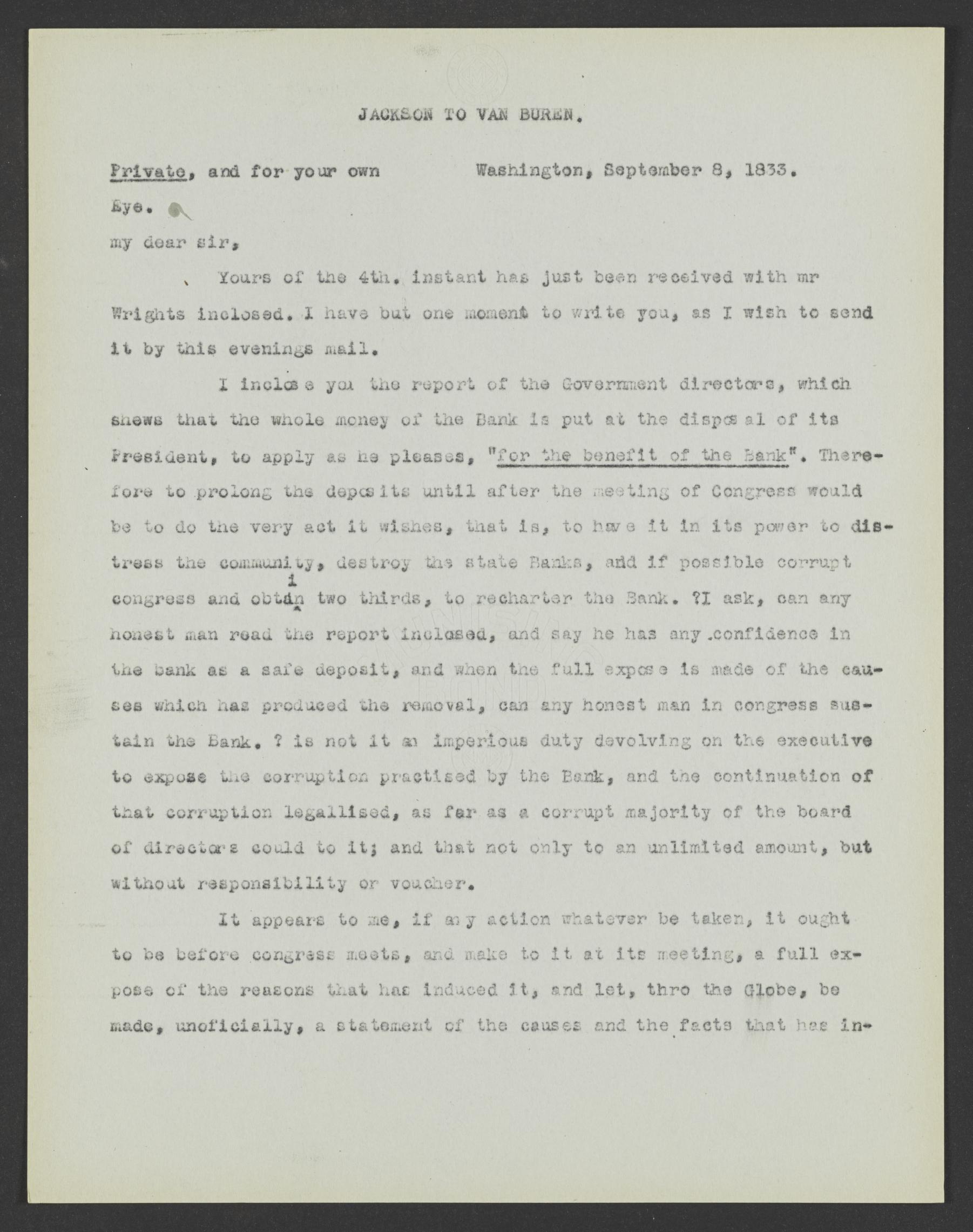 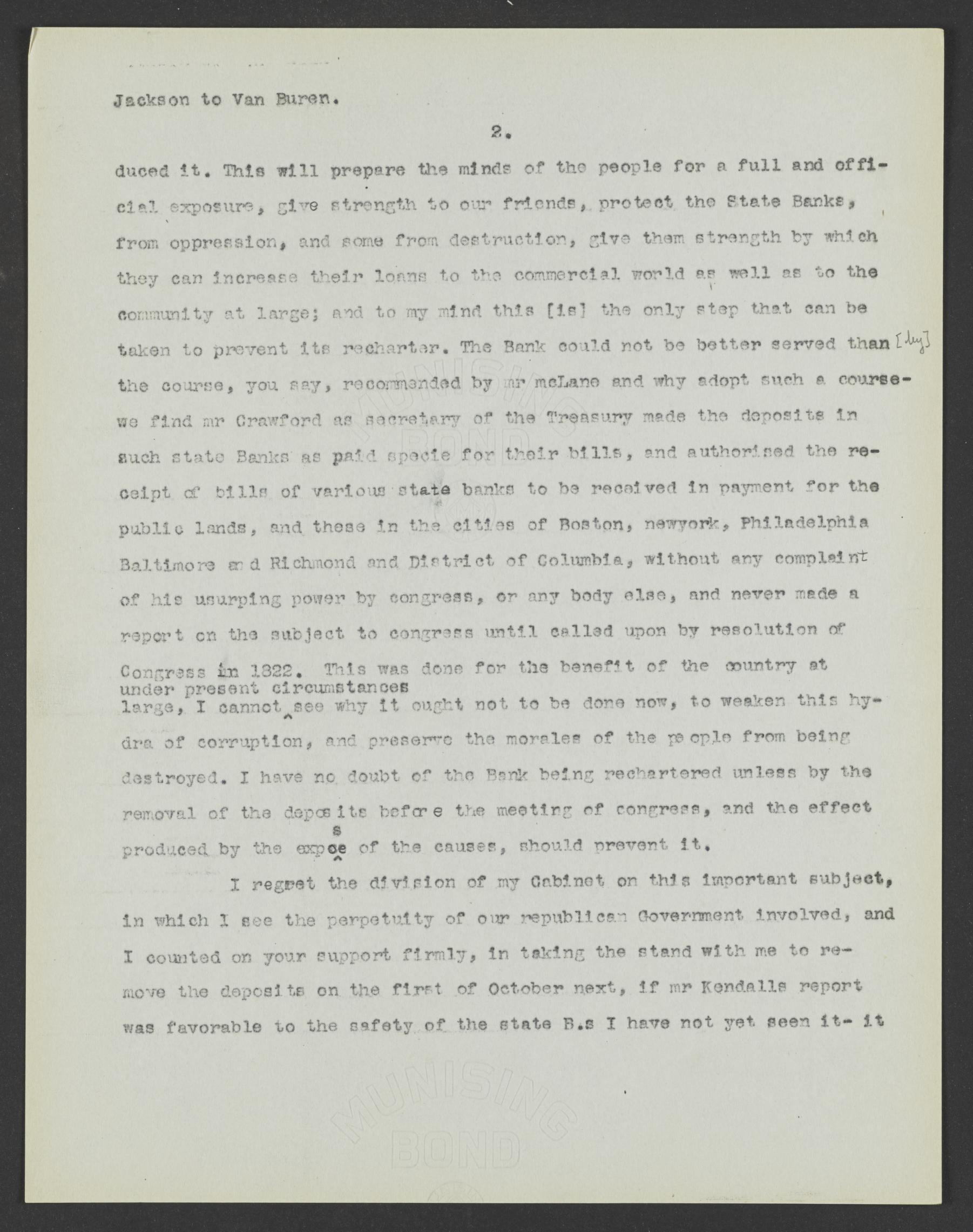 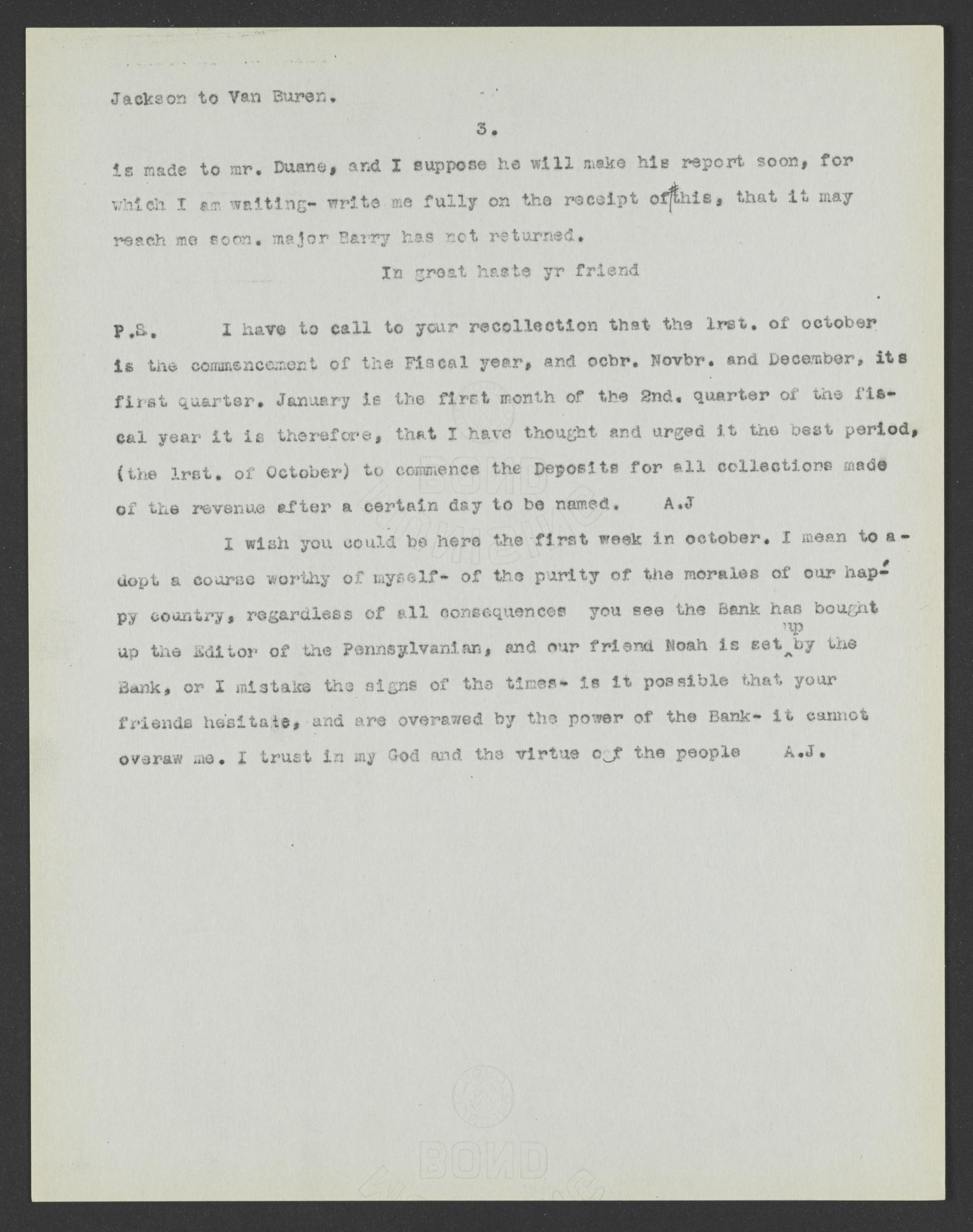