The enclosed letter from Mr Wright which was not red. until yesterday will furnish ^you^ with his views, & those of several of our most discreet friends here, upon the subject of the Deposits.

Upon the whole I concur with Mr Wright in preferring the course thirdly referred to; but am not so strenuous about it, as to feel, that I should be unable to sustain the second one, if, with a nearer & fuller view of the subject, you should find its adoption highly expedient.

Great care must be taken in the selection of the Banks in N york. Certainly not less than three should be taken, & if possible four. Those engaged in them, like the rest of their Fellow Creatures, are very much governed by their own interests, & it would be well to consult some one, out of the City as to the proper selections. Mr Olcott, the Cashier of the Mechaniks & Farmers Bank here, is I think a man of more sense & information than any of them. He made it his business to go down, & succeded in removing many difficulties rai which were raised by the N york Directors, & saw, & conversed with Mr Kendall. He is, I believe, entirely disinterested, & would I presume have no objections to give confidentially to Mr. Kendall, valuable information, & opinion upon this point.

I write this in some haste, & without much particularity, as it is for yourself only, and shall therefore send it without revision; hoping it may be of some use to you in the important matter in hand,

I am very truly your 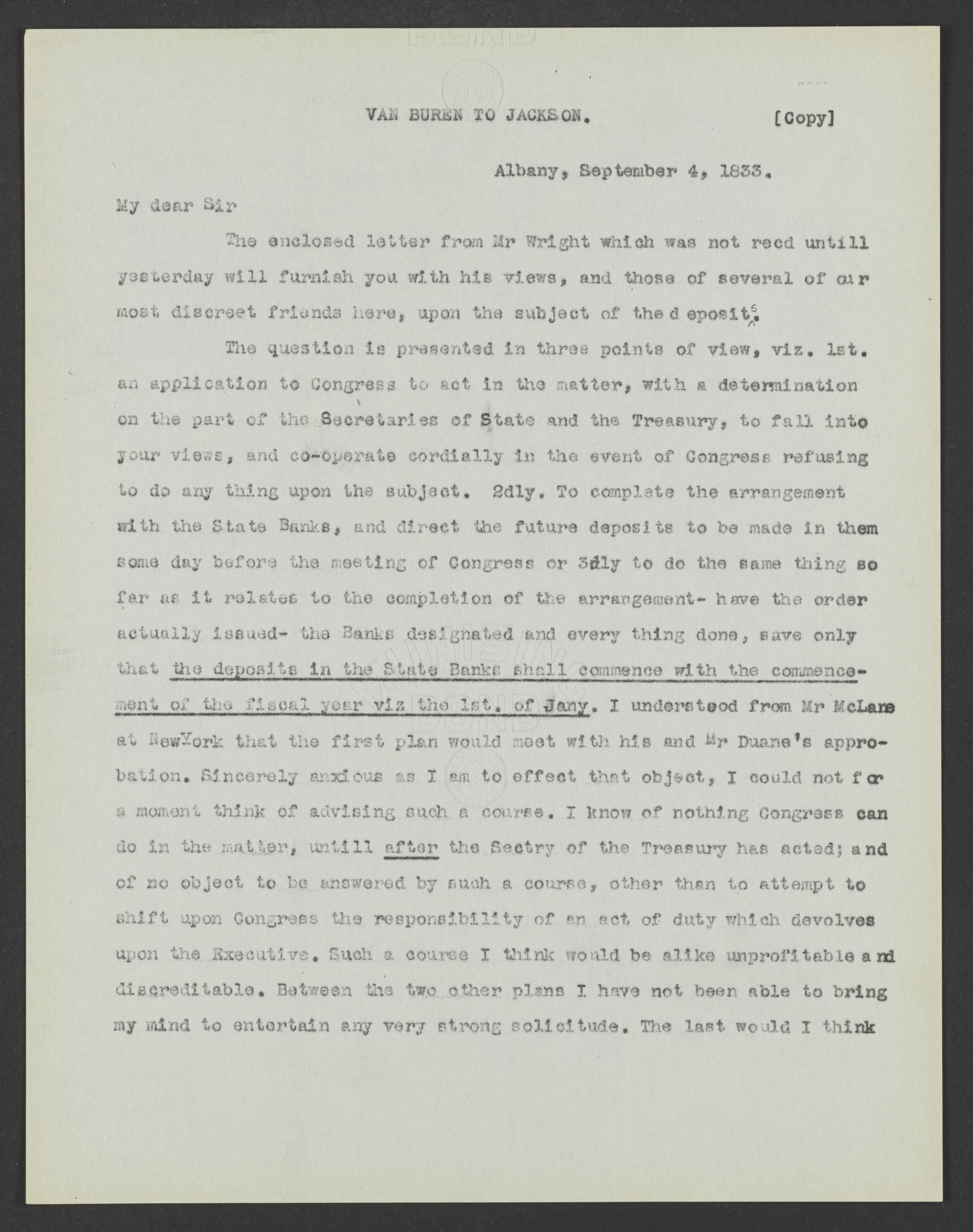 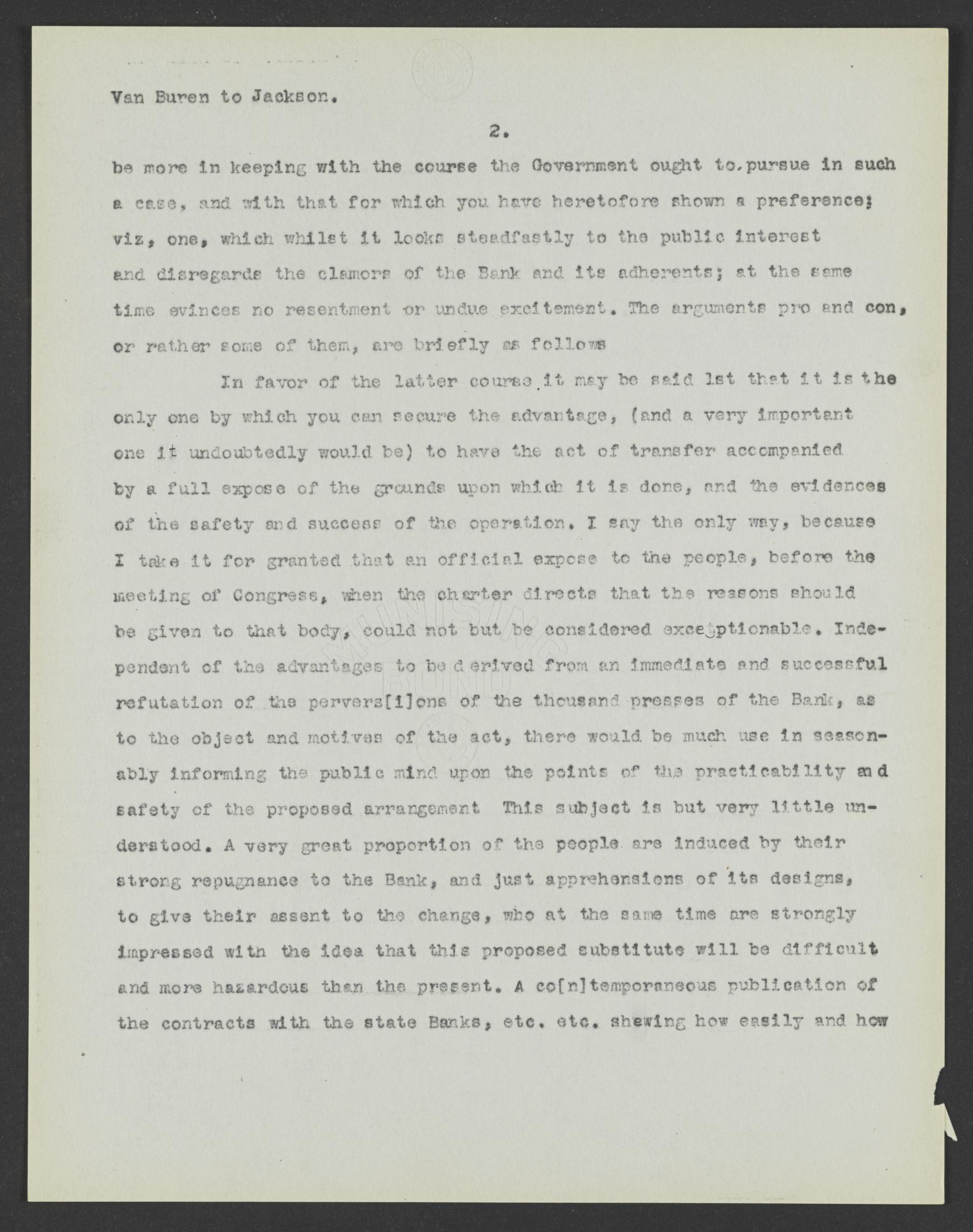 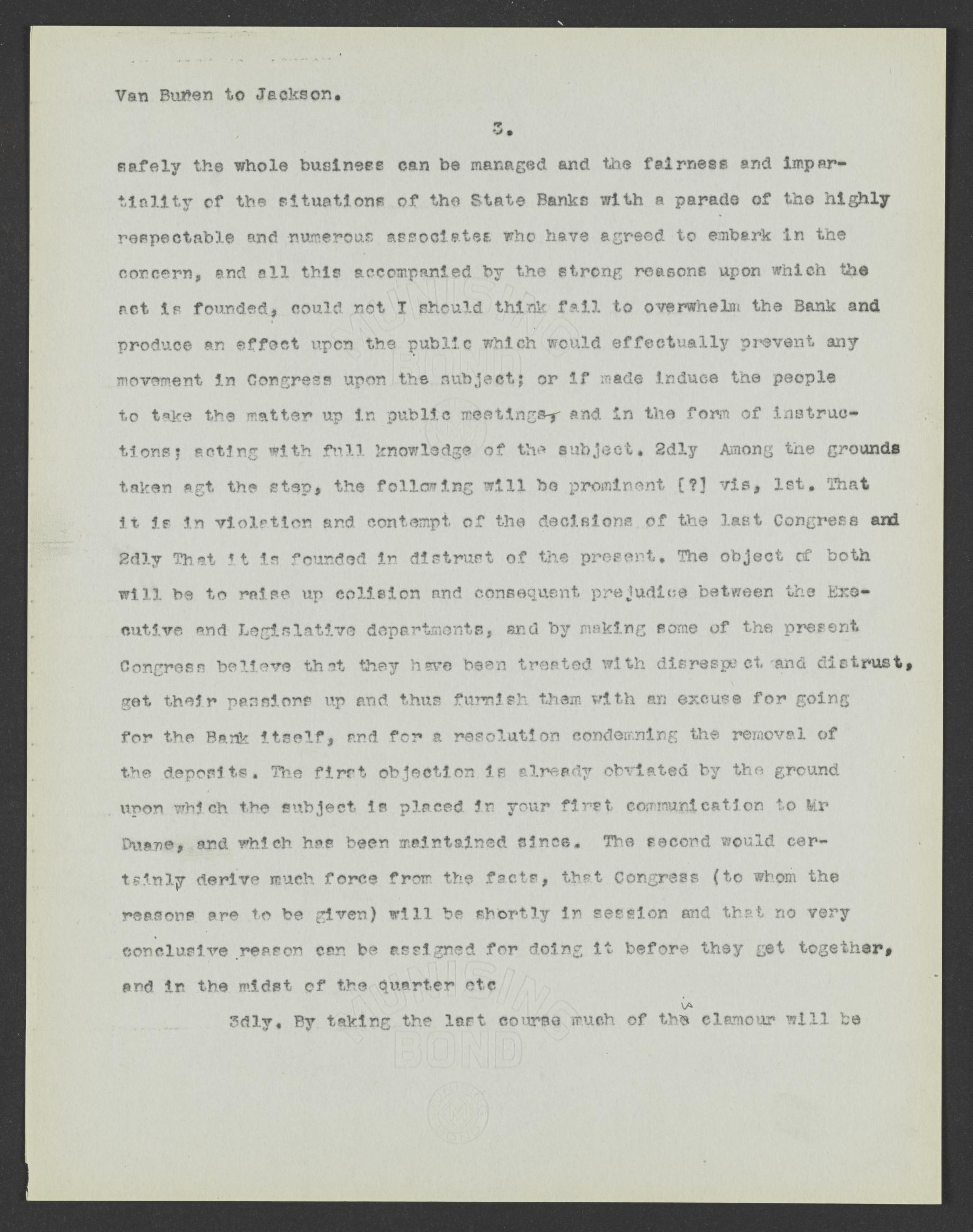 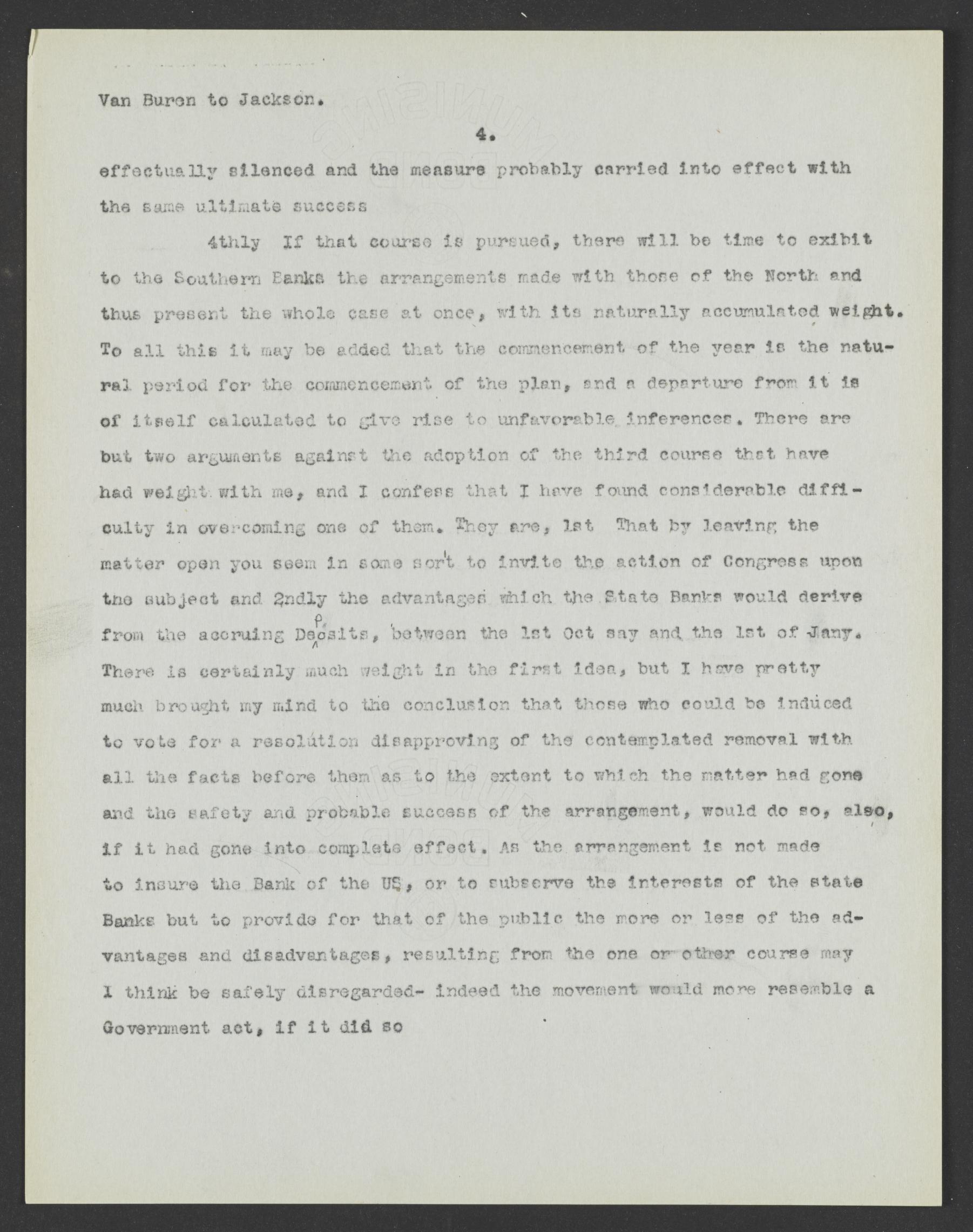 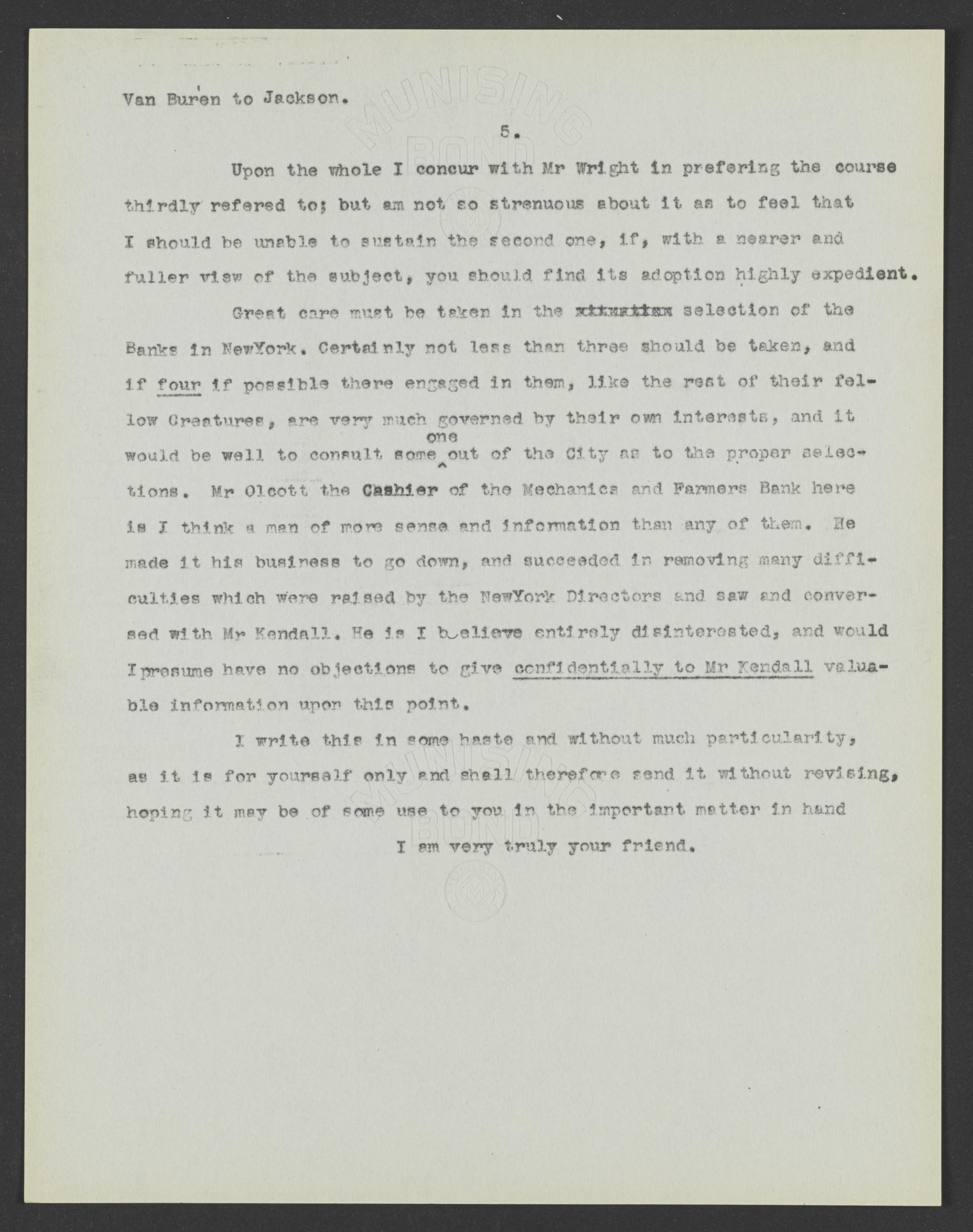