I have just recd a letter from one of the directors of the united states Bank appointed by the Government ^dated the 14th of august,^ headed “confidential for the present.” The following is an extract. “The examination has resulted in exhibiting a much larger & much blacker catalogue of fair business transactions than I had anticipated. In a little more than two years, about $60,000 dollars have been expended in printing, & publishing speeches, tracks, &c &c of which about $25,000 was paid to order of Mr Biddle on his own drafts on the Bank, for one dollars of which no voucher could be produced, although they were required of the cashier, who stated the money was paid to Mr Biddle under an order of the Board in 1833. This order we have copied. These, I have no doubt form but a small portion of the money expended for electioneering purposes, and are entirely independent of fictitious loans. We have taken detailed extracts of every thing; shall make a formal report early in the week, if not on saturday. We intend making an attempt to recind the resolution, under which the secrete service mony was authorised to be drawn by Mr Biddle on Friday next.”

When this report reaches me I will make it known to my Cabinet, and see if there is one of them, that will say that this Bank is a safe deposit for the mony of the people. If $60,000 dollars can be applied to corruption, by Mr. Biddle at will, so can 600,000, or six millions, and there can be no safety under such direction, & such corruption. Mr. Biddle it appears holds a chart blank to use the public money ad Libetum and his draft on the Bank the only voucher, and he can apply what he pleases to his own private use. We must cut the cord ^of corruption^ by removing the deposits, and leave Mr Biddle and the directors to corrup political men, & the public presses.

I shall leave here tomorrow or next day, & shall expect to hear from you at washington in reply to all the matters & things upon which I have written you.

My household salutes you 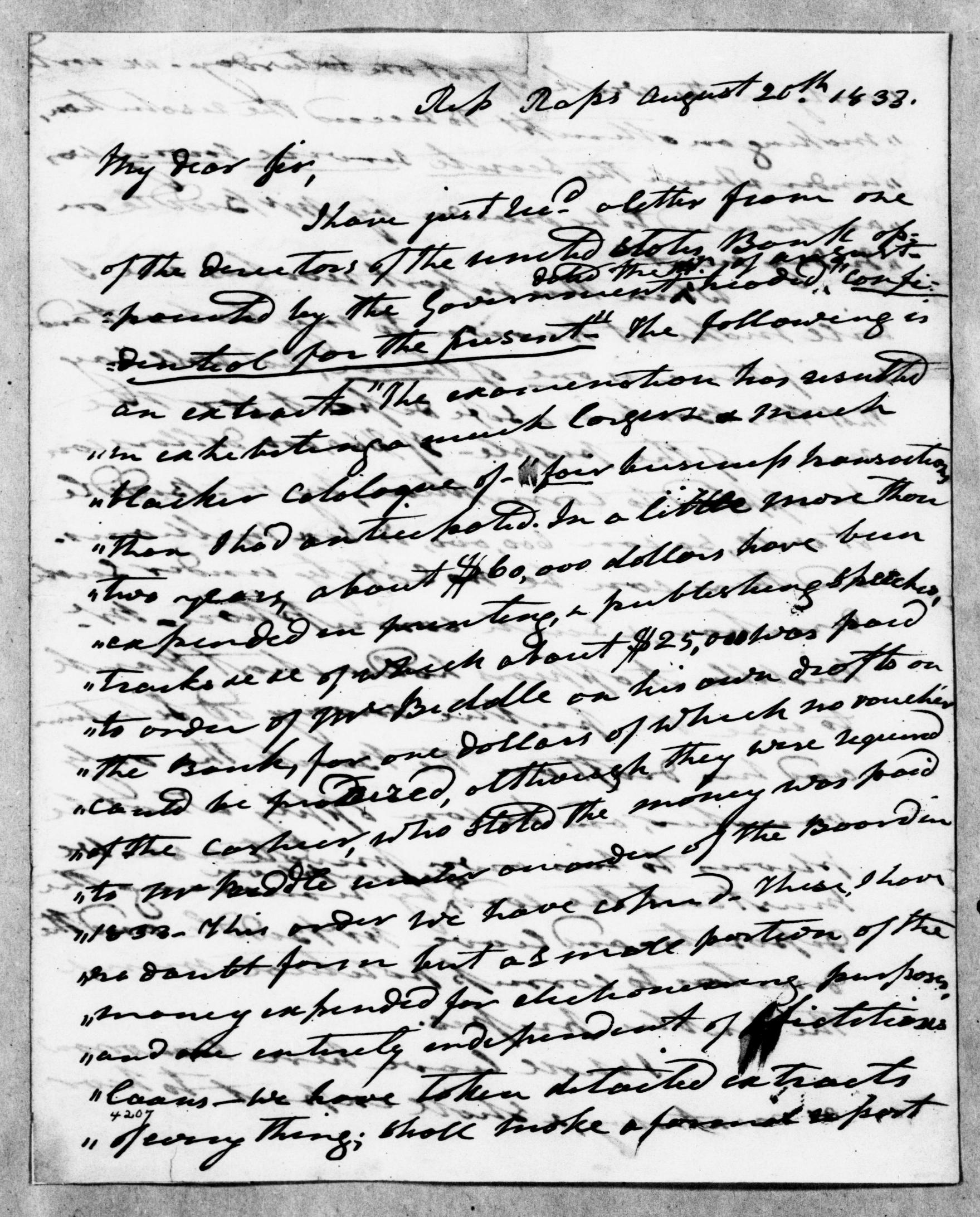 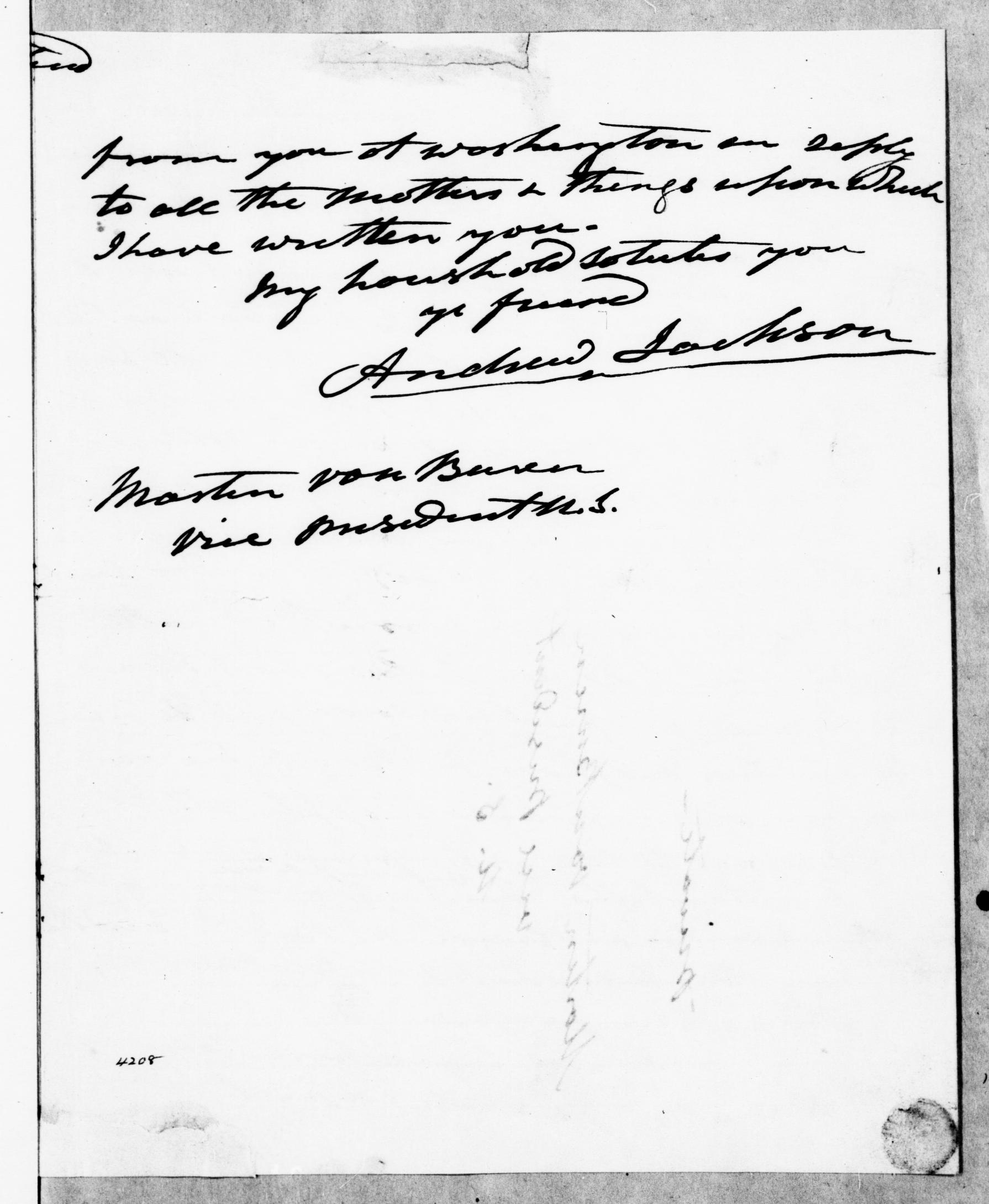 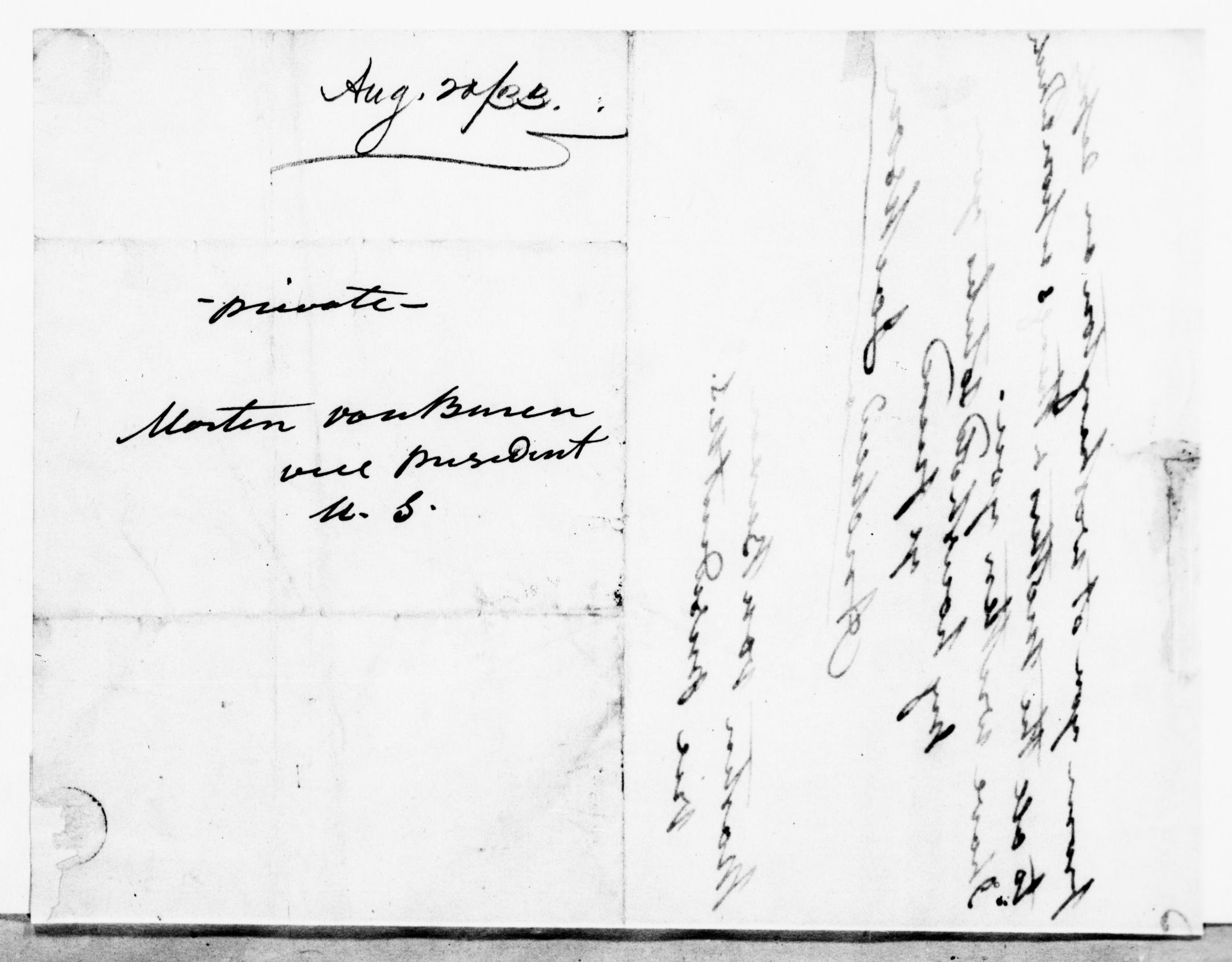 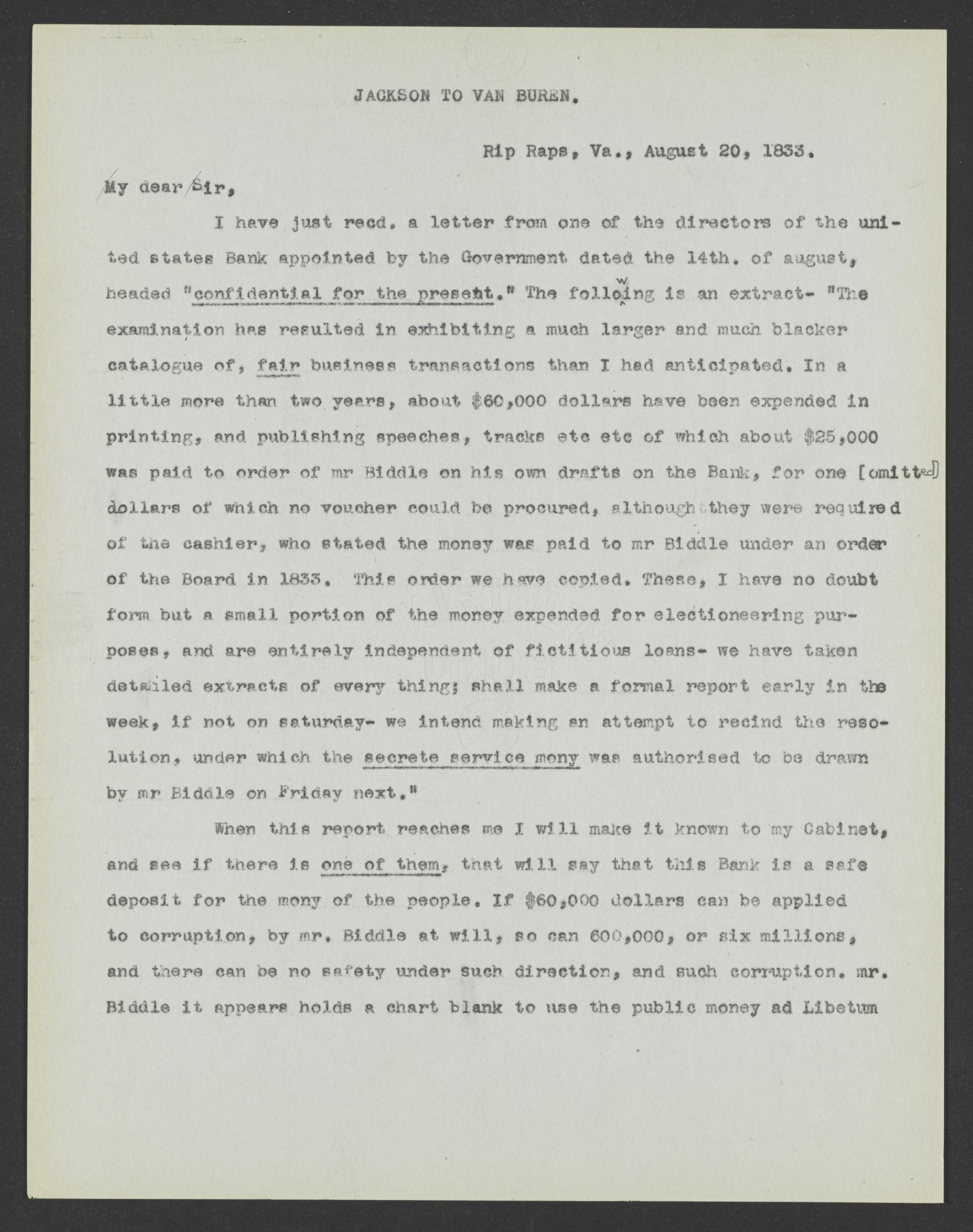 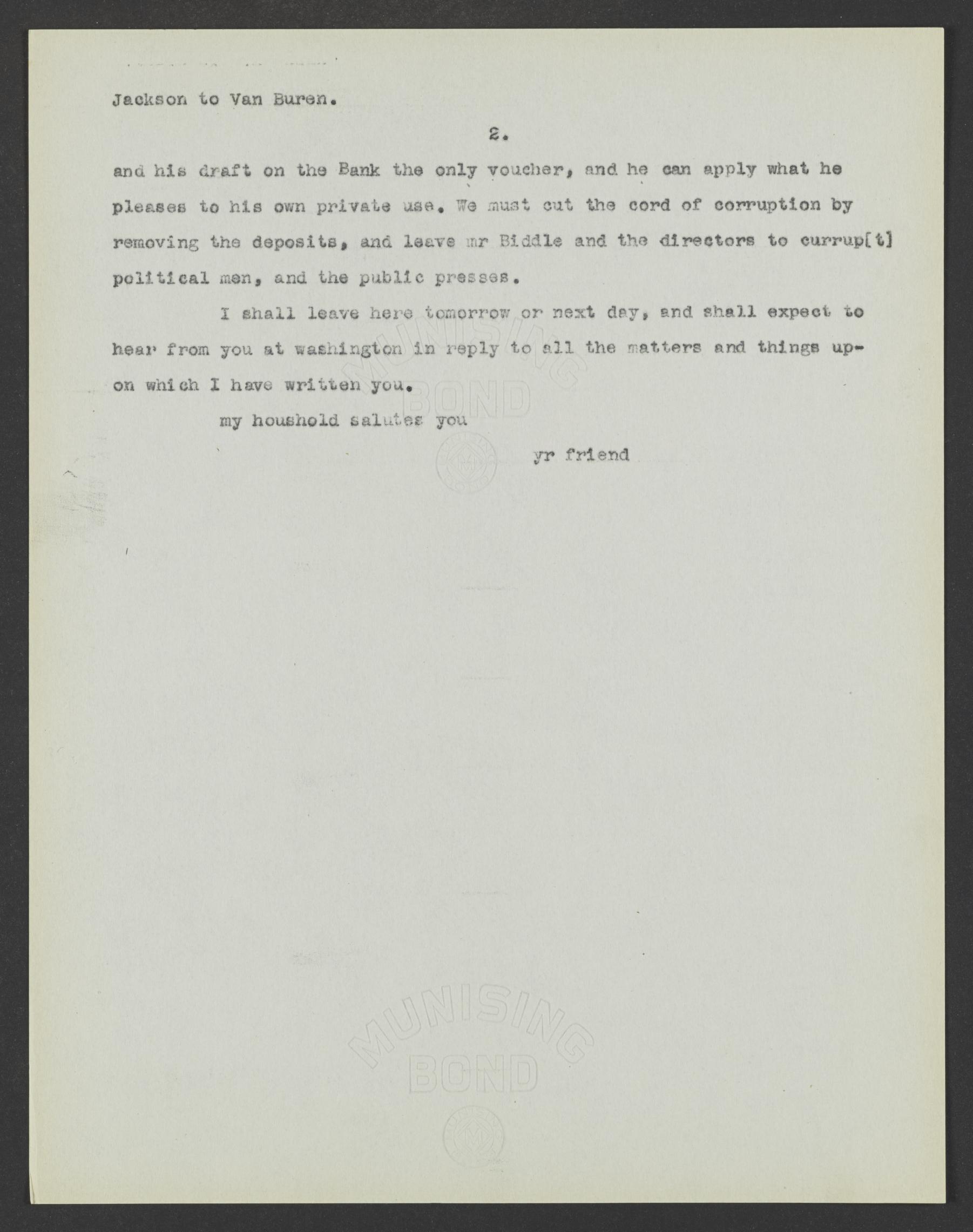