I received a letter a few days ago from Mr Hoyt stating that the matter of which I formerly mentioned to you could not be done in New York. To <express> any ^<regret>^ may be useless and unavailing, but it is not the less deep and settled in that very account. I know very well that you could not and ought not to do or know any thing on the subject, but I did expect that the friends of the same common cause would be willing to aid a person whose opinions and <purpose> are not taken up or discarded at random. For right previous to my removal to this city, I toiled in New York in the same cause, surrounded too by your personal enemies in many instances, and beset with every temptation to abandon my own feelings and my own wishes. It was <illegible> no <saint> in me to pursue the course I did, it may be laid to the charge of a species of obstinancy, that is <illegible> with the <illegible> of principle by talking <illegible>, and foolishness by <men> of the <world>. When I left the C & E, because I could not go along in its <causes>, I saved a little ^part of^ which I invested in the <Globe>. A combination of persons claiming to be your friends exclusively, raised a clamour against me. I could not stand it. I gave way, saved what I could out of the work and came to this city to try the effort of what talents I may possess. Since last January I have been here at the same work, and in the same cause I had supported for years in New York. At this moment affairs in Penna are in such a condition as to ensure the electoral vote and all party influence to the Convention candidate in 1836. The only opposition here of any consequence that of McKean is completely checkmated, and by the same watchfulness in future which has secured the past, there can be no doubt of the New York candidate getting a nomination of this State in less than a year. To accomplish this however the same policy must be <pursued> for the rest of the game. Situated however as I am here, with a new establishment—flourishing though it be—without capital or resources from any <quarters> for my partners are worse than myself, and those ^here^ who call themselves your friends, are the <lowest> devils in <illegible>. I <illegible> there was no difficulty in applying to the common friends of the <cause> in New York. I did not ask a <illegible>. I did not ask any thing I could not repay in <time>. I only wanted a little aid till I got this new establishment beyond the reach of persons in this city who would turn it into the small channel of personal politics. What do I find? My friend Hoyt tells us that nothing can be done, and as if that was not enough in requital for having the audacity to support the same cause, a new storm of indignation is <created> against in the New York and Albany party papers. I am accused of all sorts of <illegible> <business>, corruption, treachery and God knows what else besides. I am held up as a person to be suspected whatever course I pursue, to be deemed treacherous and as it were by <intuition>. Whatever I say, whatever I do, <illegible> is <illegible> and twisted into a fresh evidence of my treachery that is to come and <faithlessness> that exists in <illegible>. I scarcely know what to think what to feel, or what to imagine of those who call themselves your exclusive friends. I am unwilling to believe that you would not deny me assistance or advice in such a dilemma & still less willing to imagine for one instant that you would countenance any of these deliberate attempts upon my name and character, made by the papers professing the same cause in New York and Albany. It is truly a bewildering affair, and I trust a short time will clear it up, but this is certain that I must look for aid from <some> quarters in less there six weeks. 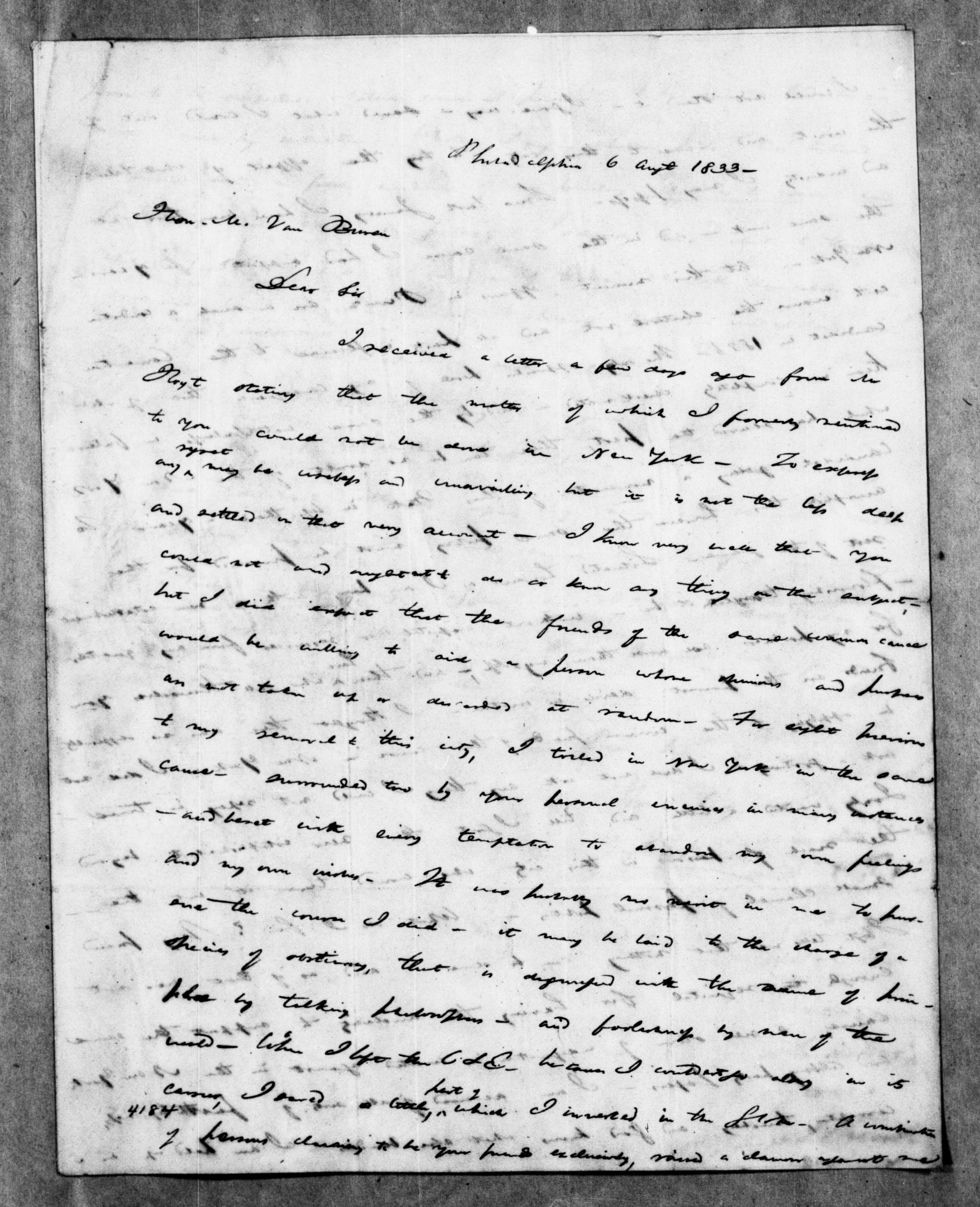 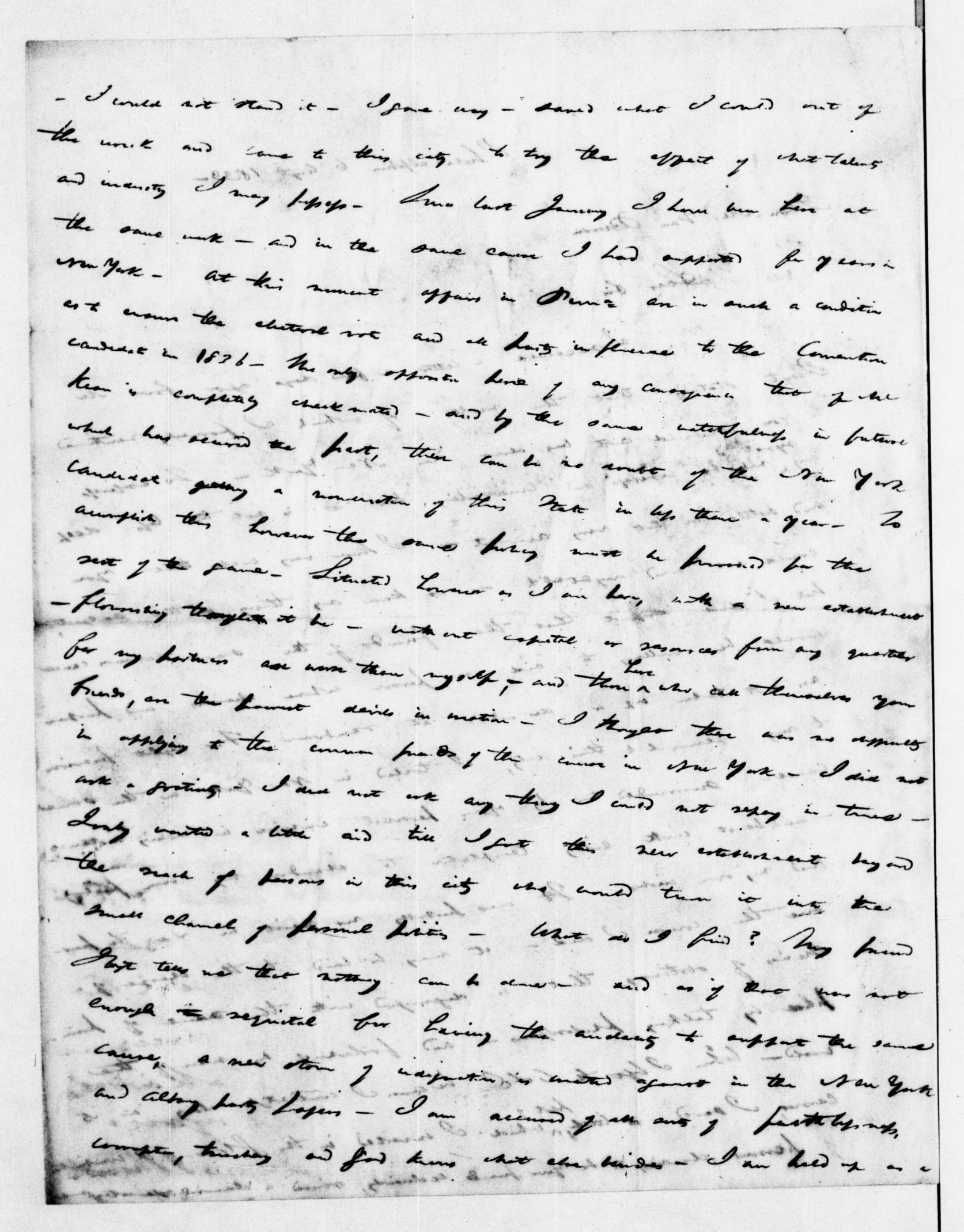 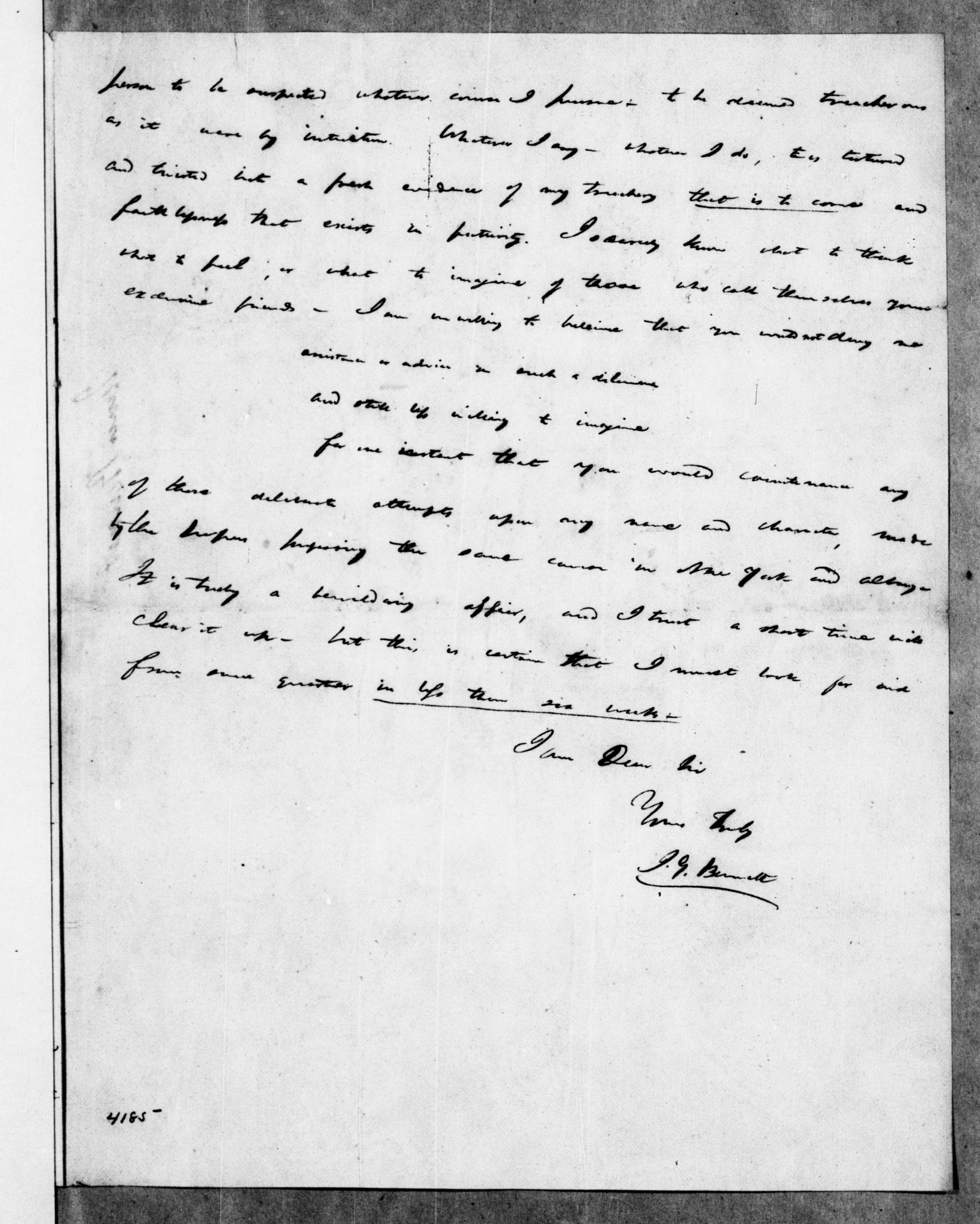 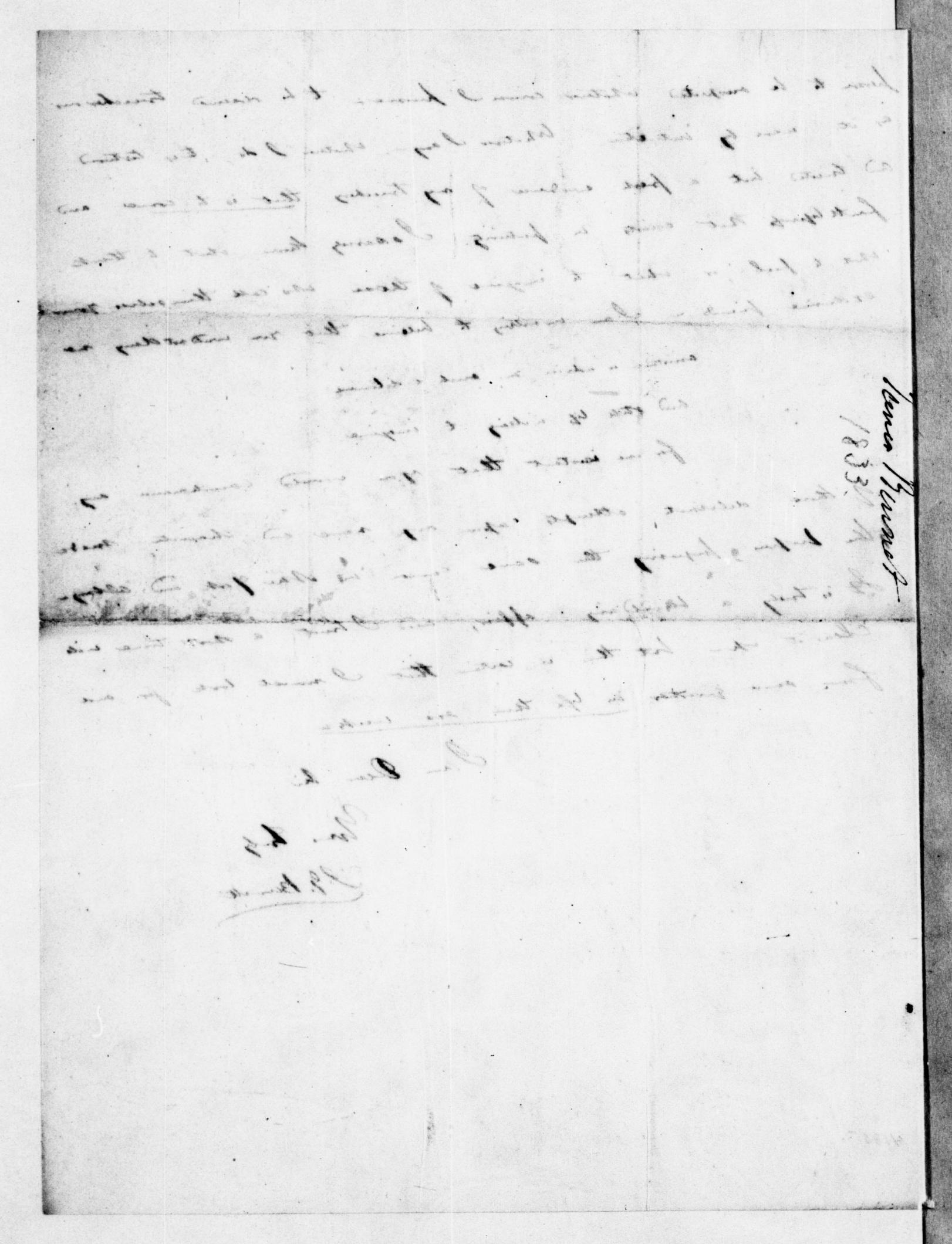