Learning from Col Earls letter that you will not leave Washington before Friday I drop you a line to console with you on account of the loss of Genl. Coffee. I had formed the very highest opinion of him, & sincerely sympathize with you. I am sorry you have been so long delayed at Washington, & sincerely hope you will remain at the Rip Raps as long as you can. Destroy the enclosed after you have noted its contents. Make my best respects to Mr Earle, & thank him if you please for sending me the paper. I have not had time to read it but presume from a glance that it is replete with the impotent malice of our enemies. I have a long, sensible, & friendly letter from Major Barry. He speaks in raptures of the enthusiasm of the people in your behalf.  Says Webster was well treated at Cincinnati, & that he admitted that he was indebted for it to your friends. 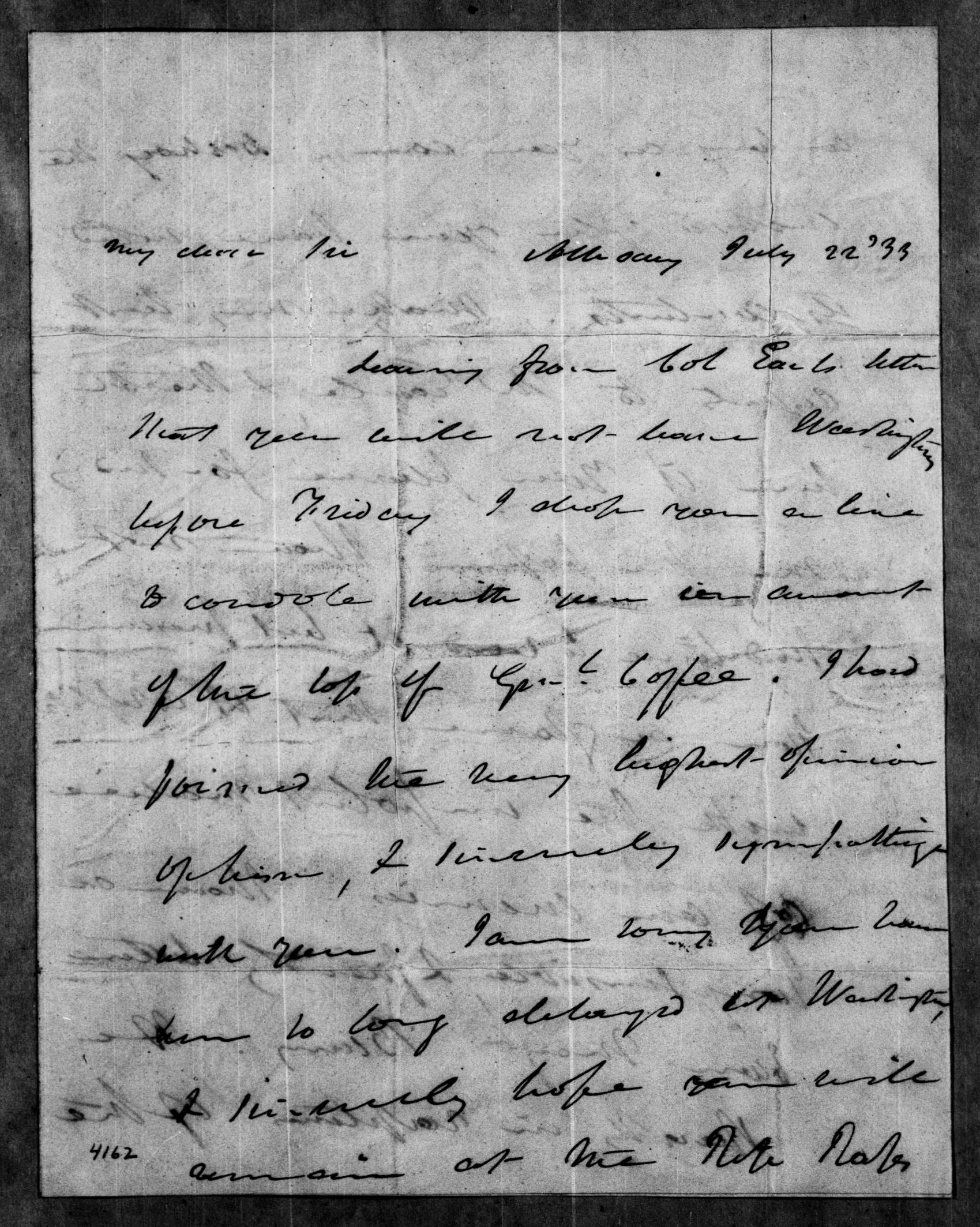 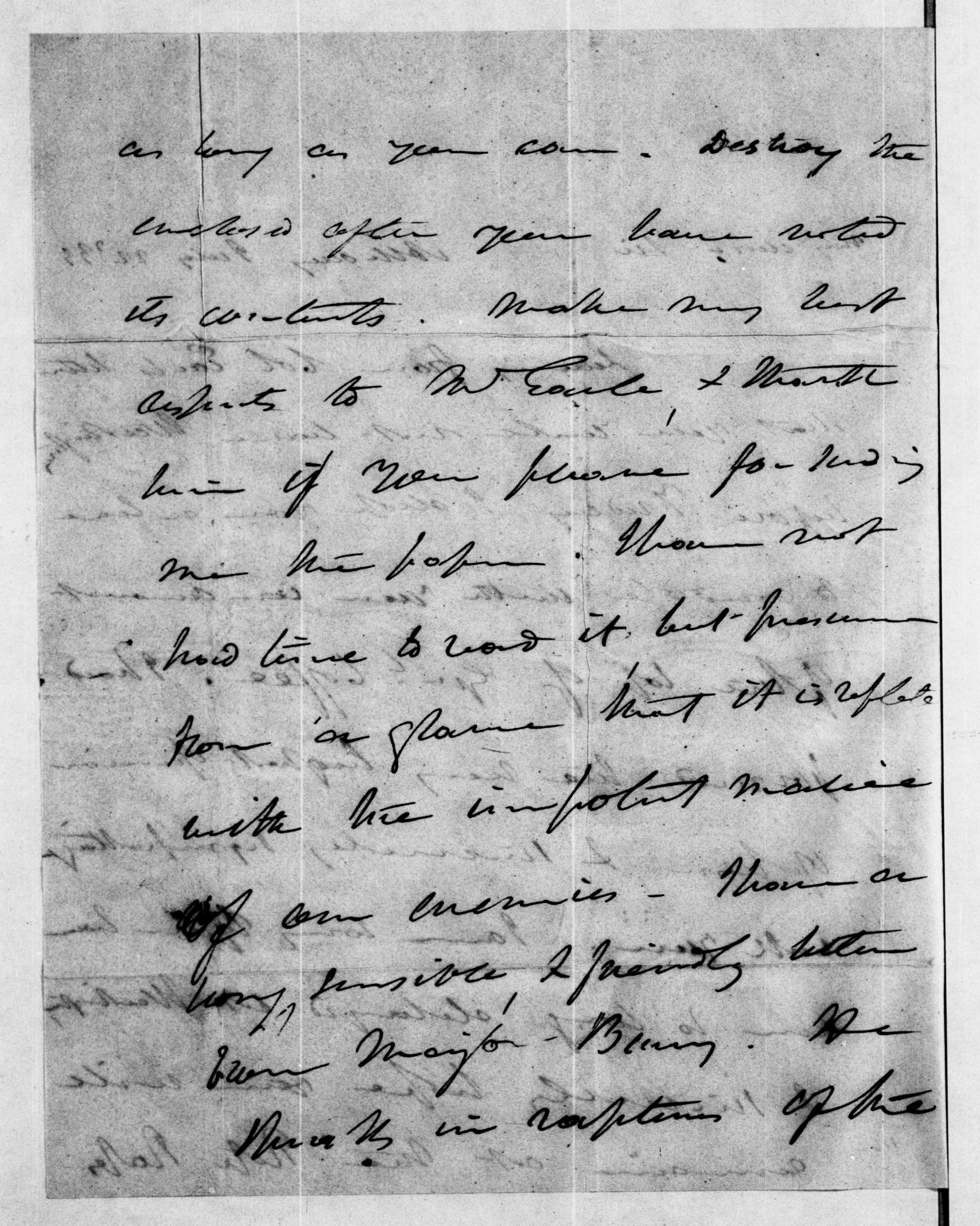 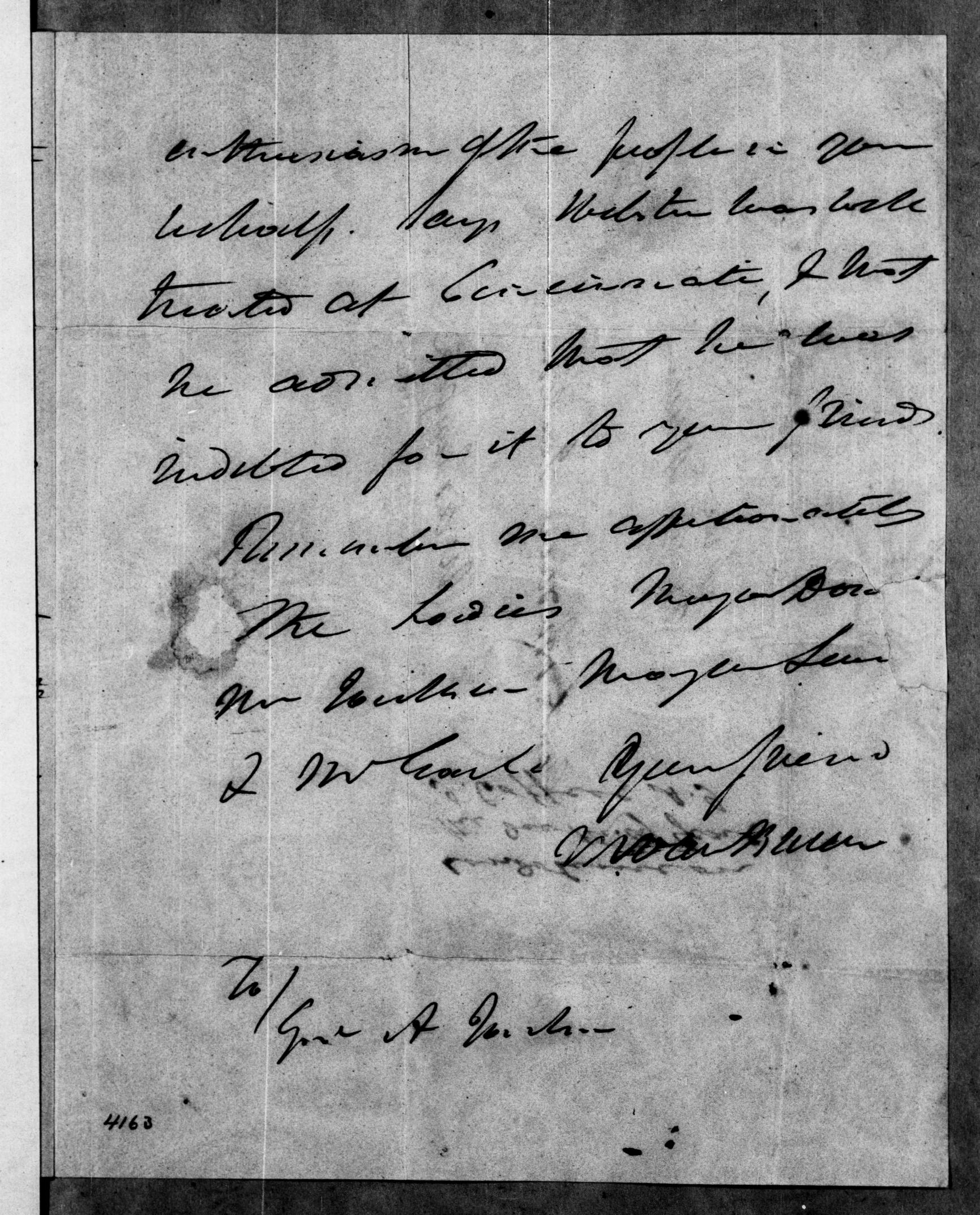 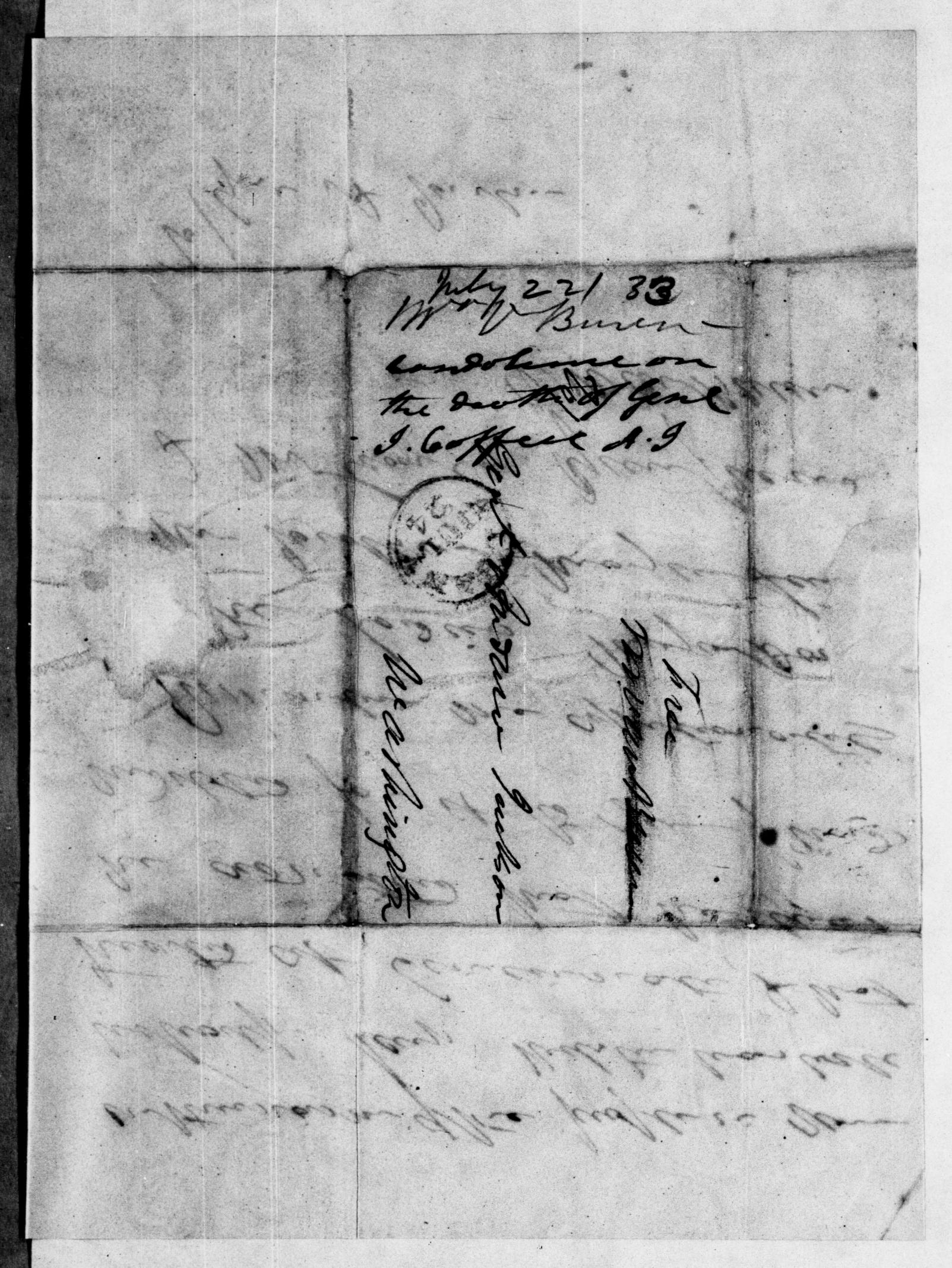