General Jesup who is a man of honor and a friend of yours asked me into his office the other day for the purpose of having a conversation in session to the following matter. It appears that some friends of his in the West, who supported you at the last election, upon his assertion regarding a matter which I will state, are desirous of doing so again. That matter had reference to your separation from Gov. Clinton, and the belief that you had treated the Governor badly ^in that act^. General Jesup upon his own responsibility and his knowledge of the facts, denied the truth of the belief, and upon his denial those friends <illegible> for you. He now wants to know that he <illegible> was correct in what he said. His view of the matter was that you left Clinton when it became necessary to chose between him & the Country—to support the administration of Madison, and the vigilant prosecution of the war. Your conduct in regard to the War, he was a witness of, and it together with the act of the Senate causes his friends feelings toward you. Now you have the matter. Jesup is not a friend to be <displeased>! I told him of your indisposition to take up those old matters between the late Governor & yourself. He said that that could not be done, by any as his only desire was to be assured in any manner of the correctness of his assurances to his friends. Will you write to J. directly? Will you write to me, and have me show him the letter? or Will you write and have me in give him the assurance as from myself? Or will you write him directly? In any way no harm can grow out of this matter.

I see that John has been appointed a Director of the Merchants’ and Farmers’ Bank. Good!

Ogden told me that he had my Watch. I thank you for yr attention to my wish.

I am yrs very truly 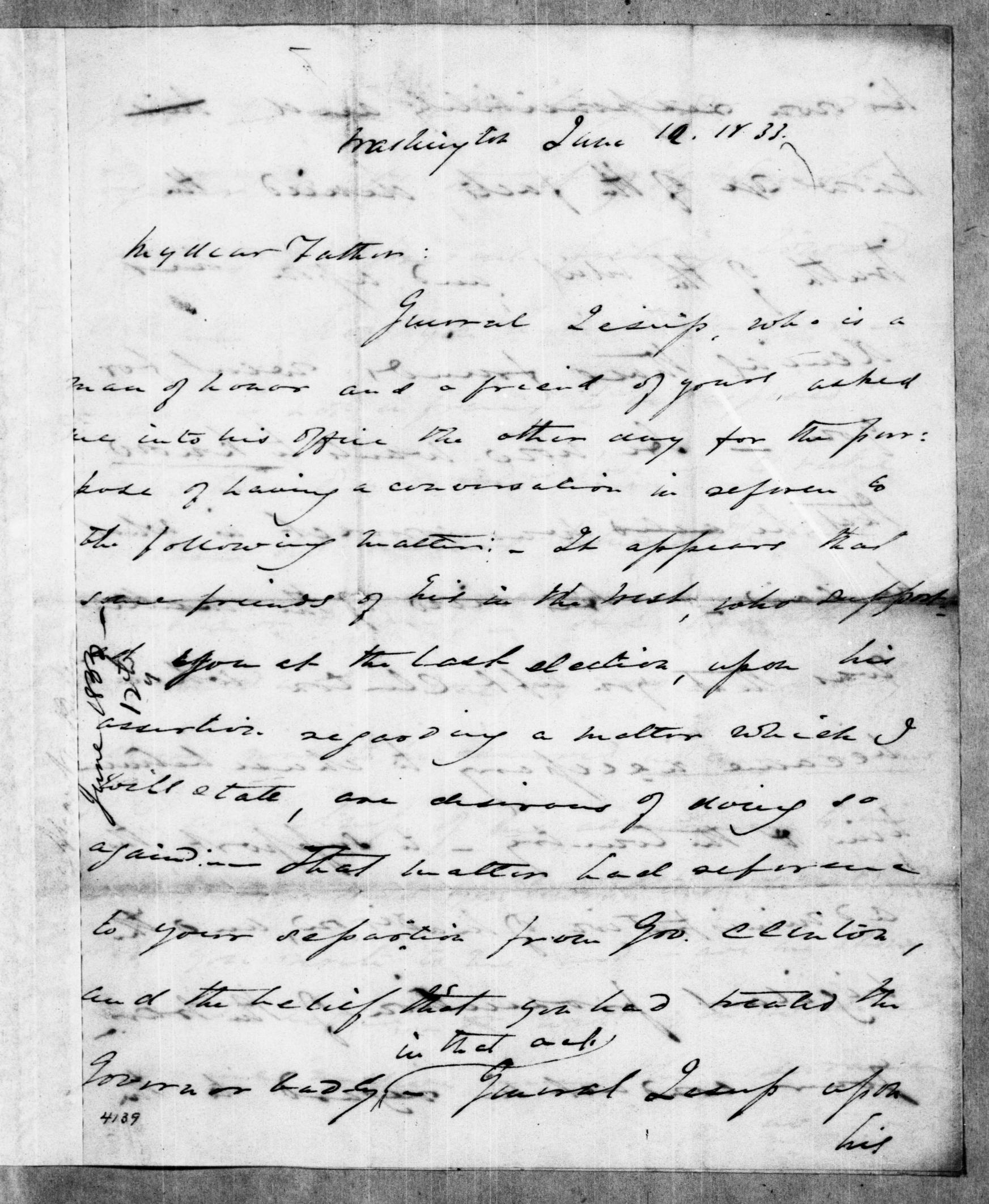 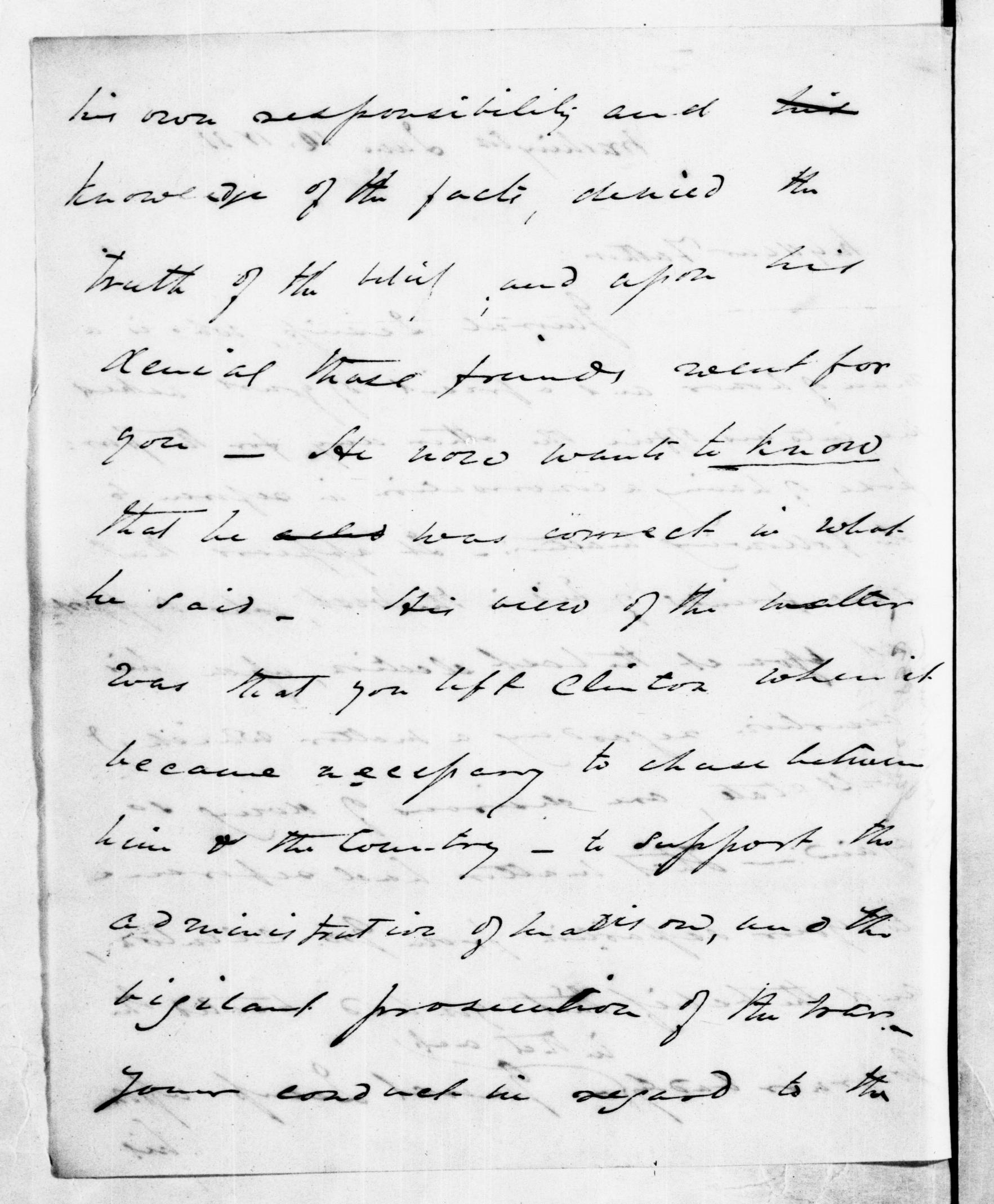 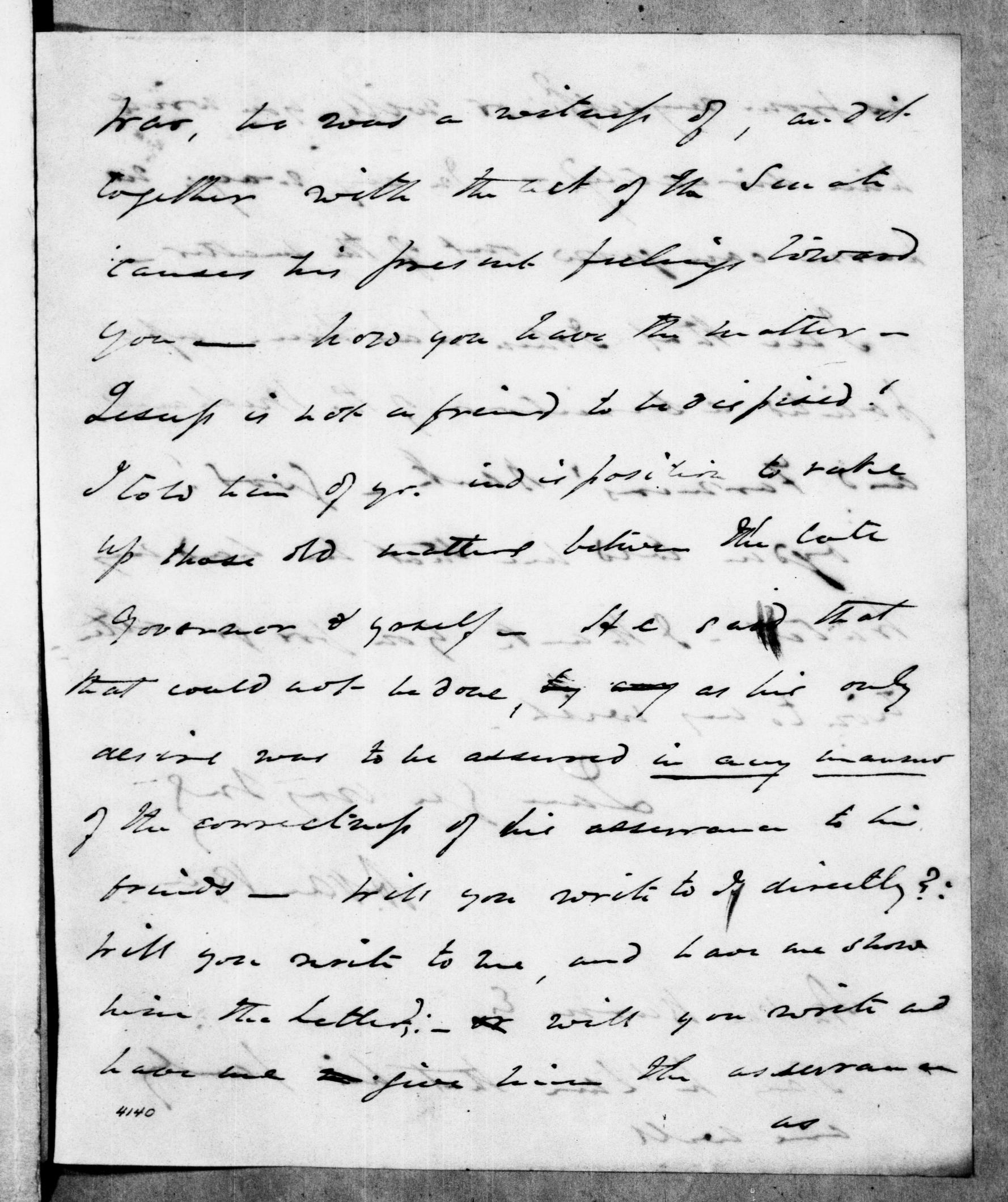 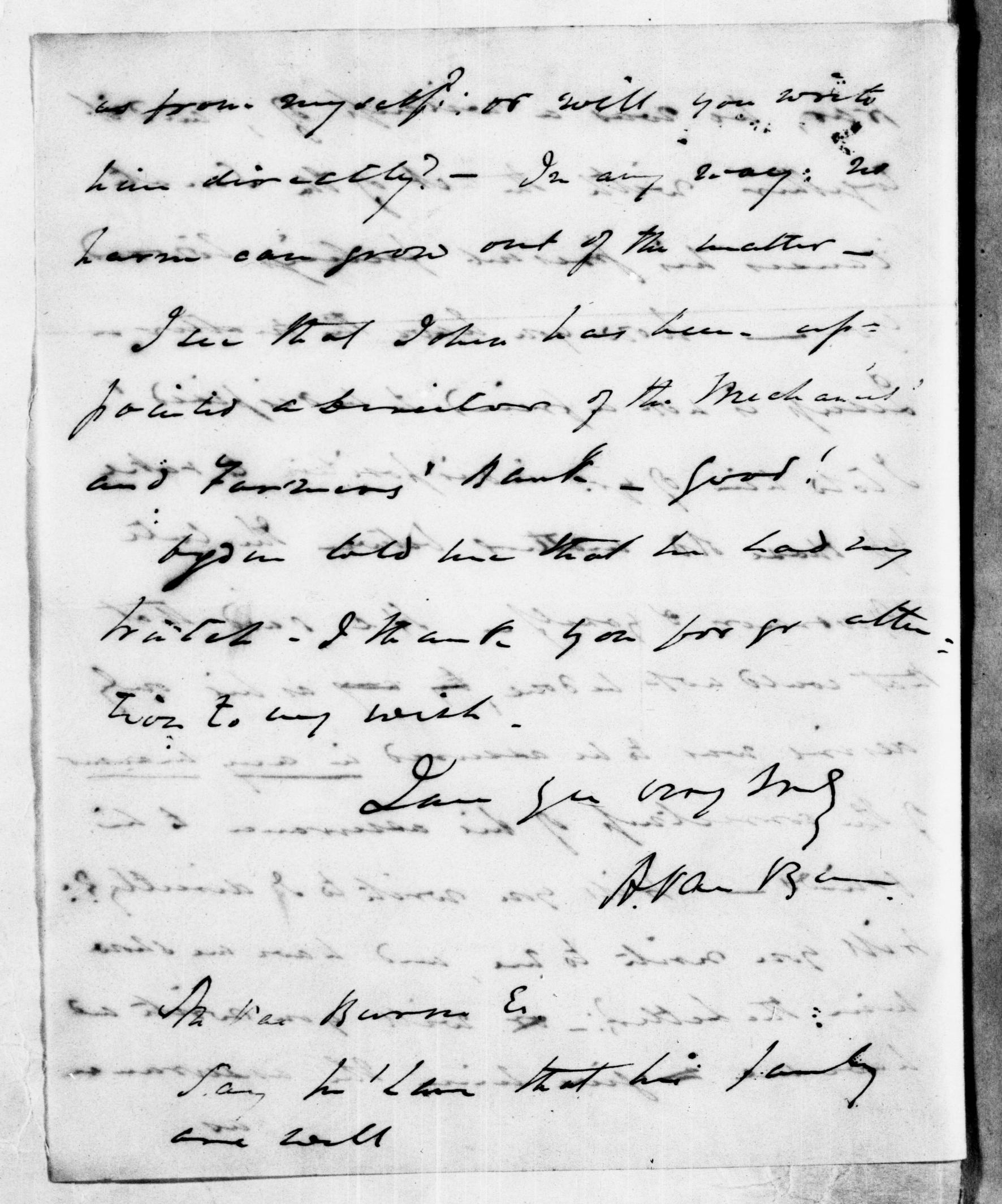