You will know best how far the letter accompanying this, from Mr Crabb is entitled to consideration. In my judgement, it has an honest face.  I will make inquiries as to the man, & if they are answered satisfactorily, I have not ^the^ least doubt that the subscriptions may be obtained, if it shall be deemed expedient to encourage any thing of this sort.

I am not surprised at this opinion of the Pennsylvanian. Bennett is too ruthless & dishonest—as marketable as Webb—indeed, now as heretofore, his friend & confederate. But I freely leave this matter to time: with the sincere hope that I may be disappointed in my estimate of the man & the value of his labors. Undoubtedly the affectation of friendship by all such fellows as Webb, Bennett & Sutherland, is more to be dreaded than their avowed hostility—enmity they ever have, if it be ever so much concealed, from sinister designs, for a season.

I meant to have said as much as this to our friend of the Mech. & Farmers’ B., but I was prevented from seeing him this morning previous to his departure. Do me the favor to return the letter by him.

P.S. Mr Chas. Butler writes me that he hopes to receive from you a formal letter of introduction to friends in Ohio. EC. 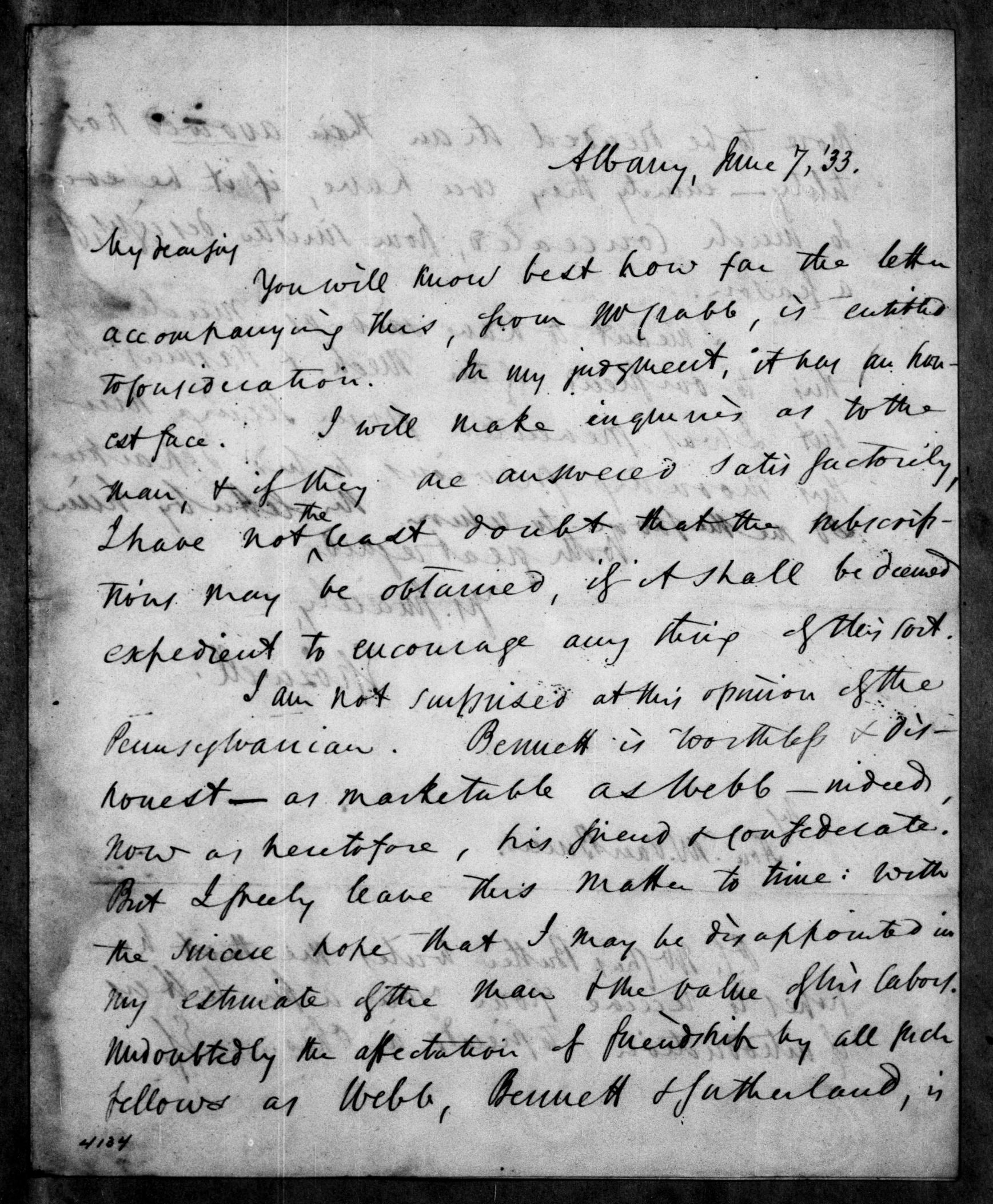 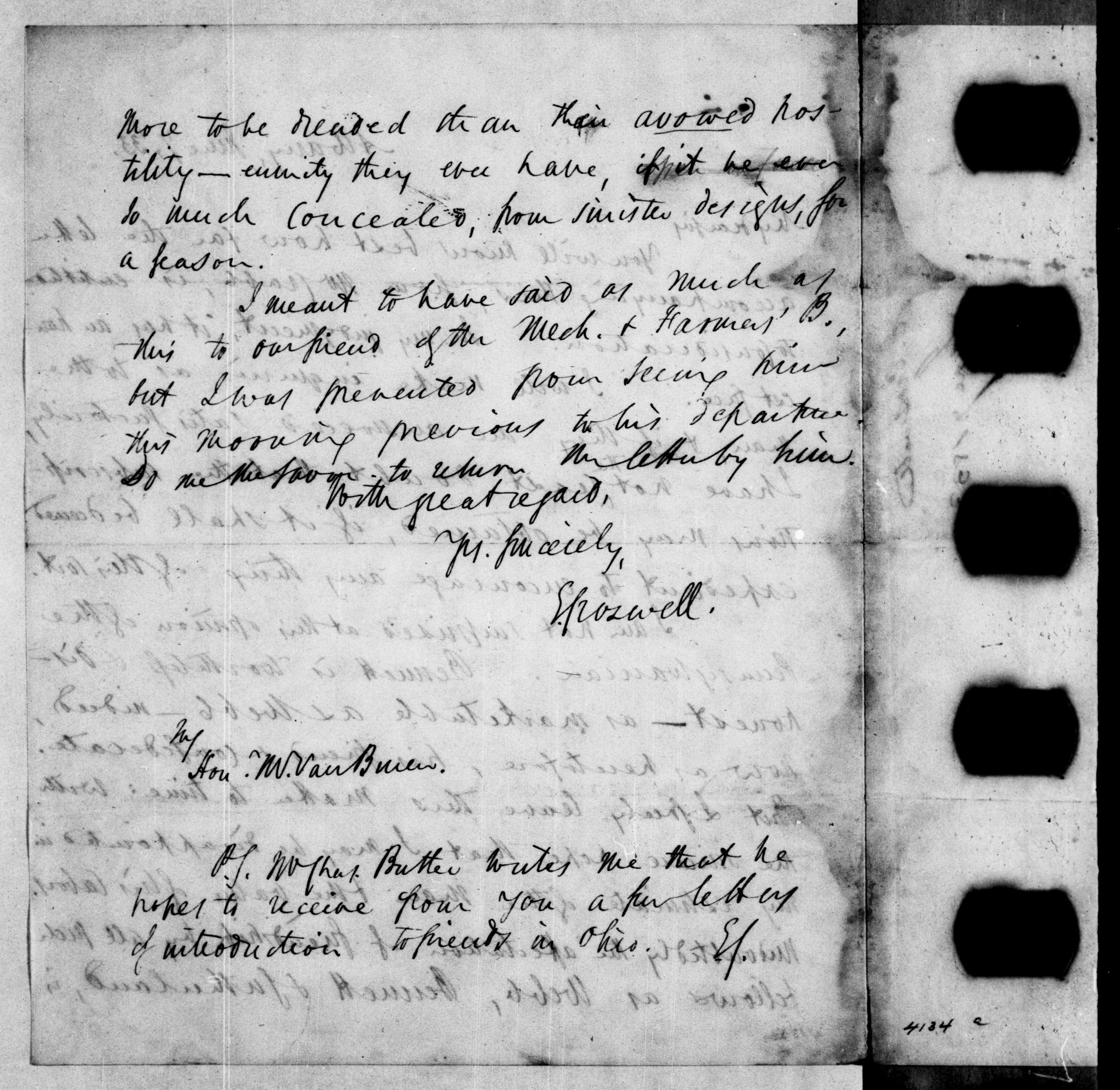 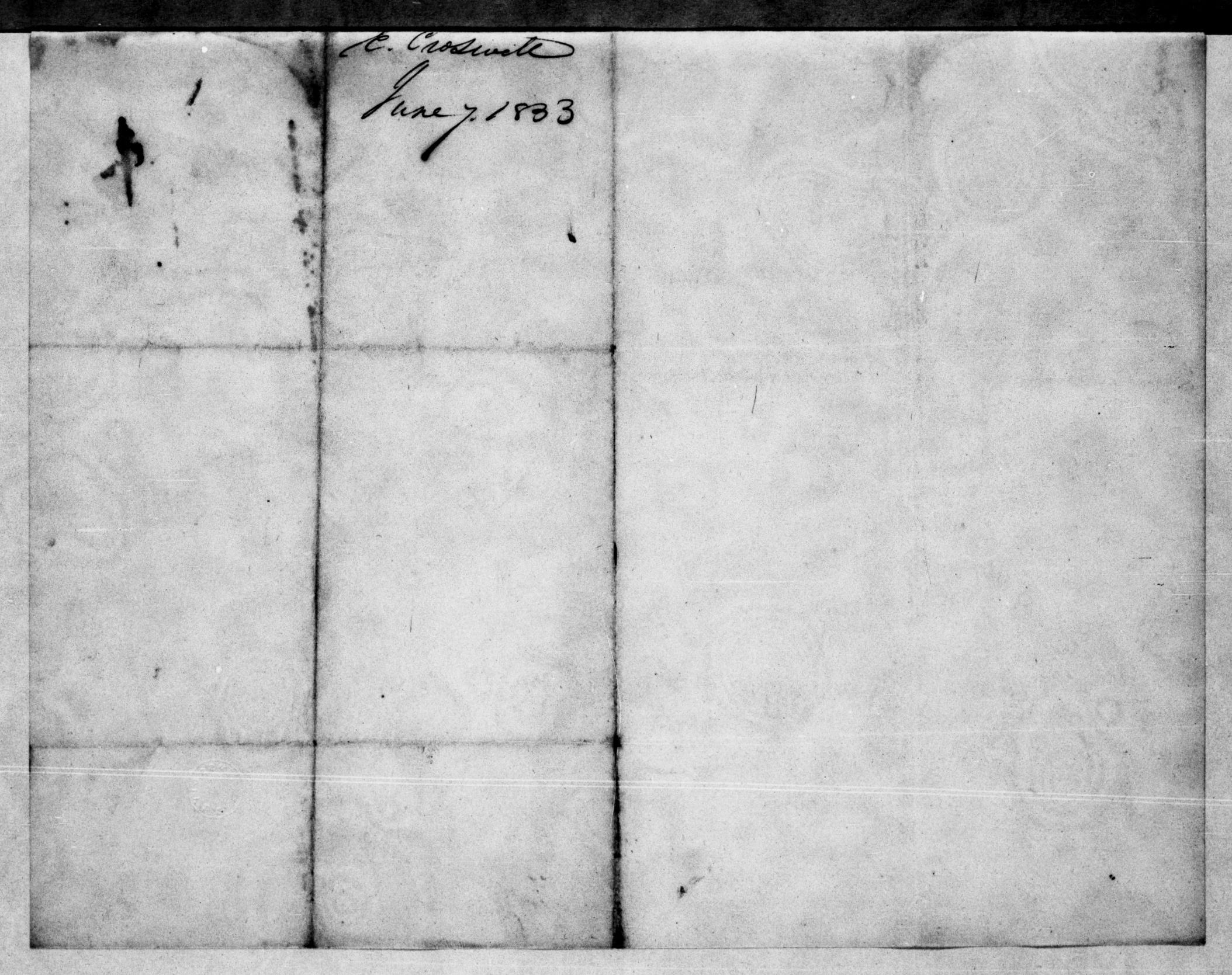