I have had the rooms painted papered so as to enable you, at your pleasure, to convert in them the lower or the upper one, of those spoken of in my last into a Dining Room.

Poor Randolph is dead at last! He told ^spoke to^ Commodore Ridgeley in Baltimore when he passed thro' there last about you, in his usual strain, as follows: "Well I suppose Mr Van Buren expects to be the next President: he will not; there will no more Presidents in this Country, the Union wont last." Of the President he said, "as for Gen. Jackson, I can compare him to nothing but a sticking plaster, as soon as he leaves the Govt. all the impurities ^existing^ in the country will cause a disruption; but while be sticking the Union will last."

The President is tolerably well; and I believe he will be able to go thro’ his tour with ease, and be much benefitted by it.

I wish you would tell William to get my Watch from Marquand’s. [When he sees any body coming on here!] and send it me: or say to John that he may command me for any thing if he gets the watch to me. 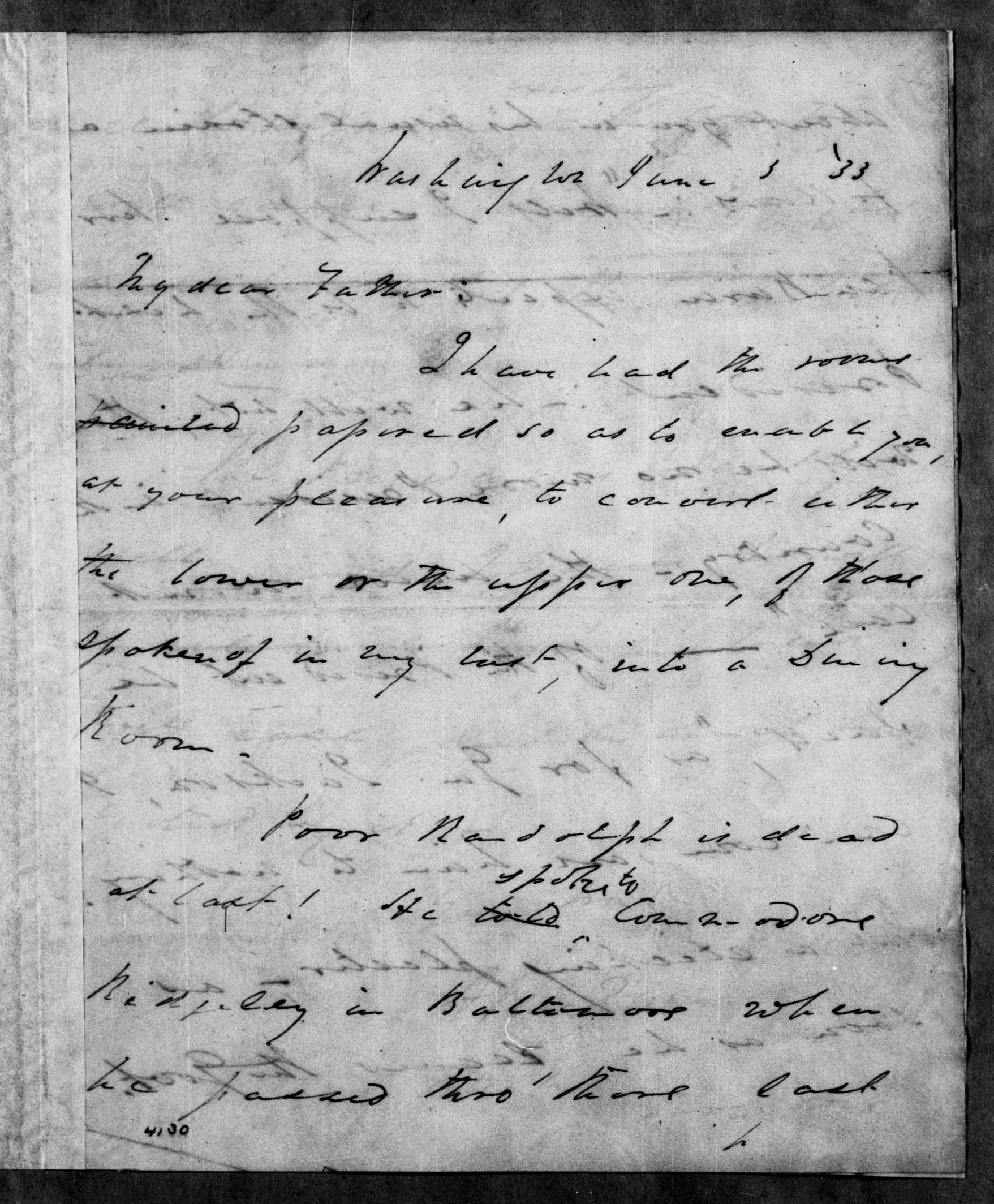 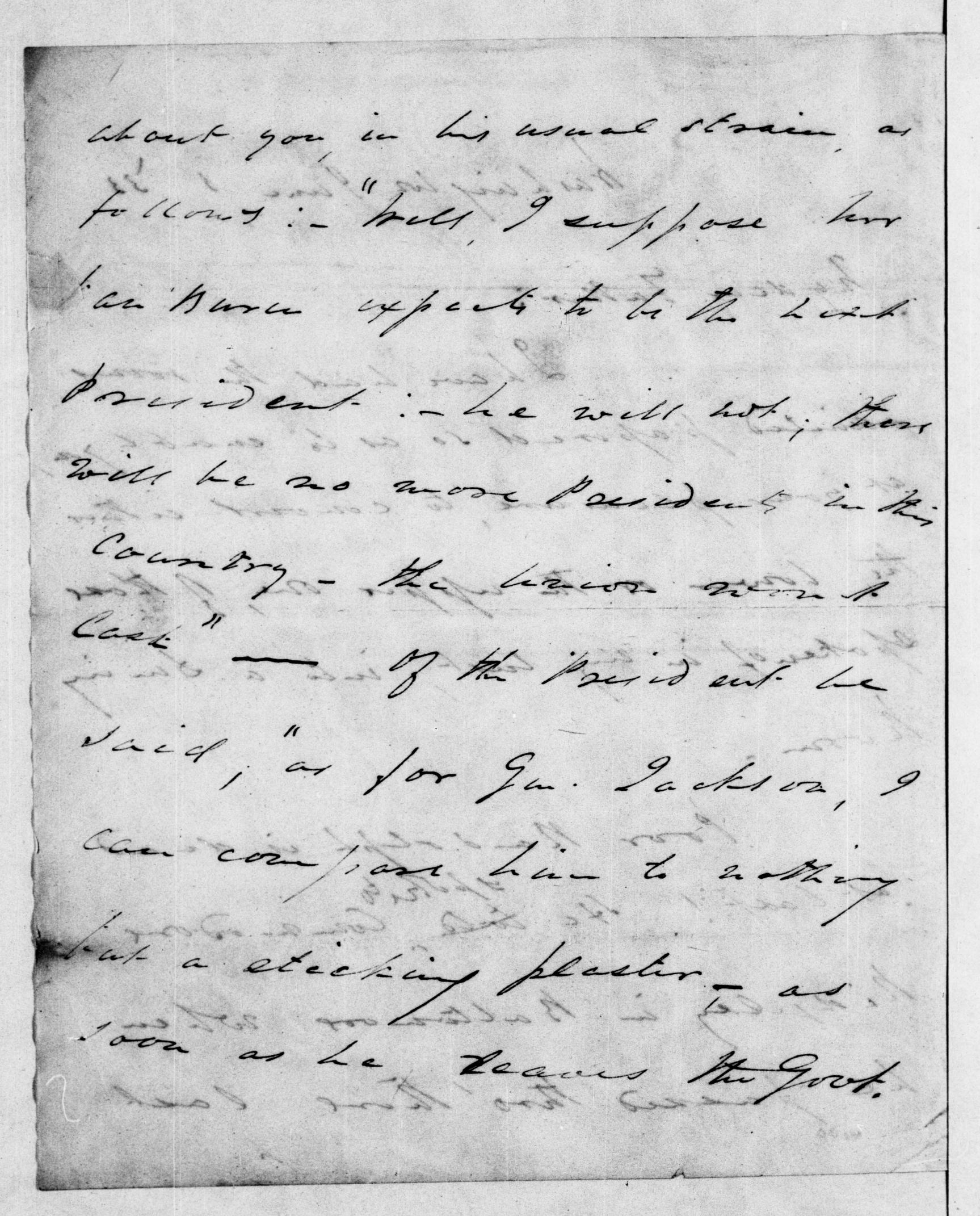 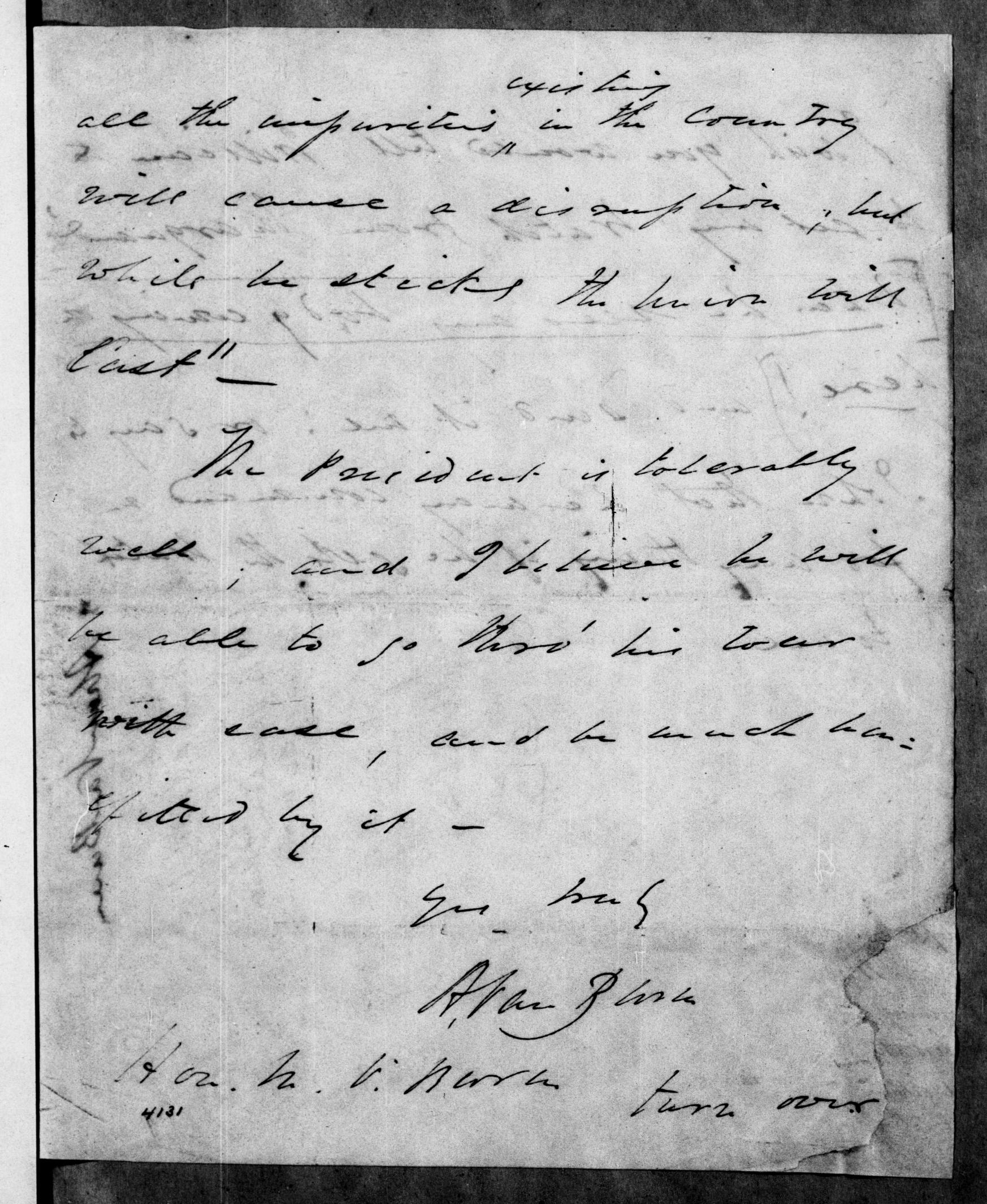 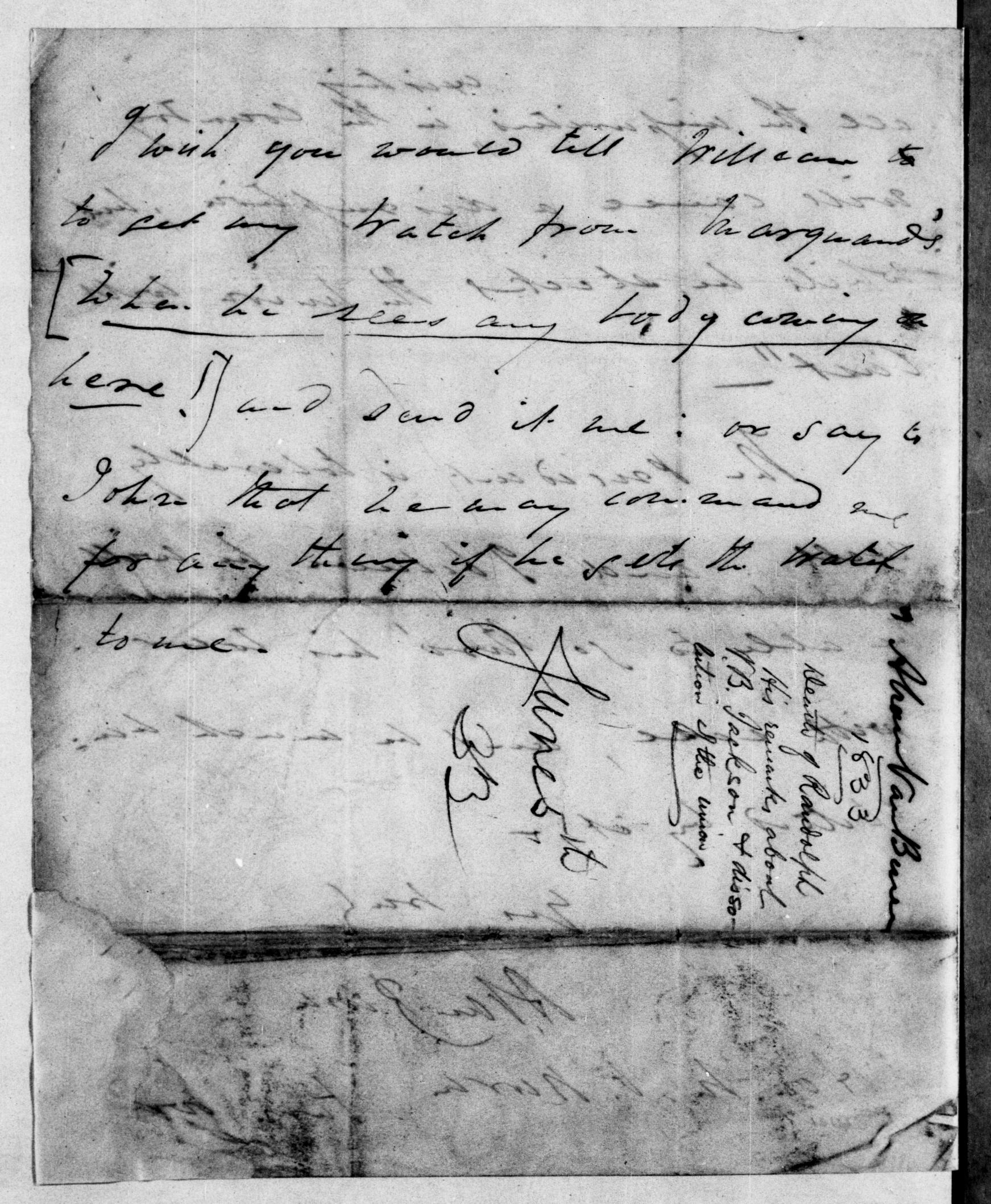 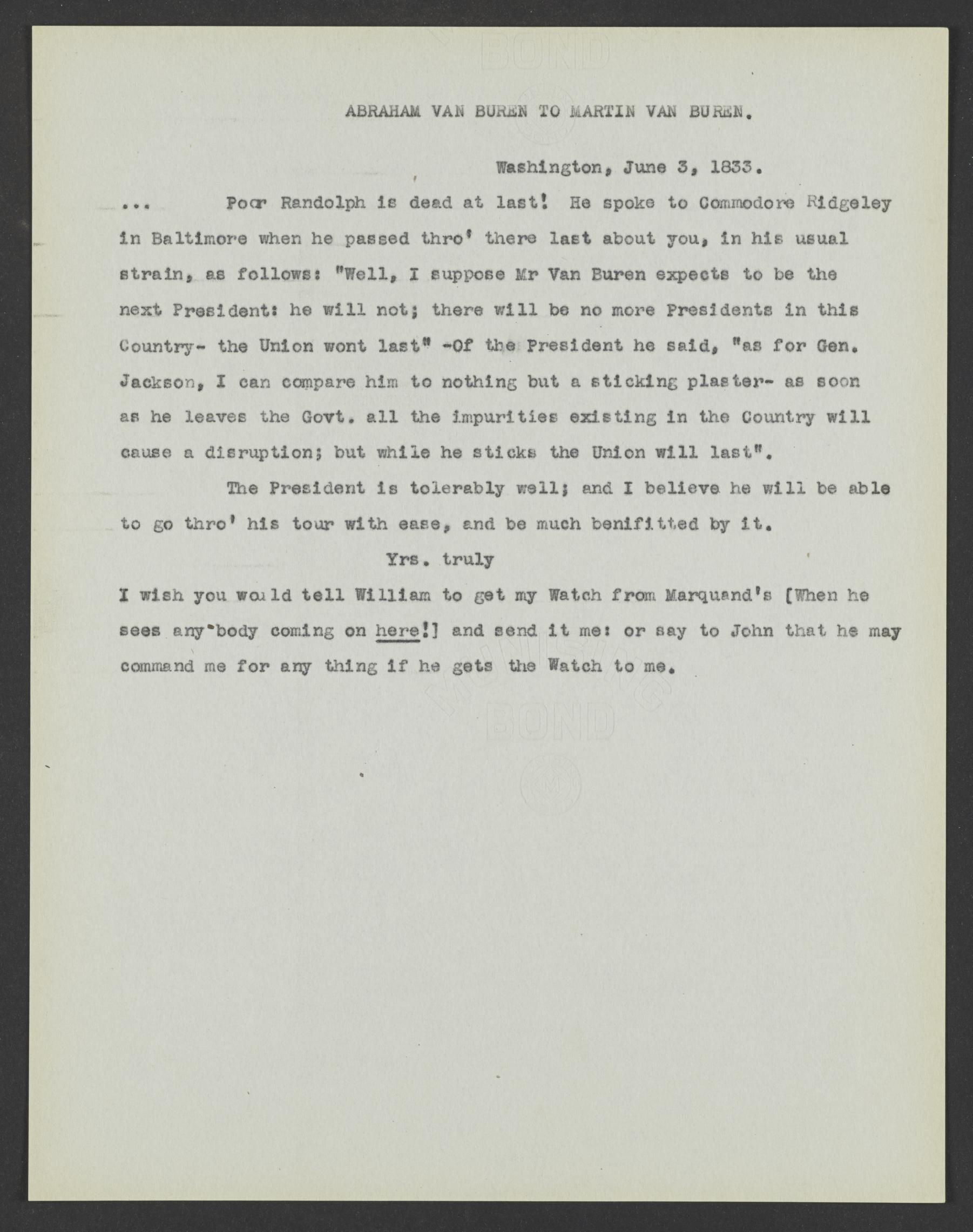