I have recd your letter of the 9th It is creditable to the nation the general disgust & excration that the dastardly & cowardly insult offered me by the late disgraced, & degraded Lt. Randolph, and it is equally creditable to the public presses, that so much unanimity on this event, prevades their columns. Still you see that the National intelligencer, unites in paliating Randolph, as he did Watkins. I am now convinced he, ^Joe Gales,^ is as base a man as Duff Green.

It is much regretted by me, and ever will be, that no one who knew Randolph, when he was approaching me ^where I was confined, sitting between the table & berths^ in all the humble attitude of a petioner, that ^there^ were none to announce that it was Randolph. Mrs. judge Thurston was sitting at the corner of the table, who knew him, & the judge standing opposite to me on the other side of the table. If this had been done, I would have been prepared & upon my feet, when, he never would have moved with life from his tracks, he stood in. Still more do I regret, that when I got to my feet, & extricated from the bunks, & table, that my friends interposed, closed the passage of the door, & held me, until I was oblige to tell them if they did not open a passage I would open it with my cane. In the mean time the villain surrounded with his friends had got <illegible> out of the boat, crying they were carrying him to the civil authority. Thus again was I halted at the warf. Solomon says, “There is a time for all things under the sun”, and if the dastard, will only present himself to me, I will freely pardon him, after the interview, for every act or thing done to me, or he may thereafter do to me.

I observe your remarks with regard to Doctor Southerland. My rule is to repose in all, but place confidence in none, until I find they are worthy of it. I mean to confide to none any thing that I do not wish to come before the public, until I know they are worthy to be confided in; and I am sure you will agree with me, that I have had sufficient cause for adopting this rule. It is a safe one, & one I would recommend to be adopted ^by you^ with our friend Doctor S. He is capable of doing much good, but I have such a contempt for Ingham that I am suspicious of all who have been his, and Calhouns satelites, & tools. Still I would extend to Doctor southerlands District that equality of office, as I would to any other, and I would treat him with as much justice, as any other member in congress.

My health has been bad since you left me, I have been labouring under a severe affliction from pain in my left side & breast for some weeks, it has changed to my left breast and is very painful to day. I may have got a <former> broken rib injured ^against the table^ in the struggle to get to my feet the other day, if this is the case, I hope it will pass off in a few days. Major Donelson has gone to the <doccs> at Baltimore, on his return I will determine whether I will attempt the travel East this summer, whn I will write you.

All my household joins with me in kind salutations to you & your sons. I write in much pain, 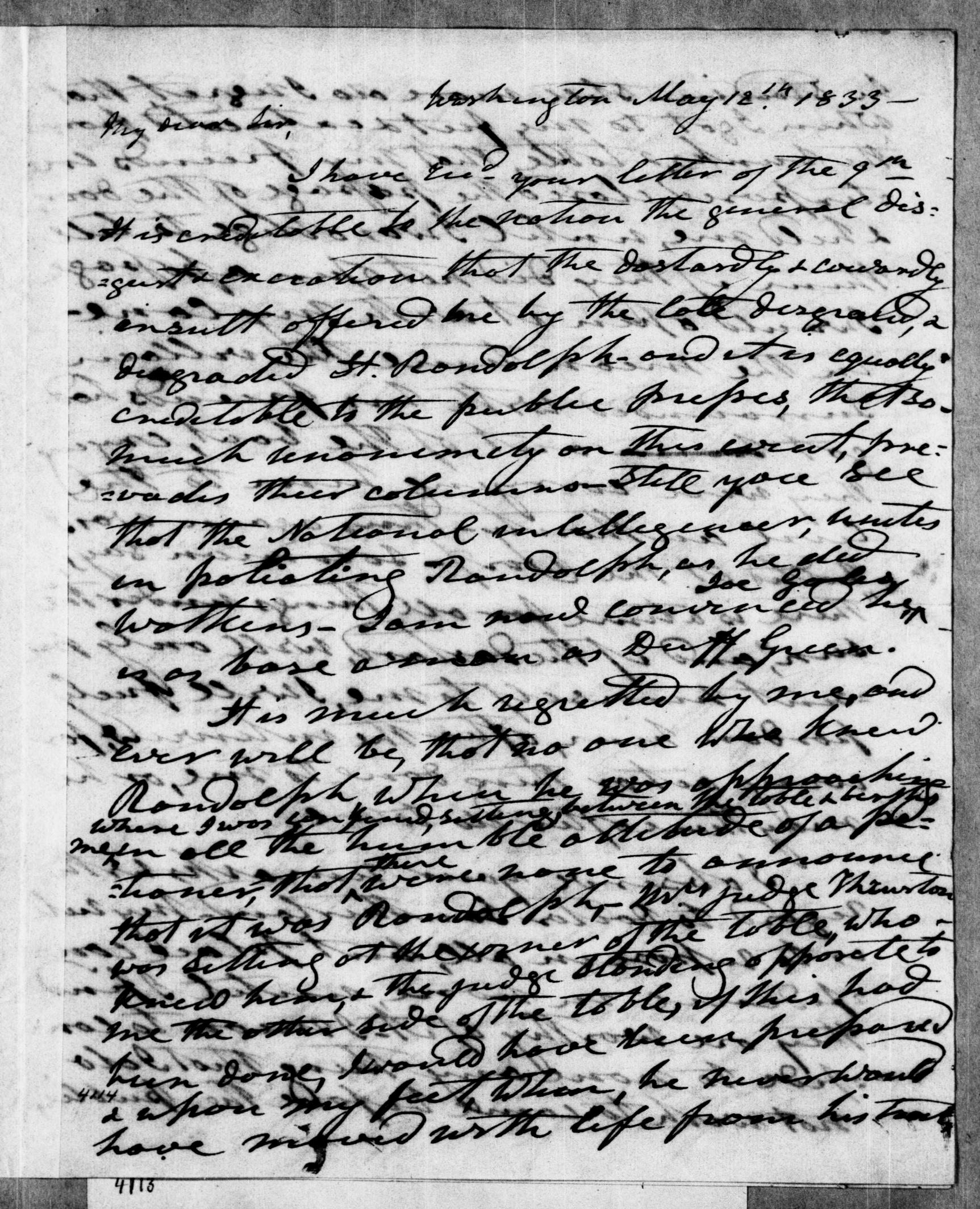 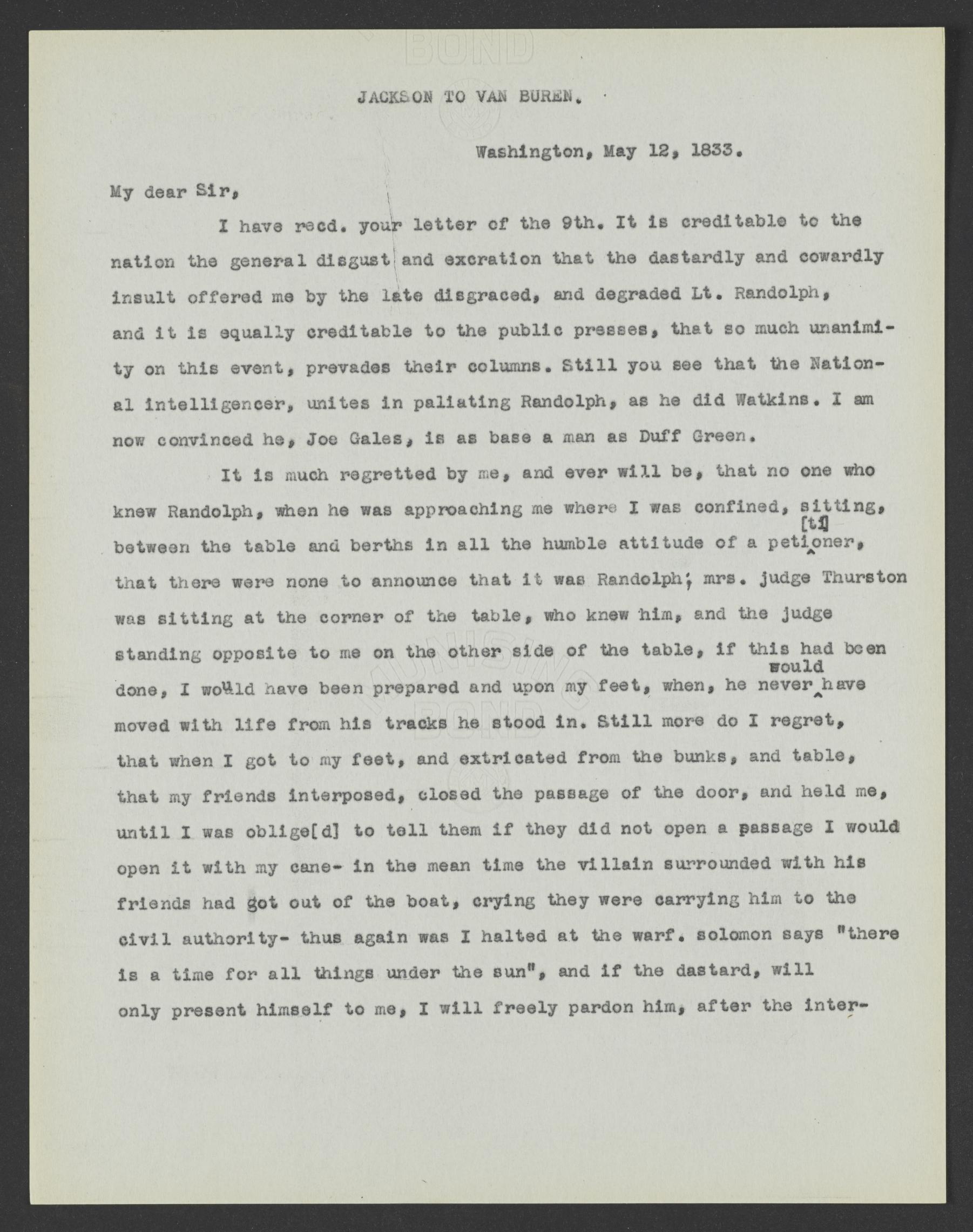 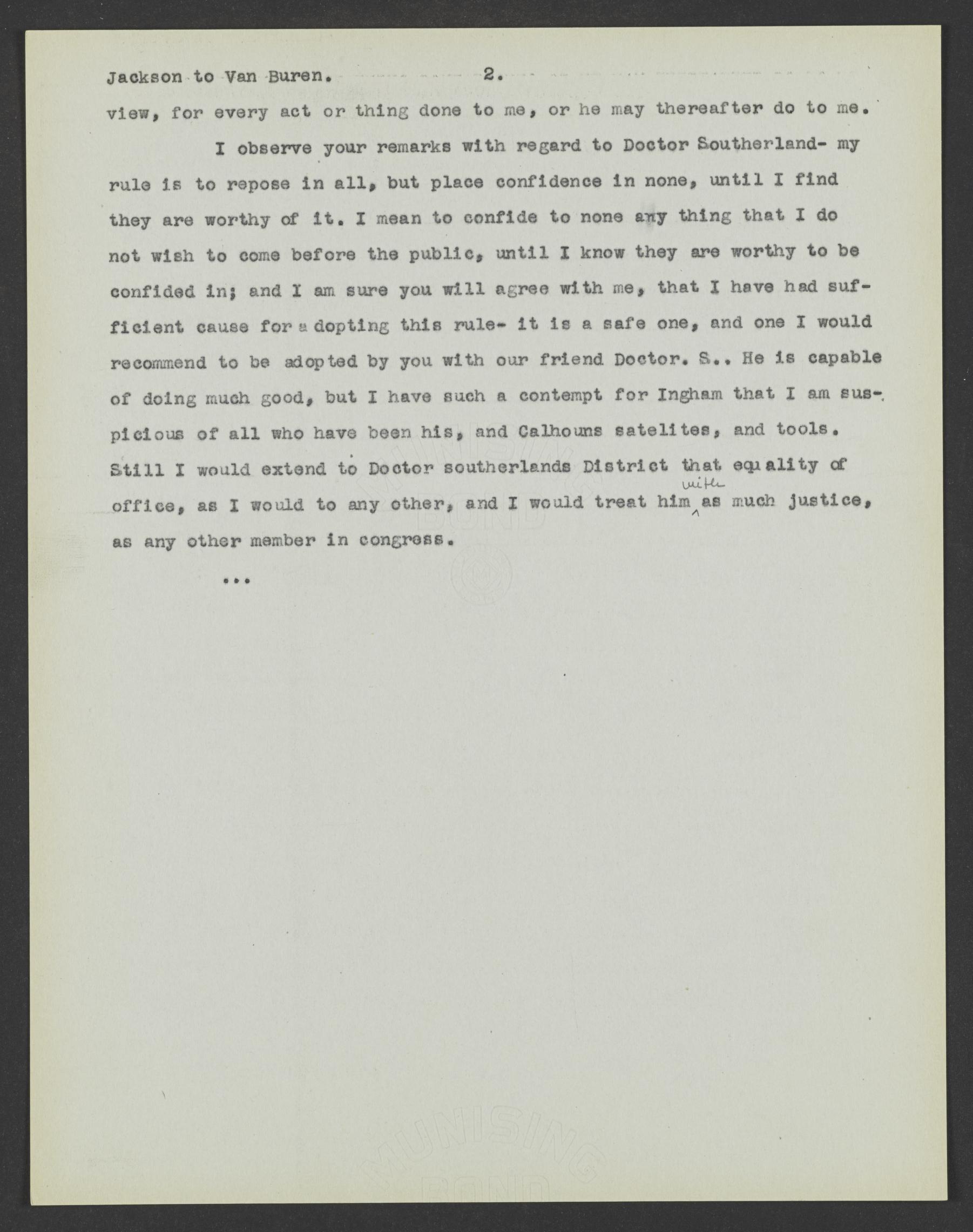