It is I presume quite unnecessary that I should say that the insult offered to you by Randolph has excited the utmost abhorrence here. With but one infamous exception the press has as far as my observation extends, spoken upon the subject in terms of unqualified reprobation. In this, as in all previous attempts the motive of your <enemies> is given only to show forth more distinctly the unfeigned & deep seated admiration & esteem of your Country men. I shall be impatient to hear of your return, & state of health. Do me the favor to snatch a moment from your business to drop me a line.

When at Philadelphia I saw Judge King & since I have been here I have been favored with a visit from Dr. Sutherland. I think I cannot deceive myself in believing that they & their friends are sincerely desirous of coming <in> cordially into the support of the administration.  They think they have been badly treated in being excluded from appointments whilst the favors of the Genl Governmt have been bestowed as the Dr. says, exclusively upon those whose strength in the State is very limited whatever their personal merits may be. I admitted that the fact was probably so but informed him that it was the natural result of the course pursued by themselves, & not of any desire, or intentions on your part, to foster a separate interest in Pennsylvania, that you intended no such disposition, but on the contrary looked upon all sincere friends of the Republican cause with the same feelings, and would always be ready to manifest that desire spirit whenever <illegible> opportunities ^were^ presented.

The Major has been deploring his bad fortune in not leaving with you, & desires to be affectionately remembered to you. Do the same thing for me to Mrs Donelson & all the family & believe to be as ever 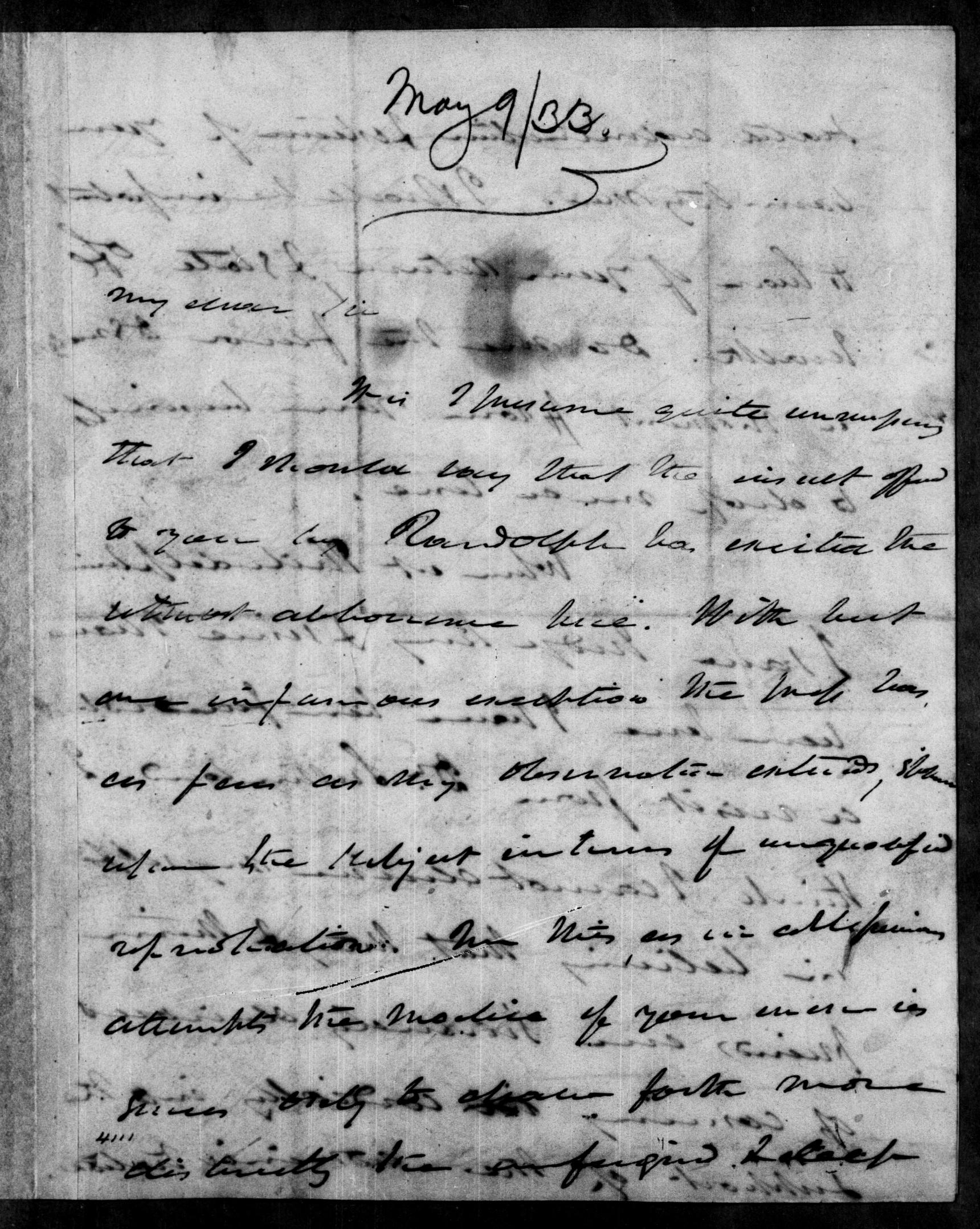 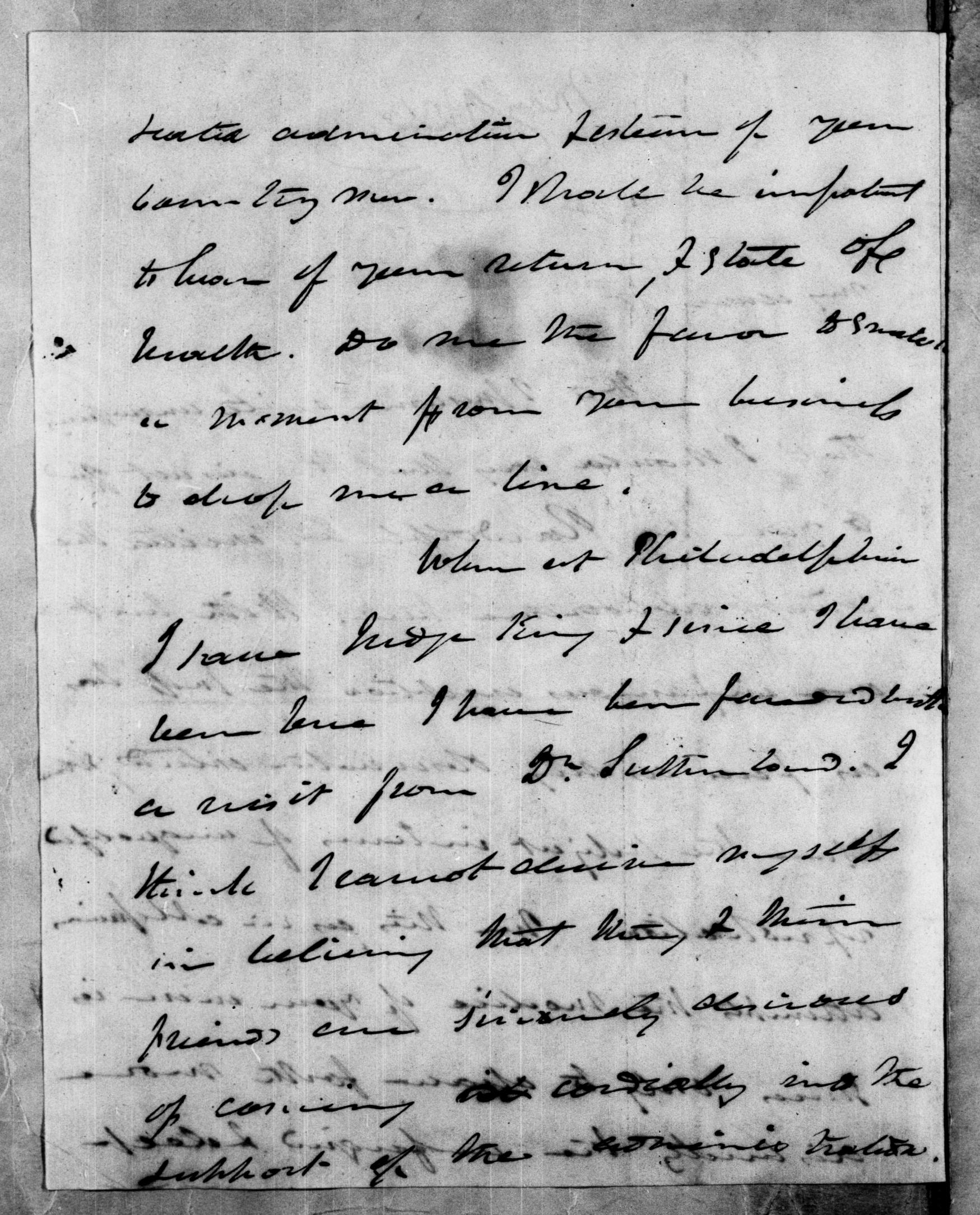 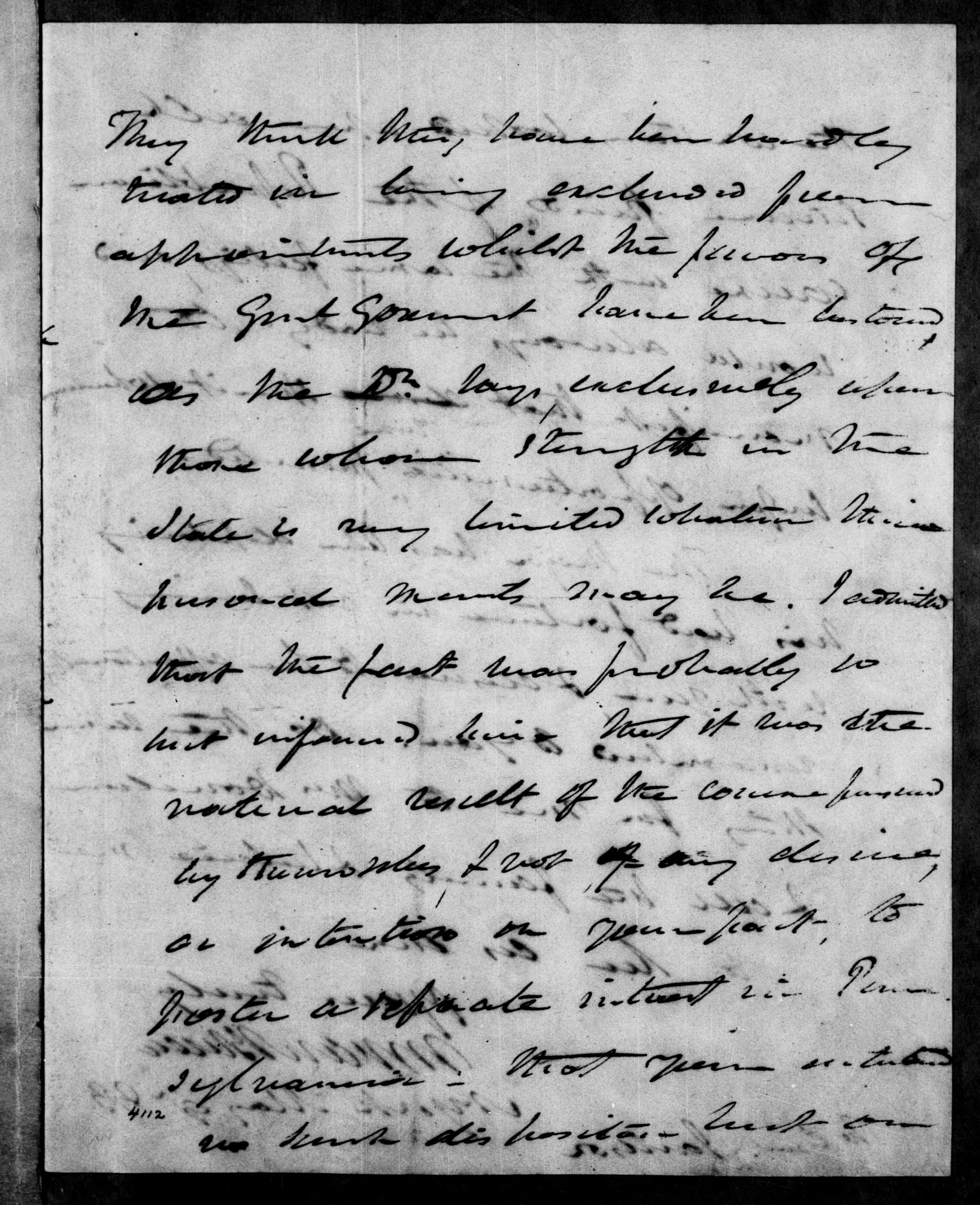 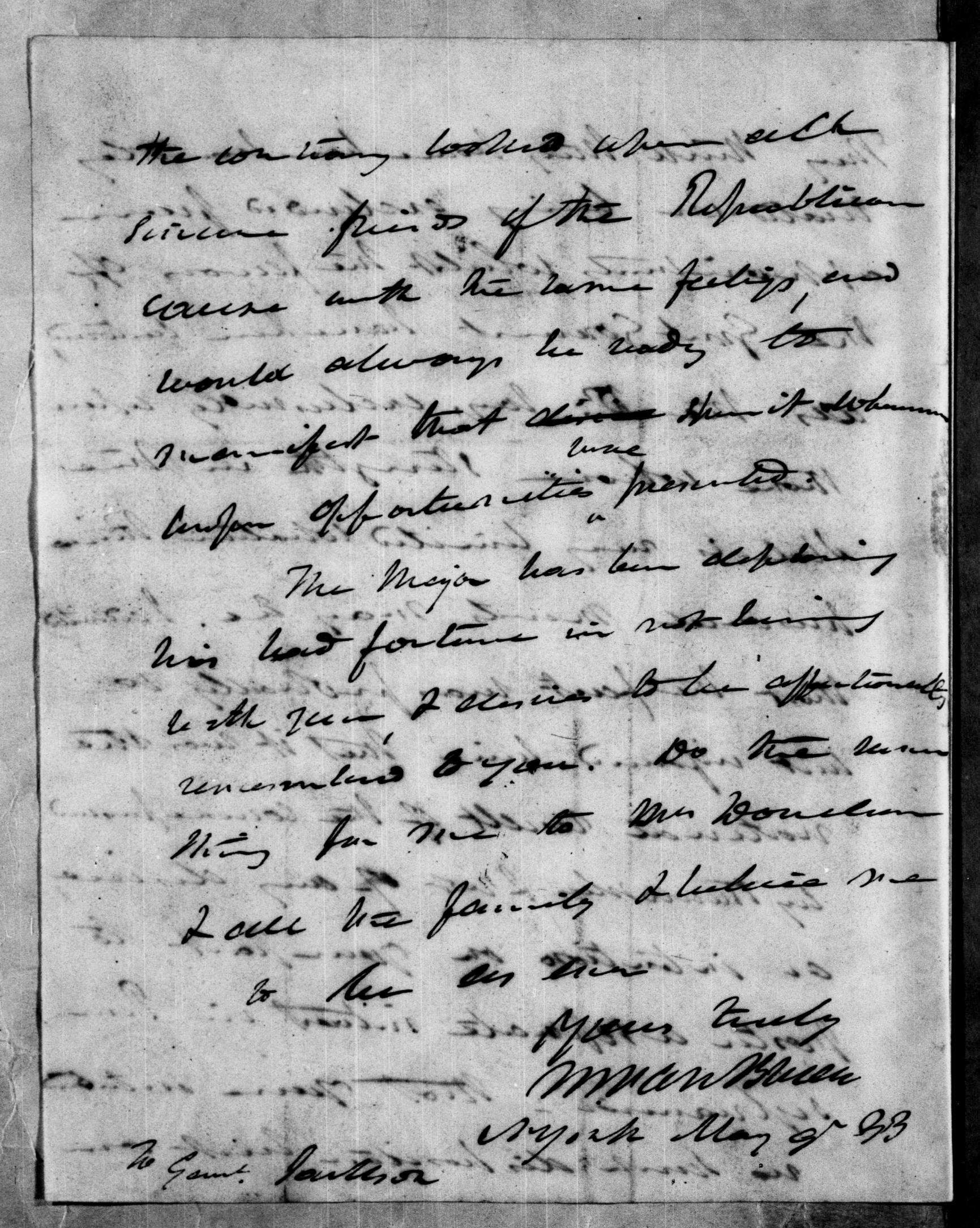