As [y]ou are in the habit of being troubled with other peoples affairs you will not I know grumble with the task we are about to impose upon you. The President had substantially made up his mind to remove Mr Cravan & appoint our friend Genl. Spicer in his place, and ^from what^ he told him before he left Washington the Genl. had a right to expect that result. Upon a more full consideration of the subject as it then stood, with the report of the Secty. of the navy, and the very numerous communications recd. since, he has come to the conclusion, not to remove Cravan at this time; and the object of his letter is to get you to see our friend Spicer and explain the matter to him. I know it will be a severe disappointment to him, but I trust to the generosity & manliness of his character, that he will leave it as he ought. The President is fully sensible of what is due to his zeal and fidelity, & sincerely regrets that he must deny himself this gratification of rendering his immediate service. His wish is that Genl Spicer will keep his pla present place until he has it in his power to do something better for him, & to be assured that no proper opportunity ^to do so^ will be supposed to pass by unimproved. If he has already up that place and any aid is necessary to enable him to regain it it will be <illegible> afforded. It is proper that I should say that anxious as I am to do something for our friend, I have nevertheless felt to be my duty under the circumstance to concur in this course, & I shall be greatly disappointed if the Genl. hesitates to believe that I would not have done so except for reasons which he himself as a true & liberal friend of the President would have concurred in. No one will be for three or four days apprised of the Presidents decision to enable the Genl. to save his feelings by speaking of it first himself. Tell him to be of good cheer. <I intended to be> I shall write you again & hope to see you soon.

This letter was, within a day or two of its date, loaned to Genl. Spicer who desired, as he said to shew it to his wife. It was not returned, tho’ previously asked for by me, till the 6th. of June through the Post office. 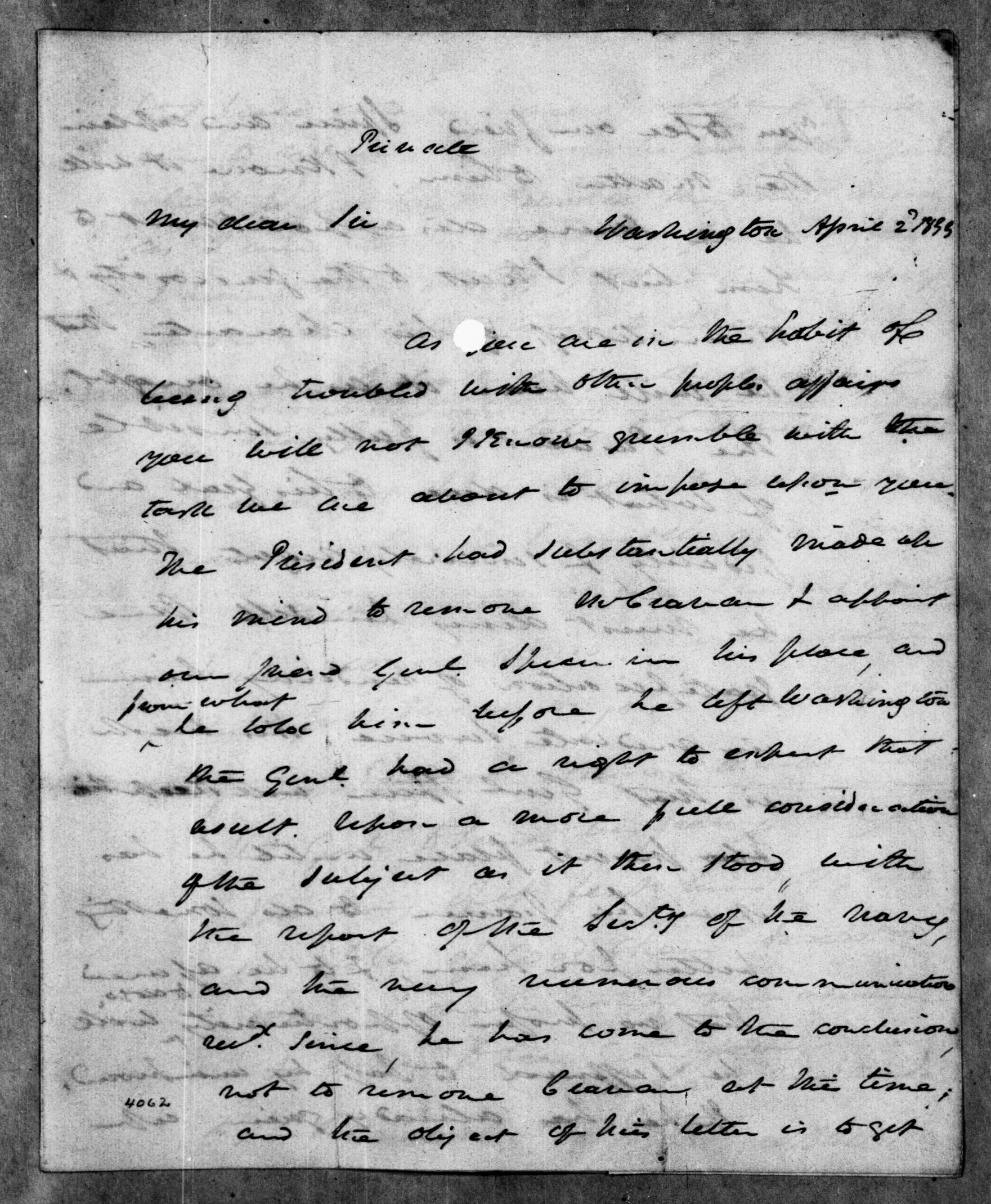 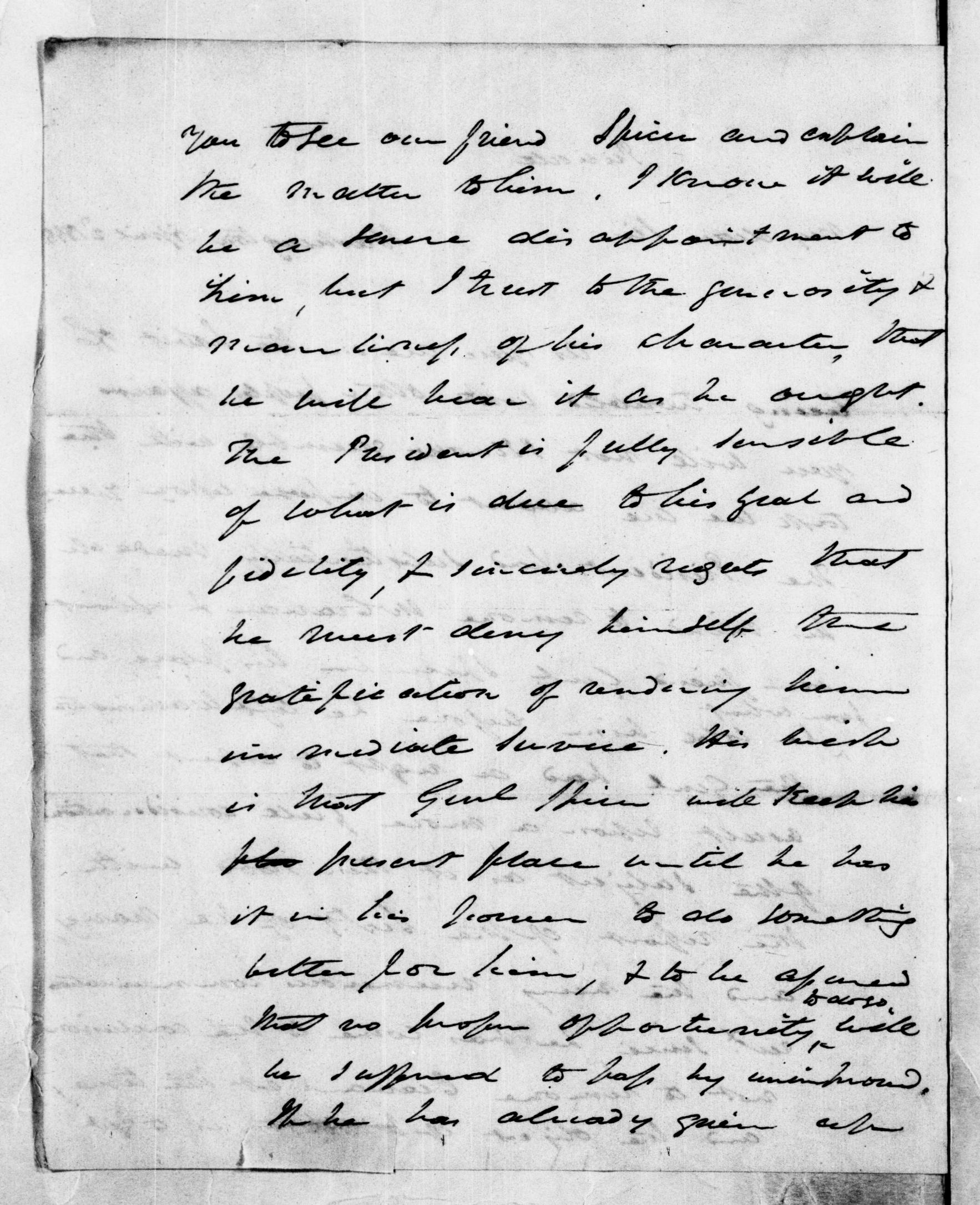 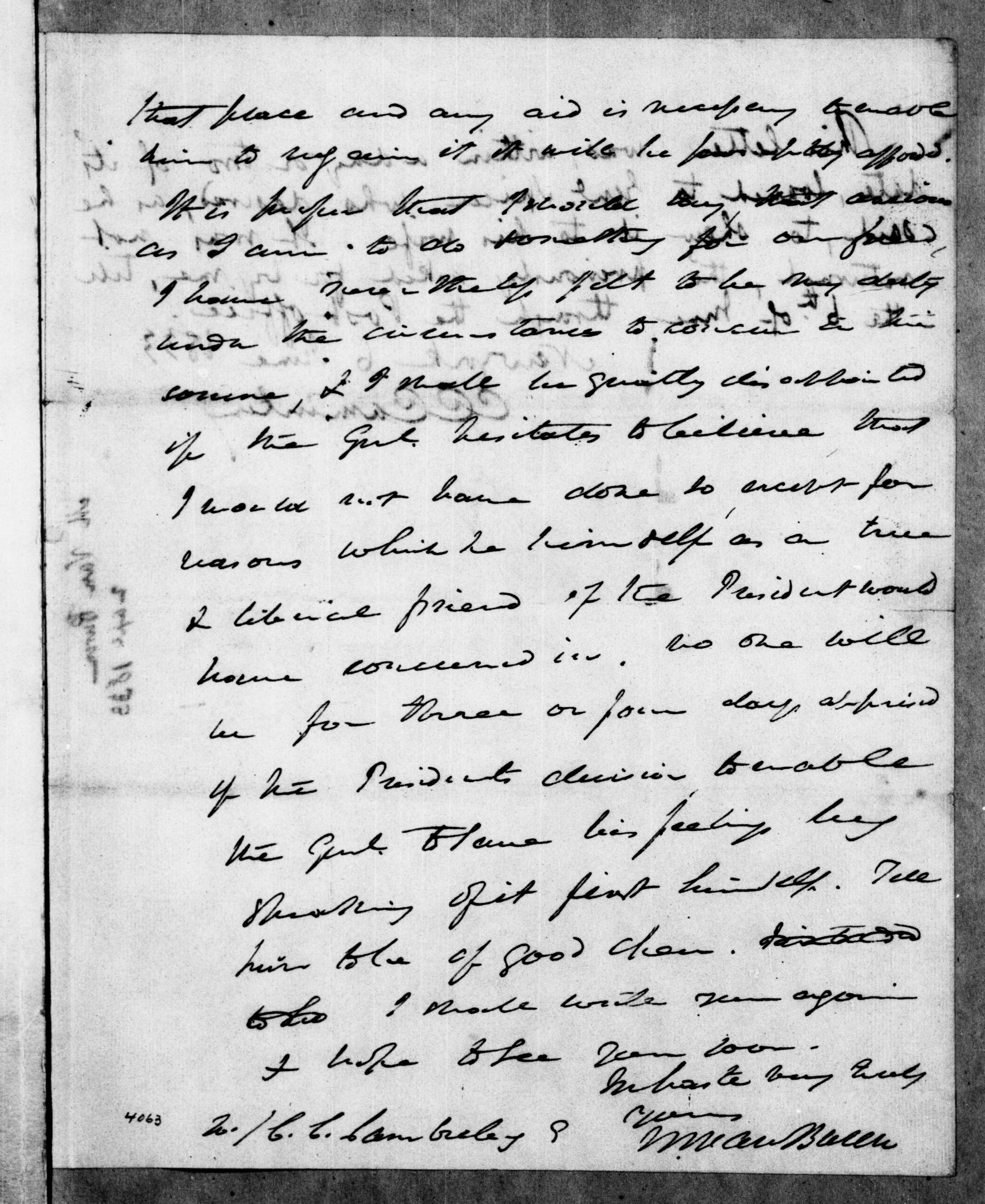 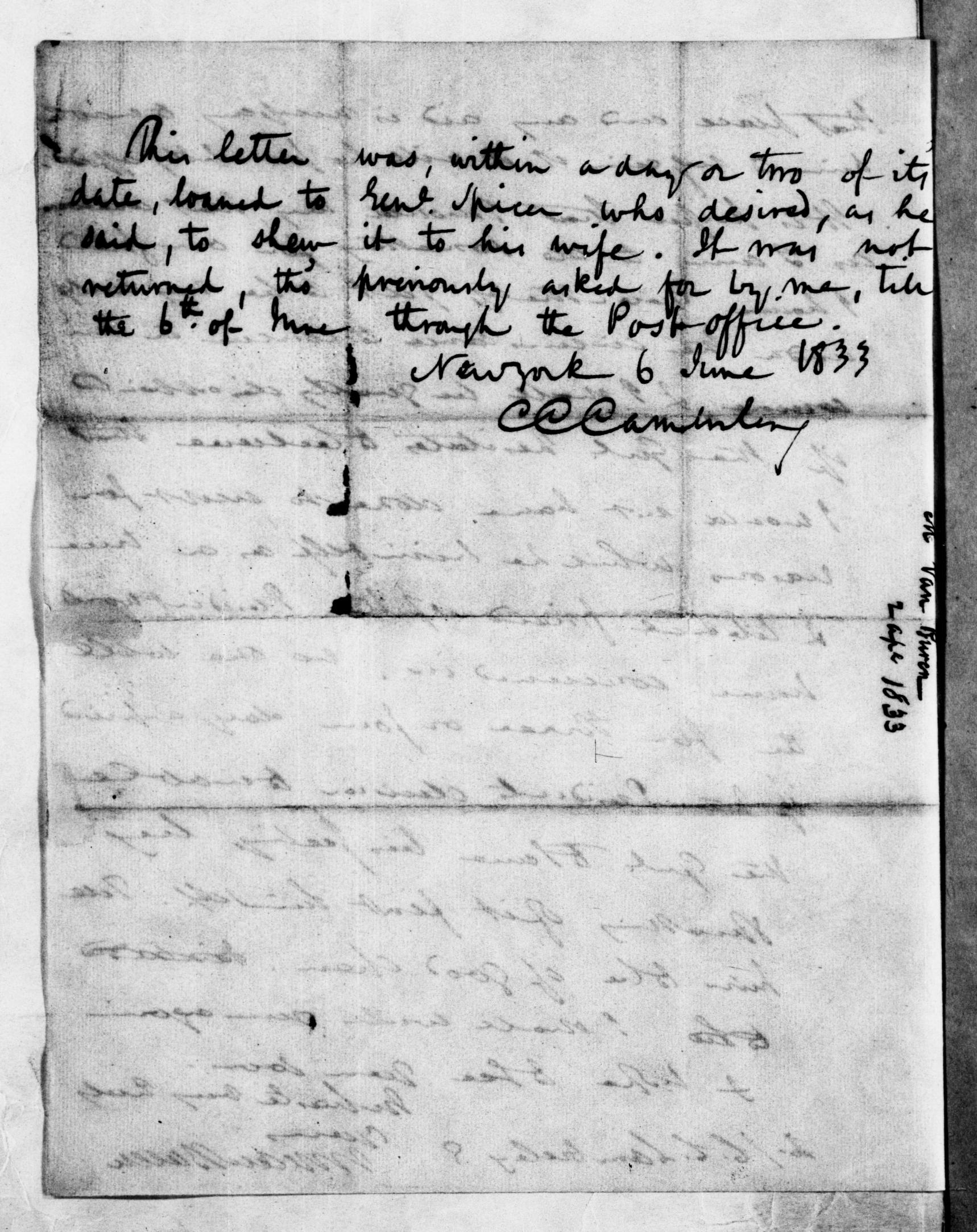