Since my return, matters here are in nearly the same state they have been for some time. It would be very difficult for that section of our party of which the Pennan is the organ to give the paramount impulse to the <State>, unless we get the Sutherland <people> to unite with us. Sutherland, King and those men have much talent in all party movements. They fill the primary meetings and get their men nominated. The course which I have pursued in the Pennan in <illegible> to <illegible> has so far made them <illegible>. A friend in the confidence of Sutherland has had several conversations with me about the propriety of harmonising and uniting. Sutherland himself, and Richards the late mayor appear anxious to reconcile differences. The democratic party of this city is cut up as much as in the legislature. There is a great deal of hostility between the leaders of the different sections. By a judicious temperate, yet firm course much may be done in the way of conciliation. There never was a state as completely cut up into pieces. Some changes are expected here, such as the postmaster of the city. There are various candidates, and if these changes are effected so as to bring about a union between the sections in the city, we could move with ten fold vigour upon the state. I do not know what man would be best to put in the place of Sargeant the P.M. There is so much cutting and carving that it strikes me it would be better to wait a <beat> for events, to see the progress of things for a few <weeks>. If I should be properly backed by our friends at Washington and elsewhere, this state may be gradually made safe for us. I must be allowed to <illegible> my own course and to avail myself of every contingency that occurs. This position is different from New York or any other place. Our friends here <illegible>, Leiper, <illegible>, Gilpin &c are whole souled excellent men but they are not politicians and dont understand party operations. Hereafter, since General Jackson is out of the way, party movements carry the day. The events of S. Carolina can be turned to some advantage in this State. I do not think there will be any election of Senators. At any rate it is <hugely> important to defeat Mc Kean. Our friends purpose is to accomplish that, to put off the election, to get hold of the Sutherland party, to coax or compel them into our manner, and then to make a general and combined effort to carry the city councils next fall, and of course the state. What particular course, or with what particular question or questions we shall go into the next election, I scarcely cannot tell. It will <depend> [. . .] contingencies. When I was in Washington, Mr <illegible> sent for me and wanted to see me. I had a long interview with him and talked of a variety of things. What are his purposes?

I am Dear Sir Yours Truly 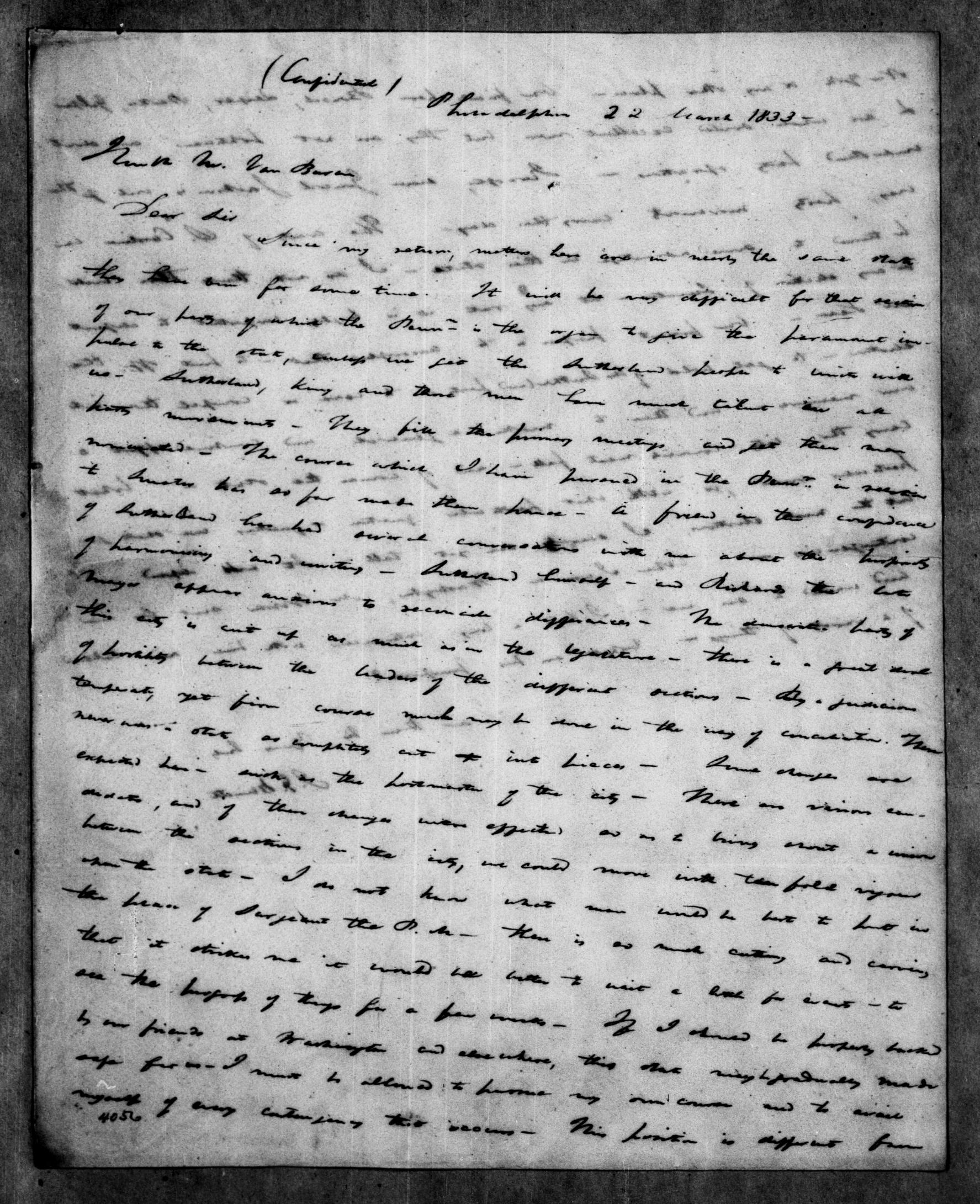 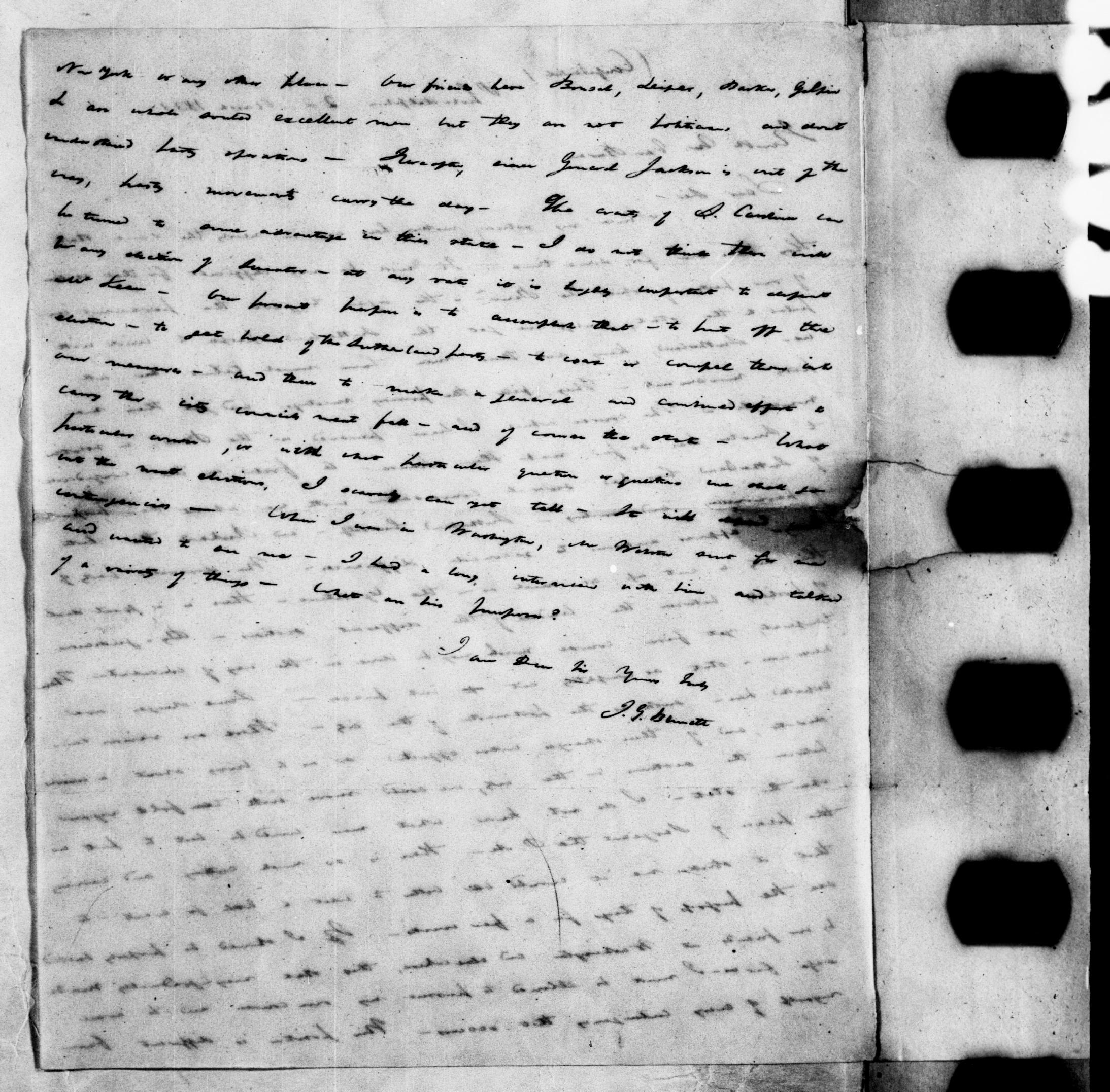 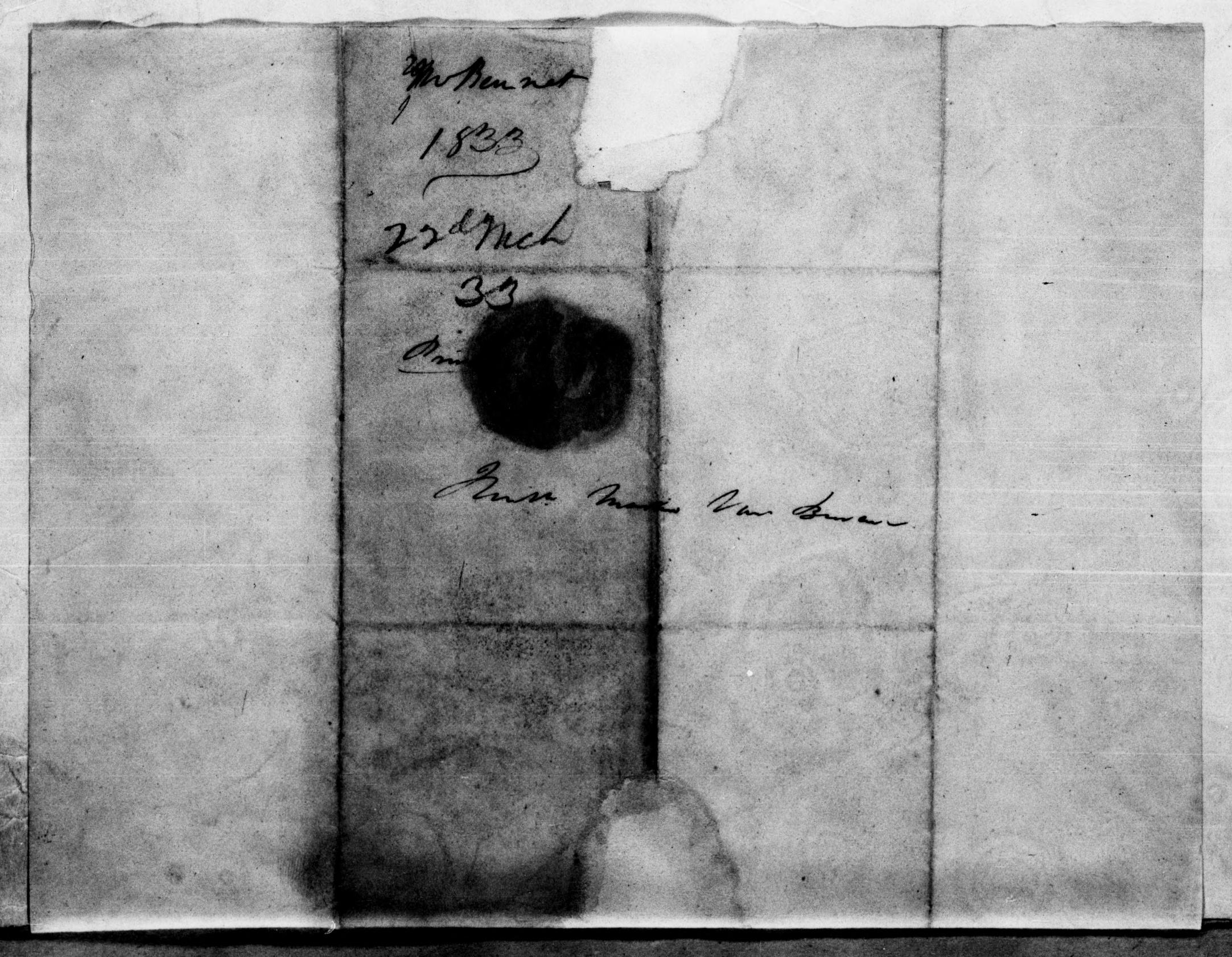