Mr. Perrin Washington of this County (Frederick) has been endeavouring to obtain a Clerkship, or other Office in Washington to enable him to support an amiable and distressed family. He was once in affluent circumstances, but met with misfortunes in Trade, not attributable to any fault on his past, and has always been considered a very amiable, deserving man & is most respectably connected. He has also been at all times a zealous friend to the present administration & when he had nothing to ask from it. Those circumstances induced me a few months ago to write a Letter in his favour to Major Lewis and he was afterwards strongly recommended by Mr. Rives & others to the heads of departments. Hitherto however he has been unsuccessful in his application, but has been advised to get a Letter to you which he has solicited me to write. However disagreeable it is, to trouble you on such subjects after your kindness on a former occasion, I have yet not thought myself at Liberty to withhold my testimony from a worthy man, and his amiable family, who seem to think a Letter to you might essentially serve them. Indeed until I received his Letter I did not know you were in Washington, or I should have taken the opportunity, since my late arrival at home, to acknowledge the receipt of the Pamphlet you sent me containing the Report of the New York Legislature, which I cordially approved. I have been much mortified at the course taken by some of our friends in Virginia in relation to the proceedings in South Carolina, and the conduct of our excellent president. There were certainly passages in the proclamation susceptible of a meaning adverse to the opinions I have ever entertained. But when I considered the general <bearing> of the presidents official acts, and the great obligations we are under ^to him^ for restoring the Government to its pure democratical principles, as well as the objects he obviously had in view, in that document, I was satisfied he did not mean to be understood as having changed his opinions, or intending to change the character of this administration. Such I believe will be the sentiment of Virginia.

I rejoiced in the passage of the new Tarrif Act, whatever motives induced the advocate of the “American System” to propose it, not because it is much more favourable to the interests of the South than the act of 1832, but because the people of that section, choose to think is so, & it will give us peace. At the same time I think it was due to the honour & dignity of the Government (words, however, often abused) to provide further for the collection of the duties. I received a Letter from Mr. Rives with his speech & I think he has taken the same ground.

With great respect I am

Post: Mr. Washington is well qualified for a Clerkship or an office similar in its duties. 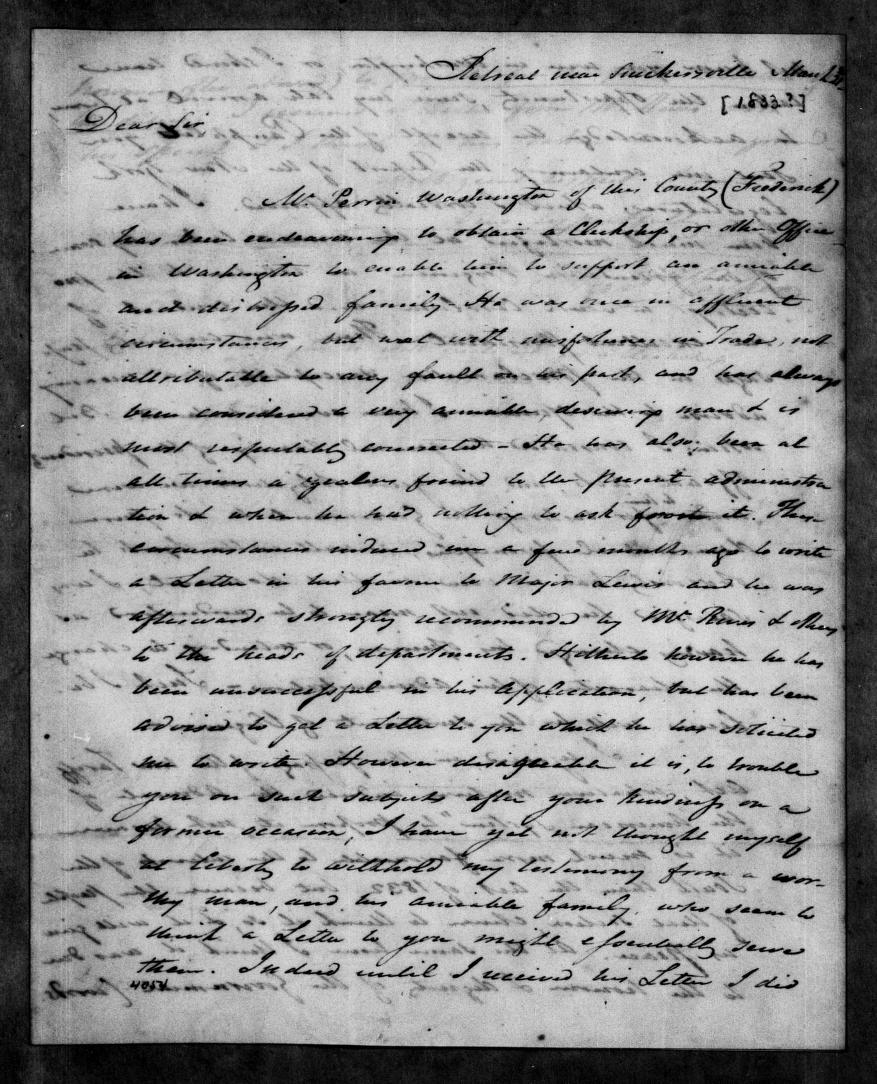 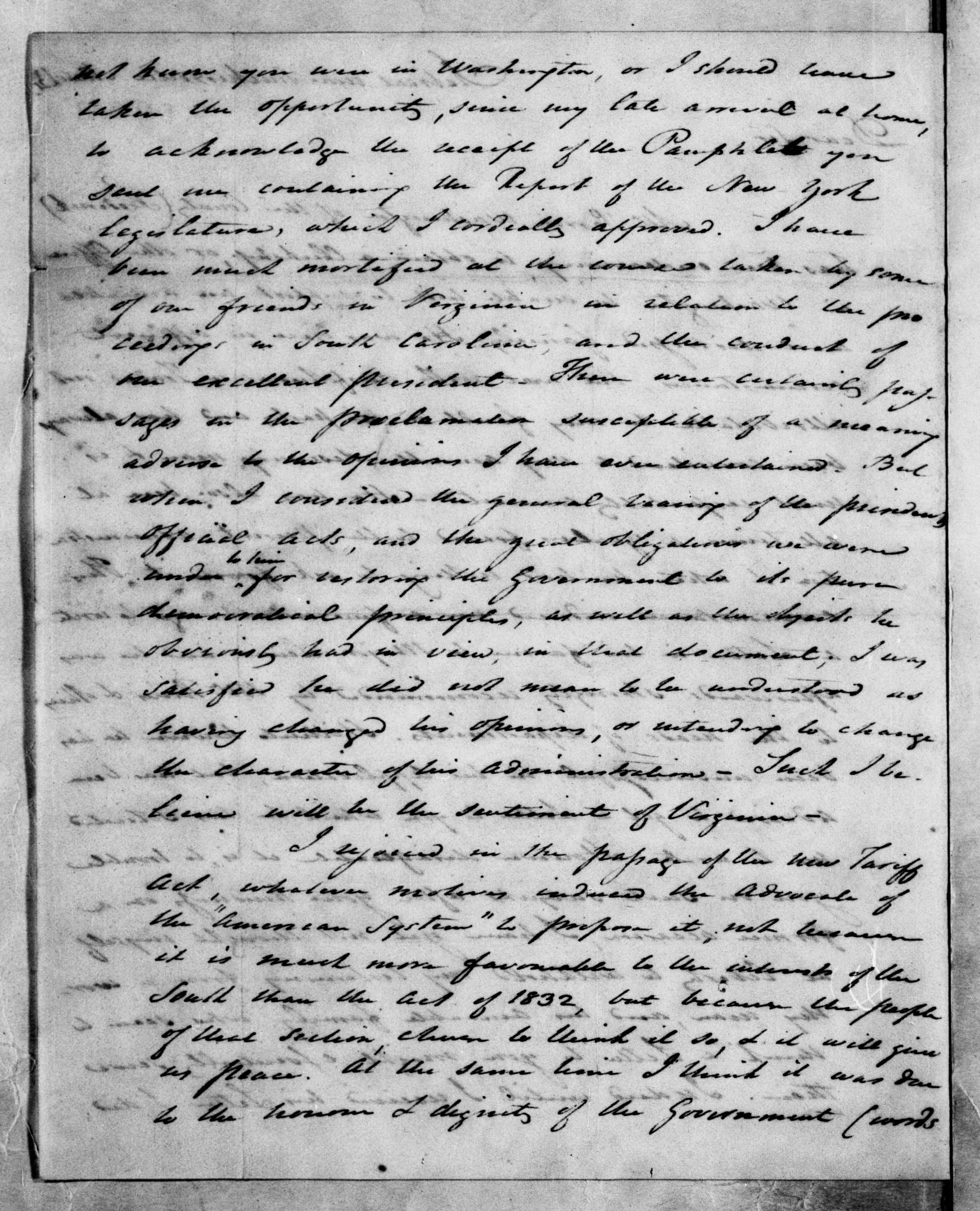 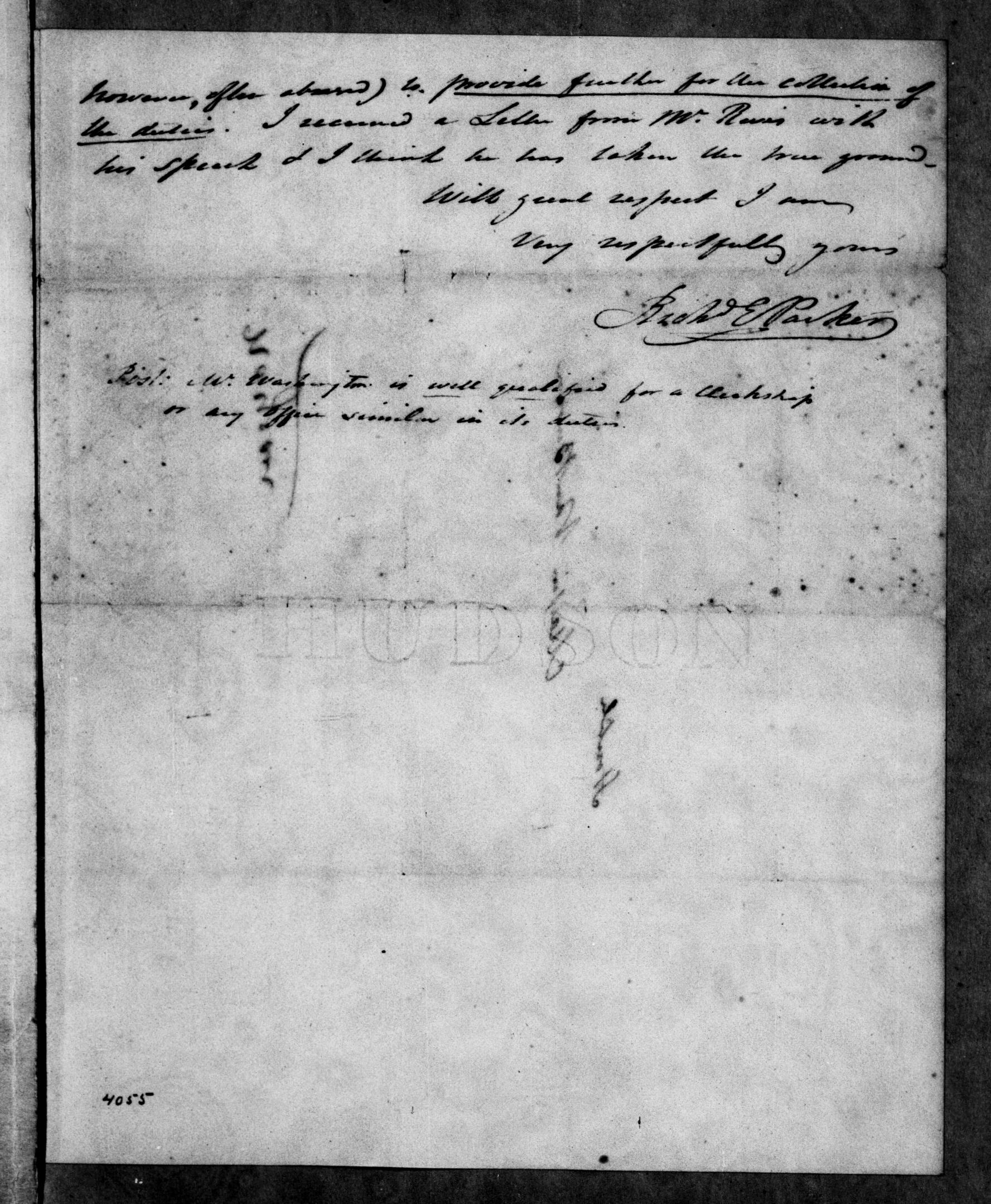 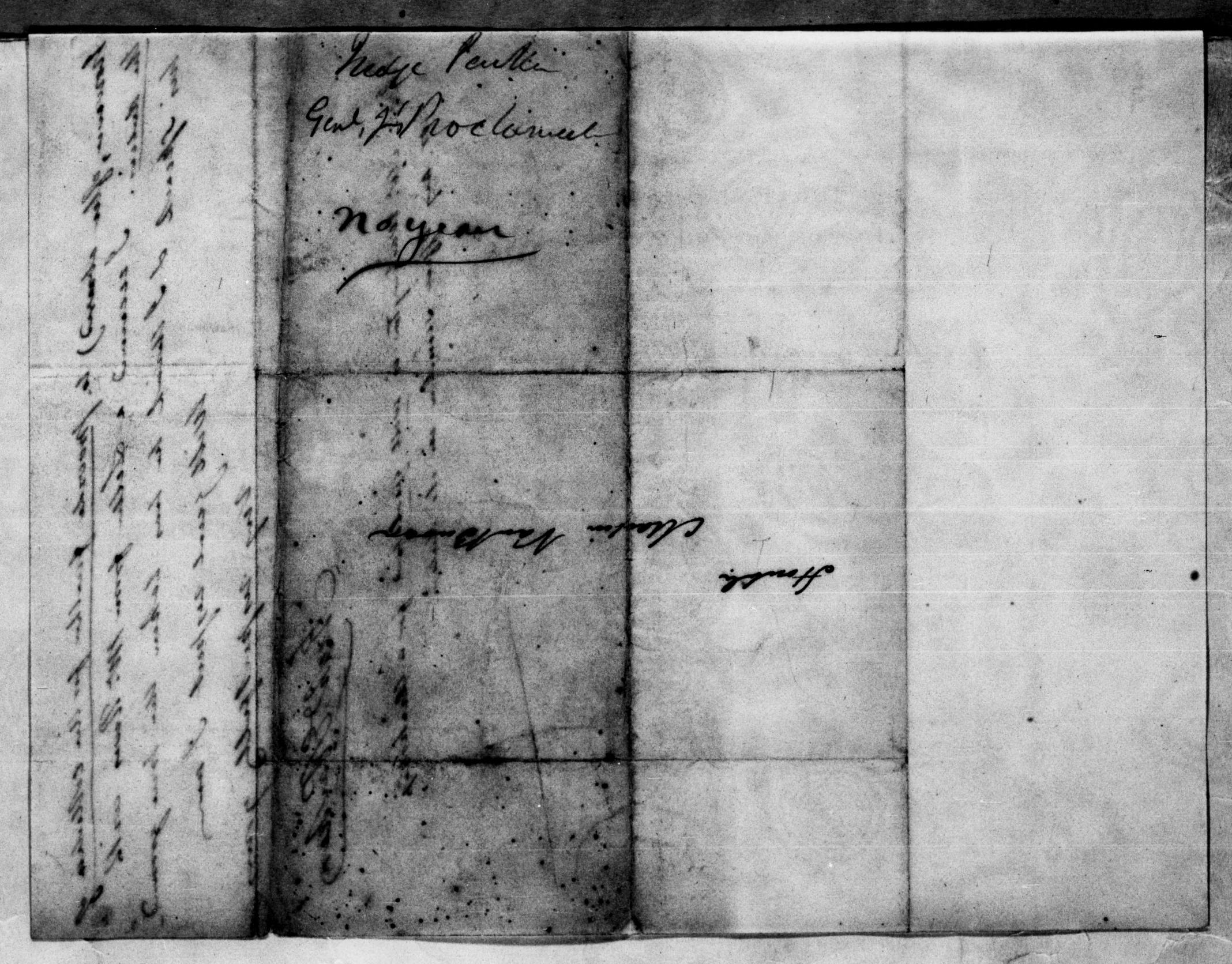