Letters from my friends in New York mention a rumour existing there of an attempt to displace Mr Paulding as navy agent, in favour of a Mr. Vanderpool. I can find no grounds for such a rumour here: should there be any thing in it, and should any attempt be made to procure your influence in the matter I would caution you against it. Paulding is a public man, known throughout the nation by his writings, which have ever inculcated the most patriotic and truly republican sentiments. He is a staunch and sinc[e]r[e] friend to the administration and to the old general[s]. He is a most honourable high minded man whose character gives a dignity to office. He is widely connected by marriage &c and his connexions are all strong friends to the administration. He is moreover prized and beloved by a wide circle of friends of a class & standing and character to have an influence on society by their opinions. Such a man is valuable to a party by the very respectability of his character and conduct, but I know Paulding to be a very useful man by his pen, which he exerts anonymously, and merely for his own gratification, in the newspapers, on the administration side. I give these hints out of my friendship both for yourself and him-lest there should really be an attempt making to dislodge him, and your influence should be sought in the matter: but I have little doubt the whole is an idle rumour.

So much for the business concerns of others-now for my own. You were kind enough to [. . .] interest yourself in behalf of my nephew Edgar Irving for a purser ship. He has since abandoned all intention of continuing in the Navy & has resigned his midshipmans warrant. I wish to ^have^ substituted in his place, as candidate for the pursership his brother Theodore Irving and should feel greatly obliged by a good word from you in his favour. He served under me in the office of the Legation at London, and is in every respect a young gentleman that would not disgrace the appointment. I have spoken to Mr Woodbury on the subject; but he is so cold and cautious that I cannot gather from him whether there is any chance or no of my nephews success. Having asked this thing ^of the government^ as a favour to myself, and in so doing give up a point of pride about which I have been excessively tenacious I should be extremely mortified at being disappointed. Though I am aware, ^however, that^ I can give few reasons of policy in aid of my application, not being the kind of [man] whose good will is of any material importance [. . .] a political leader. You, however, will act in this matter I trust from motives of private friendship.

I am lingering here to witness the "outbreak" on the subject of the Tariff, after which I shall travel on slowly toward New York.

I had nearly forgotten to congratulate you on your election. Did I not prognosticate how it would be, at that memorable breakfast table when you read the news of your rejection!

Ever with the greatest regard 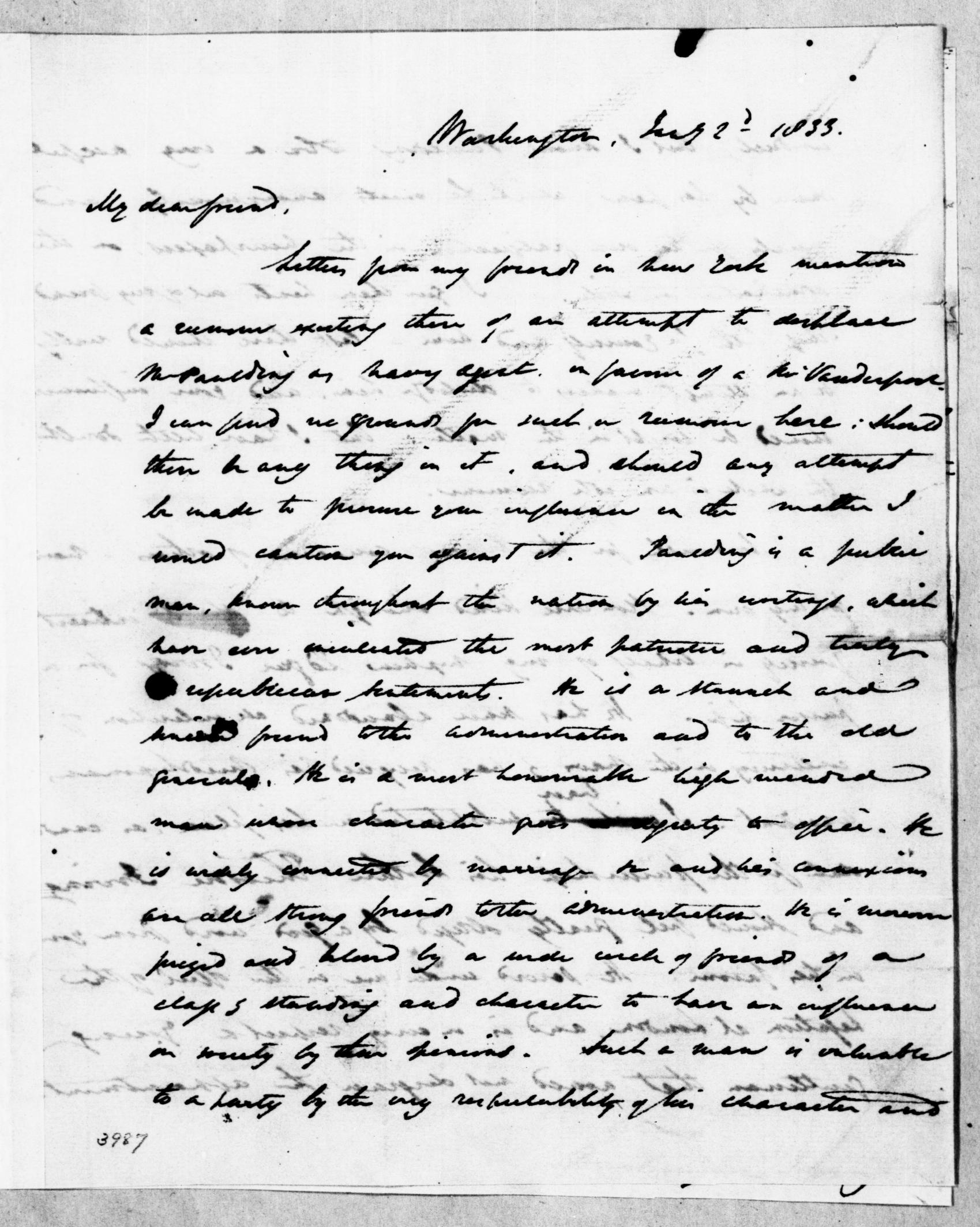 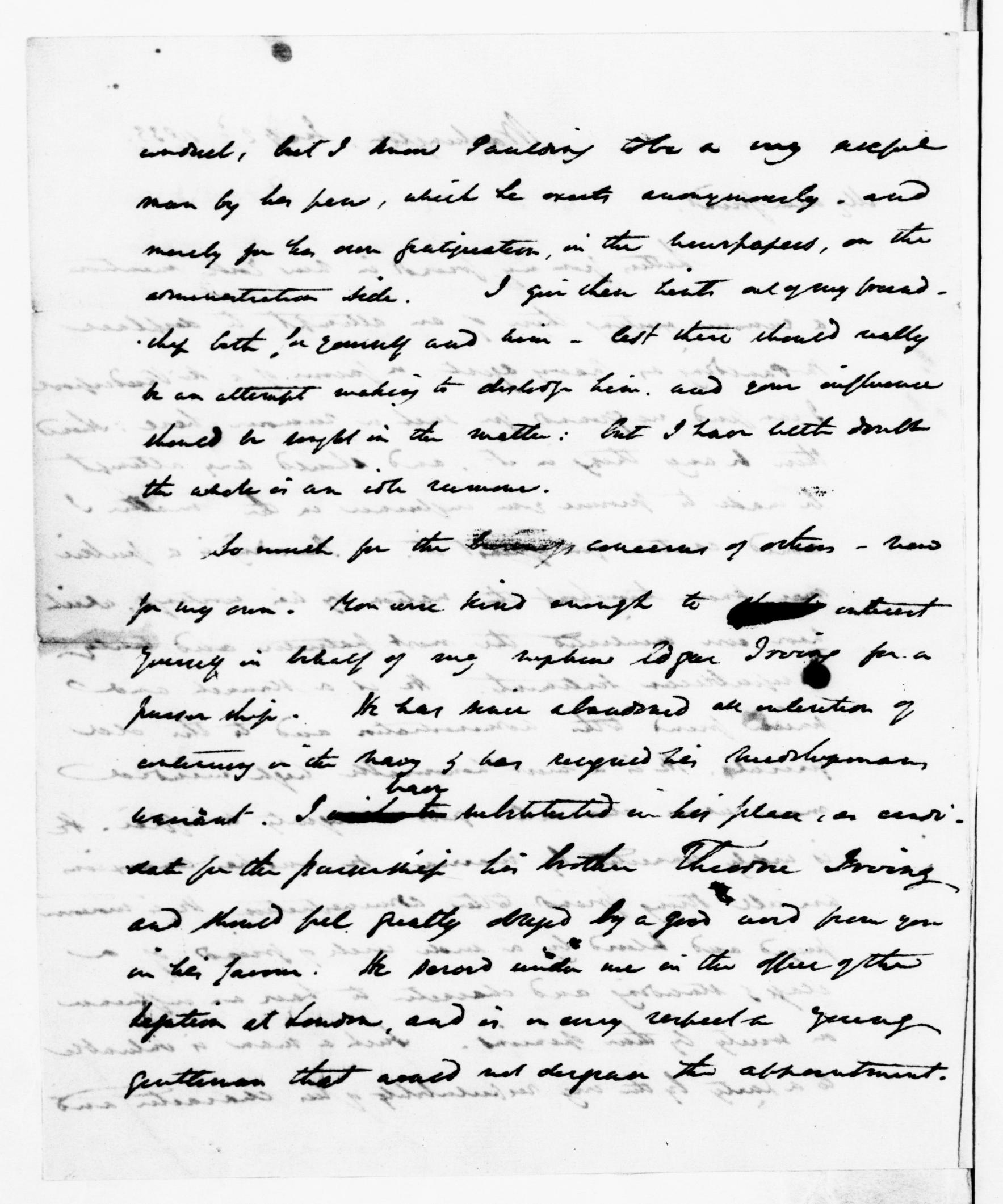 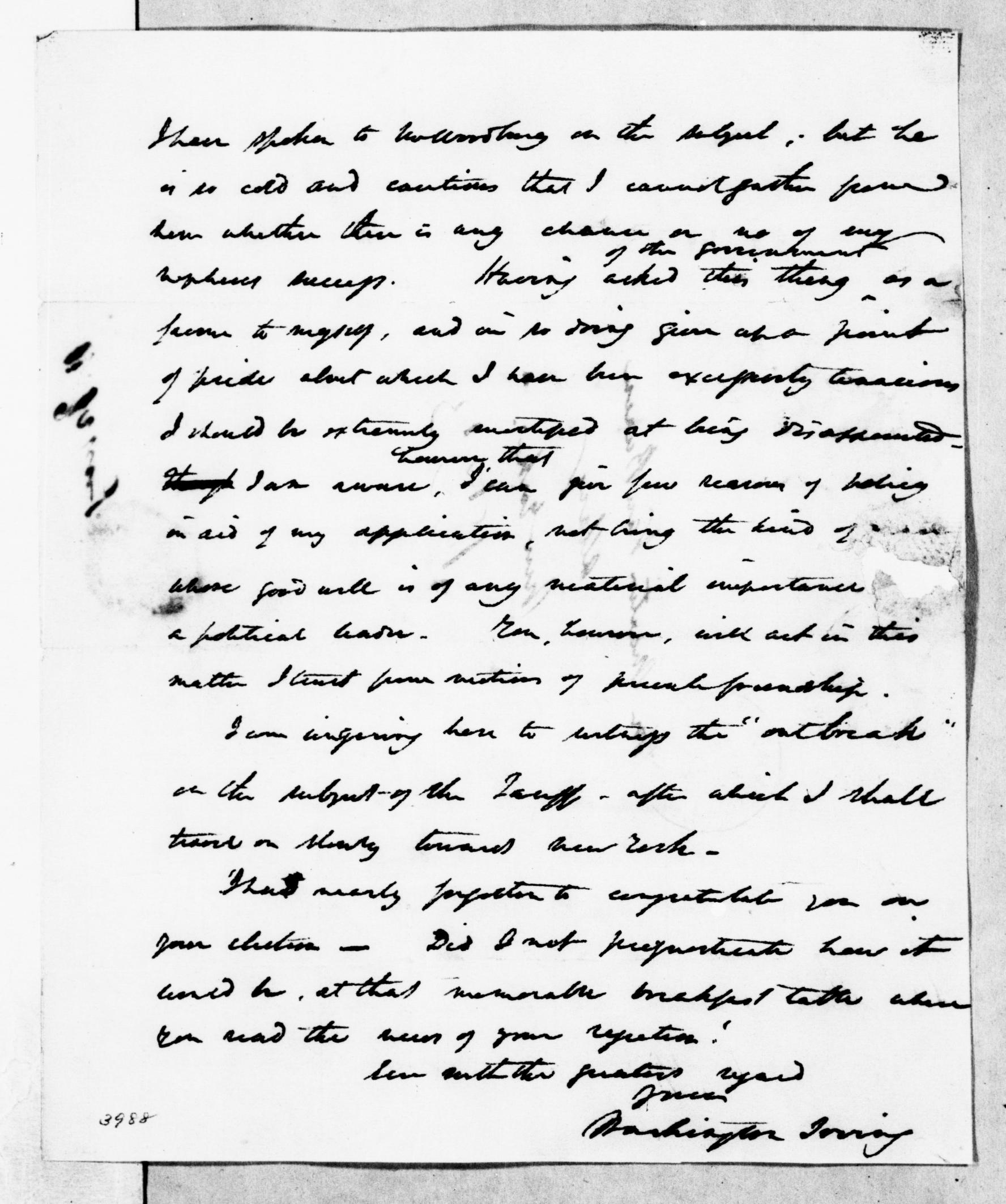 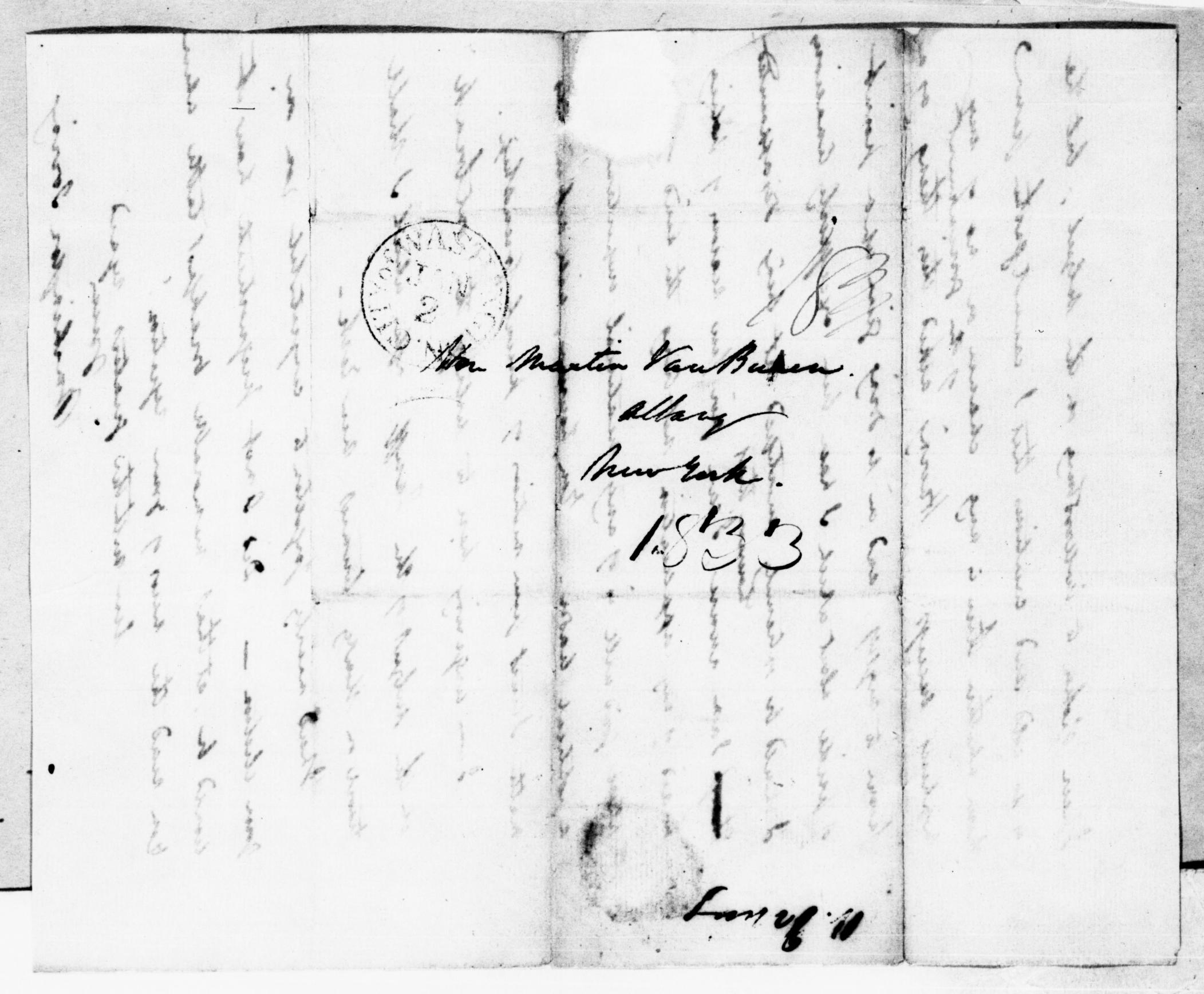