The Genl. is disposed to carry into effect the will of the People manifested in his power as it respects office holders generally. The Dis. atty of the eastern District of Penn is to be removed & the Candidates whose names are disclosed to me are Col Duane or his son, Wurts & Dallas. The last belongs to the Family & therefore is not much considered The two others do not W. has made himself <illegible> unpopular by his strong measure agt Findley. Duane's son is a respectable man not much of a lawyer. The father is very poor & ought to be provided for. Can you advise on this subject? As to the judge of the Supe. Court Barry is recommended by all the members ^from Kentucky^ after the two Senators. Kane is opposed to him & Rowan <illegible> wants any other man who has belonged to the Relief Party. He would have wanted Judge White to be appointed That seems to be impracticable in consequence of Eatons appointment. By a Resolution of Apr. 27th 1816 The Sety of State must cause to be published at the end of Each session 11000 copies of the Laws &c as soon ^as^ practicable They are to be delivered within 30 days after ^the adjournment of^ Each session of Congress. Consequently a Cabinet must be made immediately after the 3[rd] March. Who ought to be employed & what do you advise on the subject?

In the act of May 11th 1820 in regard to publishing the laws, What do you advise? They ought to be published without delay & the Editors will all be pressing for the business when a selection is once made It cannot ^very well^ be changed If any thing is to be done before you come here you ought to look to it.

I call your attention again to my letter touching upon the subject of the minister to Ho the Netherlands. The Genl is disposed to act on the subject. He will ask the Senate for to advise whether an appt of Minist[ers] is necessary & if it is he appears to be disposed to nominate Hughes, Whose appointment will <generally> dissatisfy the East. Woodbury is quite out of temper.

Mr Moore of Kentucky wishes to be <sent> minister to Columbia & the Genl is disposed to gratify him Moore called to tell me what his plans are to go to Columbia to be absent about 18 mos. Then return to Col Kentucky to be a Candidate for Governor. He assures me his nomination is certain.

Adieu I am our head &

The Genl has addressed the Plan of Puting the Dept of State in my charge during your absence & I am to remain <without> leaving that place vacant until you arrive. 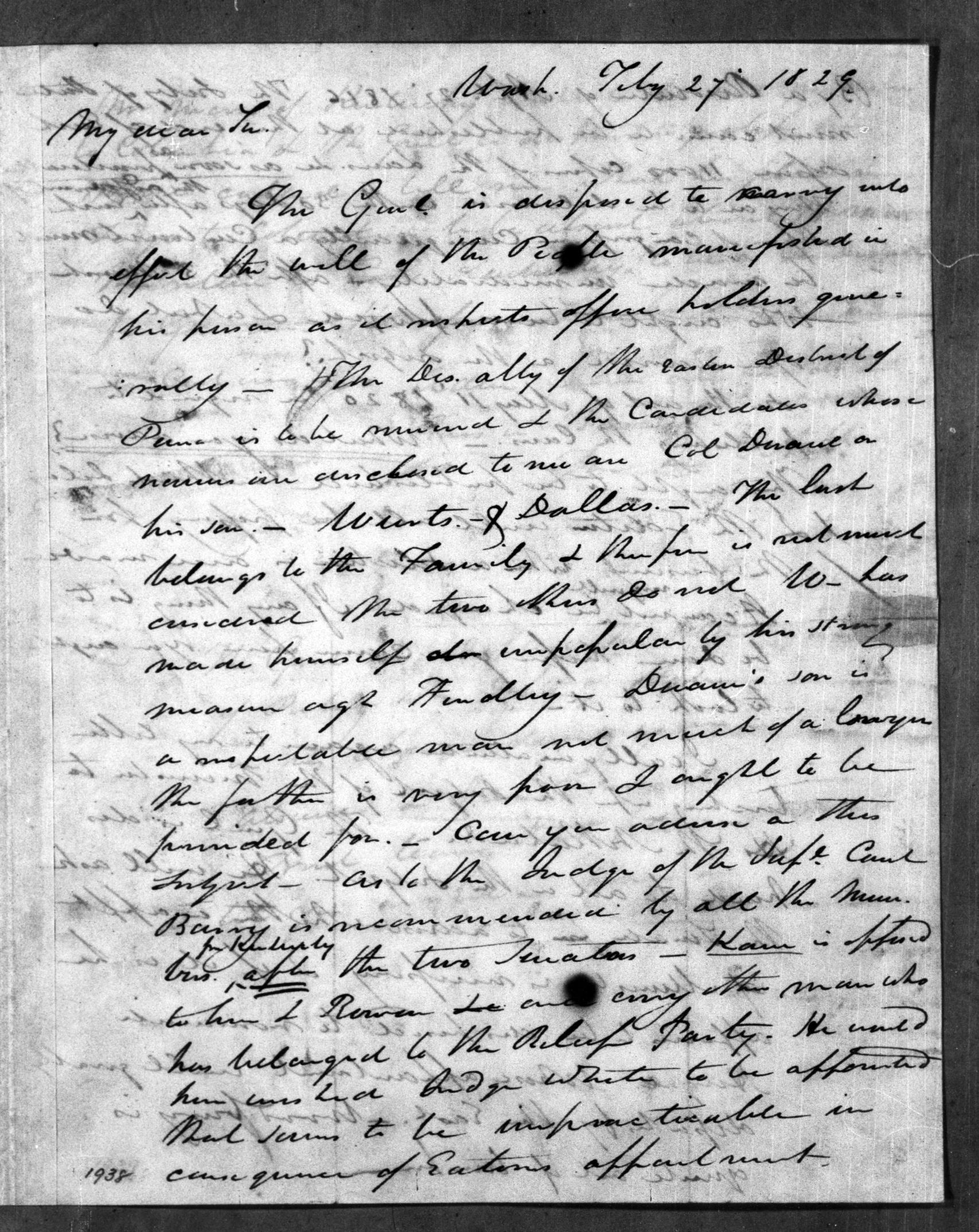 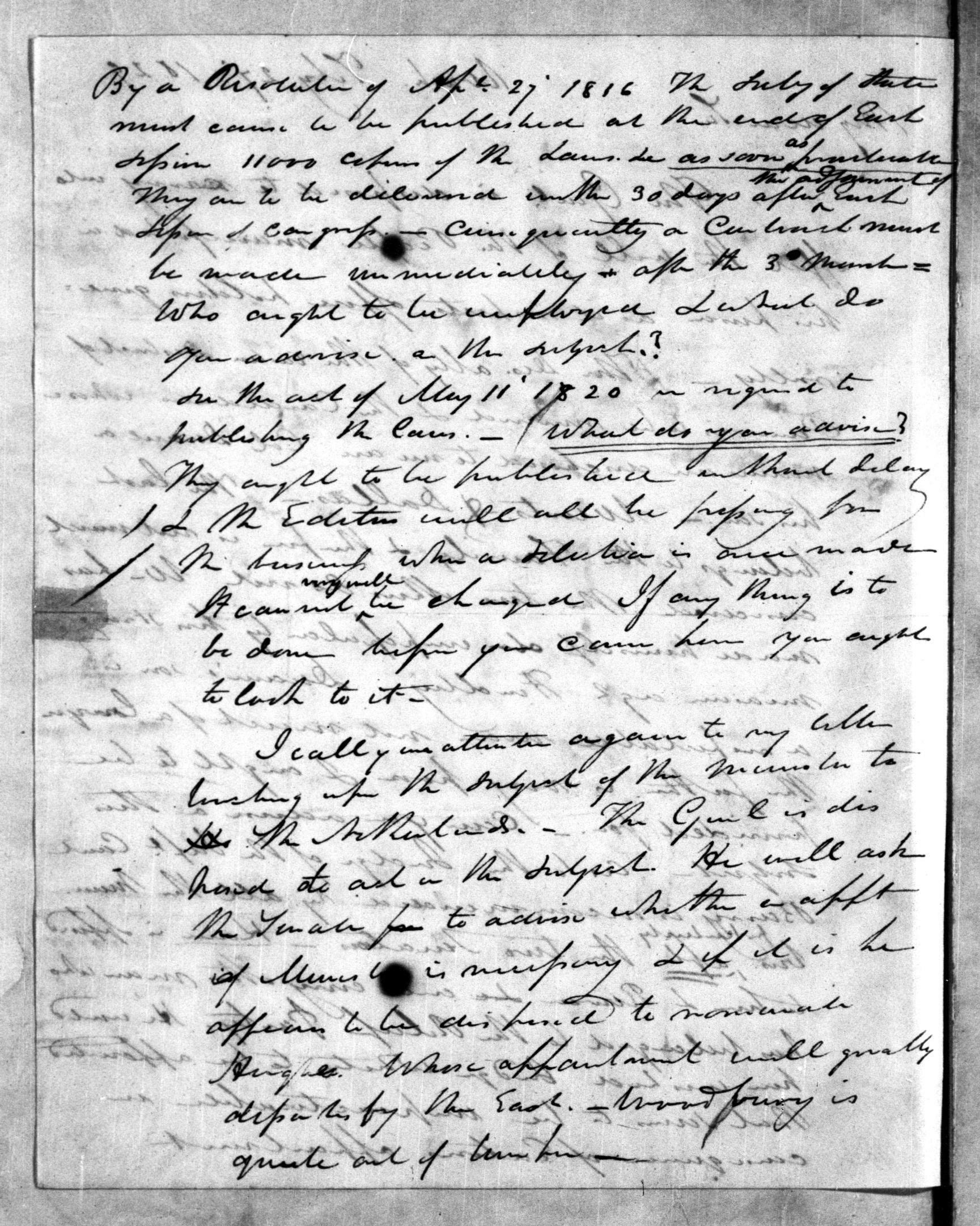 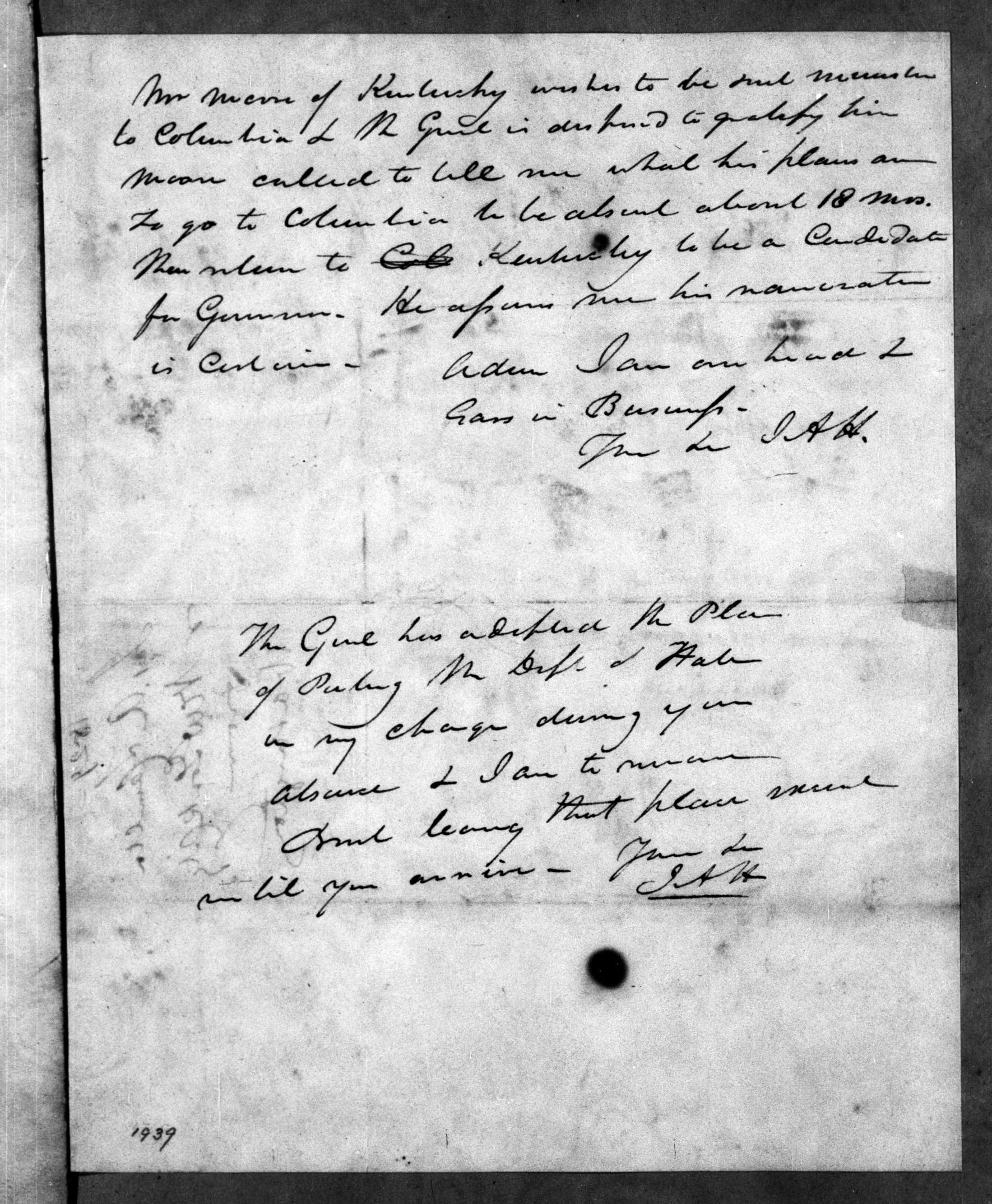 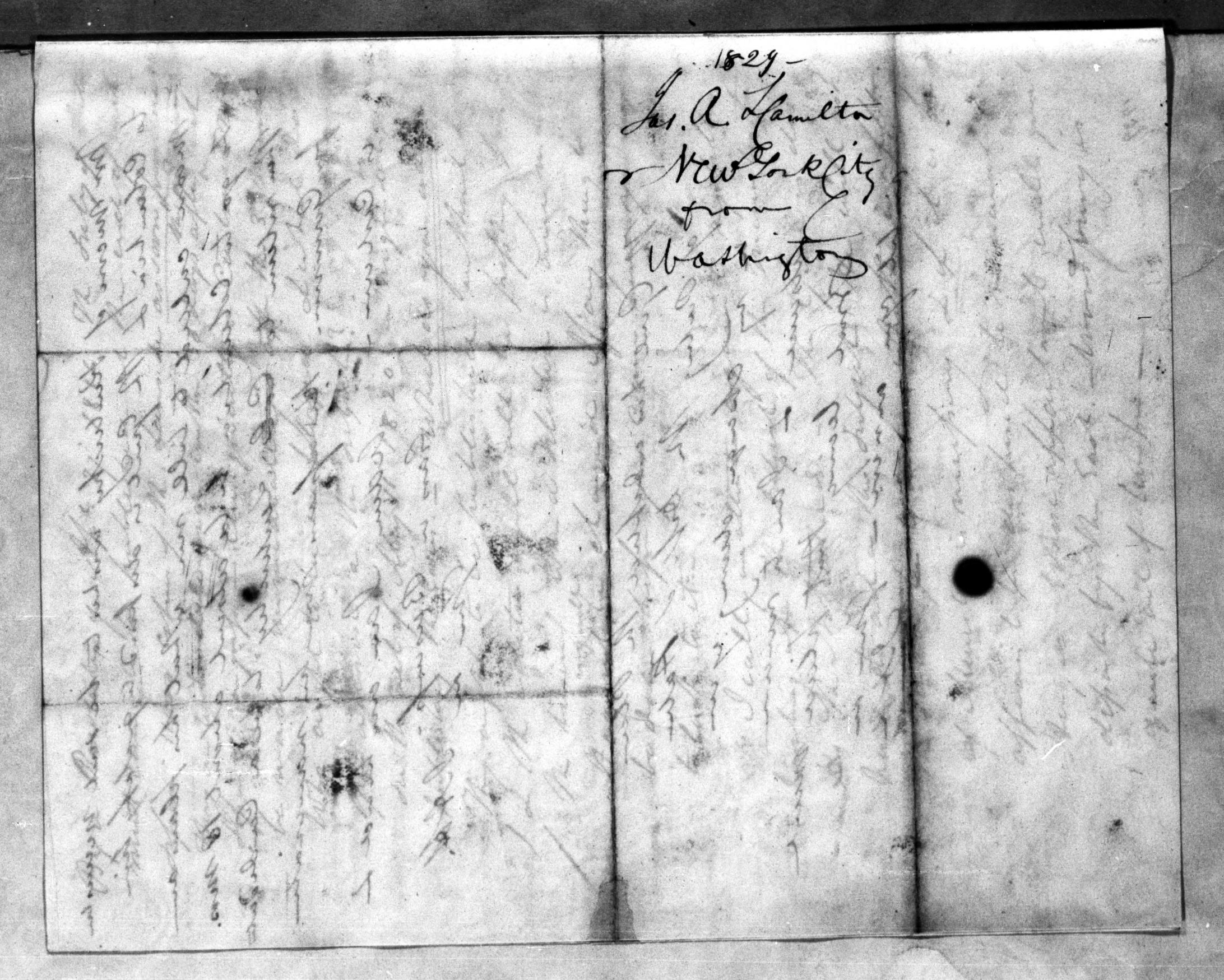