Your letter to General Jackson was received by him today; after I had read it He desired me in answer to say that altho he regretted your absence for so long a time as you would be detained, he acquiesced in it as necessary He added that as you had referred him to me the duties of your place would devolve upon me and hoped I would remain here to perform m them until you arrived which I unhesitatingly consented to do. He then told me that there were several appointments in regard to which he would require my opinion and that I should confer with the Attorney General but particularly as to the appointment of a minister to the Hague.

I presume from what passed between us that the question first to be decided is whether it is necessary to appoint a minister Plenipoy and then whether Mr. Hughes should be the person. The first must ^be^ decided after a due consideration of the importance of the discussion & by the fact intimated to me that the King of the Netherlands had requested the appointment of a minister of Equal grade with the one representing him here I am of opinion that unless some plan of <illegible> can be devised that a full minister should be sent & that Hughes is not “large” enough for the place. The selection should be made from Maine if a fit person can be found there. What is to be said of Judge Preble? In that event Hughes must be transferred; and where?

Might it not be expedient to send commissioners giving them the Rank of Ministers Resident and the pay of chargé and to nominate Hughes & Preble.

Col Humphries was sent to Portugal with the style and rank of minister Resident but the pay of Chargé I infer however from Washington's message that this new matter of arrangement between him & Humphries. He says Executive Journal vol 1 page 74 “I do not mean that the Change of grade shall render the mission more expansive.” By the same journal pp 95 to 99, I find that carmichael, chargé at &c & Short chargé at &c were appointed Commissioners Plenipotentiary for negotiating & concluding a treaty with Spain &c The question now occurs what pay did they receive? Do me the favor to reply immediately to this in the hope that I may get your views by the 5th March.

As I fully concur with you as to the Course you intend to pursue in regard to Resigning and as the Public business cannot after the Senate adjourns be so pressing as to suffer by your absence I would take all my steps with even more deliberation than would be strictly called for by a regard to your dignity and that of the state. The General will write me a letter stating your acceptance your necessary detention and desiring me to take possession of the department until you arrive

Efforts are now making to induce Mc L. to remain where he is they will I believe be unsuccessful to the great mortification of the G—l equal Joy of Calhoun & co, and the deep, dark disappointment of Eaton. It is also by some hoped that Ing. may decline & go into the P. O. and Mc L of Del. may thus get to Treasury 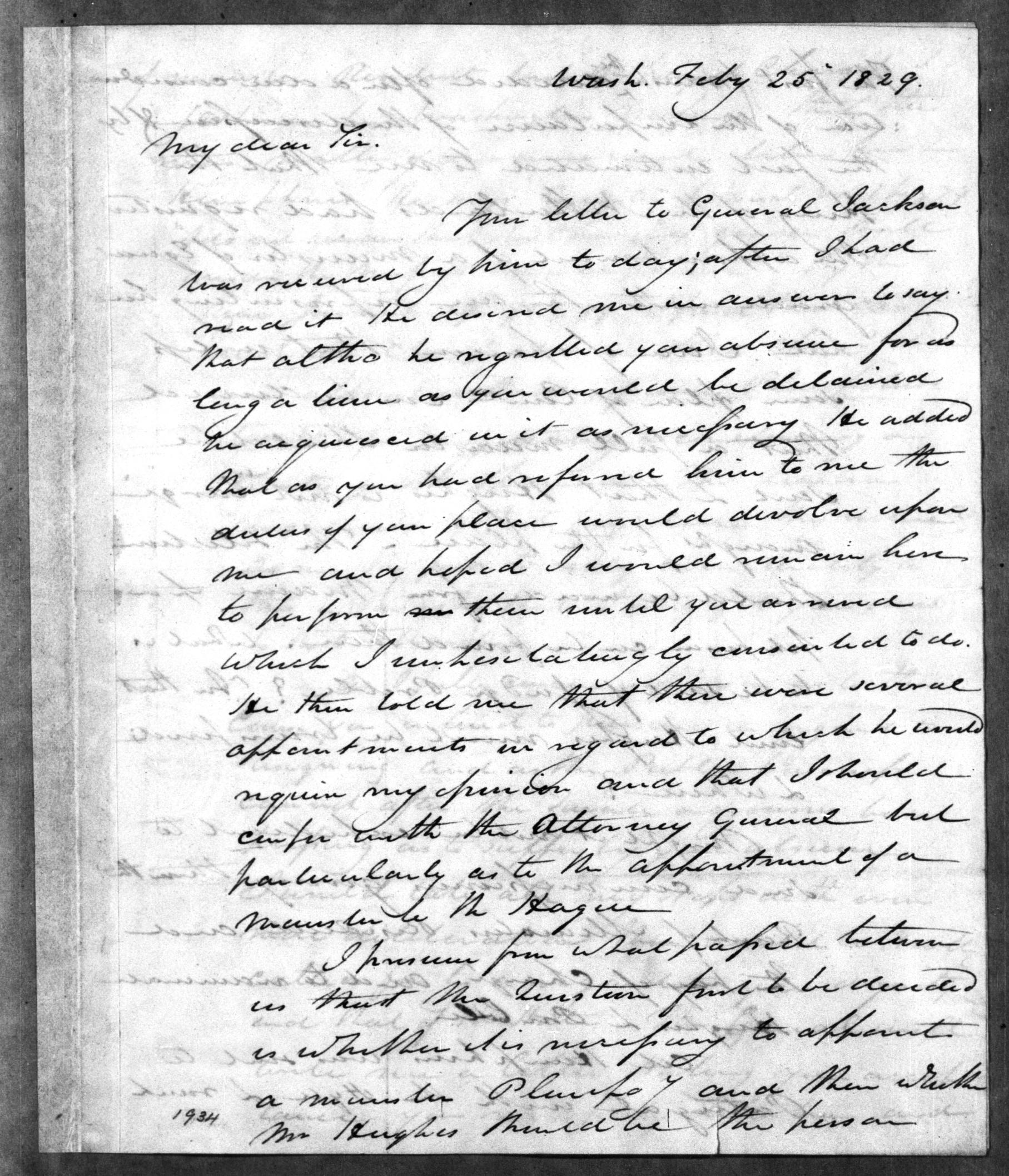 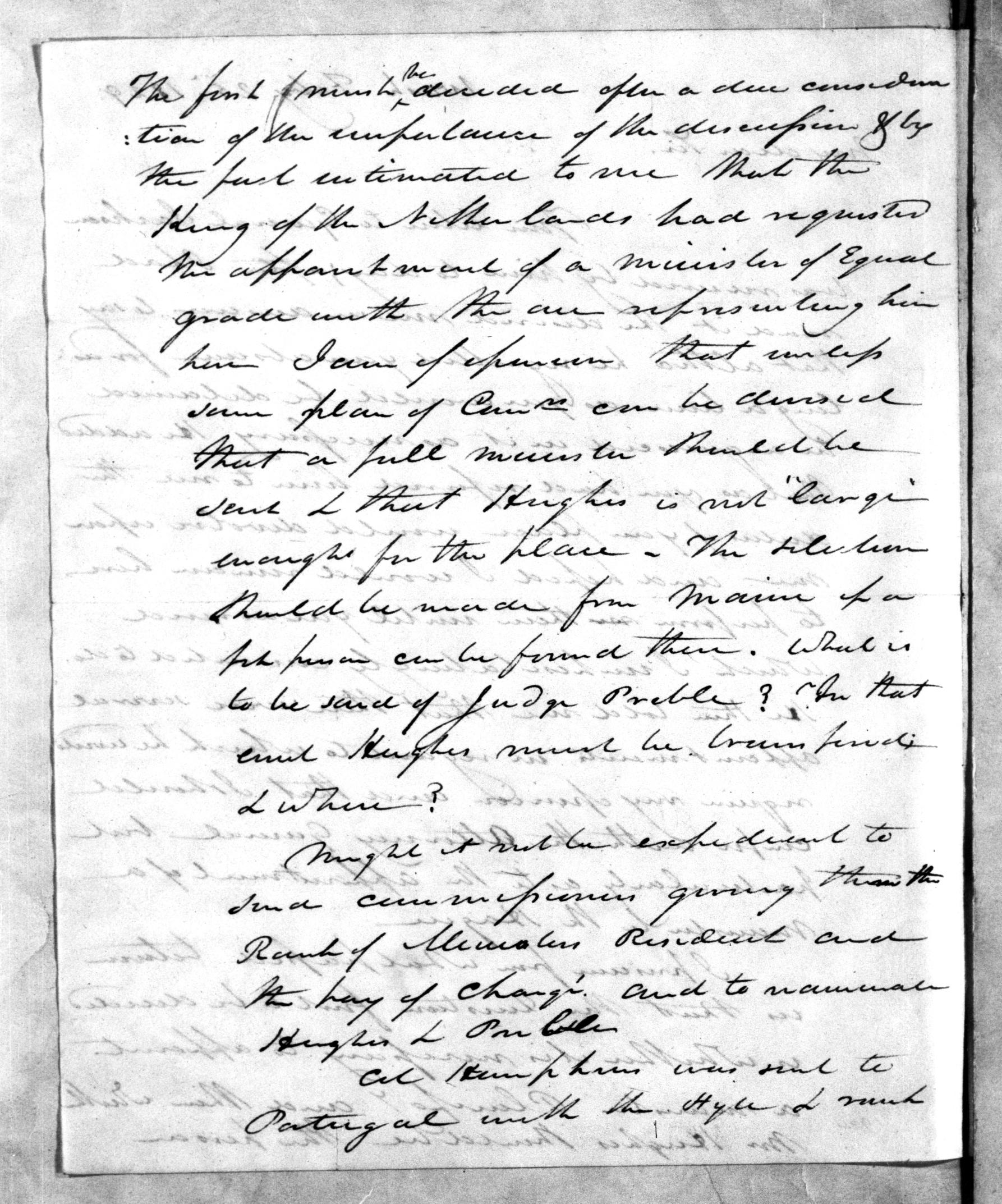 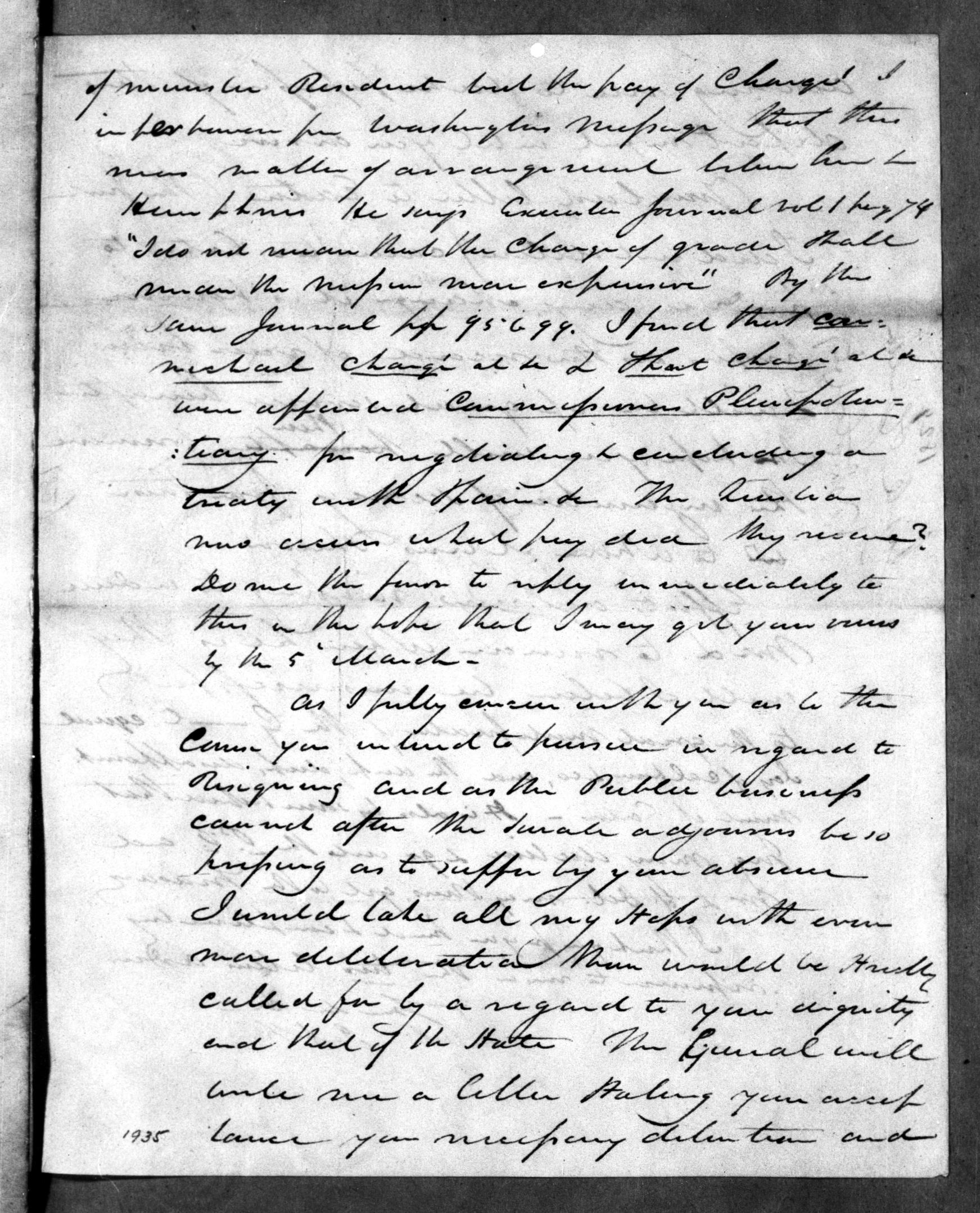 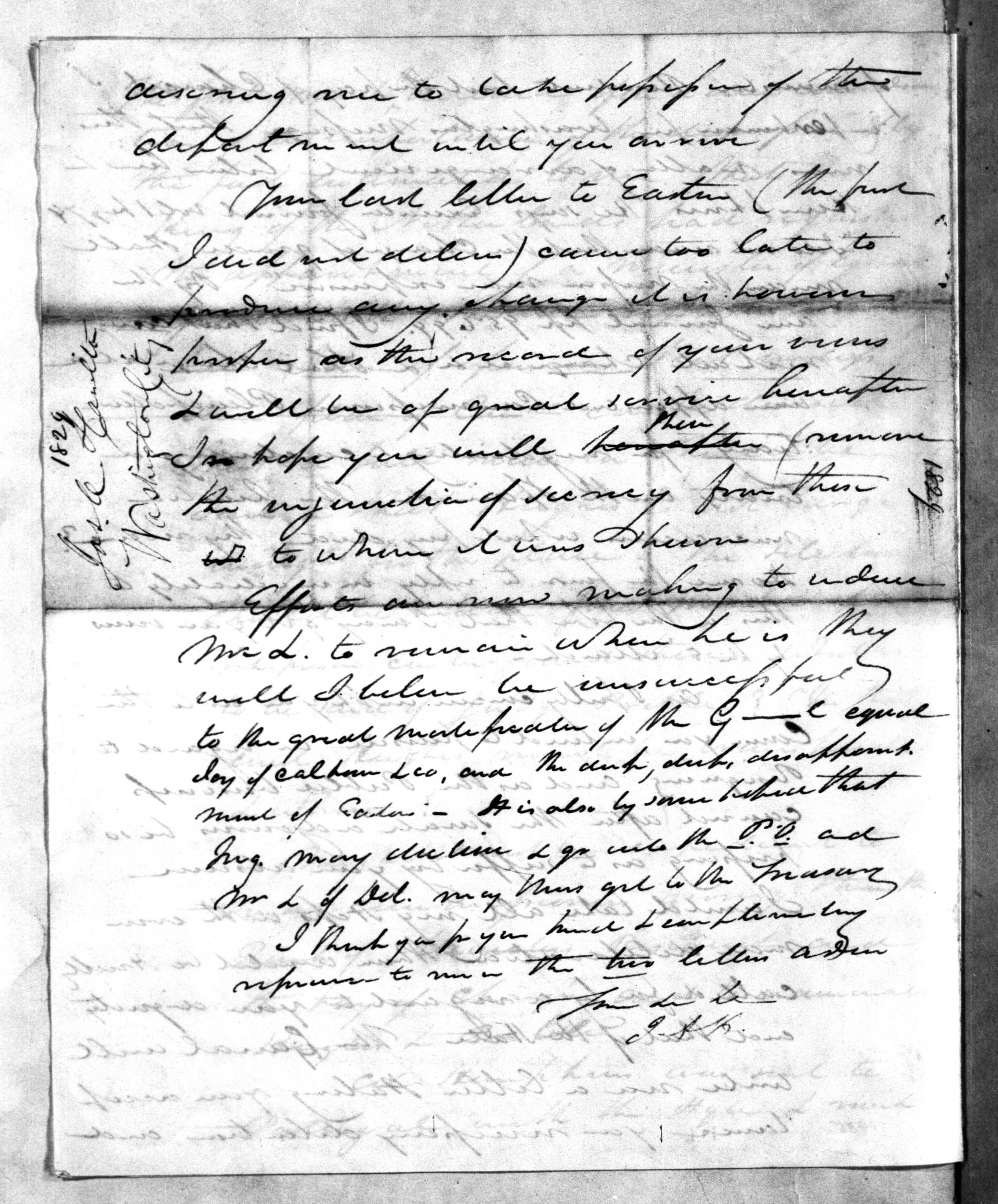