I have just left the General The Cabinet will I have no doubt be VB, Ing. Branch, Eaton, & Berrien. Our friend McLane will be taken care of hereafter.

Many of your friends here Hayne McL. &c &c %c are of opinion that you ought to refuse & they will write to you to that effect Their opinions have got to the Genl He asked me if I had heard from you I told him your letter was dated 15th but was before you had received ^<illegible> even^ my ^first^ letters. He then asked me "will he accept"? I said I had no doubt you would He replied that is all, that is all, & I left him Lewis followed me to tell me that a report was in circulation that the State had been first offered to Tazewell he said that was not true That it was put about to induce you to decline That I well know that I had been authorized The very first day of the Generals arrival to write to you to say it would be offered to you That there was not one word of truth.

I have reflected much & conversed much with distant friends who concur with me in the opinion that you ought not to hesitate The matter is in a nut shell as Lewis said sir It is a cabinet which <illegible> is decidedly friendly to V.B. He has not a more decided friend than Eaton and Branch is the same Be assured Calhoun is disappointed, & he <was> now hopes that I may be thrown into his arms by your refusal But why should I dwell so long on this matter you are too clear to be clouded by such means 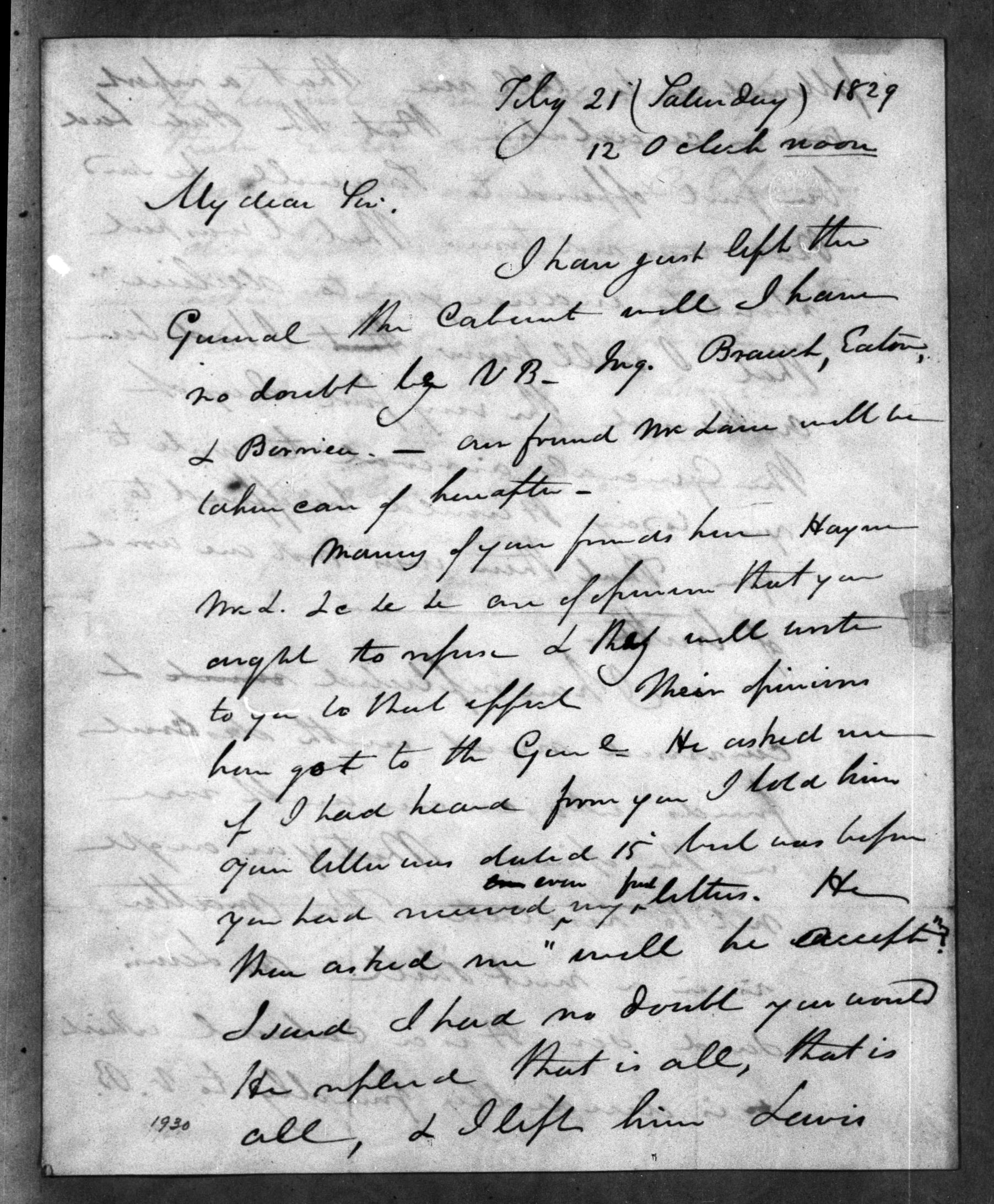 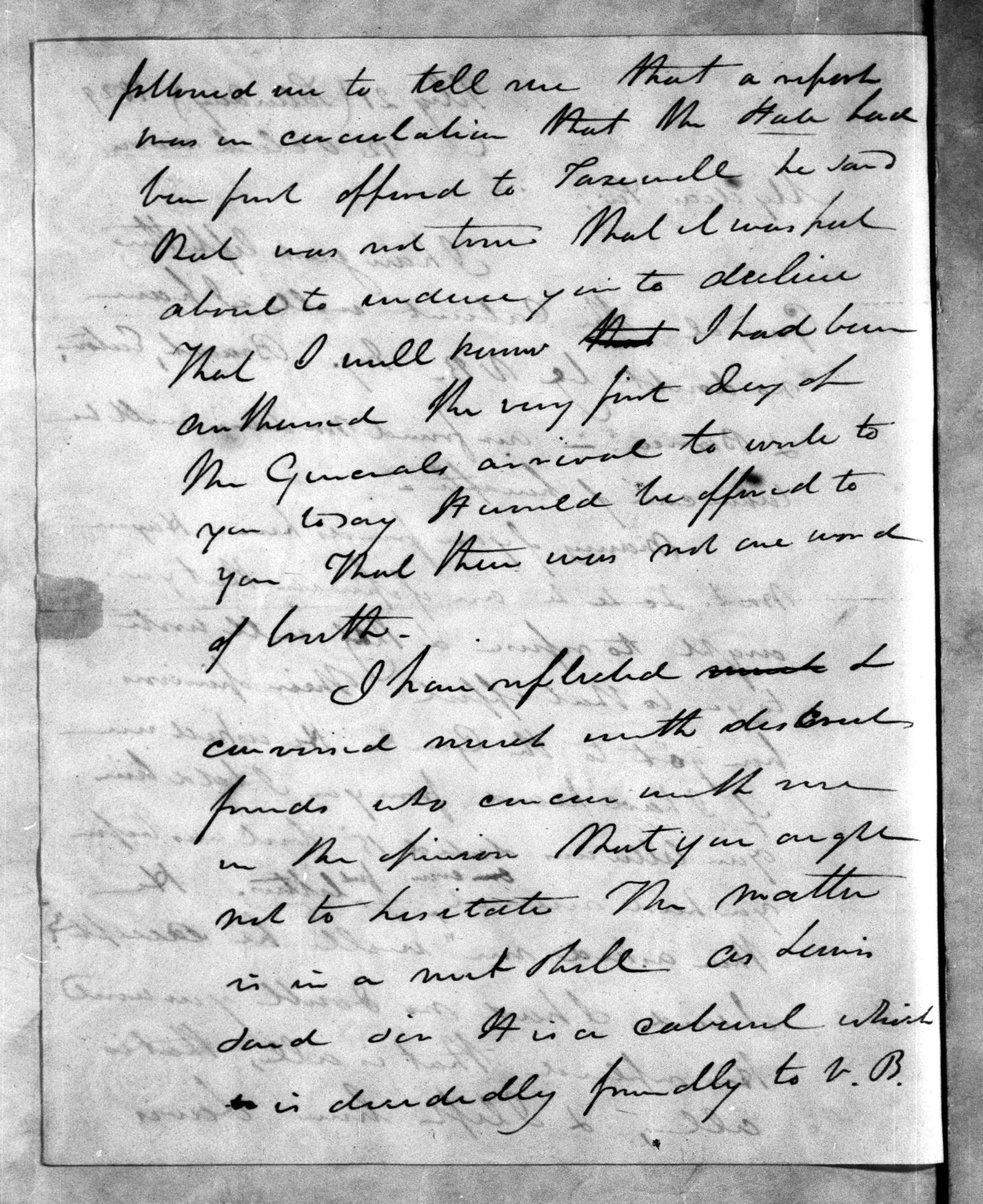 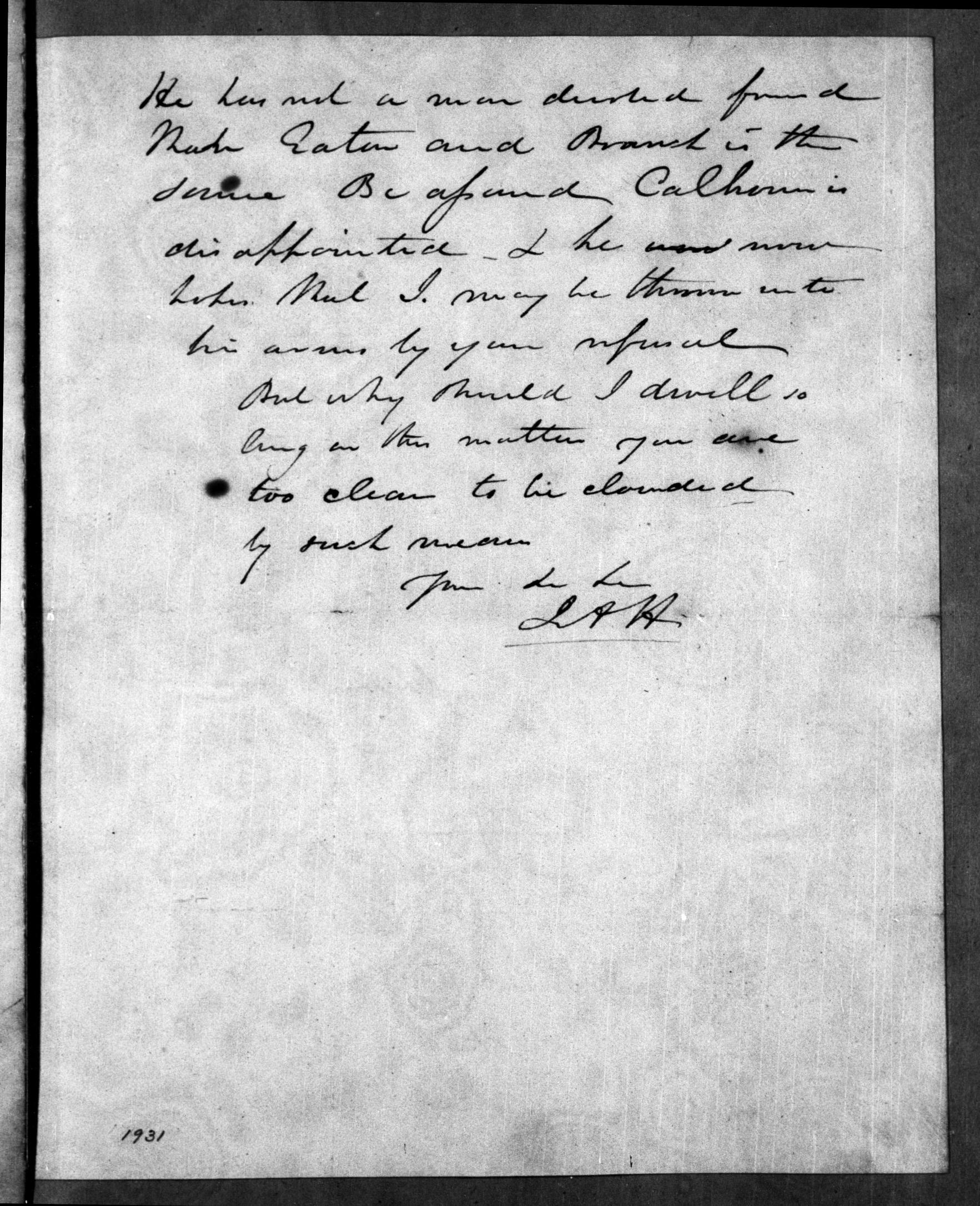 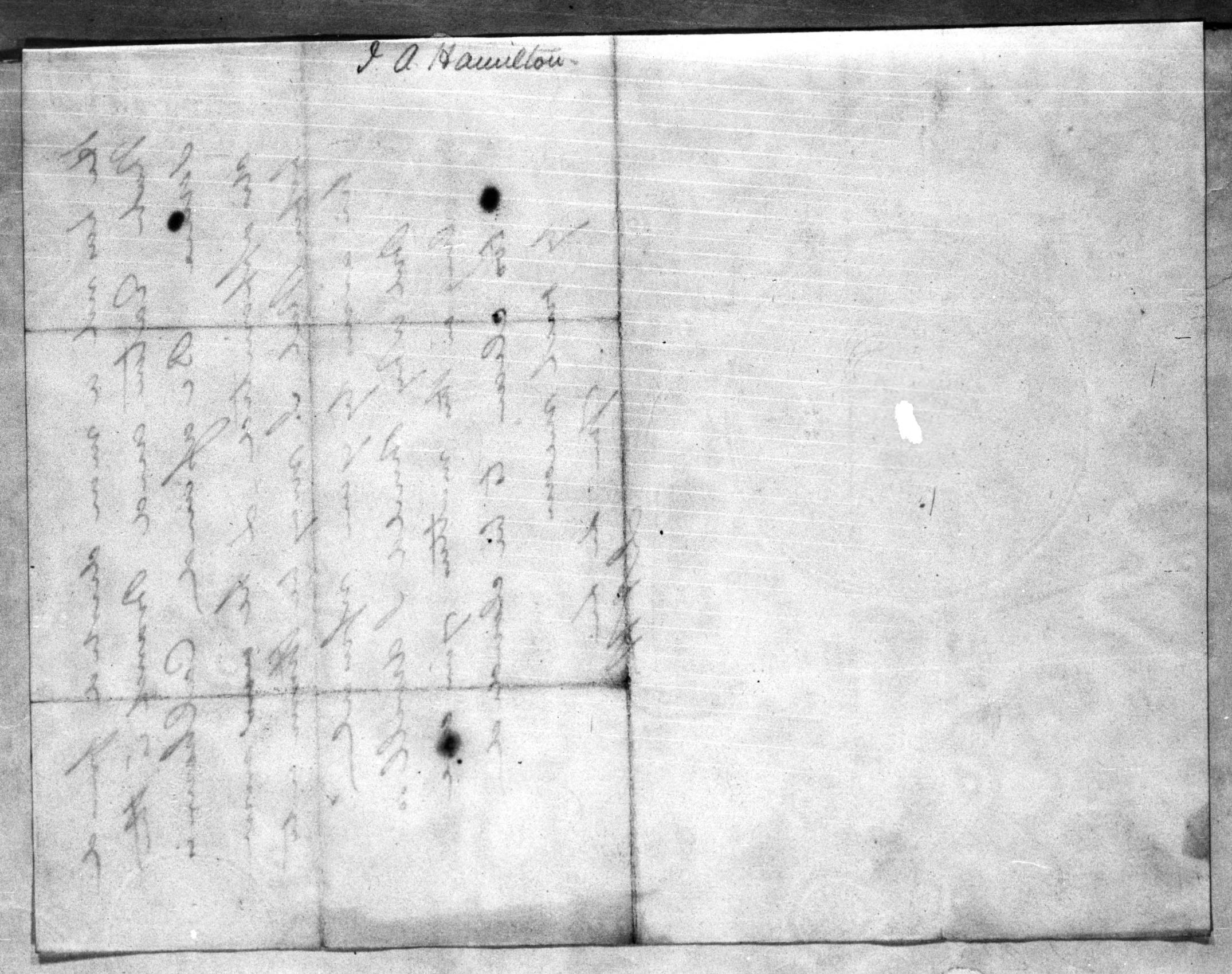