I wrote you an account of the Cabinett in my Last it still appears to be the beleif in our house ^mess^ that the General has made up his mind to adhere to that Selection it is hoped however by some that the Choice is not definitive I give no opinion whether a Better might not have been made but I disagree altogether with some of your friends who appear to wish that you should not accept. This on yr part would be a fatal mistake that must shut the door on you forever at Least for 4 years which is the same thing as forever in the politicians metaphysiks of time & Eternity: Hamilton and Verplanck agree with me in opinion, and I write this with the knowledge of the former It is suggested by some here that it is questionable whether you will take under the supposed order of things. We give it as our opinion to those whom it is worth while to talk to that such suggestions are highly improbable: you will perceive that by declining you pass an implied Censure upon the P. & those in whom he Confides a very delicate if not a very dangerous Step to take. I have no question that should you decline that another Less Scrupulous would be brought in and not unlikely one who is now Loudest against the present men: It would Leave you I think in a very uncomfortable position and it must Embarrass your Friends here & Elsewhere in various ways Besides I have seen Enough of the world to know that the first Bunt of disapprobation at unexpected decisions is not always as durable as it is Loud and vehement People get accustomed to what they at first dislike and they find many things not altogether so very Bad upon Closer inspection and more dispassionate Reflection. I believe I write the opinion of yr sincere cool and disinterested friends. I can not but believe ^suspect^ that your own very Excellent Judgement & imperturbable temper will Lead you to the a conclusion which will render this Letter wholly unnecessary. As however in the first heats of disappointment men frequently say & write more than they will afterwards Stand to I have ventured ^fearing that strong representations may be sent to you from this place^ to trespass by giving you my views of the what is Best to be done. The more I think of it the deeper is my Conviction that you will Concur with me in the opinion that I might have spared myself a superfluous trouble in writing upon a matter so very Clear. In which case you will pardon this scrawl. 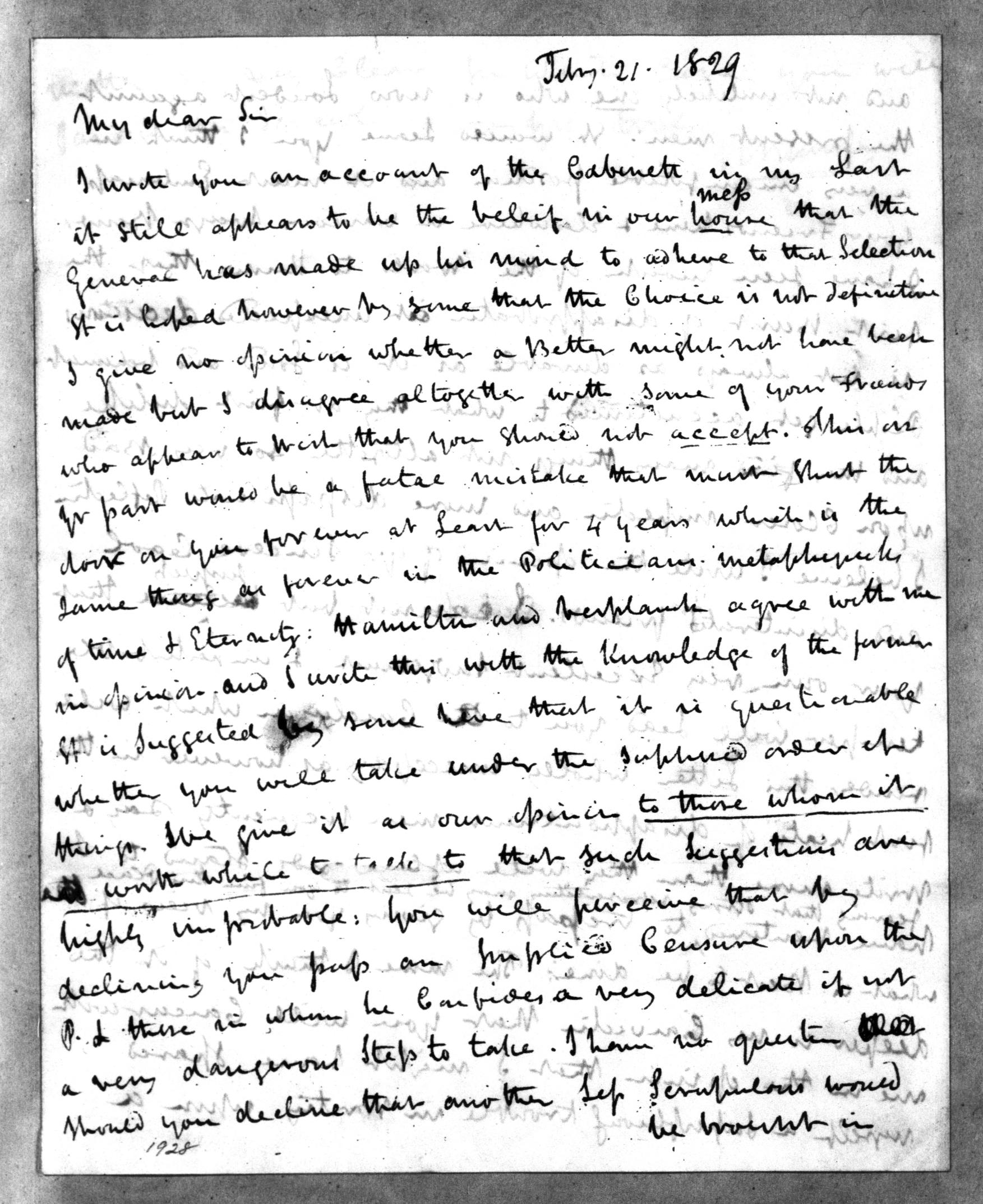 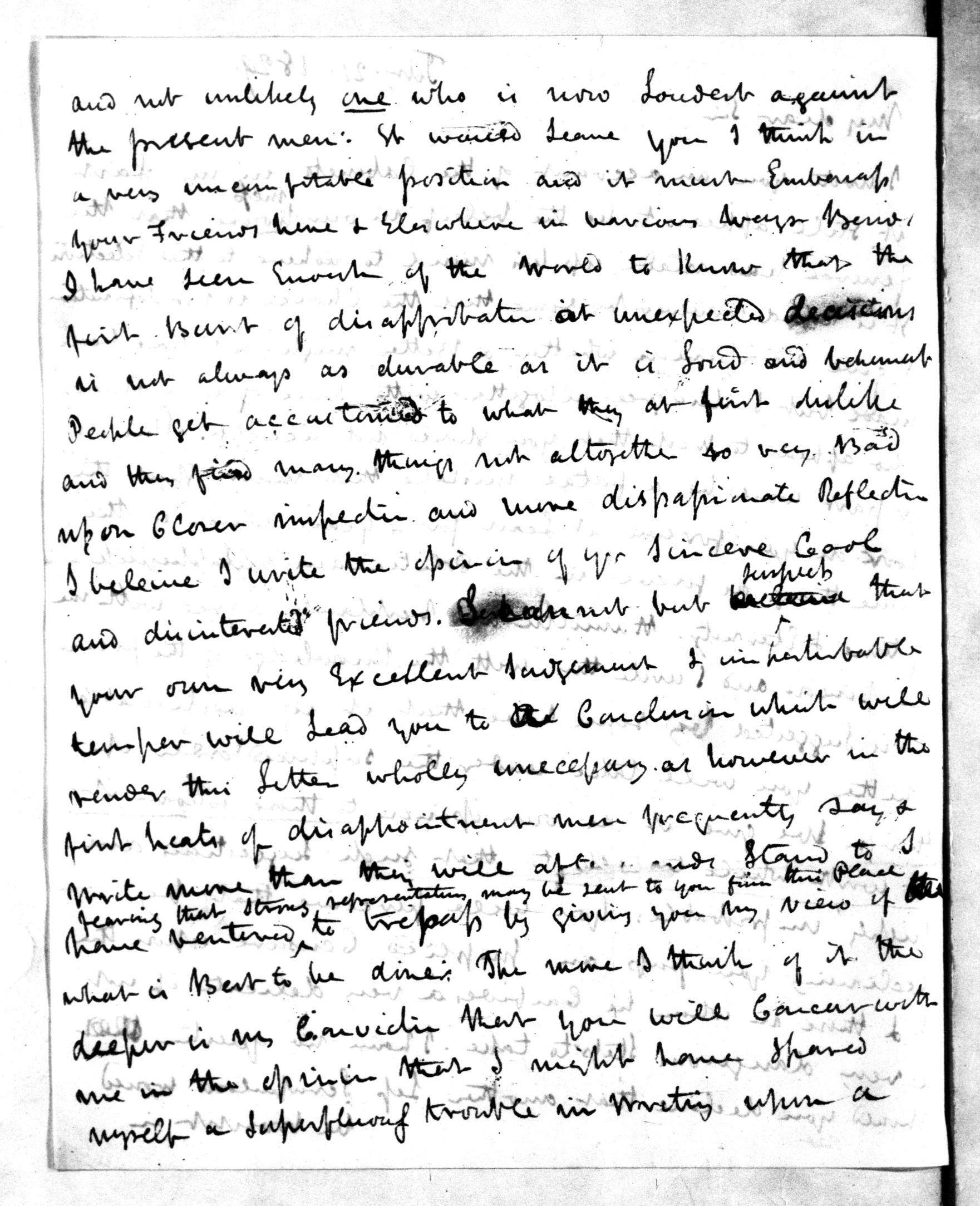 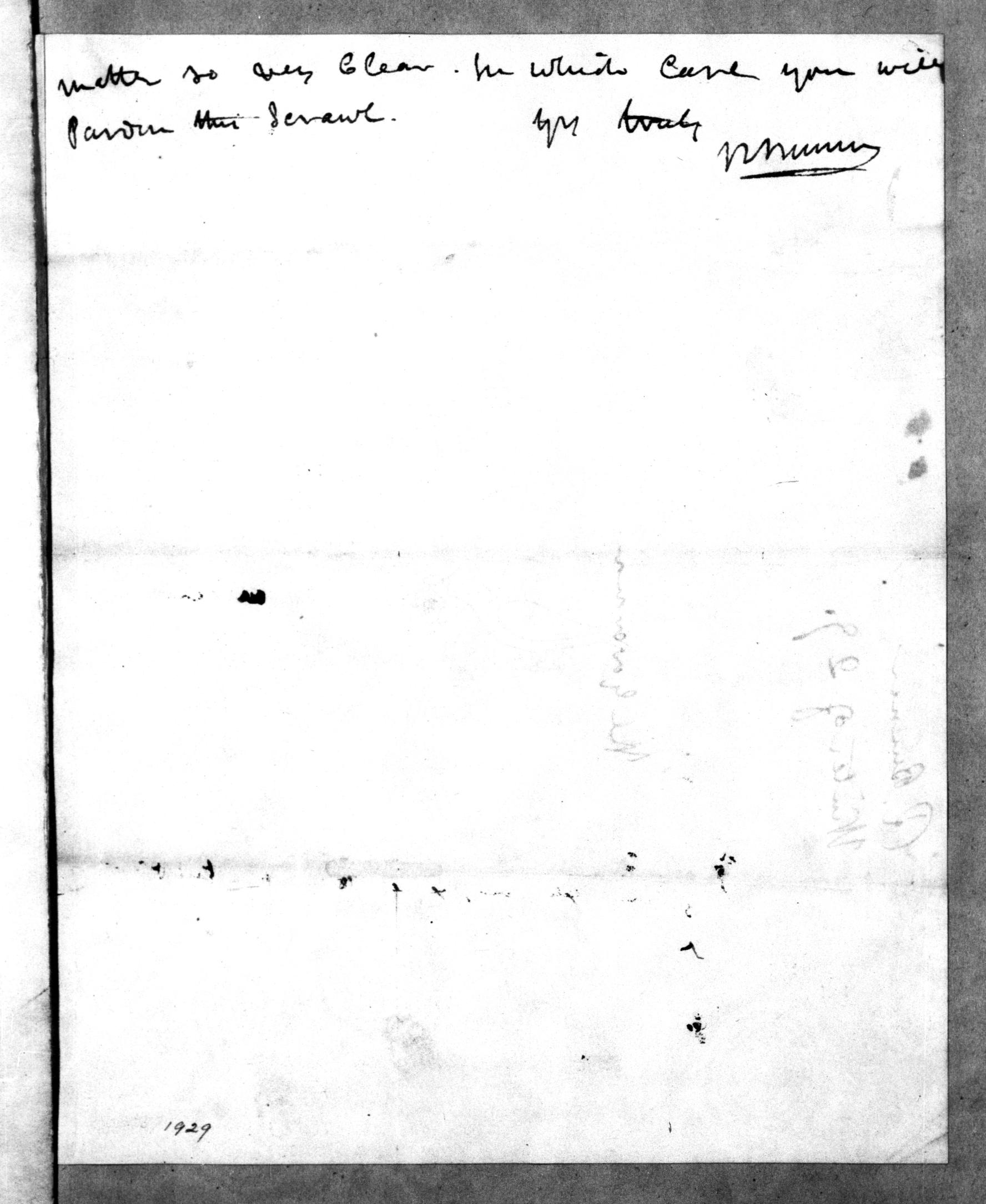 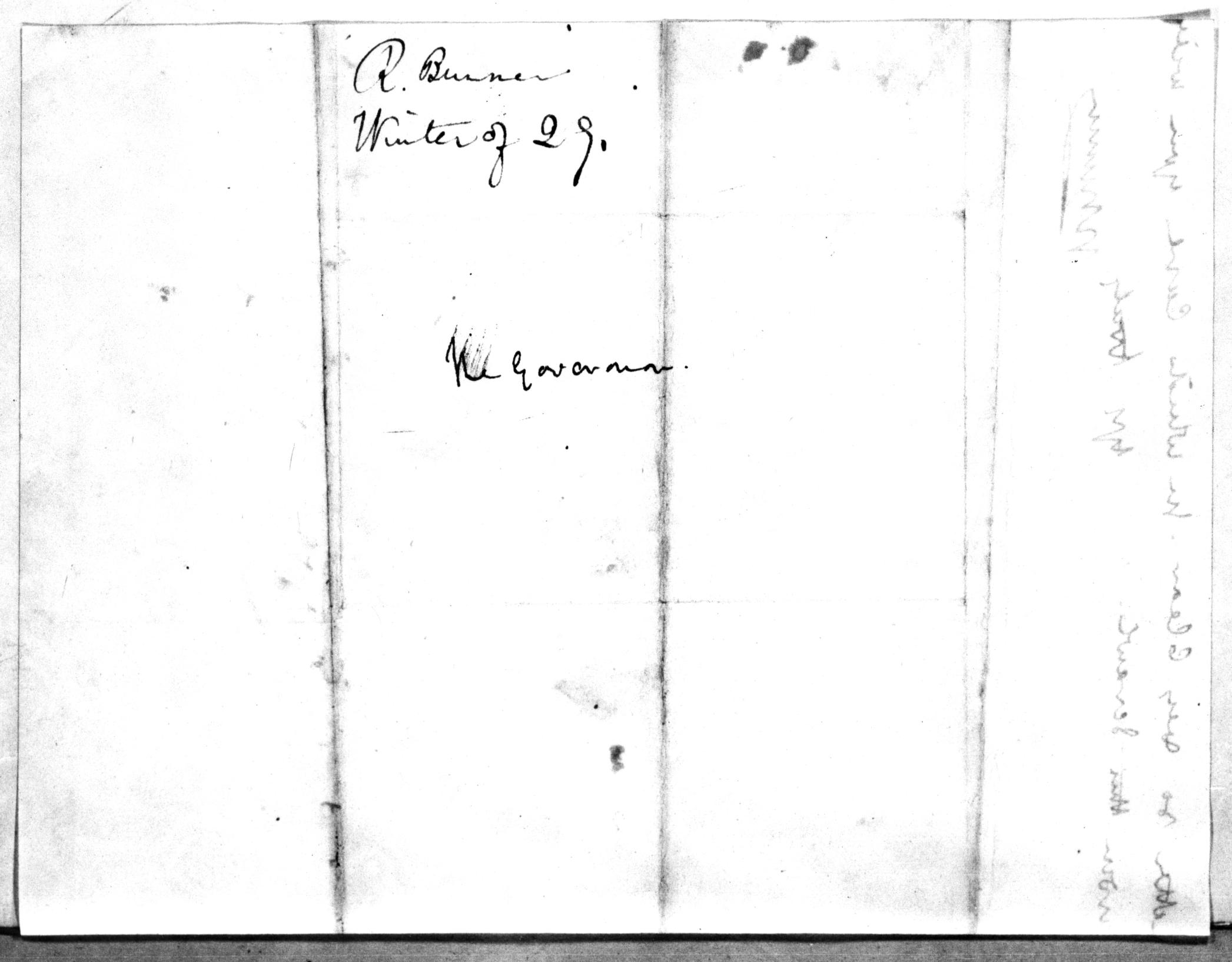