Your letter of the 15th Inst is ^was^ recd today. I have not and will not deliver <illegible> the one enclosed to Eaton because your opinion in regard to McLane can produce no beneficial effect in regard to him & will not be of service to you had it been received yesterday I should not have hesitated. From The Genl or Lewis I have heard nothing fr yesterday or today. But I intimated to the Genl on Tuesday that he ought to write Ham. Hayne Drayton McDuffie & archer to confer with him & I did so with Hamiltons permission He invited them to meet him last evening at 9. They did so and this morning I learn from Ham. through McLane that He McL <illegible> is entirely out of the Question & that the Cabinet is to be V.B. State, Ing. Trea., Eaton War, Branch Navy, Berrien or B P P Barbour atty Genl, the former having the best chance I have not seen the General and but will tomorrow & unless he tells me that he still hesitates I in regard to Mc Lane Eatons Letter Shall remain unanswered Mc Lane authorised me to inform you of this state of things; he thinks you ought not to accept I differ from him you are not responsible for the Cabinet & must reply rely upon the your own force to give it such a direction as you could wish & I have no doubt that instead of being Stale mated that you will check mate your adversary Cambreleng who does not <illegible> Know all that is going forward & is not friendly to McLane believes that Drayton could be brought in all would be well He assures me that Drayton is your friend “au fond” against Calhoun you well know how to estimate these appearances as they are premature I do not rely upon them but particularly as they are given out & to me at this particular Juncture

These matters do not tend to release me from the unpleasant feelings naturally & necessarily produced by Adams further disclosure which I know is utterly false and wicked.

God bless you my dear

PS. In my last I requested you should The Genl ask your advice to, <illegible> write to him in strong terms ^in favor of McLane I now^ I do think that is not wise But say to you cannot trust to the uncertainty of a <illegible> letter through the P.O. & refer him to me or write you a nay you cannot judge not being possessed of the whole ground in neither case will you be responsible & responsible you must not be 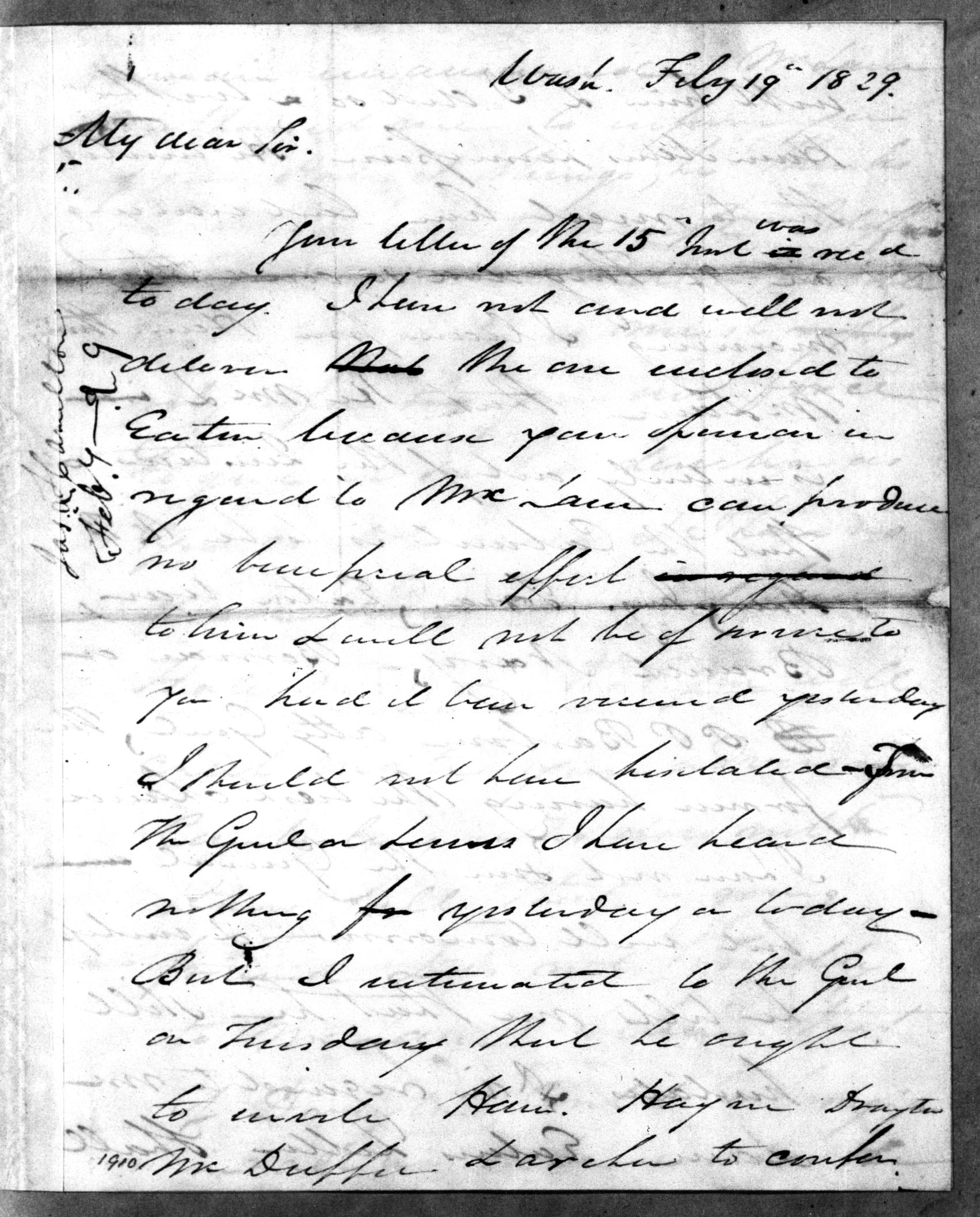 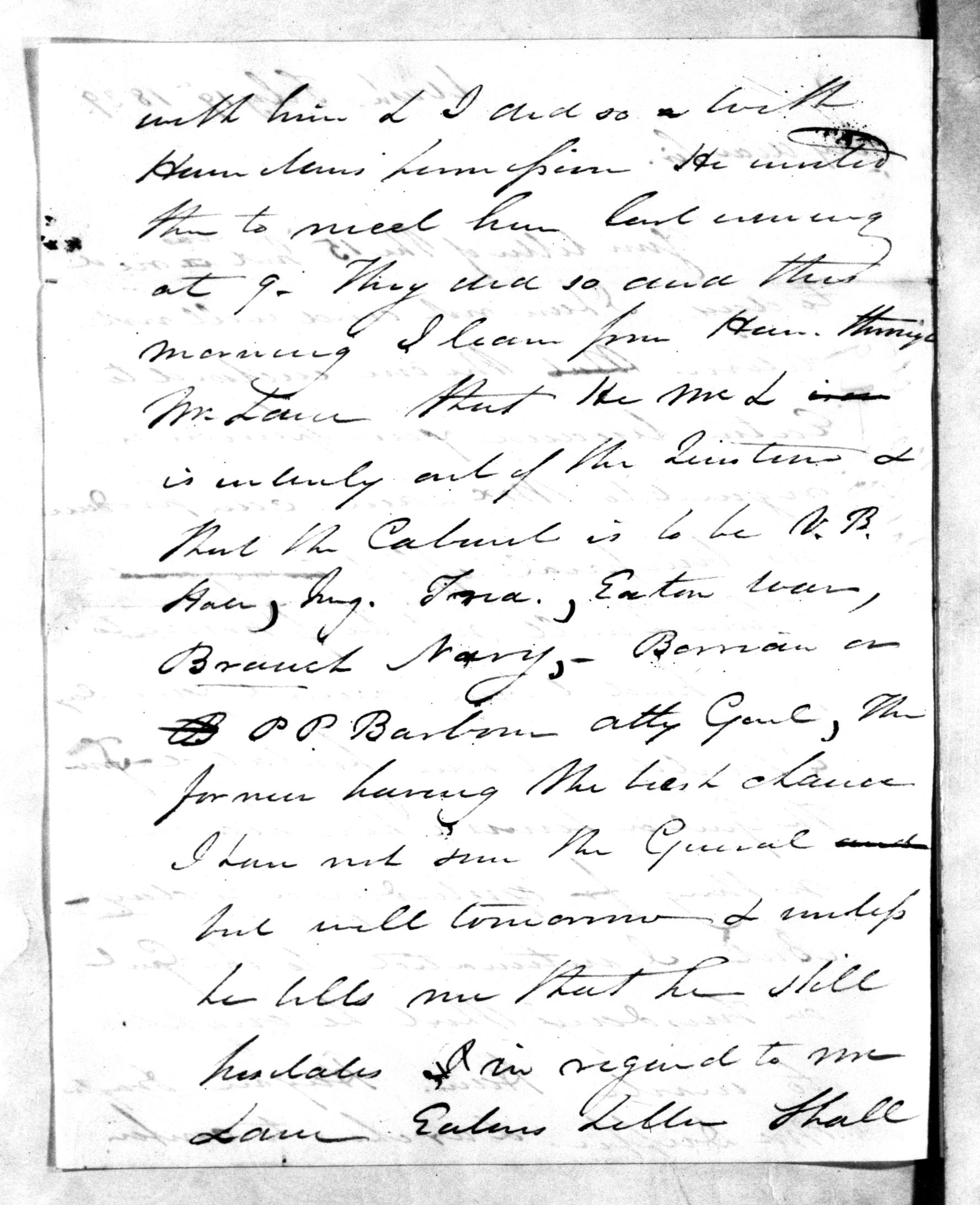 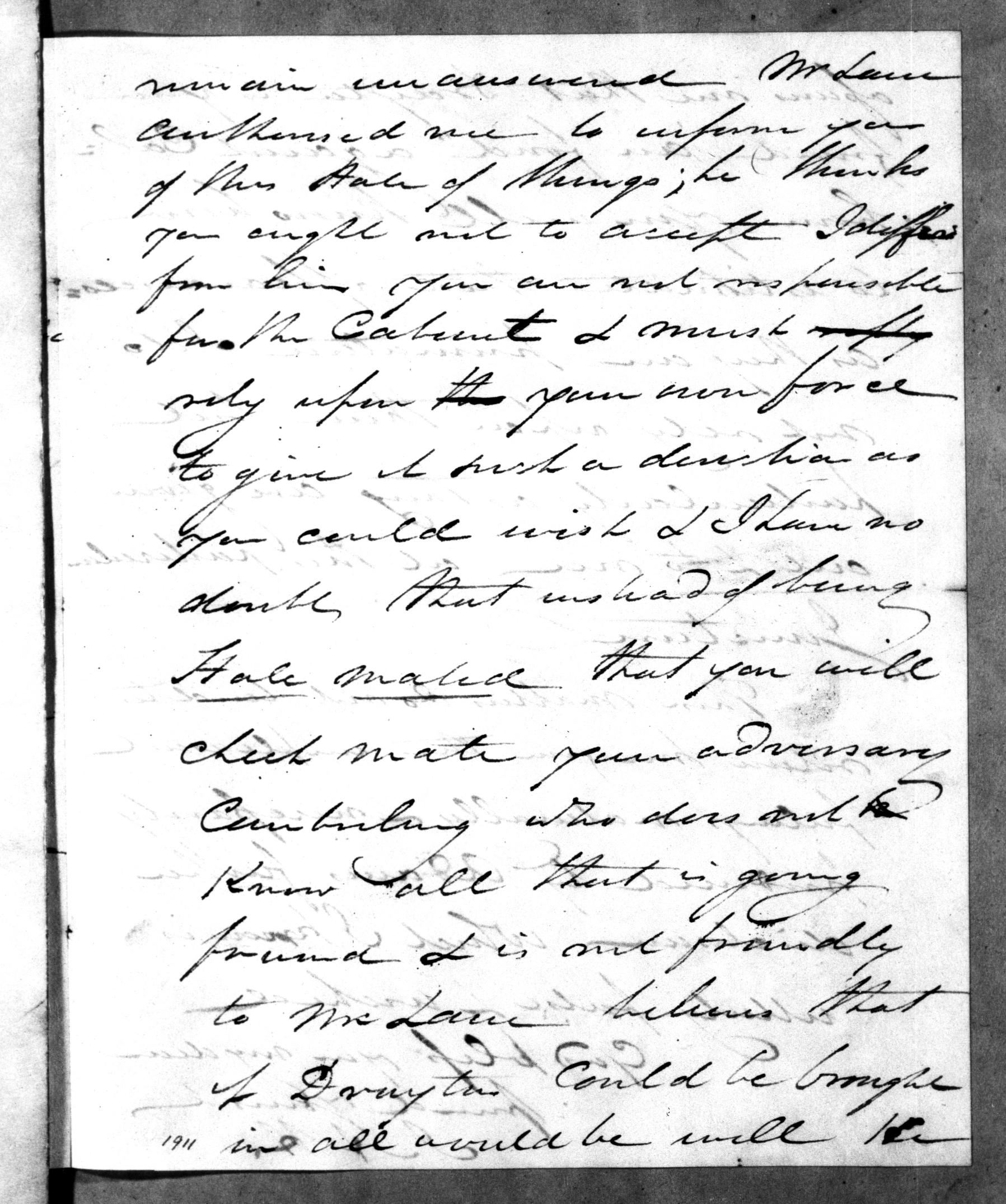 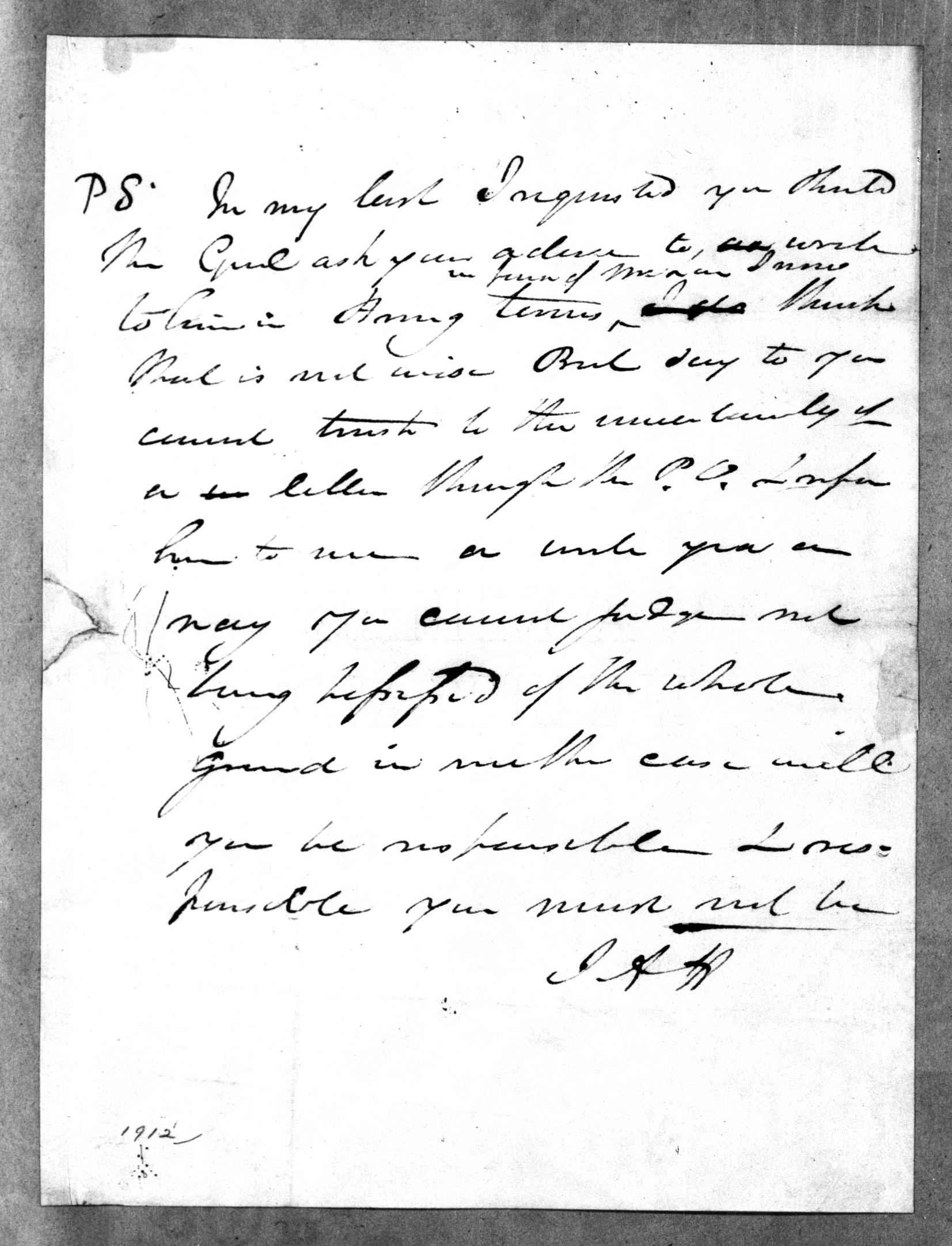