I was surprised, meeting with our friend Hamilton, of New York, this morning, to learn that he had not heard of the following cabinet, which if it be not in all respects true, is nearly so.

State VB. Treasury—Ingham, War—Eaton, Tennessee, Navy Branch North Carolina. Atty Genl. Berrien P.P. Barbour, or, Baldwin, most probably the first. Such a composition of a Cabinet requires no comment; and I confess I do not perceive how it is to command the public confidence. I am a good deal at a loss to account for it, tho' I strongly suspect it to be the work of the V.P. Certain it is that, those men who it was natural to suppose would have been invited into a consultation were not seen until these arrangements were formed. South Carolina <illegible> held off, for an invitation. That <was> <illegible> only yesterday morning, and an interview in consequence of it took place last night with Hayne & Hamilton who, represented the views of the south generally. They were invited by the V.P. whose had intercourse had been constant. They pressed you, Cheves, Del. Ohio, & for Atty Genl. Virginia, but immediately discovered that the above arrangement was not to be changed. <Thus> then the V.P. invited to a consultation, after it could not be available. The Genl. <sd>. Ingham had been forced on him by the Penn. delegation in a body, demanding the highest place, thus setting above Ohio. By what interest that miserable old women Branch has ever dreamed of no one can tell. But ^as to Eaton^ the Genl. said is understood to have said that, having satisfied others in the other appointments he thought himself entitled to have at least one private confidential friend constantly about him. Berrien is supposed to be advocated by Eaton, & R.M. Johnson. Barbour, by the claims of Virginia; and Baldwin by the Generals own partialities. Archer says Barbour will not accept if the office be tendered. Now how lamentably stands the old man on his two prominent grounds of commitment: a reasonable disregard of old party distinctions, and an unnecessary resort to Congress for Cabinet appts.? Quite an exclusive policy as to one, and taking from Congress 3 out of 4 & these of the worst capacity, and reputation in the country!

I confess I supposed Genl. J. would not determine upon his Cabinet until he consulted with the <illegible> members of it, and that he would feel bound to allow his opinions due weight in its formation. Of the men named you have as full a knowledge as I; of the probable effect of such a ministry upon public opinion you can judge as well as I, and of its influence in the south especially you ^can^ judge better. I do not believe it will be acceptable any where, and I am <sure> ^if^ it <will> ^do not^ produce disappointment and mortification every where. It is opposed to every calculation formed throughout the contest. It can make no appeal to the moral intelligence of the Country, if it do not serve to confirm many of the intimations of our enemies. In Del. he shall be compelled "to hang up our bruised arms for Monuments" of -----.

In this state of things I leave to your own reflection to determine whether the interests of your friends & your country will require of you the sacrifice of assisting by your councils in the Cabinet to repair its defects & give strength to the administration, or, of remaining on your present elevation and leaving these strange occurrences to run their own race. I write in much haste & therefore omit many speculations I would otherwise indulge in, <desiring> only to give you the facts as far as I have them, I believe, from a <earnest> <source>. 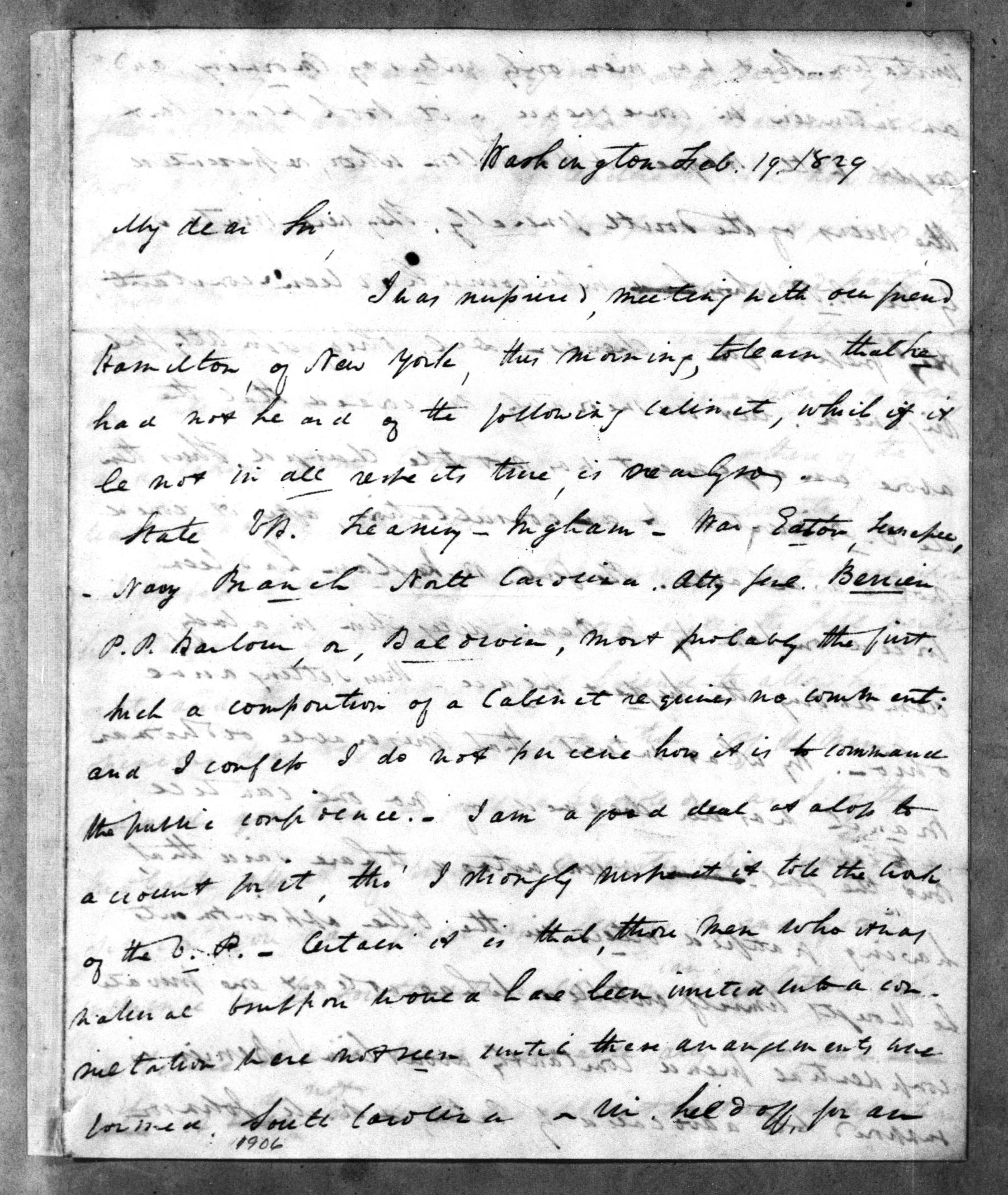 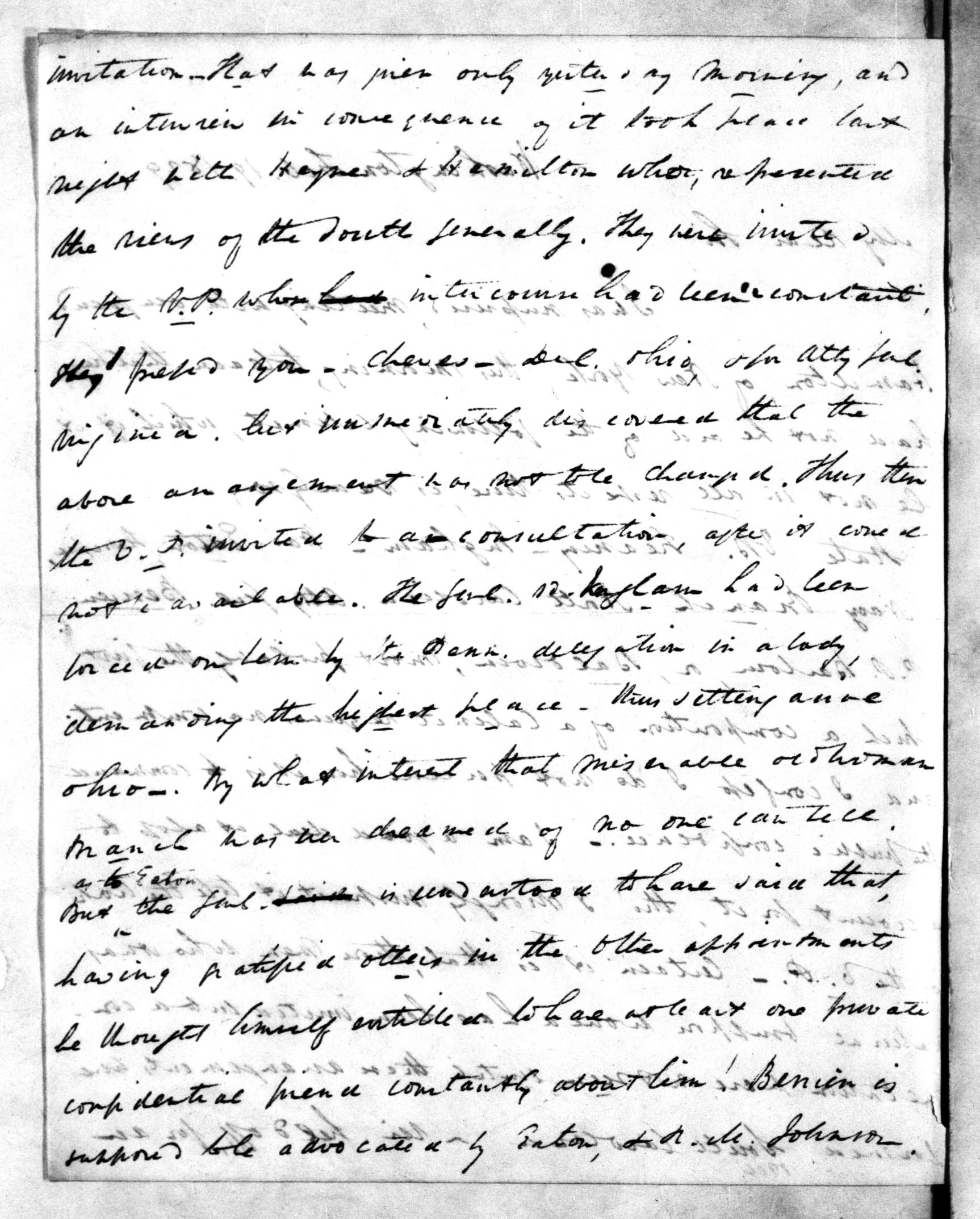 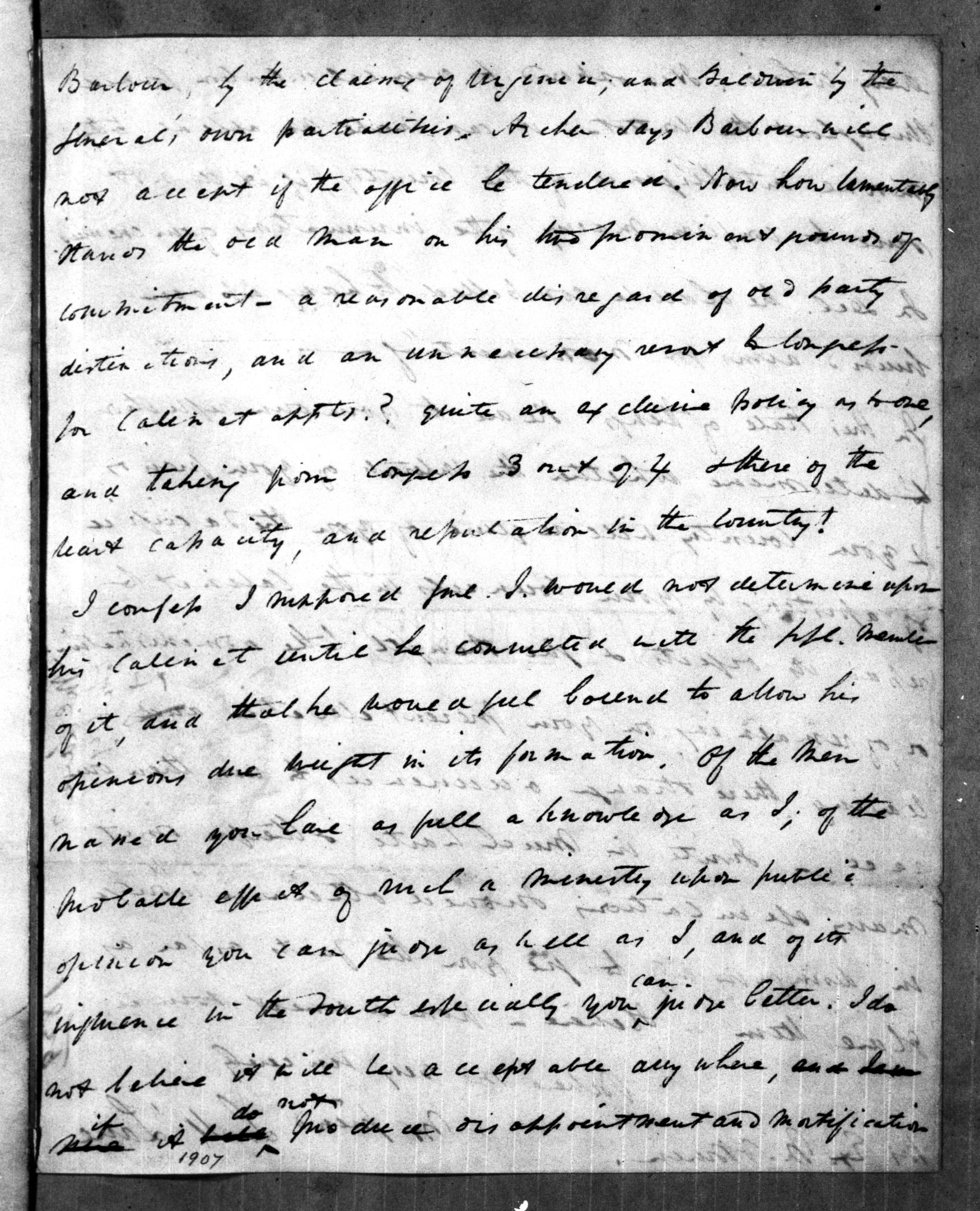 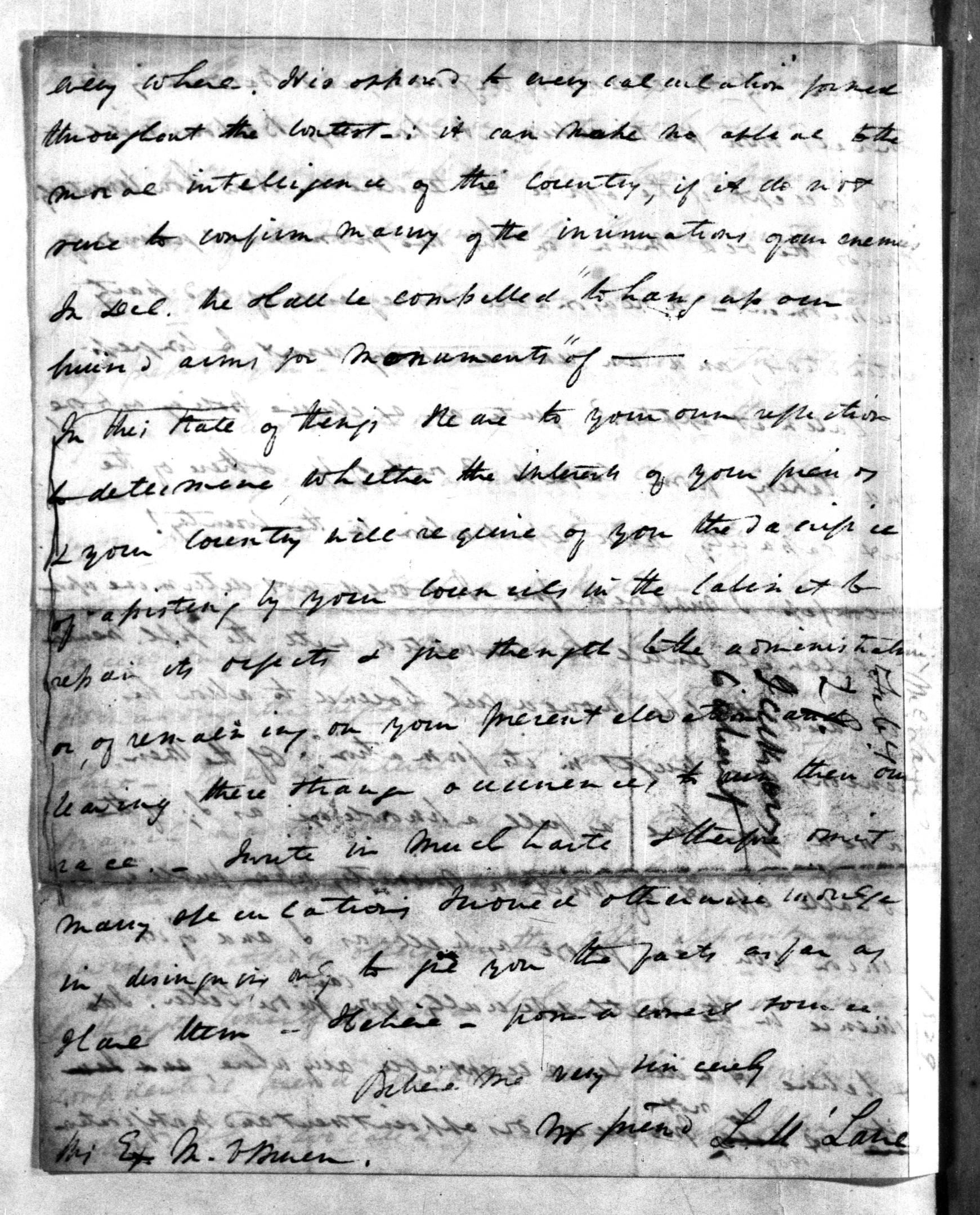