Yesterday I dined with the Genl. in company with Calhoun Baldwin Stevenson The Tennessee Delegation & Cambreleng. The General after computing with me the time within which he could receive your answer to his letter <illegible> inquired whether it was not possible for you to be here for two days before the 4th. I said it was not & that you could not probably be here before the 10 or 15th. He has some difficulty about the Dept & says it must ^will^ be left & unprotected until you get here & that he will have no intercourse with it ^while the people remain who are now there^ He then talked the <W> over with me the whole matter as to his Cabinet for all which I infer that the Choice now as to between Ingham & McLane of Del. & The more I hear & think on the subject the more I am convinced the latter out to be selected & let the other take the War. Tazewell is out of the Question. The Calhoun influence is much <taken> of him, it is not however very great If the Genls letter permits you to express an opinion I hope you will do it <illegible>  & particularly advise him to leave the Question as between Ingham & the two Mc Lanes <illegible> to Hamilton Drayton Mc Duffie Archer Dickerson Tazewell with divers others They will divide depend upon it <illegible> in favor of McLane of Del. I am compelled to remark that I have not referred to the destitute relation of the State Dept to prompt you in regard to myself on the Contrary I feel f bound to say that the more I reflect on the Subject the more am I disinclined to live here the pl but to advise you to make some suggestions to the Genl on that subject in order that your <illegible> ^absence^ may be as little bothersome to him as possible I would advise that one of the other Secretaries should ^be required to^ take charge of that department ad interim to term. <illegible> out & that his place should be supplied temporarily by one of your friends and I have no hesitation to say that for that purpose I am at your service. This arrangement will relieve you perhaps from the embarrassment of being <Lee> there and the offer is made by me entirely with that view and no other I will remark that that an objection on my part will be that the salary being only 2000 I could ask him for that sum & I am determined that if I serve the public I will be supported, to make money is not my desire.

Shall I take lodgings for you & when 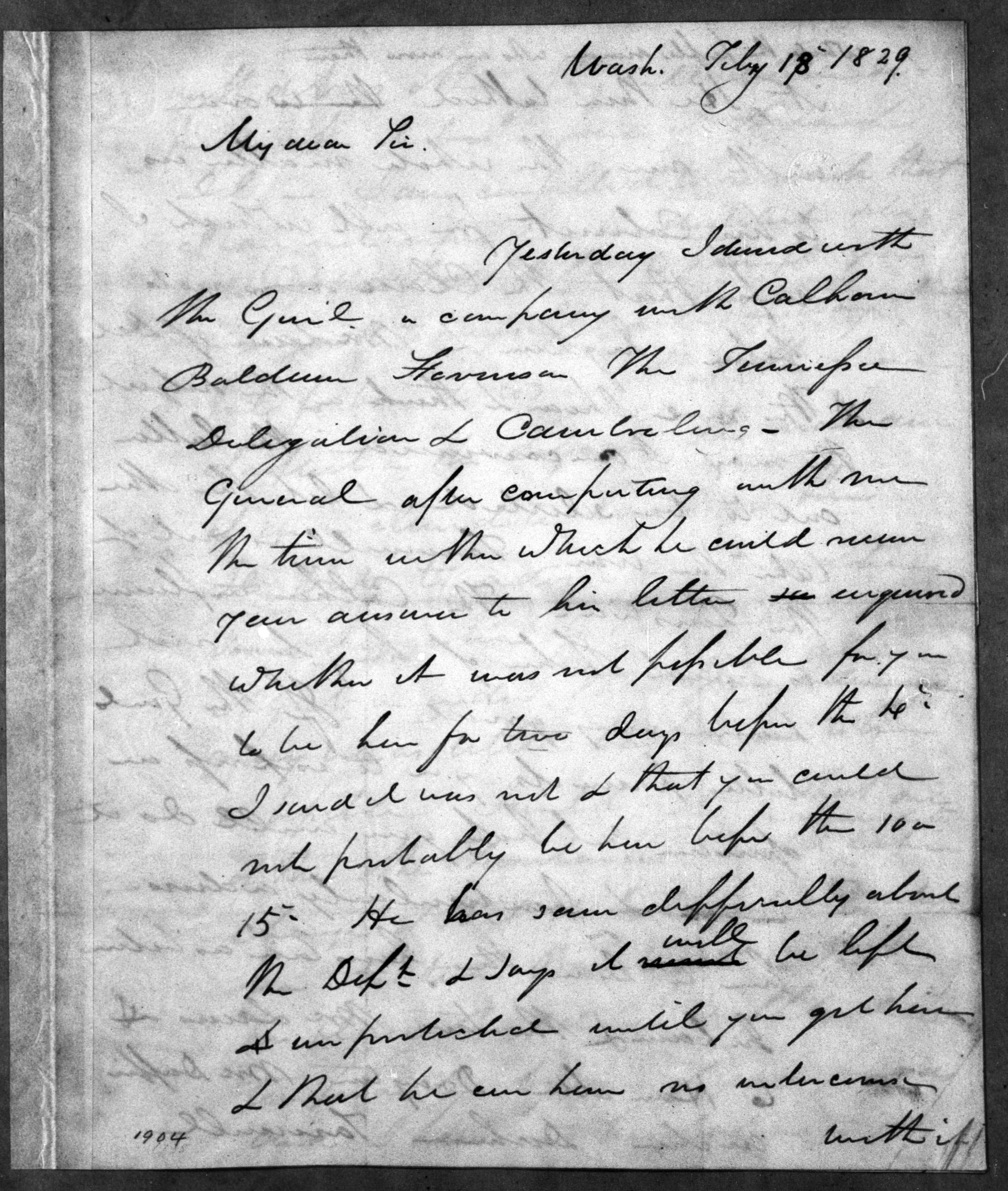 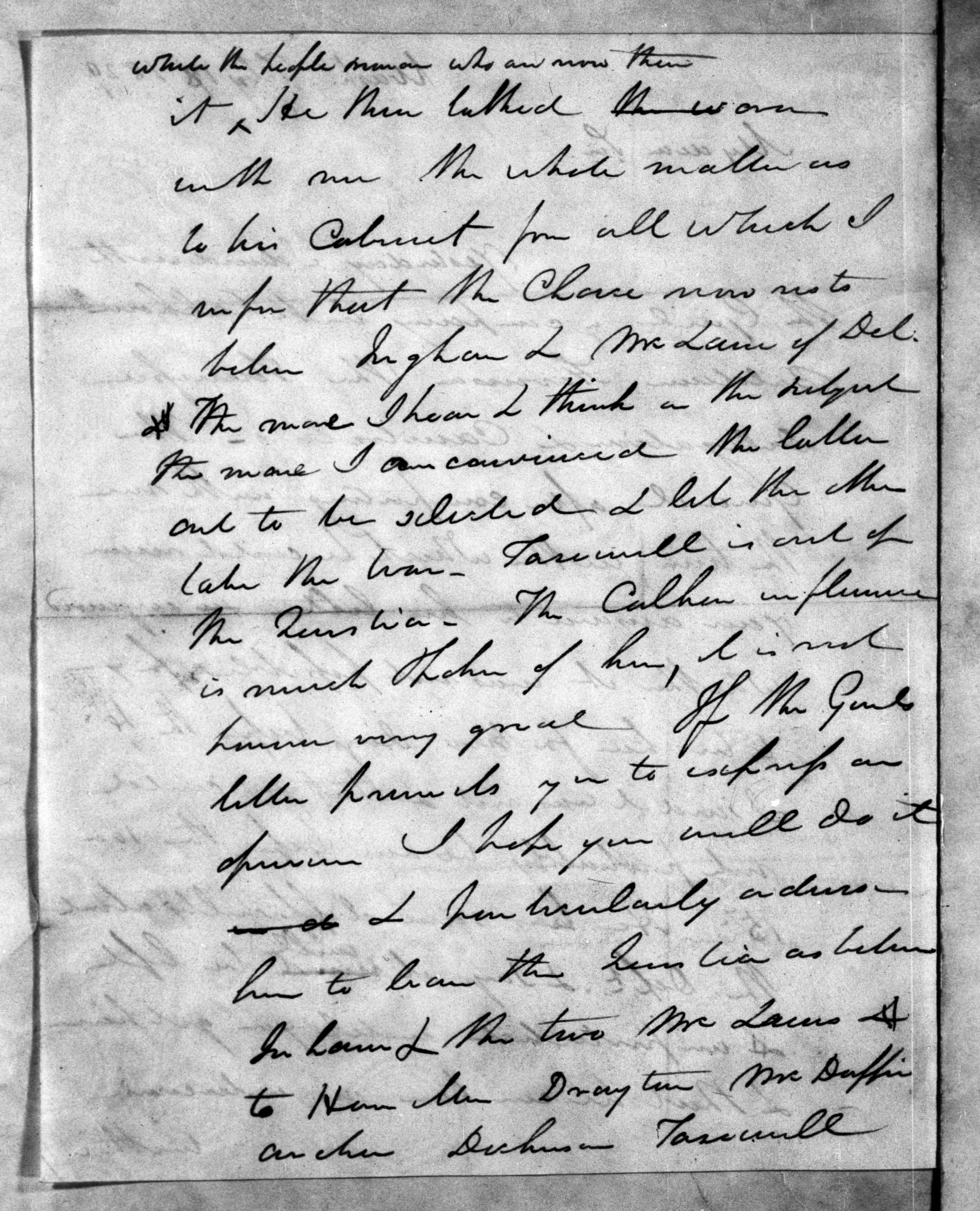 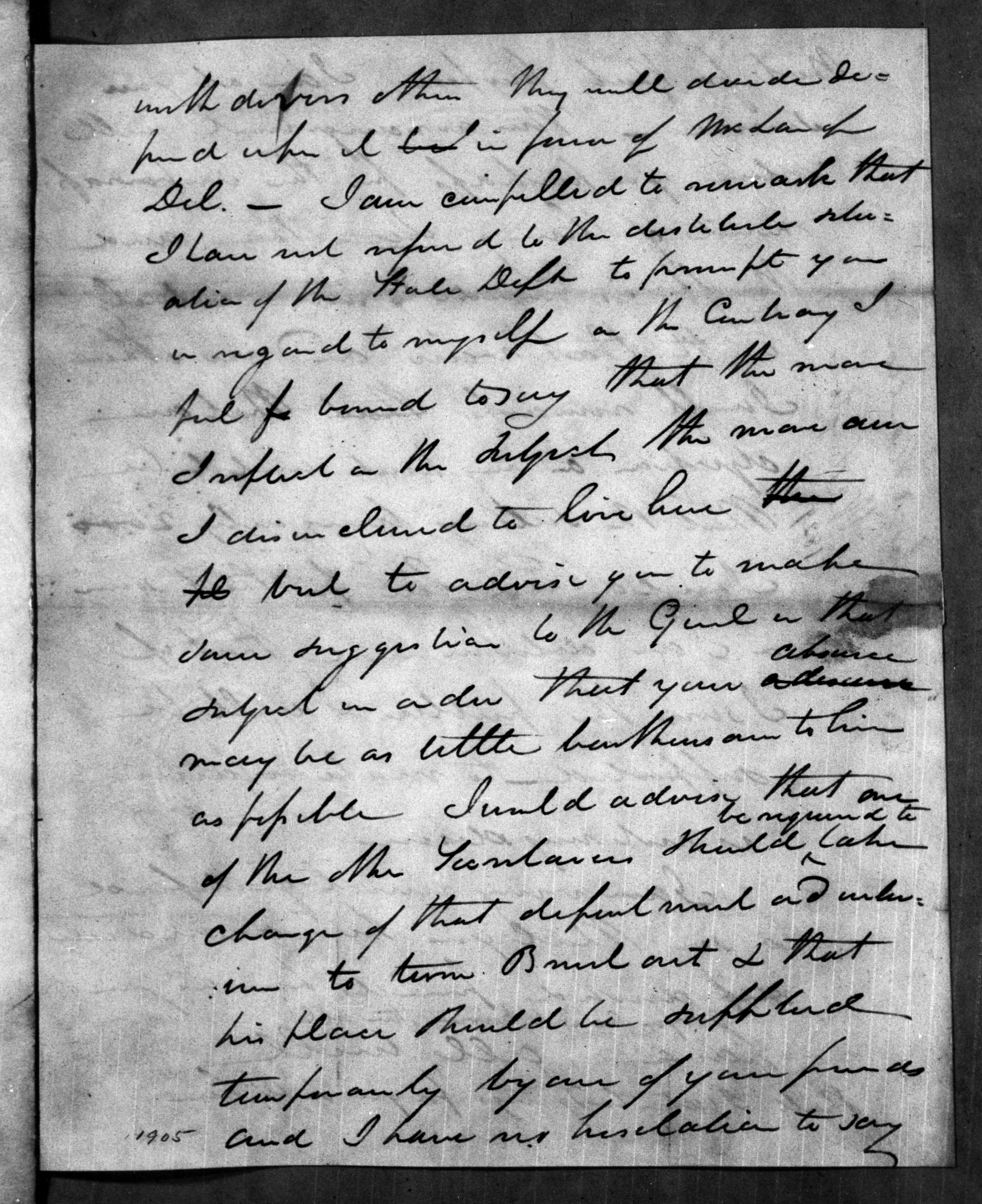 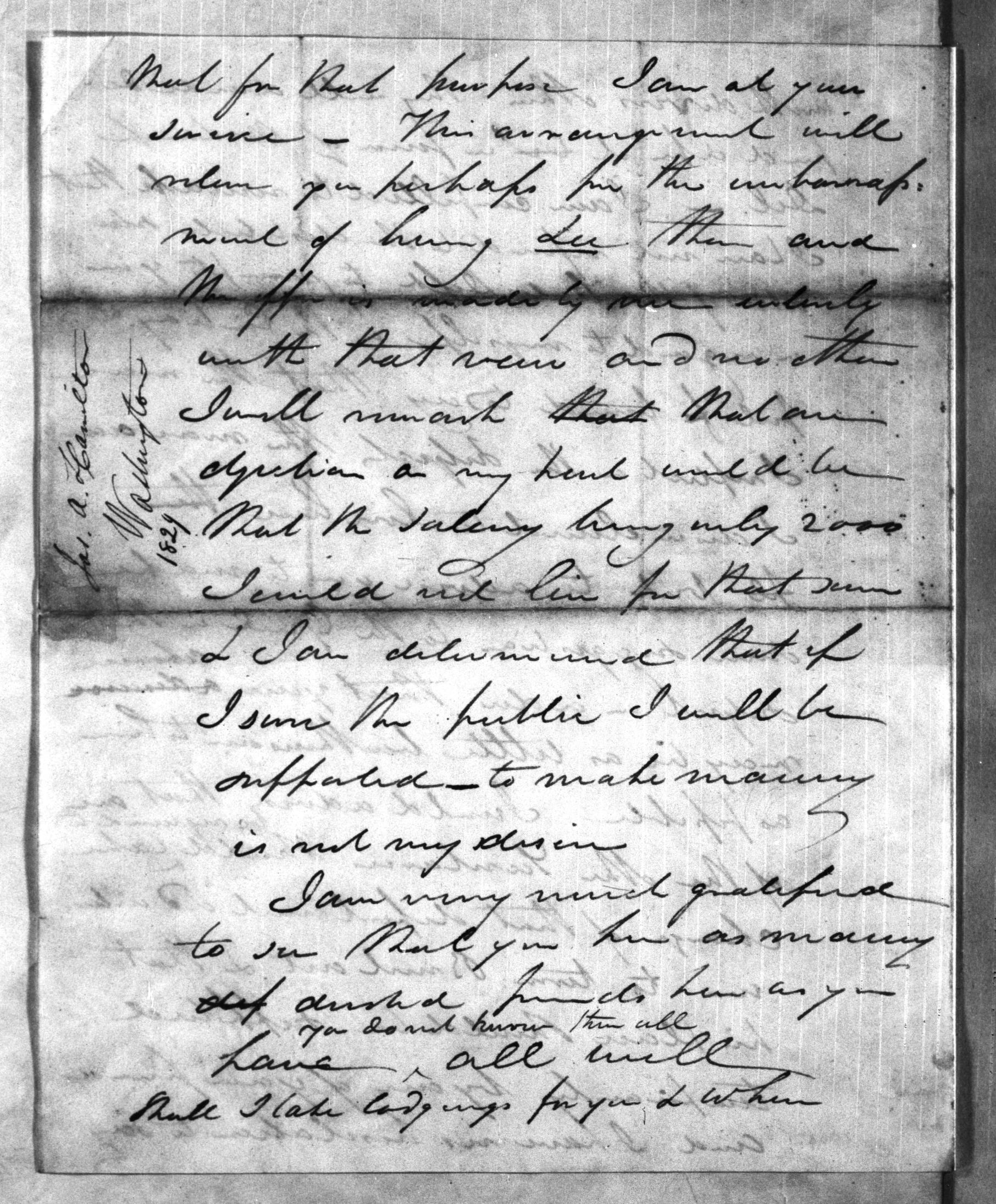